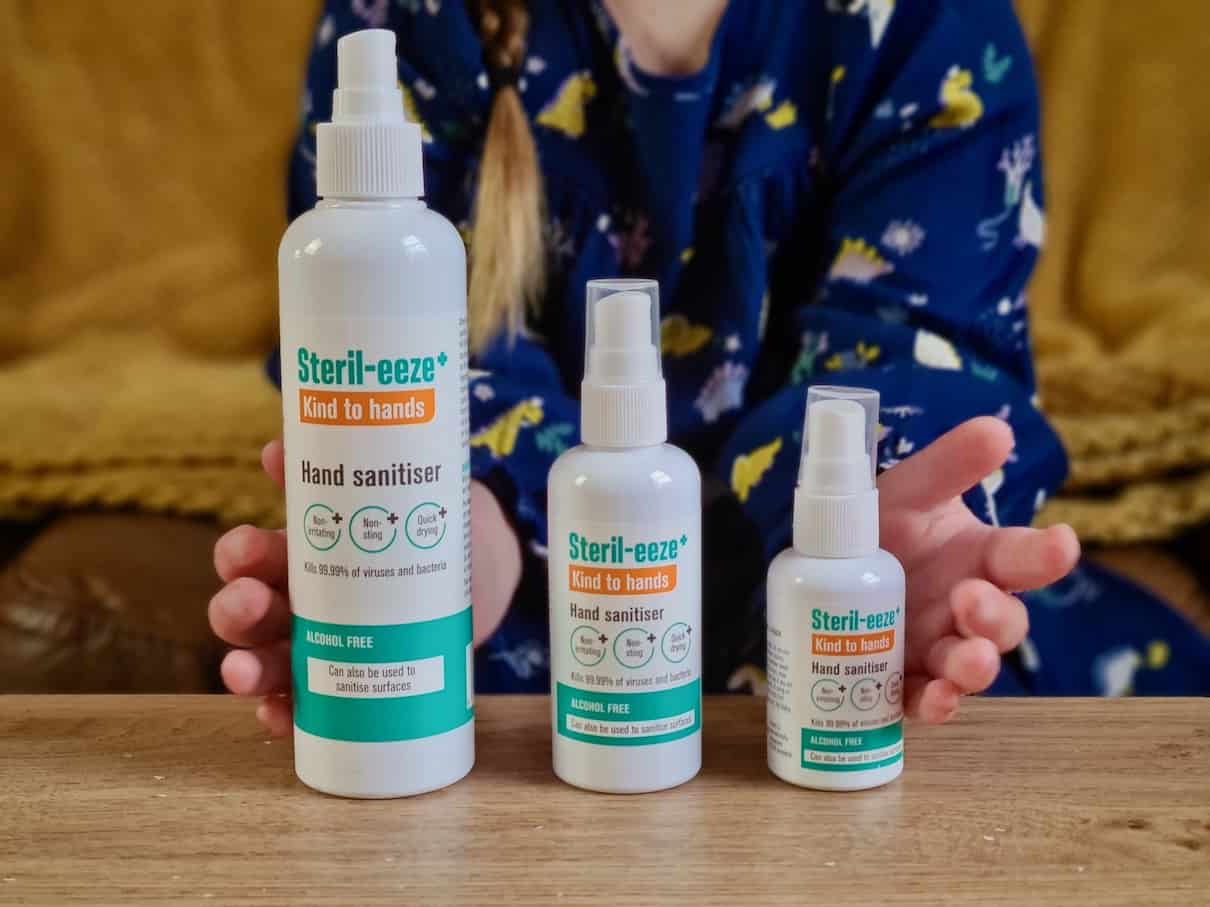 Since March we have had it drilled into us that we must take a lot more care on a daily basis; wear masks outdoors, wash our hands more and also use hand sanitiser. I don’t know about you but I have found that a lot of hand sanitisers are either sticky, smell awful or can sting if you have the tiniest of cuts on your hands. I recently discovered Steril-eeze though and it’s a real game changer! 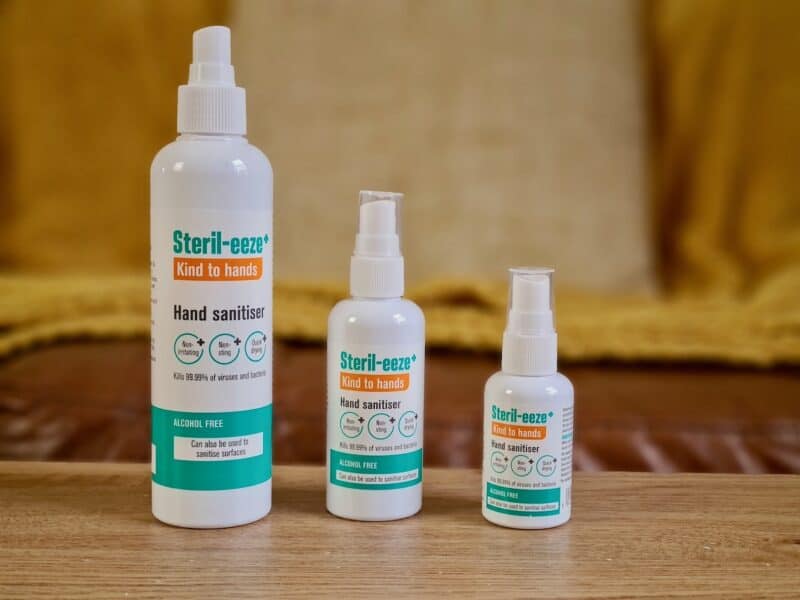 Steril-eeze is a hand sanitiser with a difference as it is alcohol-free. Instead, Steril-eeze uses something called Hypochlorous Acid, which occurs naturally in the human body and works to destroy harmful cells. This has been used in various healthcare settings for years now and has now been used to make hand sanitisers.

I’ll be honest, I don’t know a lot about science or the technical side of things but the Steril-eeze website breaks it down in a way that’s easy to understand. 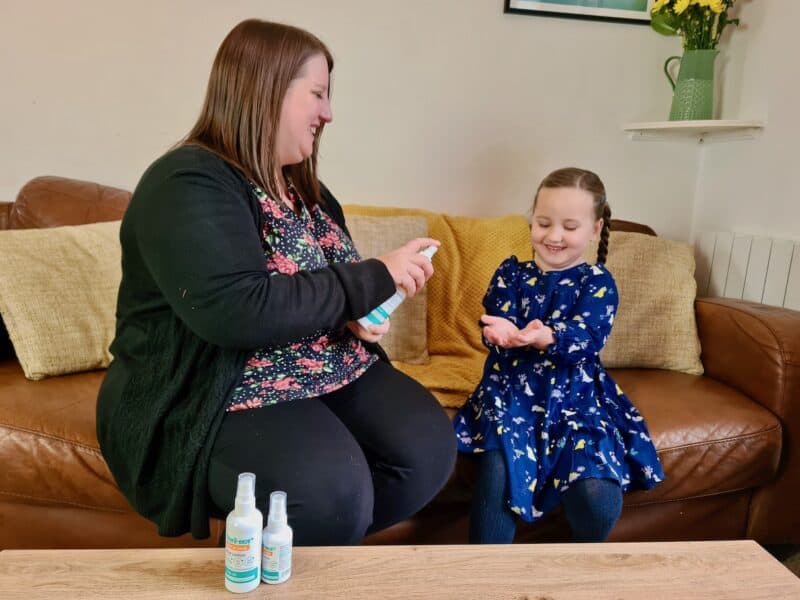 As a parent of a young child sometimes it can be hard to encourage them to use hand sanitiser while out and about, especially in places such as shops and restaurants. Erin has said plenty of times that some hand sanitisers have been horrible on her hands or really sting when she uses them. With products like this, children aren’t going to want to keep on using them repeatedly.

Steril-eeze uses a spray bottle rather than a gel and this means a fine mist is sprayed over the hands and it dries quickly! There’s no need to rub it in for ages to work it in or to make it not feel as sticky. All you need is a quick spray on each hand and you’re good to go! Steril-eeze is really kind to hands as well so there will be no complaining about it stinging coming from Erin. 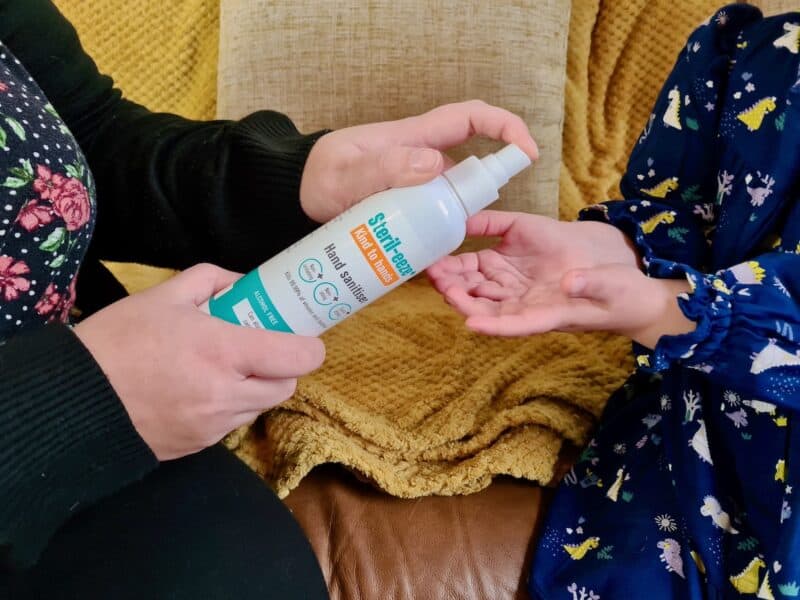 I want to use something that I trust to help keep me and my family safe so knowing that Steril-eeze kills 99.9% of viruses and bacteria is really reassuring. I can use Steril-eeze at home and it’s really easy to pop in my handbag leaving me ready to use it whenever we might need to.

Steril-eeze comes in three different sizes, 50ml, 100ml and 250ml, and you can also buy multipacks! Available to buy from Morrisons and Amazon (affiliate link).

Enter to win a Steril-eeze bundle! 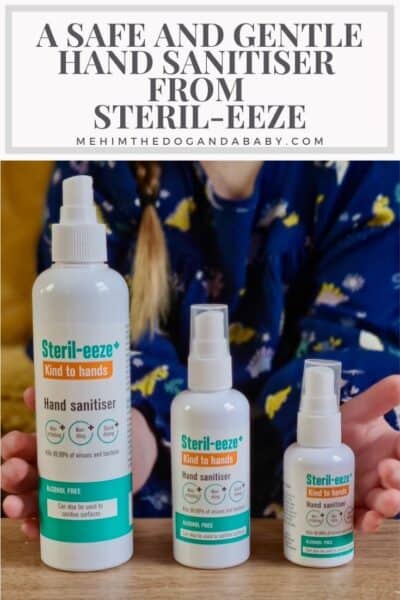