A good while back now I wrote about Erin making best friends at such a young age. As we go to quite a few baby classes we get to see some people and their children more than others. Someone we see a lot is Megan and Noah, Erin’s best friend. 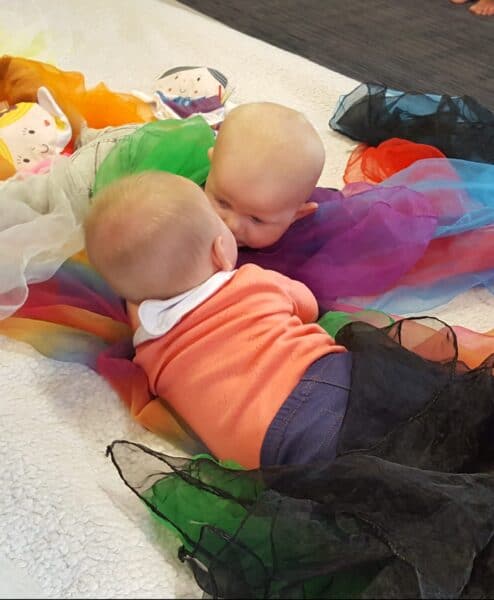 Now that Erin and Noah are coming up to being 9 months old they really seem to recognise one another. For weeks Erin has immediately wanted to get to Noah when she has realised he was there. Back in July she would try to climb over me to get to him. Now, at the end of September, she can actually climb over me!

We go swimming together every Monday and since the beginning of term a few weeks ago, things have begun to change. Noah is a little monkey and LOVES to splash as soon as he gets in the water. Erin was never really bothered about splashing but now she is. She sees Noah splashing and copies! It would be absolutely adorable if Megan and I didn’t get drenched!

I love that Erin already has a friend like Noah, even if he does try to grab her head every now and again! Erin has already started to borrow Noah’s clothes. I was at least 14 before I started borrowing boy’s clothes! 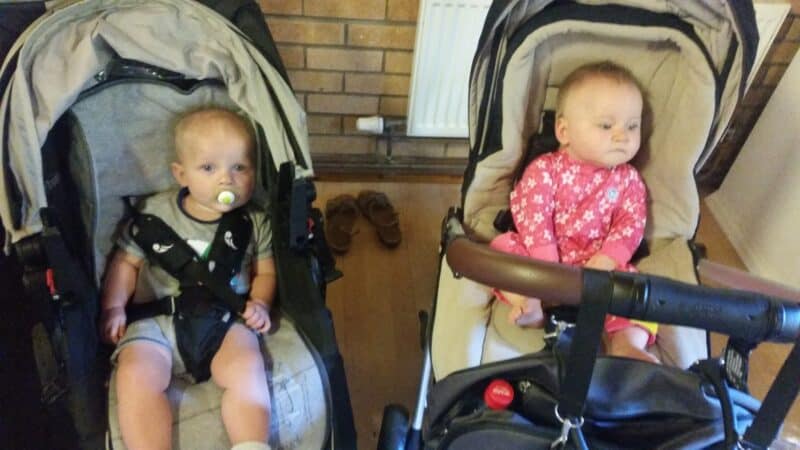 When these two get a bit older and are more mobile I can imagine what they’ll be like. I can see in my head them running around holding hands (they do this already) and causing havoc. These two are cheeky little things on their own so together they could be dangerous.

I really hope these two stay like this for a while longer before driving Megan and I a bit more mad!

13 thoughts on “The influence of a best friend”