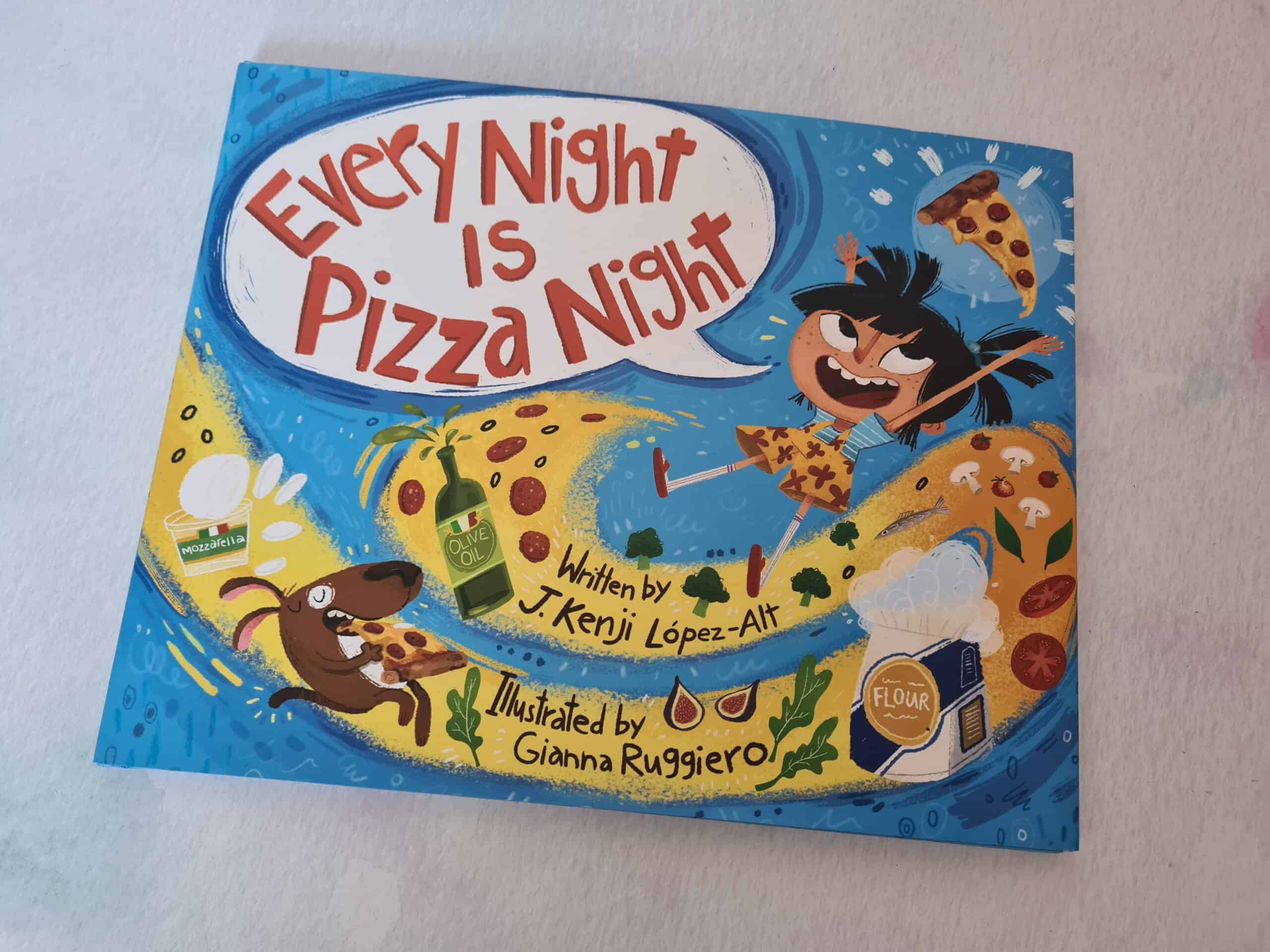 This week’s children’s book review is all about Every Night is Pizza Night by J. Kenji López-alt and Gianna Ruggiero. The book was published by Norton Young Readers on 15th September and it can be purchased on Amazon*. 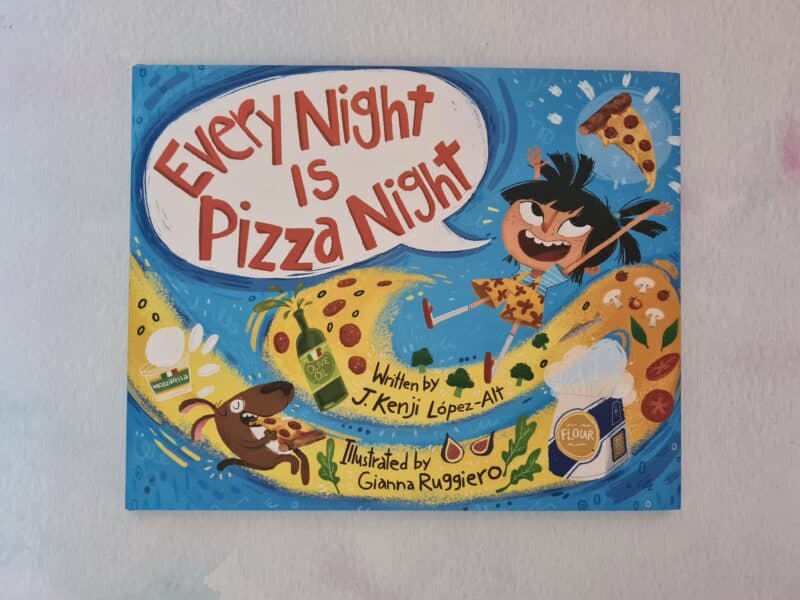 Pipo thinks that pizza is the best. No, Pipo knows that pizza is the best. It is a scientific fact. But when she sets out on a neighbourhood-spanning quest to prove it, she discovers that “best” might not mean what she thought it means. Join Pipo as she cooks new foods with her friends Eugene, Farah, Dakota, and Ronnie and Donnie. Each eating experiment delights and stuns her taste buds. Is a family recipe for bibimbap better than pizza? What about a Moroccan tagine that reminds you of home? Or is the best food in the world the kind of food you share with the people you love? Warm and funny, with bright, whimsical illustrations by Gianna Ruggiero, Every Night Is Pizza Night is a story about open-mindedness, community and family. With a bonus pizza recipe for young readers to cook with their parents, Every Night Is Pizza Night will make even the pickiest eaters hungry for something new. 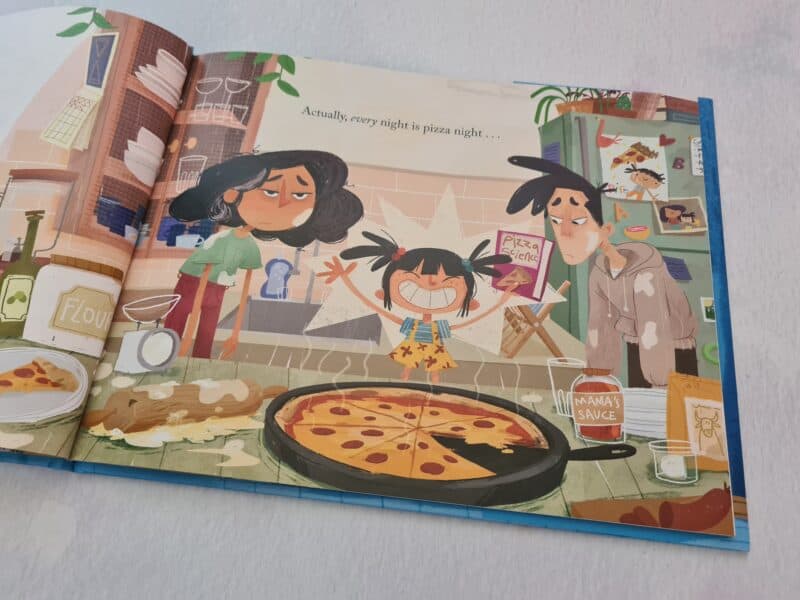 As a parent to a fussy child, this book was a great fit for us. Pipo loves pizza and she thinks it’s the best food ever… so much so that it’s all that she wants to eat! Although Pipo loves pizza, her parents are a bit sick of it and would love to eat something else! 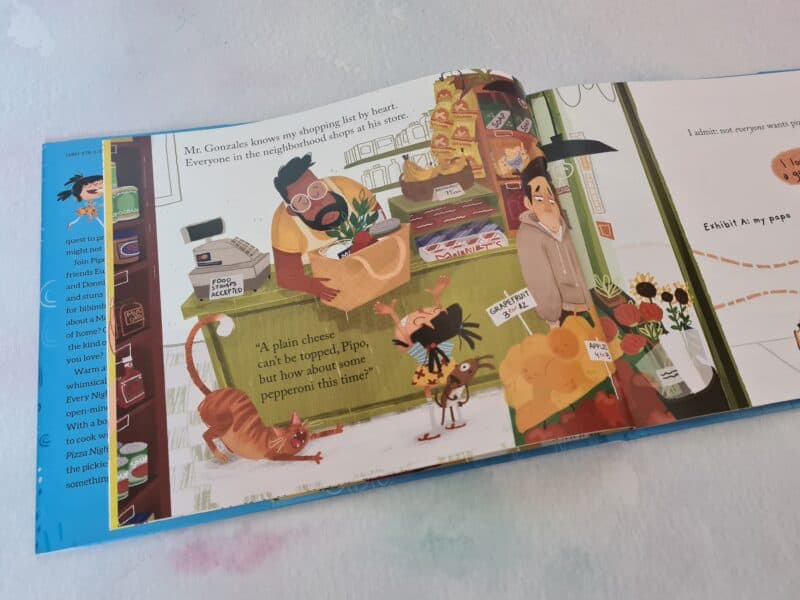 Getting Erin to try new foods can be really difficult, even if she’s attempting it a bit more now that she’s at school. Pipo goes through the book seeing various friends all who love different kinds of foods. Slowly, Pipo begins to realise that there are loads of different delicious tasting foods out there and maybe she was missing out by being so devoted to pizza! 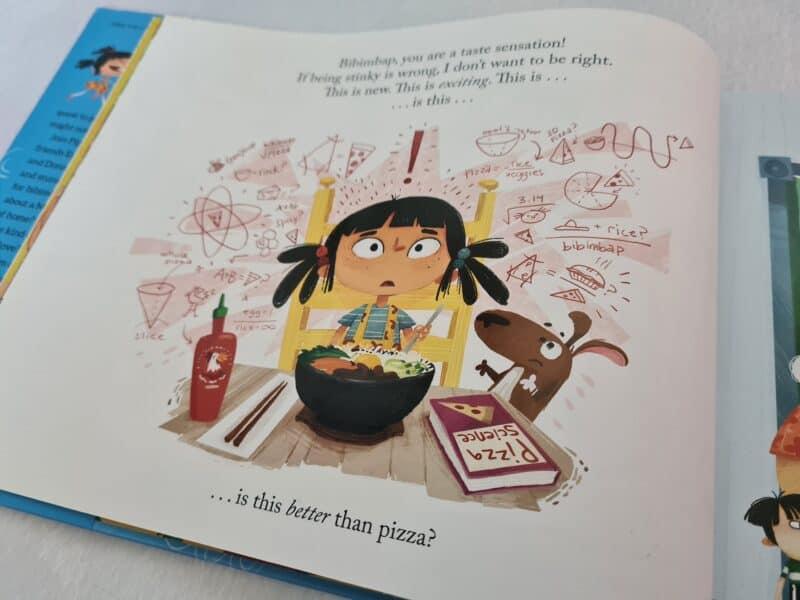 By the end of the book Pipo has tried lots of different kinds of food. Seeing another child do this is so great for fussy or picky eaters. Erin is able to see that trying new foods can be really fun and can even mean finding a new food that she really loves. 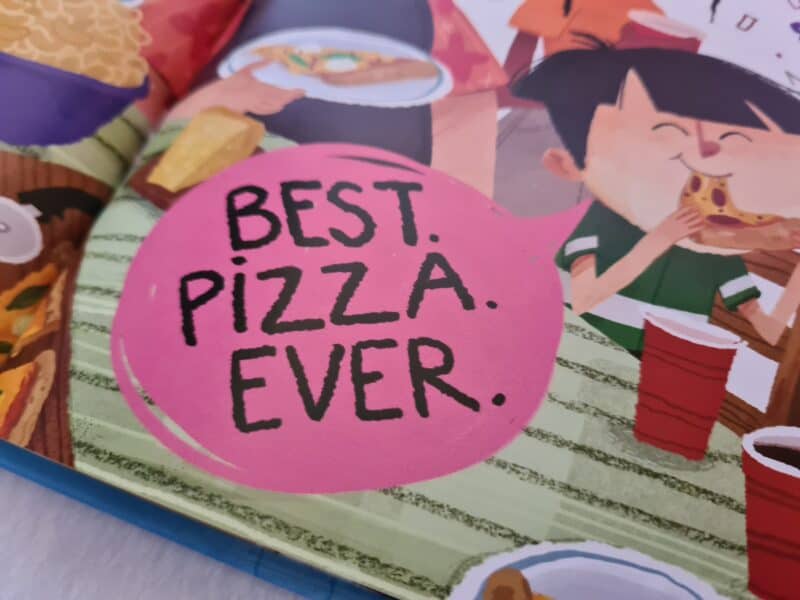 Like Pipo, I think Erin would probably eat a lot of the same foods each day (probably sausages). We really liked Every Night is Pizza Night because it helped to show Erin that trying new things isn’t actually scary and that it can be really fun.

WIN A COPY OF EVERY NIGHT IS PIZZA NIGHT

Win a copy of Every Night is Pizza Night 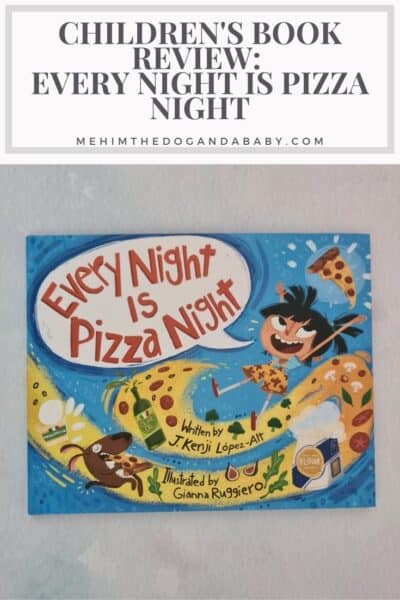