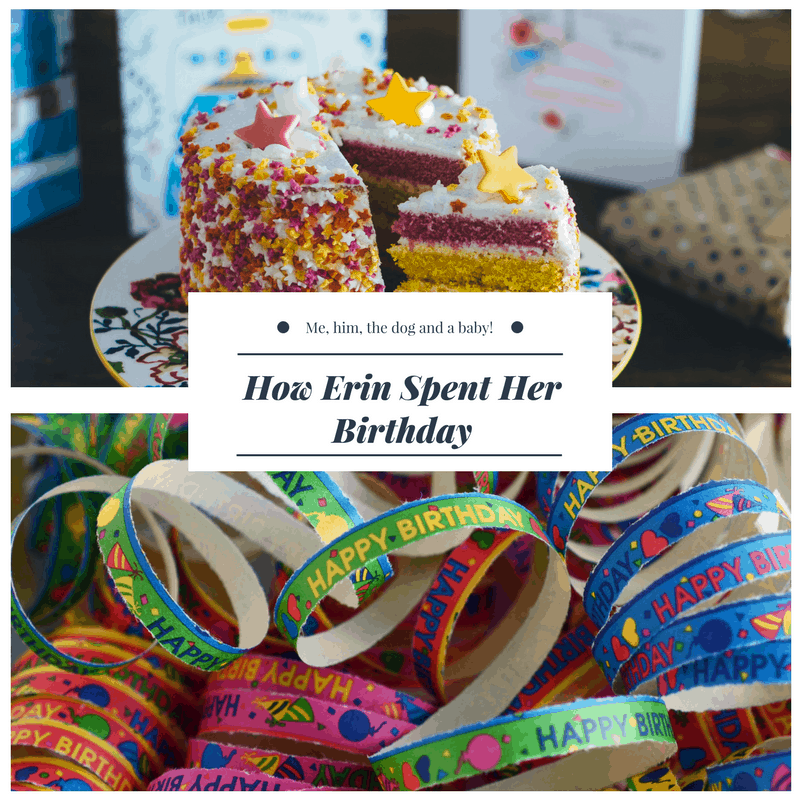 So yesterday was Erin’s 1st birthday and seeing as we’ve never done this before, neither John or I knew what to expect. I don’t really think it went as we thought it would.

We started the day off getting up quite early. Erin doesn’t really sleep at the minute. She obviously didn’t understand that it was her birthday but we did try to make a big deal about it. After how long presents took on Christmas Day we did things a bit differently. Erin showed no interest whatsoever in actually opening presents. She would pick one, bring it over and then get distracted by something else. Because of this, we opened most things for her so we weren’t there for hours on end. 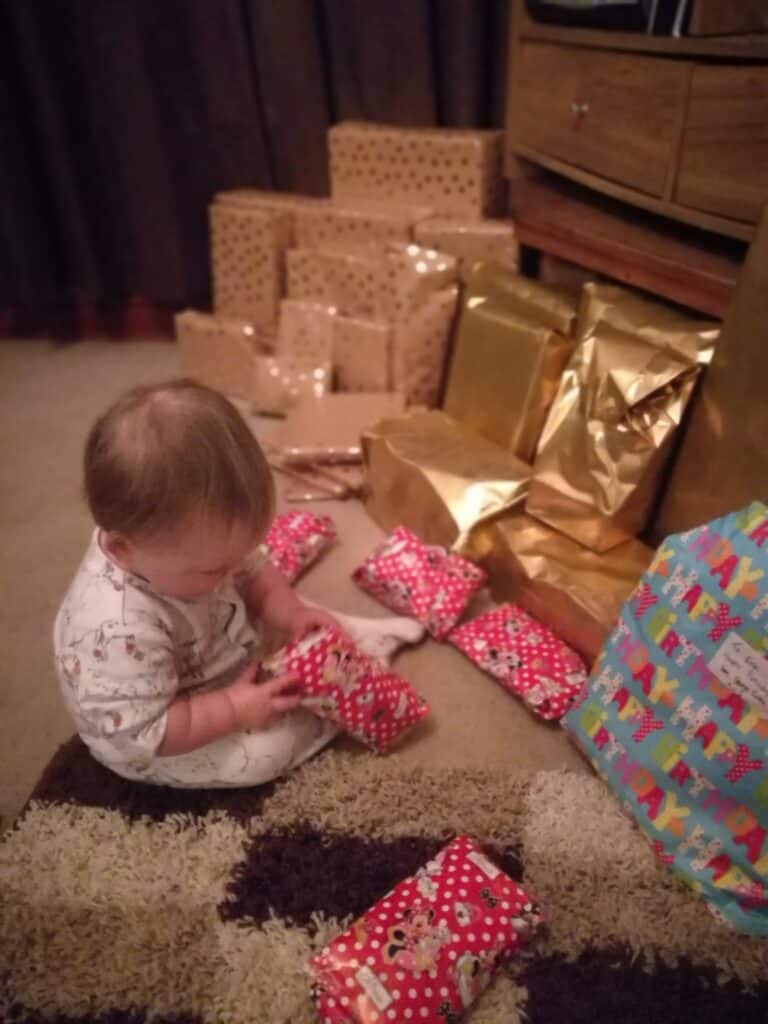 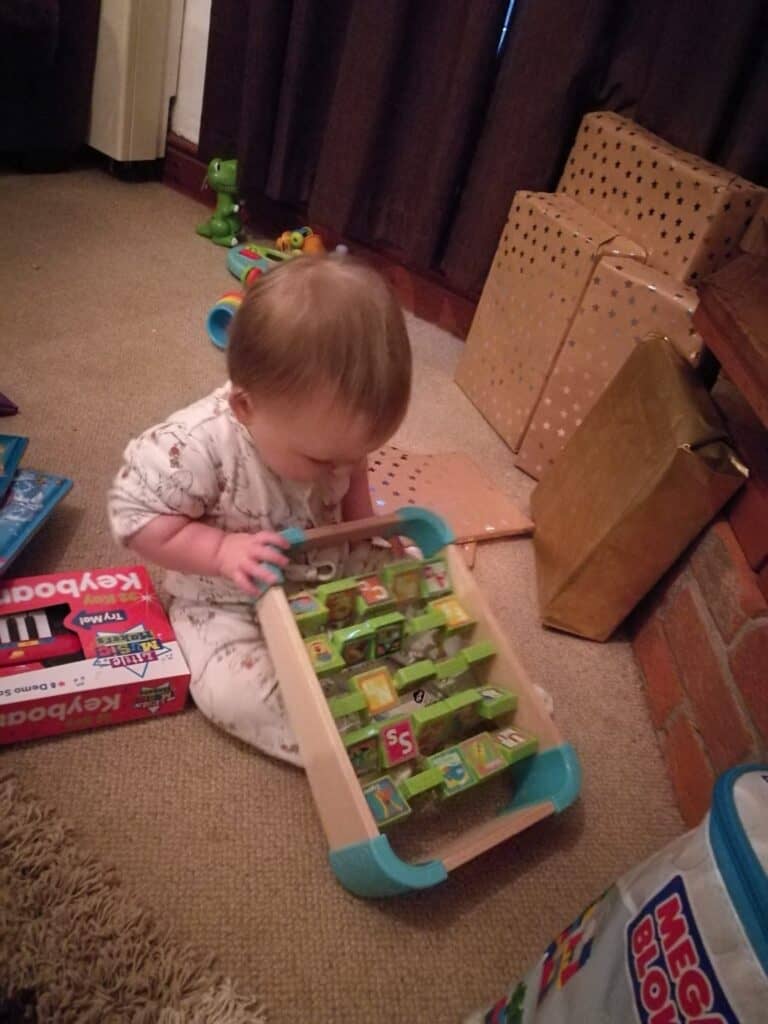 Presents were followed by Erin’s DIY smash cake. Well, I didn’t bake the cake but I did set up a bit of an amateur backdrop and took a load of photos. I’ll write about this in a separate post though so you’ll have to wait for the photos for that!!

It’s not very often that John and I get to go out for the whole day with Erin together as a family. Either we have no money or we don’t have the time off together. We decided to go into Norwich for a few hours and it was lovely. We did a few things that were needed and then went to Five Guys for lunch. It was John’s first time there and thankfully, he loved it! I’ve been raving about their burgers for weeks. Erin had a packed lunch and a couple of chips. 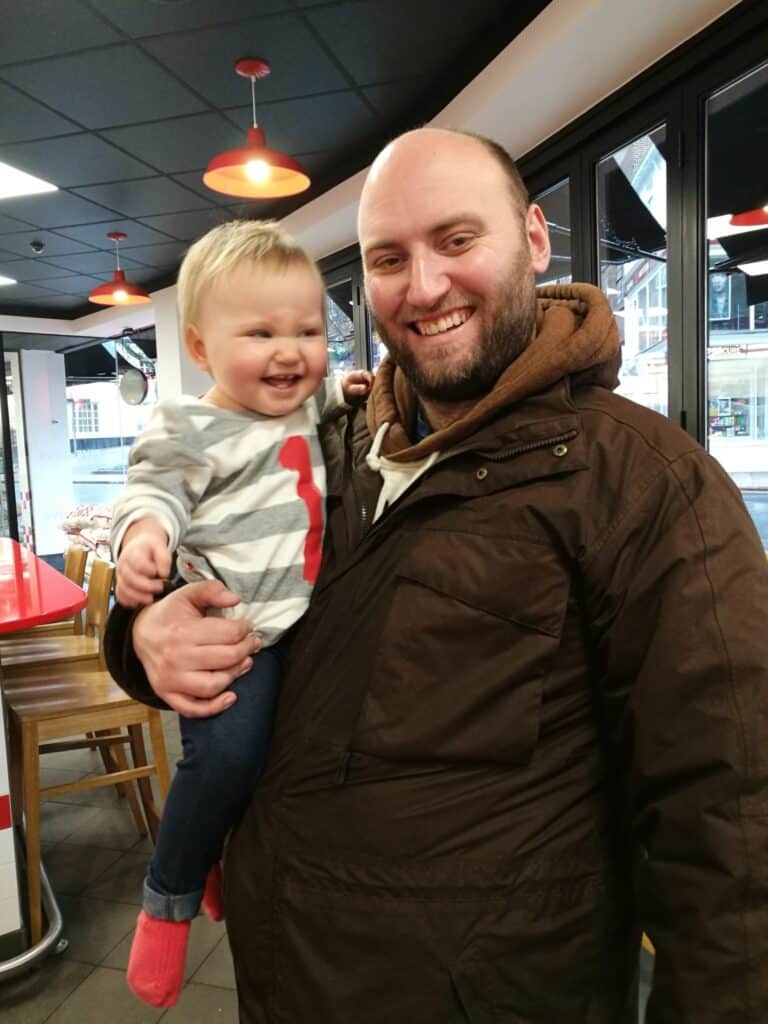 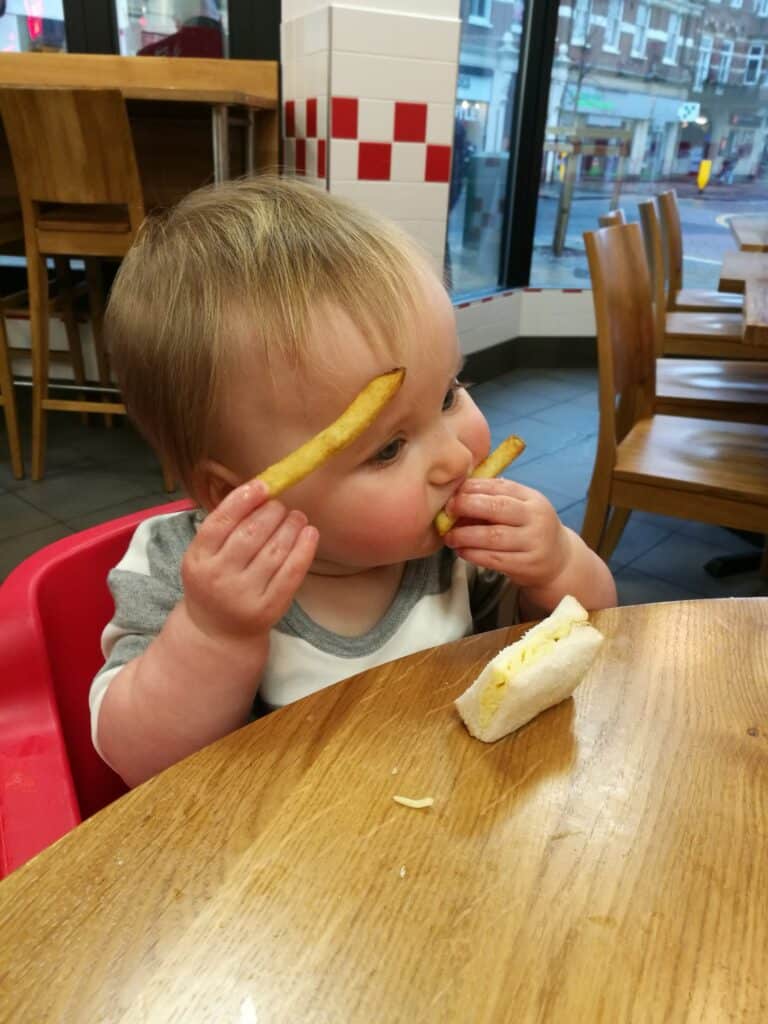 Thankfully, Erin crashed not too long after lunch and she slept until the train pulled in to our station for home. She’d been exhausted from the busy morning but didn’t want to miss anything exciting. When we got home it was more play time right up until she had a bath and went to bed. 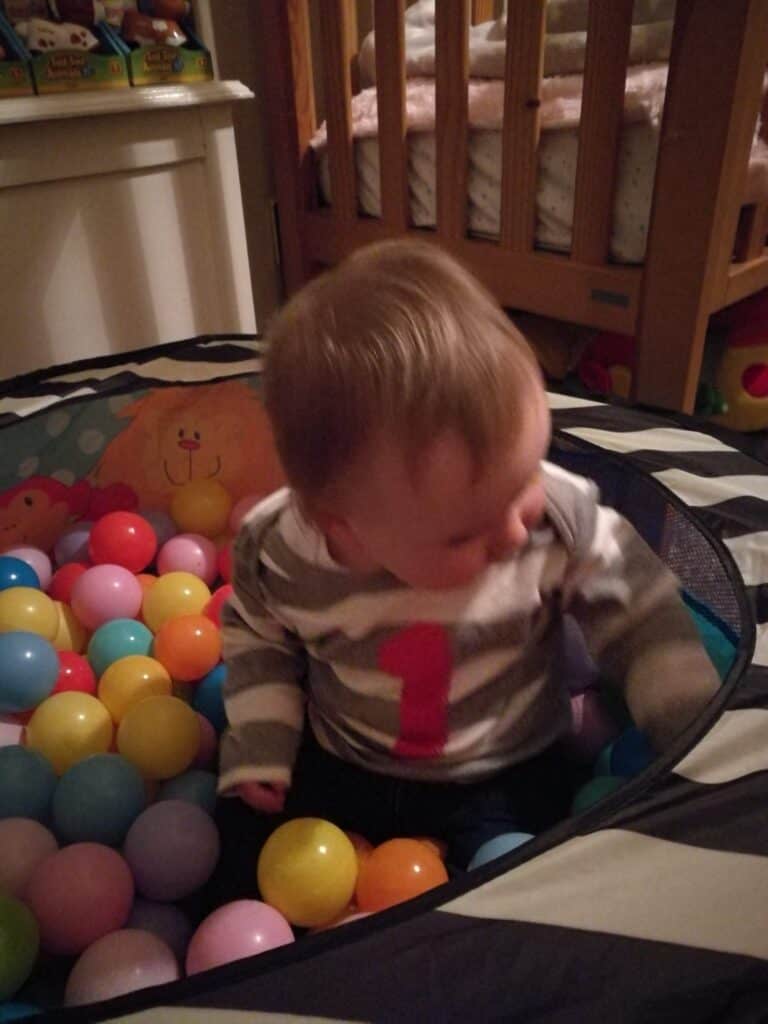 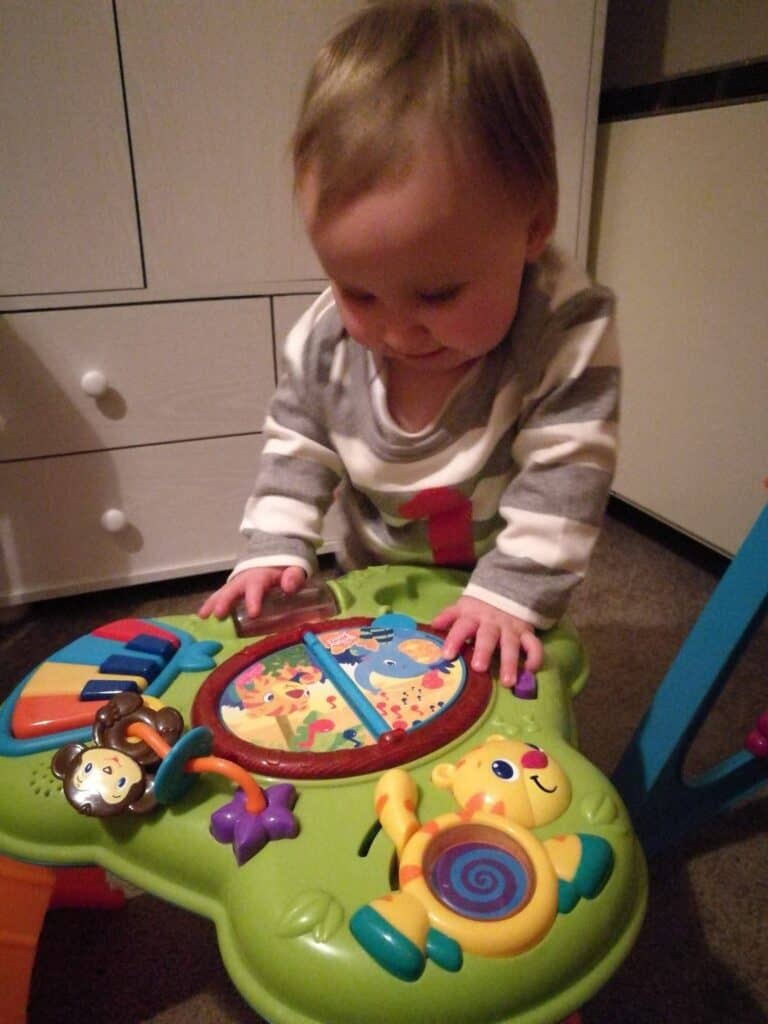 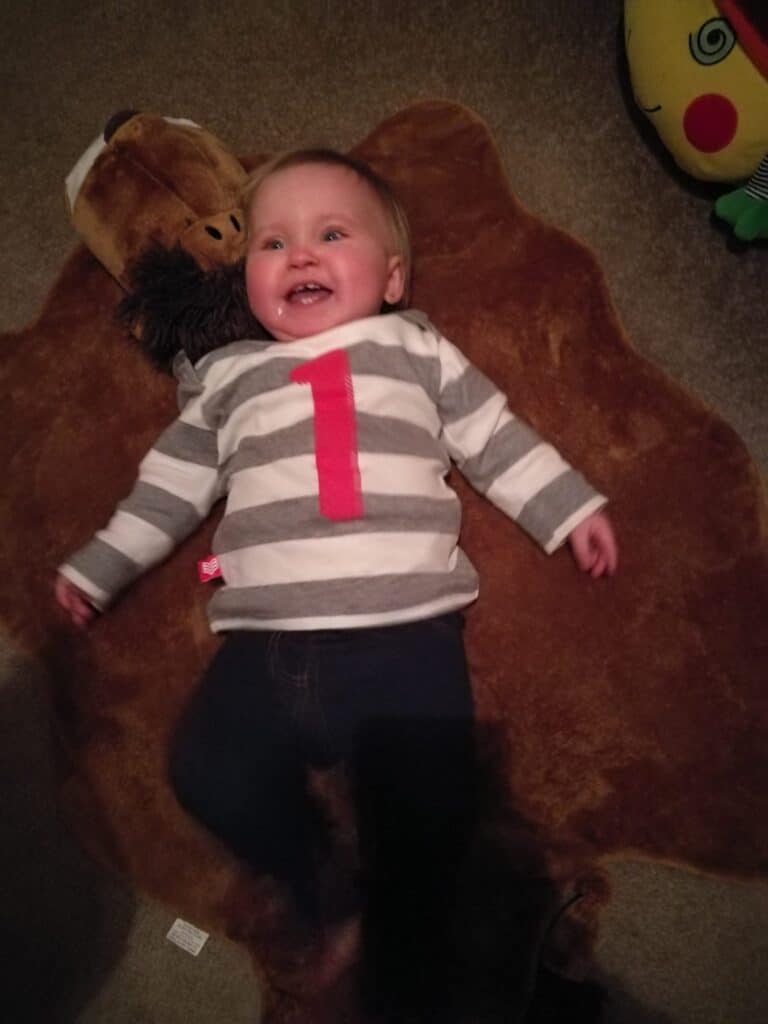 I love that Erin spent the whole day in a top with her age on it. Sgt. Smith do some amazing t-shirts and the one you can see Erin wearing costs £15.

The t-shirt comes in a variety of colours. You can get the one you see Erin wearing, with blue stripes or with pink and red stripes. Personally, the grey top that Erin is wearing is my favourite as it really goes with anything.

Something I absolutely loved about this t-shirt was the quality. Although £15 isn’t overly expensive for a t-shirt, this feels like it should be more expensive. The material is lovely and thick and it feels super soft.

This t-shirt is available in two sizes, 12-18 months and 1 1/2-2 years. We got this in 12-18 months and it is a little bit big on Erin but she’s a bit small for her age really. Although it has her age on it, and was great for her birthday, I will put in her in it loads more until she grows out of it.

I don’t think it was the most exciting birthday in the world but she won’t remember it anyway. She’s also having a birthday party in 2 weeks so she can see her friends and have some more fun.

What did you do for your little one’s 1st birthday? 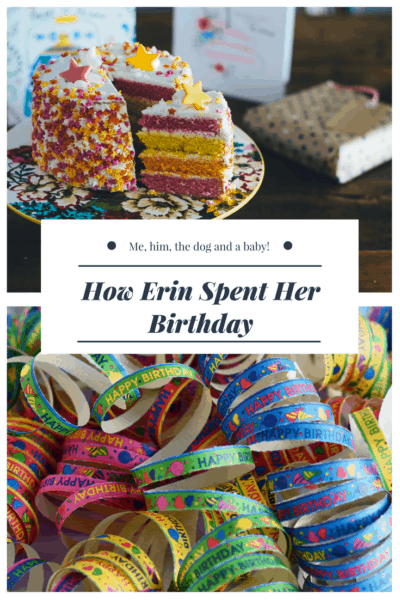 6 thoughts on “How Erin Spent Her Birthday”