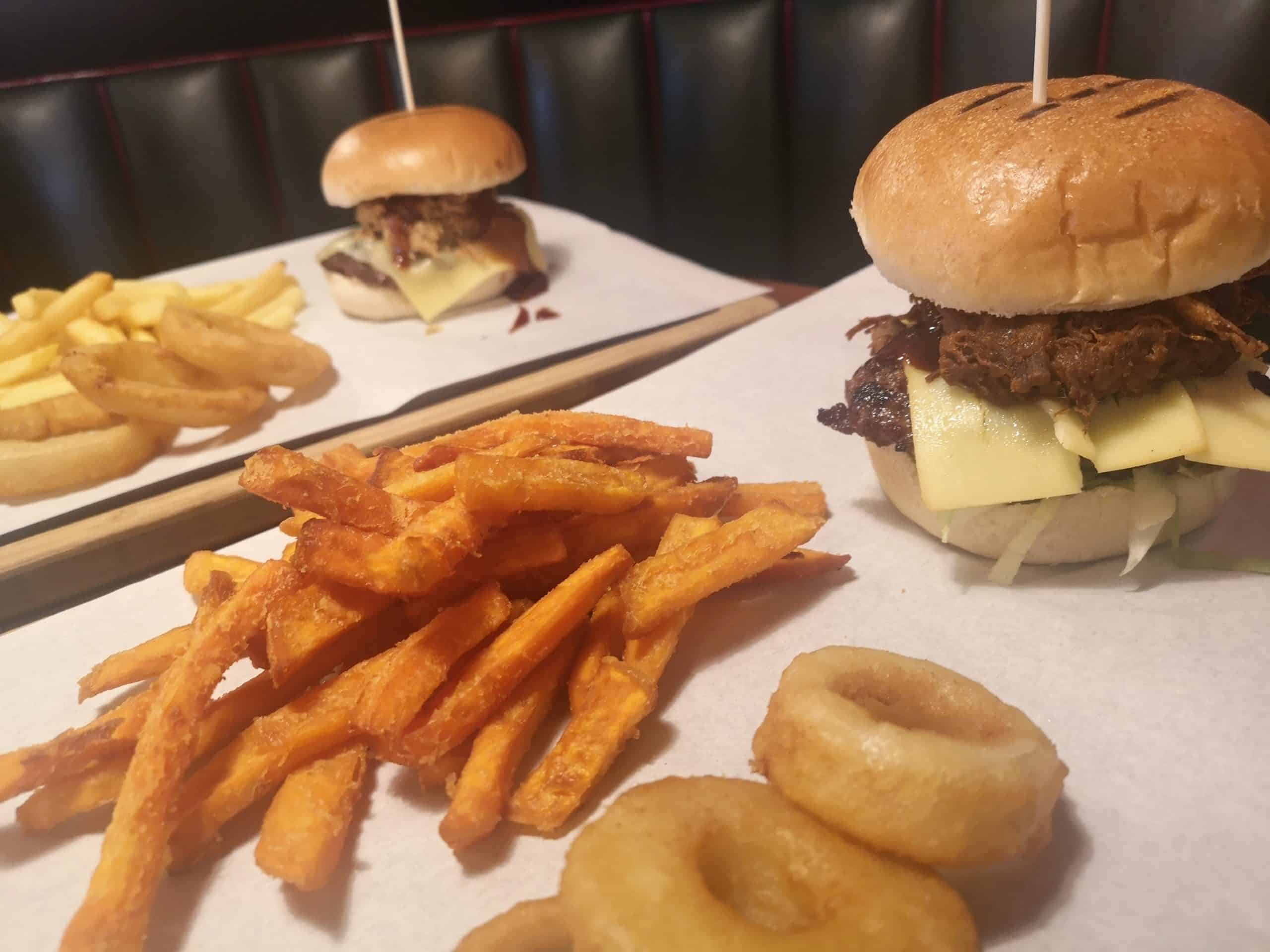 Once a month I go out for a meal with a friend and her (now) 8 month old daughter. We usually try to pick somewhere either one of us hasn’t been before, somewhere with an offer on or somewhere that I can’t usually get to as I don’t drive. So far we have been for things like fish and chips and afternoon tea but one thing we do like is a really good burger. After a recommendation from someone we both know we decided to try Coast2Coast, situated on the Riverside complex in Norwich and they serve American classics.

As we arrived we were greeted by the super friendly Gemma who showed us to our table and got us everything we needed such as high chair and menus. We had plenty of space to spread out and anyone dining out with a baby or child knows that you always end up having so much stuff with you. 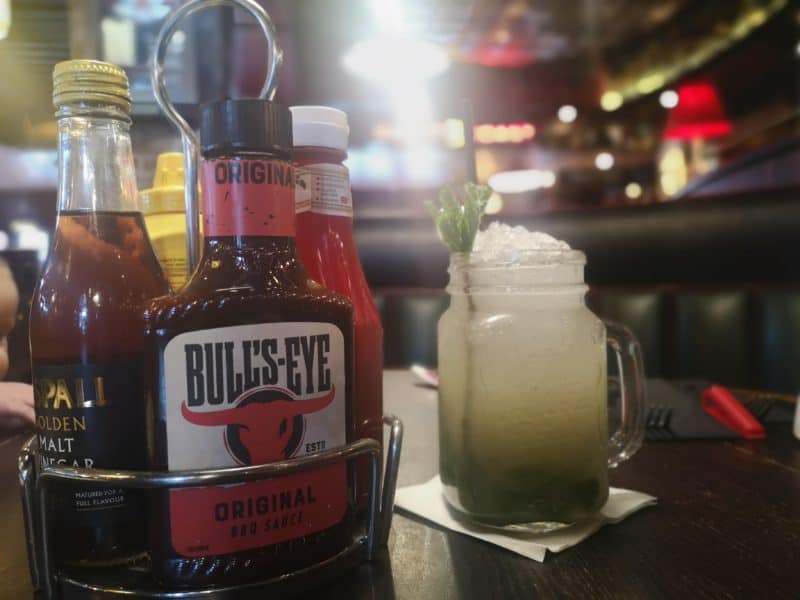 Usually my friend and I both know what we want from the menu pretty quickly. Coast2Coast has quite a large menu and honestly, so much of it sounded amazing. As we had been told that the burgers were great this is what we wanted to try but we still couldn’t decide. Luckily, Gemma was able to give us some recommendations and this made things a bit easier. I opted for the BBQ Pulled Pork Burger while my friend had the Texan Smoker Burger. Both of us are a bit fussy so we made some amendments to our burgers and nothing was too much trouble. We were also interested to see what the Mac and Cheese was like so we ordered a side of this as well.

Although we had some of the items take off our burgers we were still a bit surprised by the size of them. Toppings such as the BBQ pulled pork and the pulled barbacoa beef were really piled on and they looked really impressive. I went for regular fries with my burger while my friend paid a bit extra to upgrade to sweet potato fries.

My burger was cooked pretty perfectly for me. I like my meat cooked without any pink whatsoever and this is how it came. The burger was juicy and really thick and the BBQ pulled pork went with it really well. I had a good portion of fries too and I think everything was in good proportion for the meal.

Our side portion of mac and cheese came in a cast iron pot and was wonderfully creamy and rich. It was topped with a crumb and finished off in the oven. We both would have preferred for the crumb to have been done a bit more as it wasn’t quite crispy enough however, it was still delicious. My friend’s daughter ate a really good portion of it so she definitely approved.

Although we’d eaten a lot we were determined to try the desserts. I usually go for the same thing but this time I went for something different with the Peach and Apple Cobbler with custard and my friend had the Key Lime Pie.

I was really surprised by my dessert as I didn’t really know what I was getting.  I didn’t even really know what a cobbler was. My dessert was a mix of pie and crumble with really lovely sweet fruit inside and it was well complimented by the custard. I think it could have probably gone really well with ice cream too. As someone who usually goes for a chocolate dessert, this one won me over.

Our whole visit to Coast2Coast was really pleasant and we couldn’t have asked for better service. Nothing was too much trouble, Gemma was attentive but didn’t hover over us and she was also easy to have a friendly chat with between courses. I loved that she could really give good recommendations from the menu and could tell us what was popular with other diners.

My food was absolutely delicious and while I would go back for another one of the burgers, the service is the thing that really makes me want to go back. It was so nice to go somewhere relaxed but with professional and helpful staff who did everything they could to make sure you had a good time. 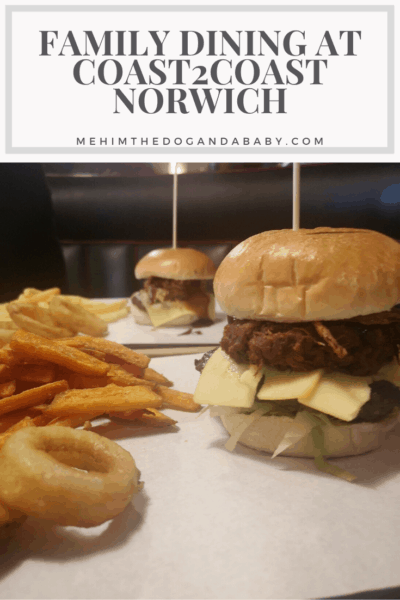