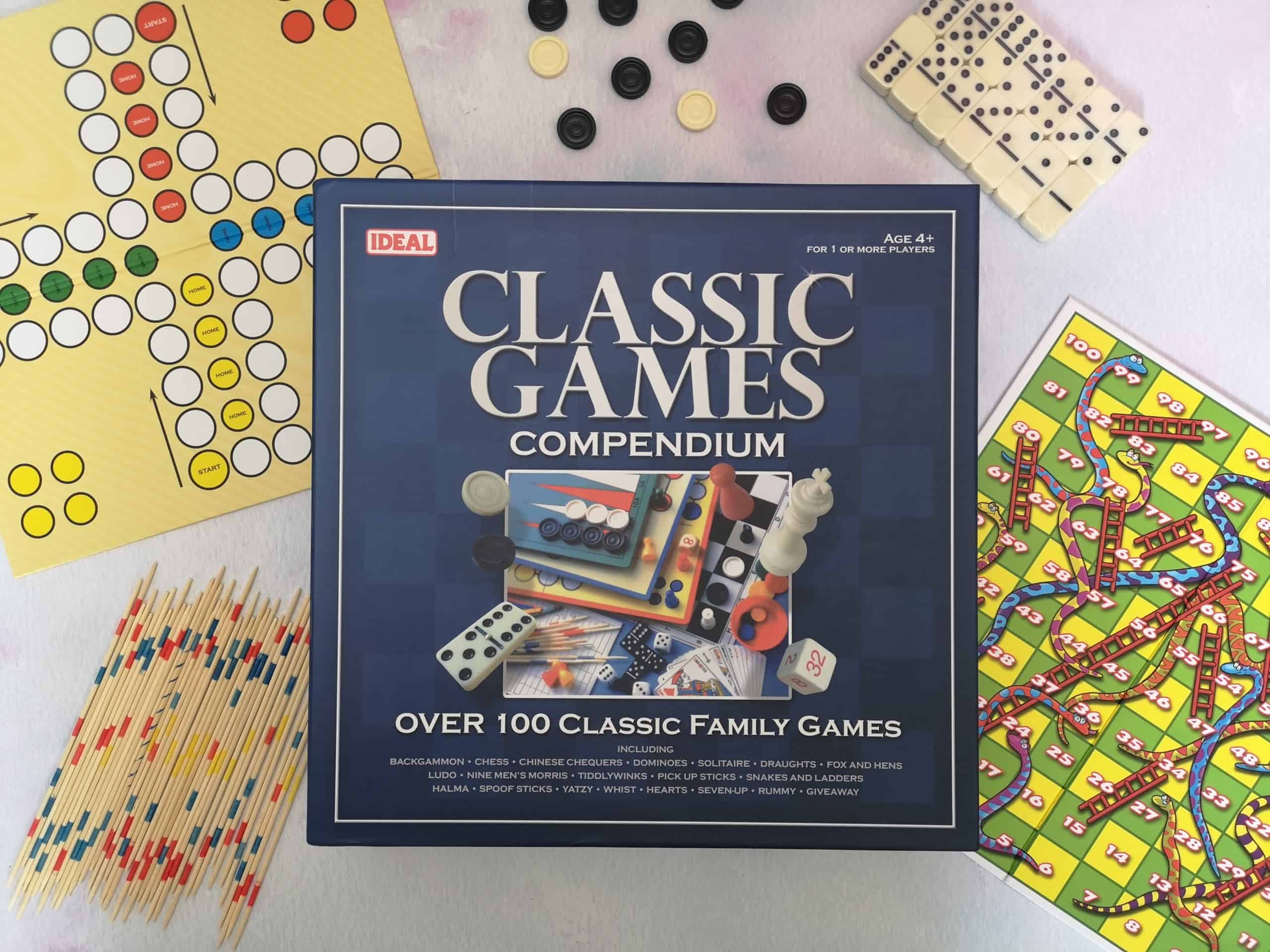 Being stuck at home means having a lot of time on your hands. Although we are trying to home school Erin we are also trying to teach her new things in other ways while keeping it fun at the same time. Sometimes though it can be hard to find things for the whole family to do, without it being aimed at a really young age or just adults.

We’ve found something we can all enjoy though and that’s the Classic Games Compendium from Ideal. Inside you will find over 100 games and all of the pieces you need to have hours of fun. The game comes with a great instruction booklet which has all of the details for the games and how to play them.

As soon as we opened the box Erin wanted to get stuck in and play something. We thought that Snakes and Ladders would be an easy one to start with as there aren’t many rules and it’s pretty easy to follow. We weren’t really sure which pieces to use as playing pieces so we picked the ones we liked the look of.

Sometimes with board games Erin loses interest quickly or decides she doesn’t want to follow traditional rules. However, with three of us playing we were able to take turns nicely and Erin loved watching to see who could go up a ladder or down a snake. She actually won and somehow I lost even thought I started off really well. This is such a fun game for the whole family and at age 4, it was a good one for Erin.

Next up Erin wanted to play Dominoes. I wasn’t so sure about this one but we decided to give it a go anywhere. There aren’t loads of tiles but there was enough to share out between three of us. Erin had her own little pile set out in front of her and we quickly explained the rules and told her which tiles went which way.

Although Erin got a bit confused about why certain tiles had to go a particular way she did really well adding hers on each turn. We used this opportunity to work in some number work by counting the dots on each tile. Once again, Erin somehow won Dominoes too; she was on a bit of a winning streak!

Going for something completely different to anything Erin had played before we went for Pick Up Sticks next. Being able to drop all of the sticks on the table in a mess was really fun for Erin and she was excited to see what she had to do next.

Instead of playing this singularly we played as a group, each taking a turn each to pick up a stick. If we didn’t move any of the other sticks we got to keep it and if we did, it had to stay put. Erin did not follow the rules well with this one but it didn’t matter. She did try to be careful but her small hands couldn’t quite get some of the sticks carefully enough. We had so much fun playing this game though and I think it was one of Erin’s favourites.

Lastly Erin wanted to play Checkers. Being quite a simple game we thought it would be okay. It only took me and Mum a few turns before Erin starting making up the rules because she wanted to be able to collect the counters. Although the game did not go as planned, or anywhere near what it should have looked like, we had a blast and were crying with laughter by the end of it.

We’ve only scratched the surface of the games we can play with the Classic Games Compendium. When things get a bit more back to normal we’re hoping to have some family over for a games night and then we’ll try some of the harder games! This fantastic box of games is going to keep us entertained for a really long time. 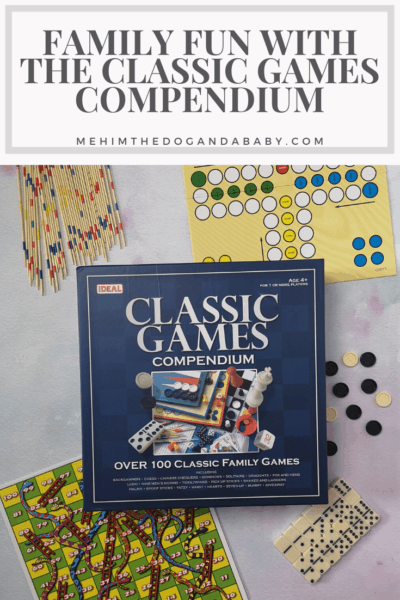 2 thoughts on “Family Fun With The Classic Games Compendium”