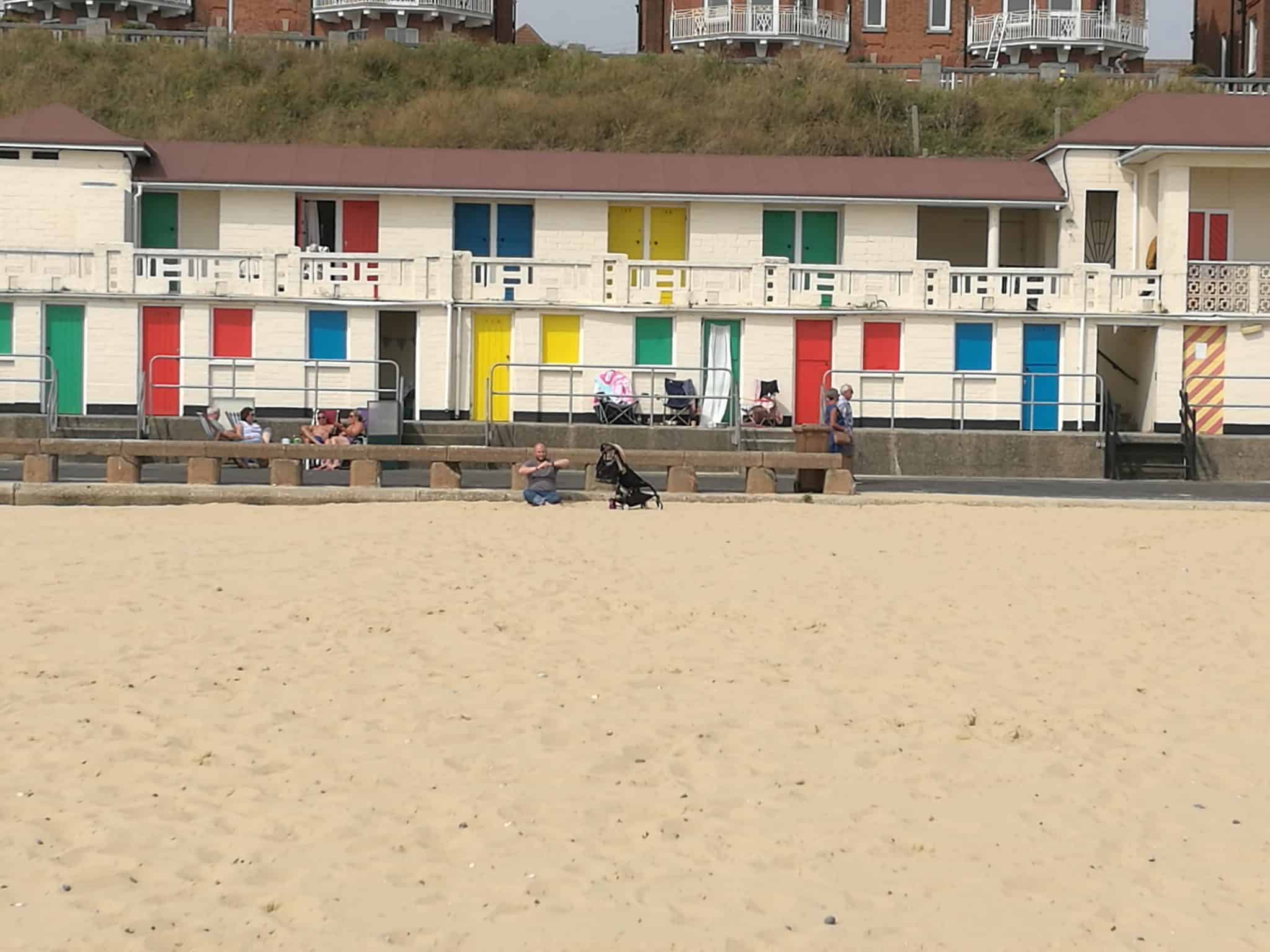 John and I love going on family days out and this week he has been off work, giving us plenty of time to get out and about. We have been lucky enough to take part in Greater Anglia‘s newest campaign, #lettheadventurebegin. Even though we live in Middle of Nowhere, Norfolk we are lucky to have a train station a 15 minute walk away from us. This week we went on a family adventure to Lowestoft, somewhere I’ve only ever been once and that was for a concert!

We had a very early start to the day to make sure we got to Lowestoft at a decent time. Our first train was at 7:45 with a connection in Norwich. Having Norwich only 30 minutes away is fantastic because we are able to get to so many great places by train. Once we were at Norwich Station we had a 45 minute wait for our train to Lowestoft. If we’d travelled a bit later in the day this wait is only about 15 minutes! 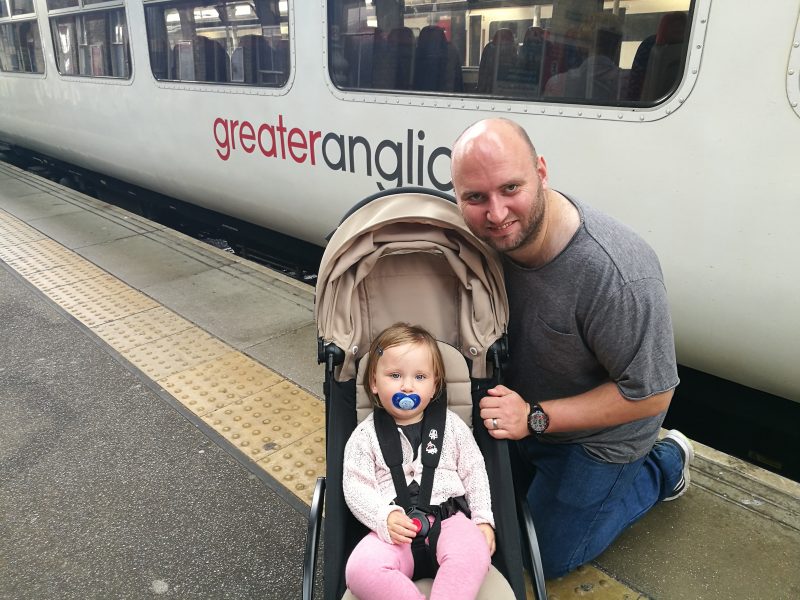 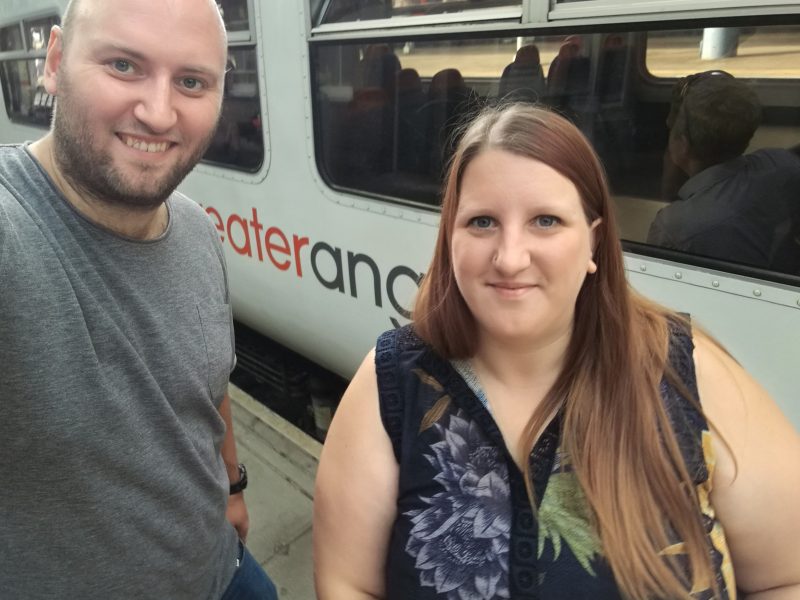 Erin was so excited as soon as we got on the train to Lowestoft. Being out of her pushchair meant having loads of space to move around and she loved watching everything go by out of the window. The short 30 minute journey went so fast and we were there in no time! 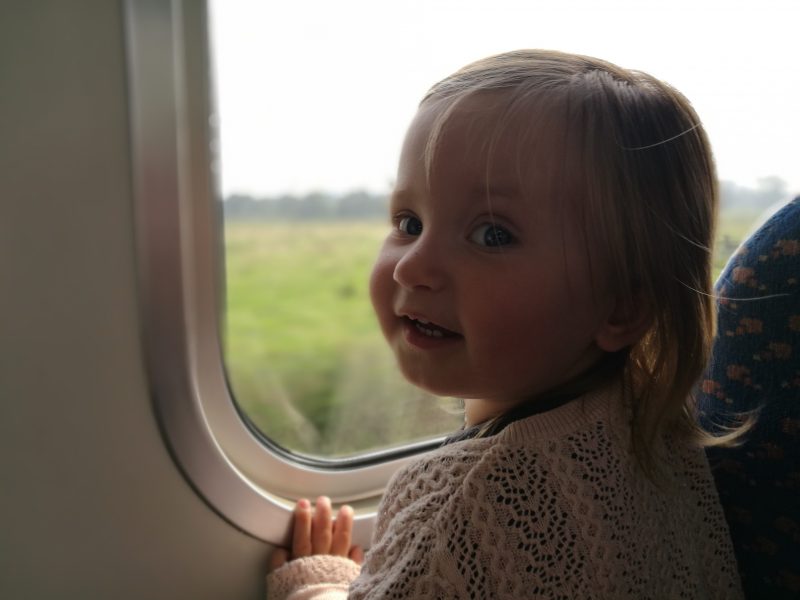 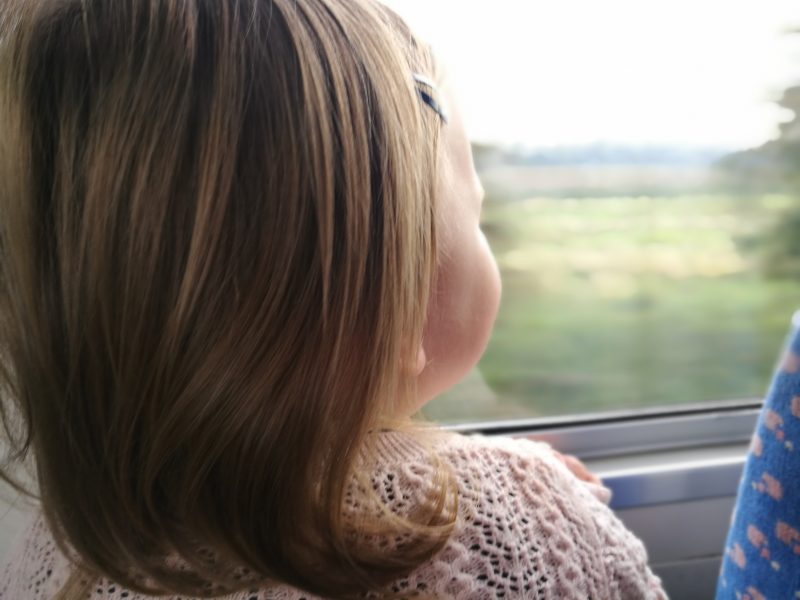 John and I were starving when we arrived in Lowestoft and luckily, there is a McDonald’s and a Wetherspoons right across the road from the station! These couldn’t have been placed any better! A quick and easy breakfast at McDonald’s set us up for going exploring! 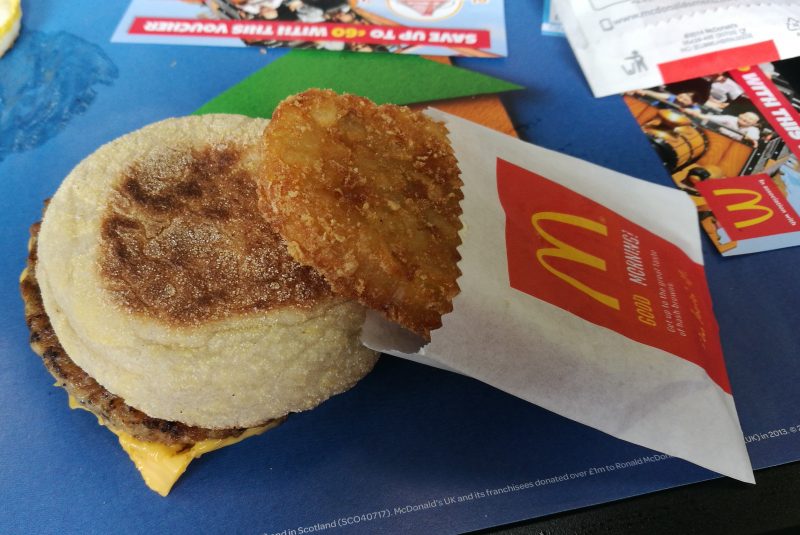 We started off our adventure in Lowestoft by having a wander up the high street. Erin was a bit sleepy at this point so this was our best bet for getting her to have a nap. Unfortunately, Lowestoft High Street is a bit sad looking but really, no different than a lot of high streets. John was super excited to see a Wimpy and if you like looking for a bargain then there are LOADS of charity shops to have a rummage around in. 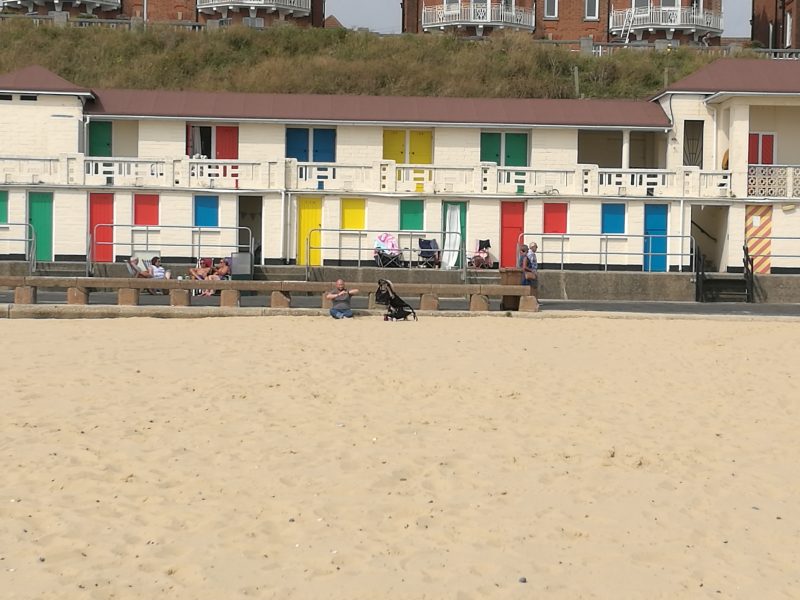 Next up on our adventure was a stroll down to South Pier and a walk along the beach. I was actually really amazed by the beach and the walk along the promenade. It’s just beautiful. The promenade is lined with super colourful beach huts and the sand was so nice and clean! As soon as Erin woke up from her nap and saw the beach, she said WOW immediately! Off came our shoes and socks and we found ourselves a lovely little spot on the sand. Something I loved about Lowestoft beach was that there are no slopes or steps to get to it! It was so easy to access with our pushchair and we didn’t have to walk more than 2 foot to get a good spot. Normally we have to drag the pushchair along for ages and fight with the sand to get somewhere nice. Not here though! 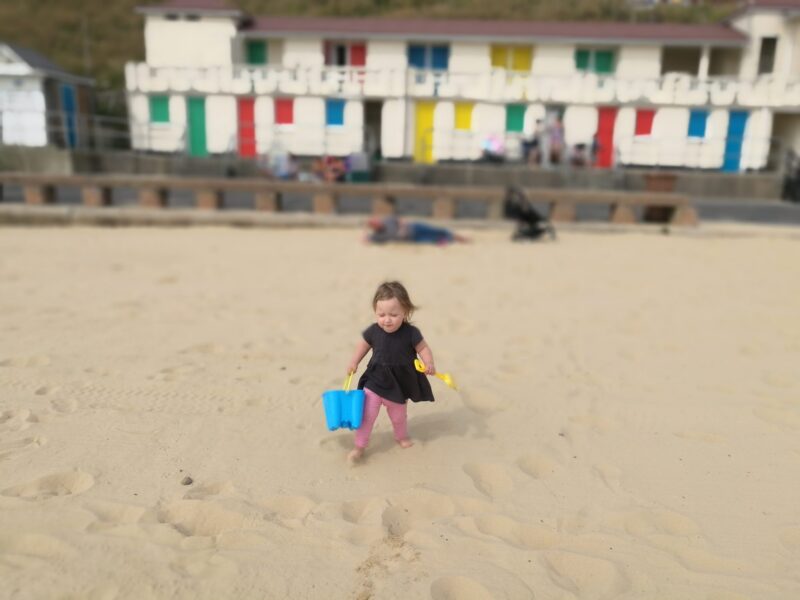 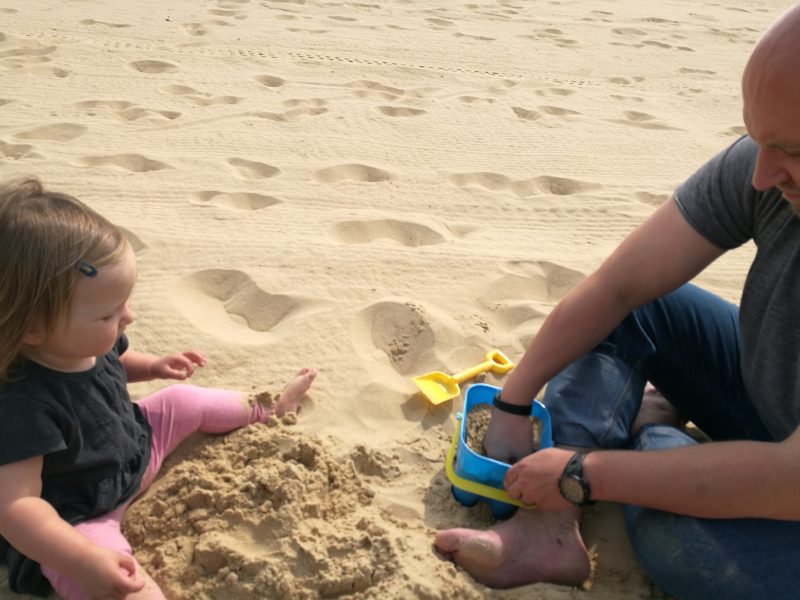 We had a blast playing on the beach for well over an hour. Erin loves the beach and I am so glad we have so much choice where we live. However, Lowestoft beach very quickly became my favourite. If we lived a bit closer I would definitely be looking into hiring out a beach hut every year!

When it was time to get some lunch Erin was not very happy about leaving the beach. We had to carry her to go and get some chips as she just wanted to run back to where we had been before! Going back in the pushchair wasn’t really a sensible option at this point as it would have resulted in a massive meltdown. We did finally managed to get some lunch though from a place just at the end of the beach. You could either go in for a sit down meal or order from the little window like we did. There was no menu or prices there though but we got a large and a small chips which cost £3.70. 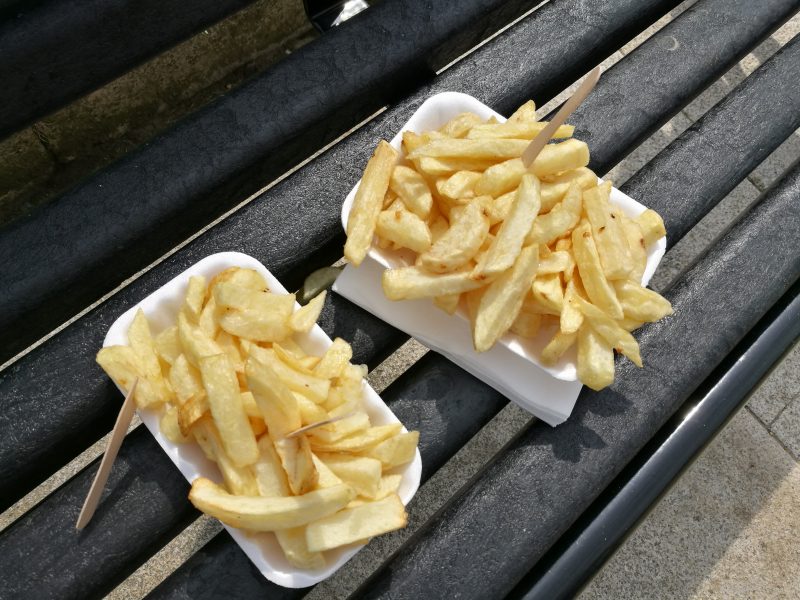 Just across the way is a lovely garden and it was a perfect quiet spot for eating our lunch. When Erin got bored of eating she was able to run around safely and explore at the same time! She loved getting up close to the flowers and running up the little slopes. 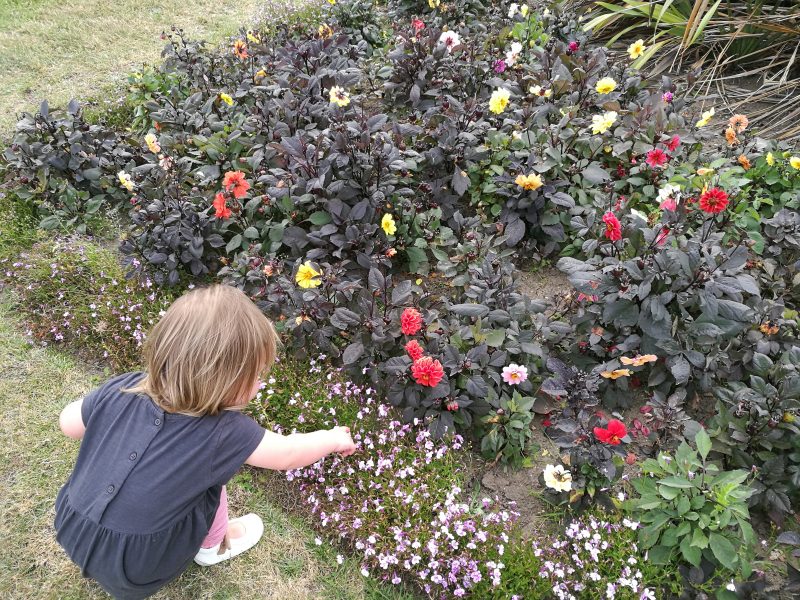 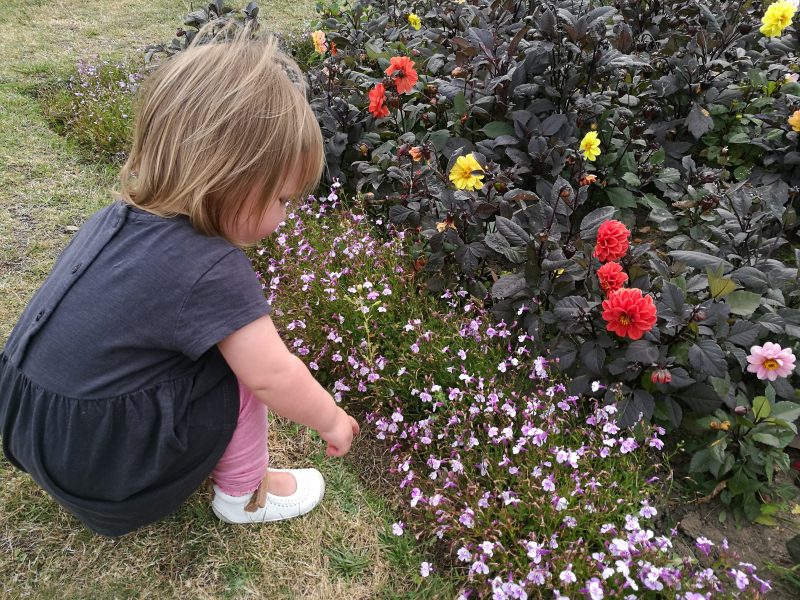 By this point, Erin was stating to get really ratty and annoyed. It had been a lot hotter than I thought it was going to be and I think this, as well as the excitement got to her a bit. We were due to take the Lowestoft Ferry to go and explore Oulton Broad in the afternoon but Erin wasn’t doing too well and I didn’t really want to risk taking her on the boat. She’s never been on one before and I really couldn’t gauge how she would be. John and I were really looking forward to doing something a bit different and exploring somewhere else new. The ferry only costs £6 for an adult return trip so we’ll definitely be doing this next time we got to Lowestoft.

Unfortunately, when you are out and about with children, especially Erin’s age, anything can happen and it was such a shame that we had to cut our day out short.

While Lowestoft may not be a shopper’s paradise, it is amazing for a fantastic beach trip. I think we’ll be going a few times next summer for sure! We might not have time to get another trip in now this year before the weather turns as we’re super busy next month but it will be right at the top of my list for a day out next year!

Greater Anglia made this adventure possible and I am glad they were able to introduce us to a new favourite for us to visit as a family! Be sure to search #lettheadventurebegin to find more inspiration of places to go with Greater Anglia! 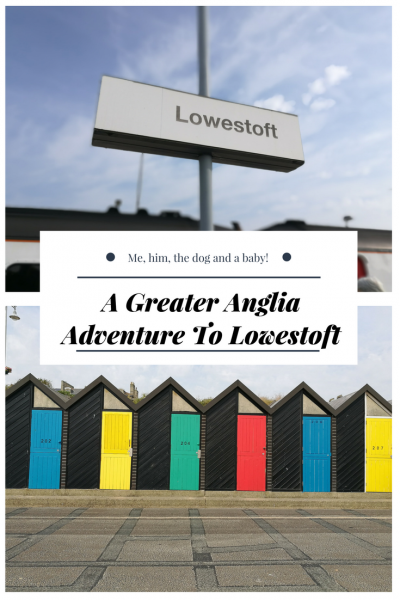