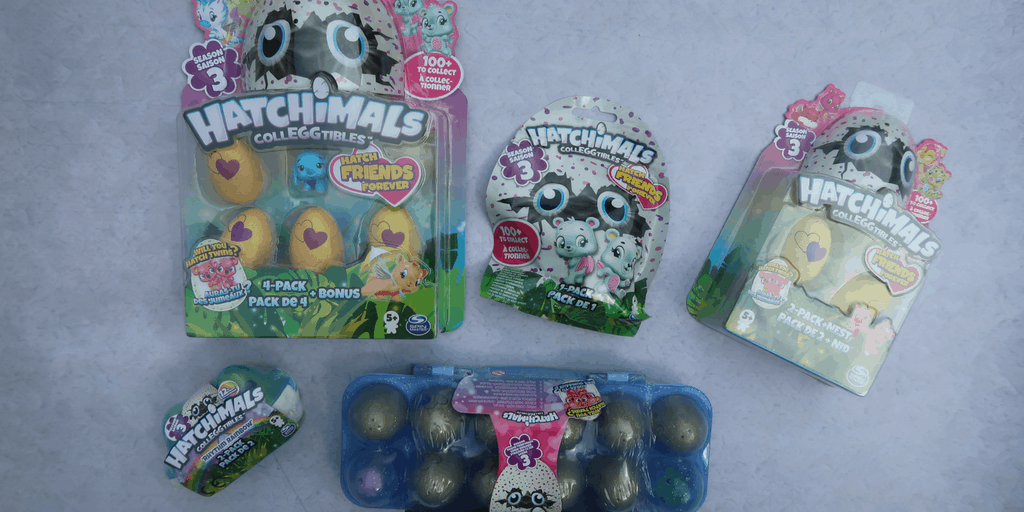 My sister is a bit of a sucker for letting Erin have what she wants sometimes and has a hard time saying no to her, especially if we’re in a shop! One day Erin discovered Hatchimals and since then it’s been her favourite thing. If that girl sees a Hatchimals egg, she wants it! We were so excited when we were sent some products from the brand new Hatchimals CollEGGtibles Season 3!

Hatchimals CollEGGtibles Season 3 has over 100 characters to collect and there are various different products you can buy. The prices range from £2.99 to £24.99 and I really love that these prices reflect things like pocket money amounts or presents for birthdays etc. Here’s a look at the different products: 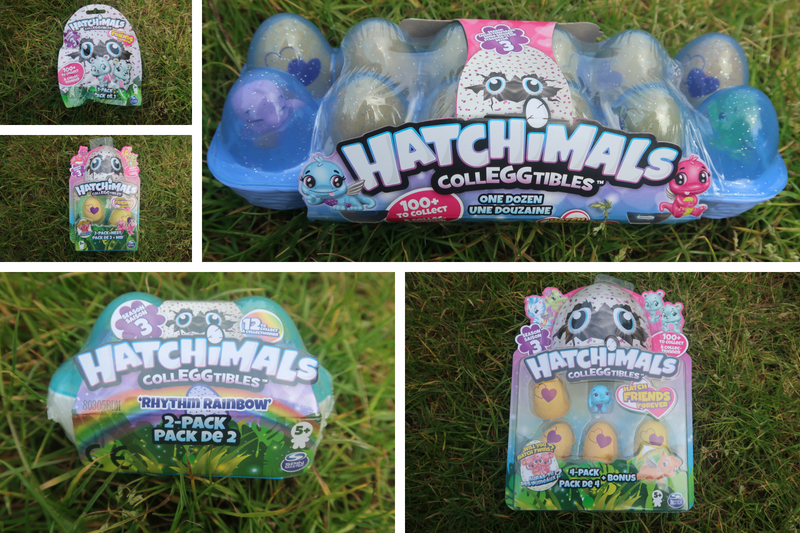 This time, the Hatchimals eggs are yellow with different coloured speckles. The speckles can help you to figure out which family your Hatchimal belongs to before it’s even hatched! This way, if you already have a full collection of one family you’d be able to try to swap the egg with a friend for something you might not already have! The larger packets (not the blind bag) in the Hatchimals CollEGGtibles Season 3 range come with the collector’s list so you can tick off what you have got already and also figure out which you need to collect still!

Each of the Hatchimals in season 3 also come with a best friend! Each Hatchimal has a partner that pairs up with them and they can create unique poses when put together. The collector’s list shows which Hatchimals go together to make best friend poses. I really love this idea as it gives you more to do with the Hatchimals and means there are different ways to choose which you want to collect first. 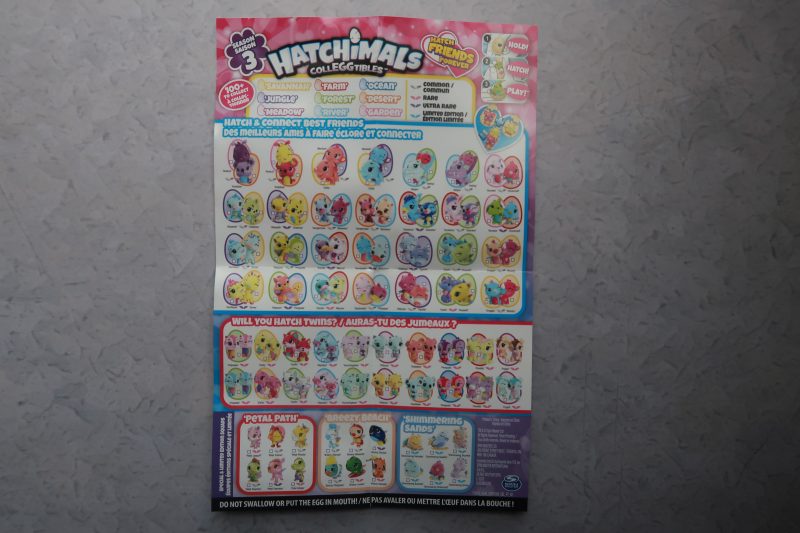 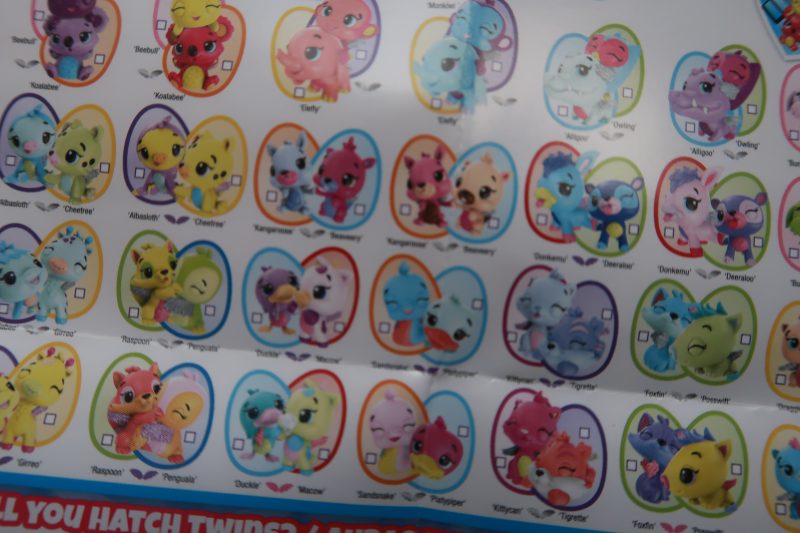 In order to hatch the Hatchimals eggs you need to rub a finger or thumb over the purple heart. Once the heart has turned pink it means the egg is ready to hatch. At this point you can easily push your finger through the egg to hatch your Hatchimal. The top part of the egg comes away quite easily and you’re then left with a small part of egg shell at the bottom which can become a sort of home for your Hatchimal. If you have one of the larger sets, like the dozen egg carton, these can be kept inside to keep them safe! 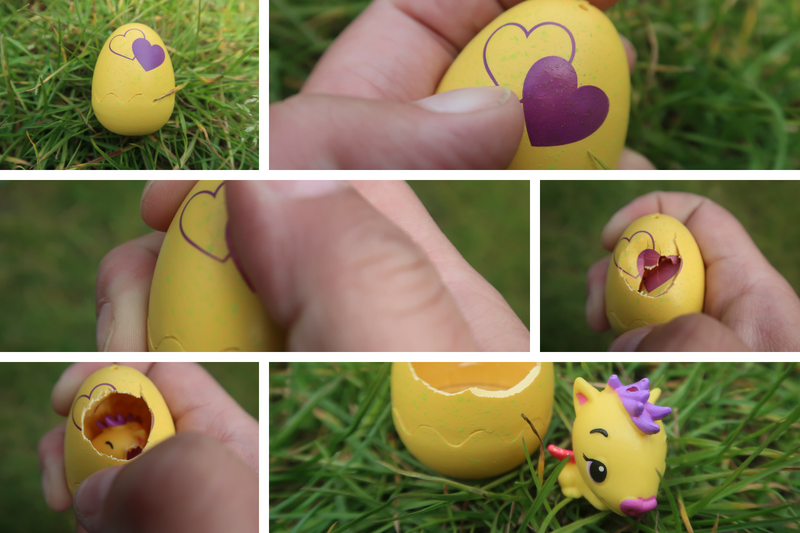 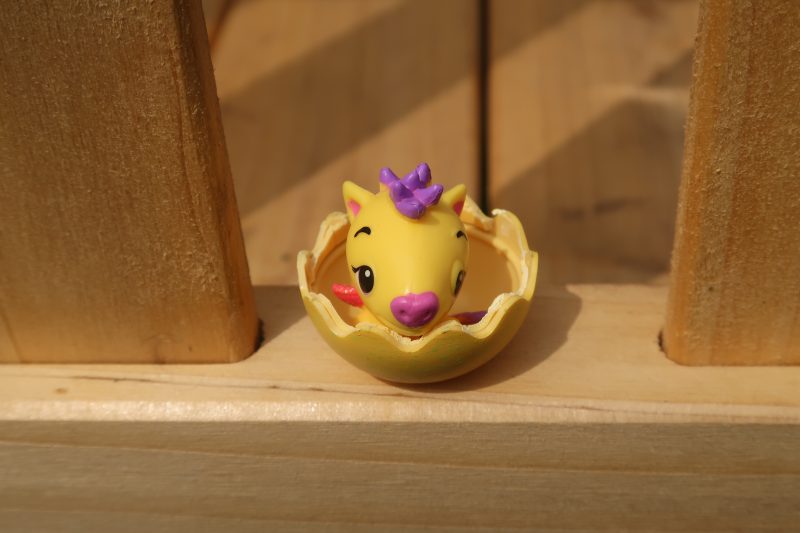 This was Erin’s first experience with Hatchimals CollEEGtibles as we normally get her the larger eggs. However, as soon as she saw the packaging she got really excited, running around shouting ‘EGGS’! Erin absolutely loved the smaller characters and she spent ages comparing the different ones we found in our packs. I personally like the fact that all of the different packs available to buy are different and some offer something that the others don’t, such as the egg carton to keep the characters in.

If collecting over 100 characters wasn’t enough fun though, Hatchimals also now has it’s very own app. The app is absolutely FREE to download and you can do things like explore Hatchtopia, hatch new Hatchimals and care for them though the app. There are also animated digital webisodes to watch so Hatchimals CollEEGtibles Season 3 has so much more to offer than with previous seasons. 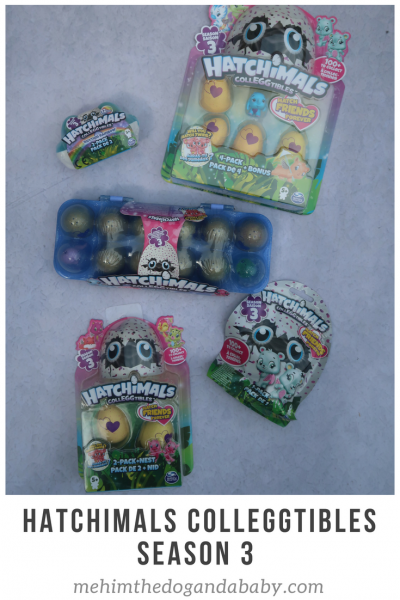