Last week Erin started a new class, Music in Motion. This class is held at a local leisure center and we have been waiting months and months for a place! 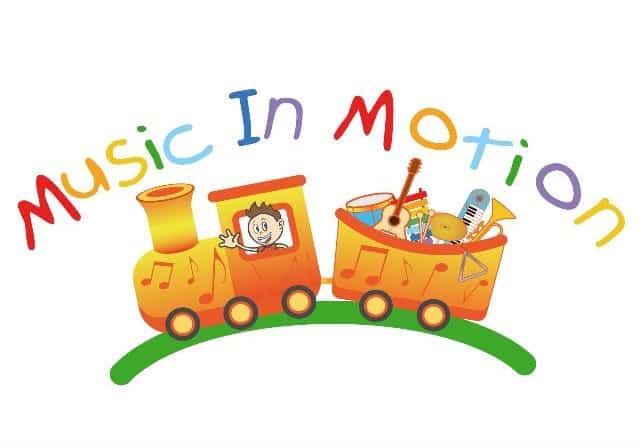 Unfortunately, a soft play center sort of local got flooded a little while back and since have decided to close down. Music in Motion used to do 2 classes there but have now added them in at my local leisure center. While it’s a terrible thing to have happened, it was the only reason why we now have a space in the class. We had been on the waiting list for 7 months.

As you can probably tell by the name of the class, it is based around music. Erin has loved music in the other classes we do, which is why I wanted a space in this one so much. Each class has a theme and in our first, we took an imaginary trip to the farm. We sang a song about a train journey, along with actions. We learned about different animals and the noises they make. We sang about Incy Wincy Spider. We played with musical instruments and bounced balls off a big parachute.

Erin was amazed the whole time! She loved it! I honestly don’t think I’ve heard her giggle so much through a class. She was a bit tired and grumpy towards the end but that was only because it was nearly time for lunch.

This class for us is on a Wednesday morning (45 minutes) and it costs £40 for 12 weeks. It’s a hell of a lot cheaper than everything else we attend. However, there is a larger age range and Erin was one of the youngest in her session. The bigger children running around and sort of clambering around over/ around her was annoying. However, I think now I know what to expect I can sit in a better place/ be ready for it.

I think this is fantastic class and, while not a lot different to other activities, the price is good and Erin really liked it!

8 thoughts on “Music in Motion”