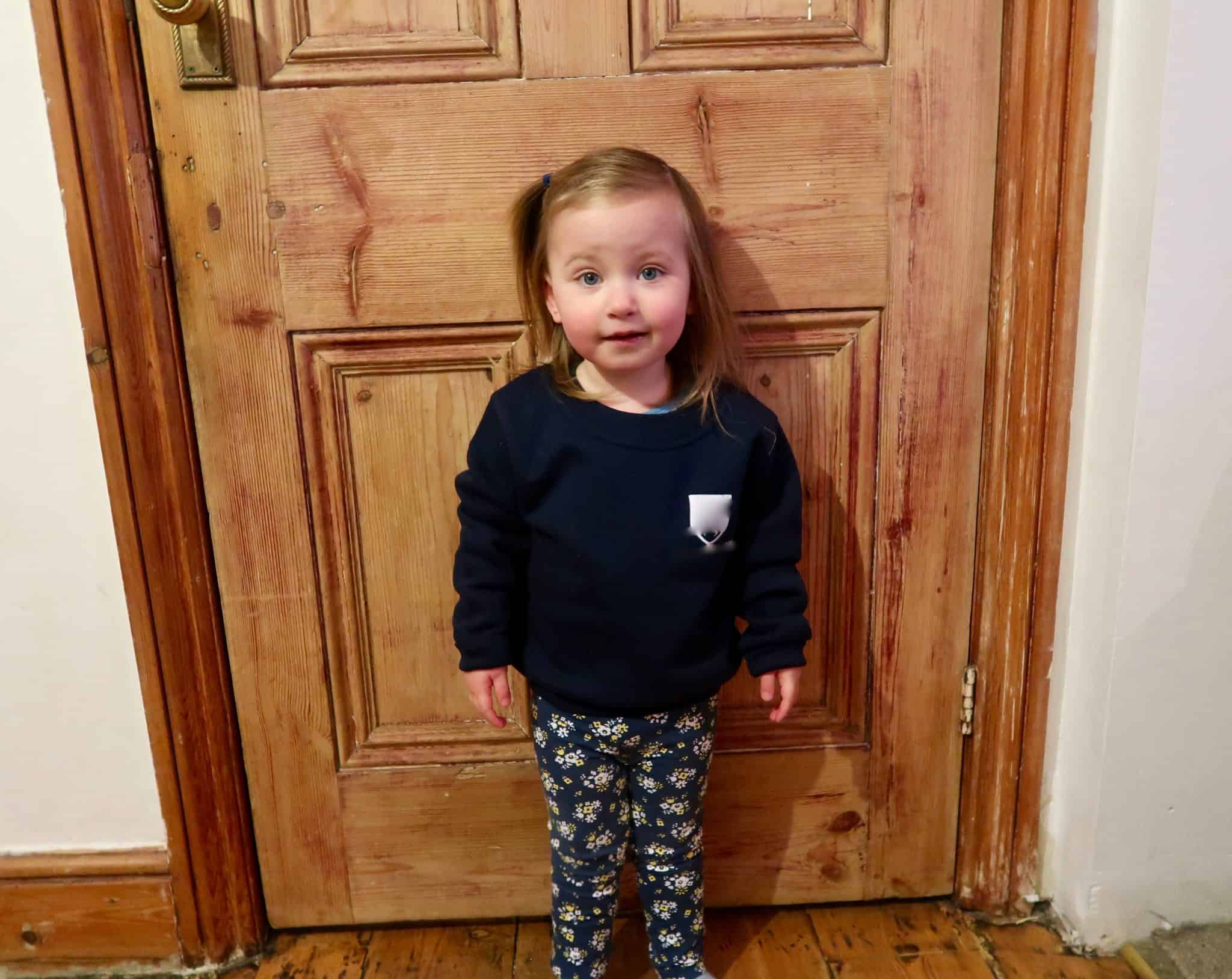 I honestly cannot believe that Erin has now been going to nursery for a whole month. The time has gone incredibly fast and I can imagine that it will only keep going this fast as well. As it’s been Erin’s first month I thought I’d do a ‘nursery: 1 month on’ kind of update about how she’s doing and what she has been getting up to.

Erin’s settling in sessions and her first full day went really well. She wasn’t really that bothered about me leaving and was quite happy to go off holding her teacher’s hands to go off and have some fun. Unfortunately, this didn’t last very long at all. On Erin’s second day she screamed and screamed for me as I dropped her off and she has continued to do so every day since. 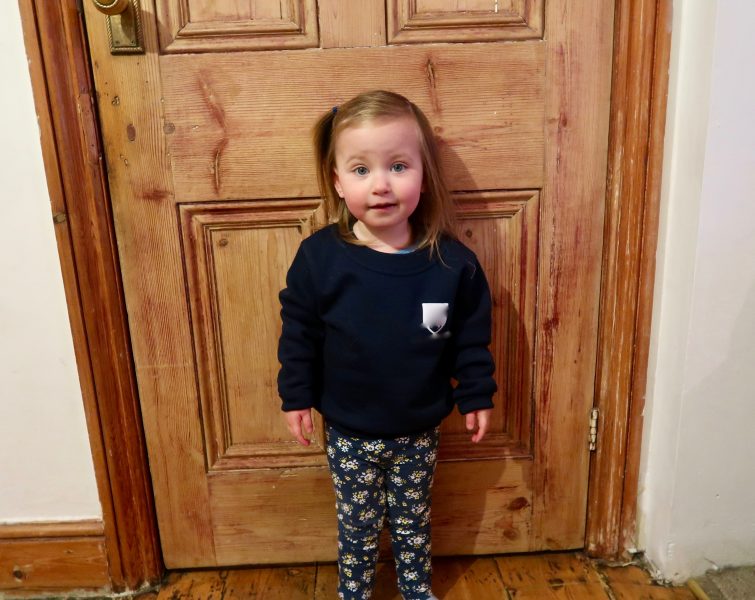 Erin has spent near enough every single day with me for 2 years with only 2 days where someone else had her other than me or her Dad. One of those days her Auntie had her so it was still family she knew super well. So, while the first few days might have seemed like fun for Erin I think she sees it now as me leaving her somewhere and realising we won’t be together for the day. When I tell  her we need to get shoes and coat on she starts to cry and say ‘no, no, no, no’ because she doesn’t want to go. Immediately she thinks I’m going to leave her. 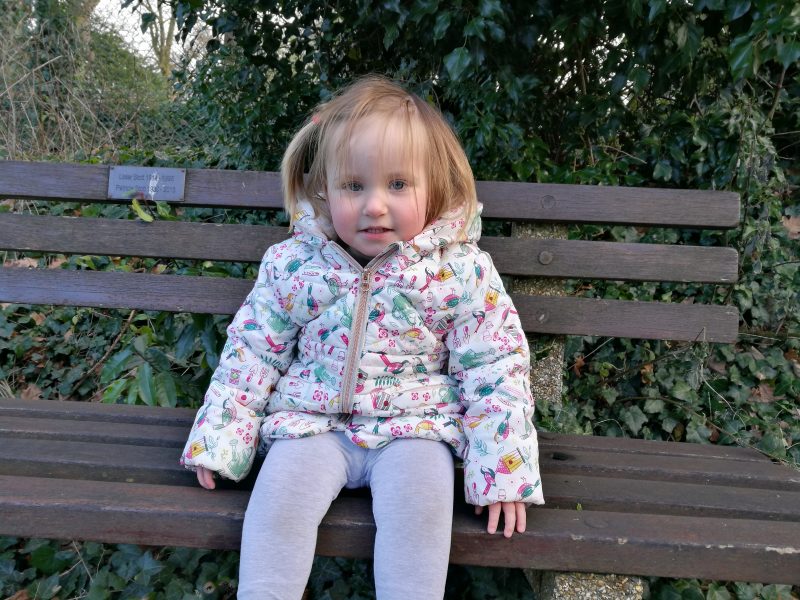 It’s honestly the most awful feeling in the world. Erin carries on saying no the whole way as we walk to nursery and then as soon as she’s out of her pushchair she clings to me. I try to make the drop off as quick as possible but I also don’t want to drop and run without saying goodbye or telling her that I’ll be back later. I want her to know that I’ll always be back for her.

So, apart from the upset from both me and Erin, she has actually been doing incredibly well. For the past year Erin has been the fussiest eater ever. She has had such basic food for so long and one of our hopes was that eating with other children would help… and it has! Erin’s nursery is part of a private school and the whole school eats lunch together. Nursery all sit together at one long table but Erin is surrounded by older children all eating near enough the same meals. There isn’t the option to take in a packed lunch as there is a hot and cold option for each day. The cook caters for every single allergy or dietary requirement if needed.

Since starting nursery Erin has eaten a whole range of things she wouldn’t have before including sausage, beef, turkey, peas, chocolate ice cream, fish fingers and beans. In fact, she tends to try at least a bit of everything most days and nursery were really surprised when I told them she didn’t eat any of this at home. Now though, Erin is also getting better at home with food. She willingly tried jacket potato with tuna without us asking her to. She’s eaten more veg in general and is eating bananas like there won’t be any more soon. 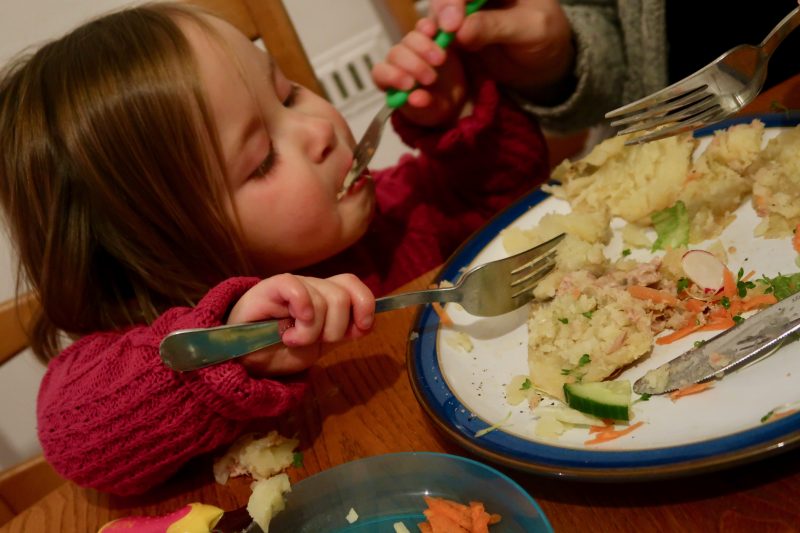 Nursery have an online learning system so every day Erin is there we get photo updates and updates about her development. It’s amazing to see Erin playing with other children so nicely because she hasn’t been around other children much since we stopped baby classes. We’ve had photos of her doing loads of different activities as well as hugging other children. I’m amazed with how well she’s doing.

So, the first month has been a bit of a roller coaster and I know Erin will get more and more used to going and less emotional the more it happens. It still kills me to leave her when she’s sad but at least I know that she’s happy and calm within 10 minutes and having loads of fun!