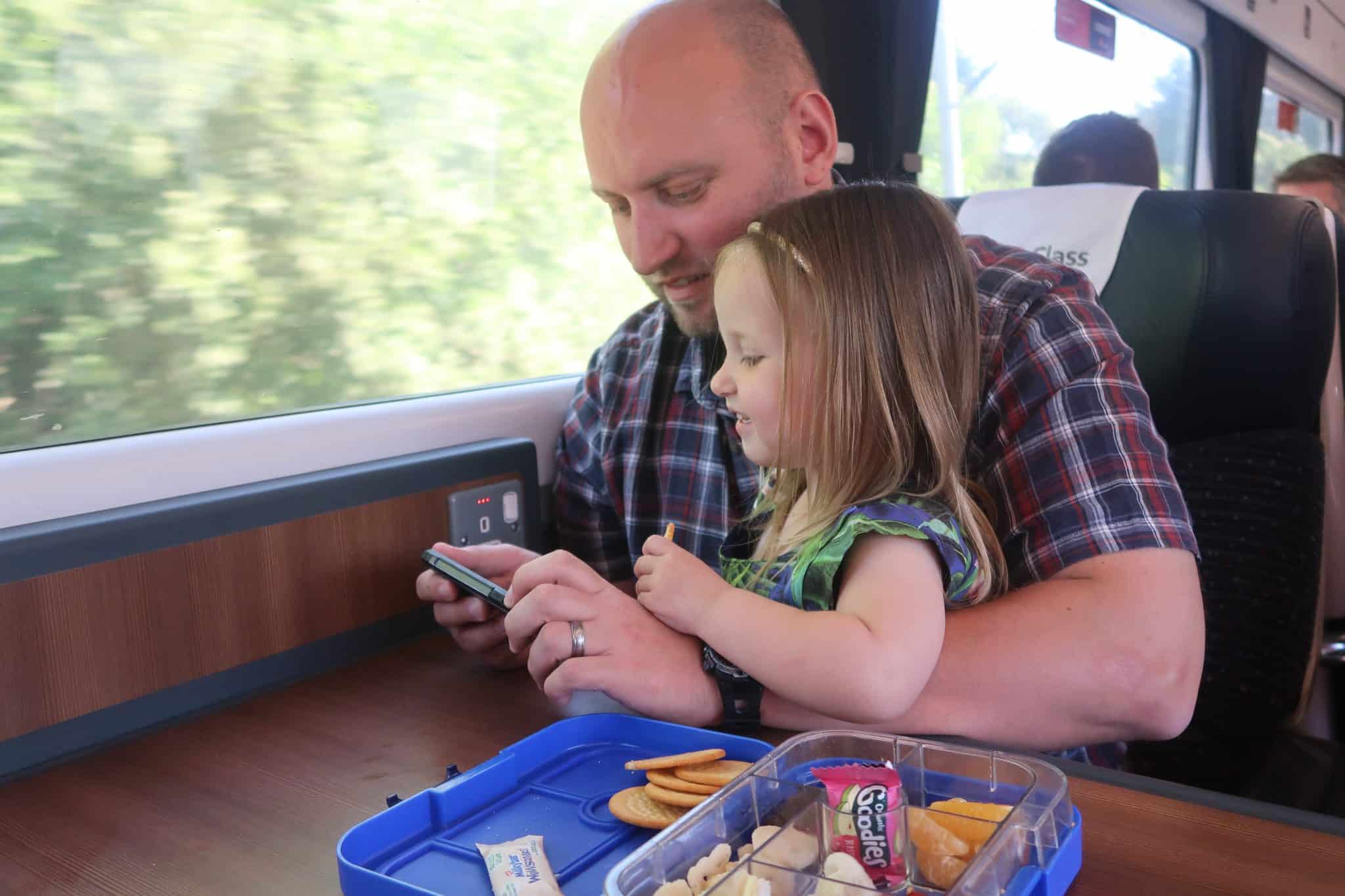 AD | We were guests of Greater Anglia and SEA LIFE London Aquarium for the purpose of this post. All opinions are our own.

As a family we don’t always get to spend the most time together. John works 6 days a week at least 2 weeks of the month and Erin is often asleep even before he gets home. Life tends to get in the way a lot of the time but Greater Anglia gave us the opportunity to have a fun packed day out together as part of their #railadventure campaign. When it came time to decide where we wanted to go and what we wanted to do it took me a while. Greater Anglia cover quite a large area so there was so much choice for where we could go. In the end, I thought it would be nice to go to London for the day and do something I knew Erin would love; SEA LIFE London Aquarium.

London is really easy to get to from Norwich with one direct train and great value off peak fares with 2FOR1 on top London attractions. If you book in advance, tickets from Norwich to London are available at just £10 which is a fantastic price. Accompanying children can also travel for £2 return on any off peak journey on Greater Anglia’s network. With the summer holidays coming up quickly, this is a great way to save some pennies and go out more as a family!

We started our journey bright and early with our first train being at 7am! We live in North Norfolk but the train goes direct from us to Norwich and the transfer time was only 15 minutes so no waiting around. Erin was so excited when we got on the train to London. We were able to sit at a comfortable table seat in First Class and Erin loved looking out of the window, having her own seat and also spending time with both me and John playing games and colouring.

The journey from Norwich to London is about 2 hours but the time went very quickly. First class is so comfortable and there is loads of space as well as plug sockets for charging those important devices like phones and tablets. We saw quite a few people working on their laptops on their way into London as well.

We arrived in London at around 9:30 and we headed straight for SEA LIFE London Aquarium as we were booked in for 11am. Instead of getting the tube, which would have been the easiest option, we decided to take a bit of a walk as the weather was so nice that day. It also meant that Erin had a little nap before getting to see the fish!

As we visited SEA LIFE London Aquarium during term time it wasn’t overly busy apart from the couple of school visits that were going on. We have been before at a weekend and it was a lot busier then. I found going during term time to be a much nicer time for someone as small as Erin as she was really able to get up close to the fish and spend as long as she wanted looking at them. Erin was especially fascinated by the sharks and spent the longest time looking at them. I think the Baby Shark song might have had something to do with that.

SEA LIFE London Aquarium has lots of great sections but this time there was a new Rainforest Adventure for us to explore. This was one of my favourite sections this time around as there was a lot of new things for us to see. There was a few opportunities to crawl in a small tunnel then stand up inside a glass dome to see everything in that enclosure. Erin was just a bit too small to really see everything but she seemed to really enjoy doing it anyway.

It’s easy to spend a couple of hours at the SEA LIFE London Aquarium and there are other things to do right nearby as well such as Shrek’s Adventure or the London Eye!

When we had finished looking at the fish we nipped to McDonald’s (right outside SEA LIFE London Aquarium) for a quick and naughty lunch and took it to sit on the grass. South Bank is one of my favourite places in London and we always seem to end up going there whenever we’re visiting. It was really nice to sit and relax for a bit in the sun, take in what was going on around us and Erin loved running around and exploring. I hate to keep her in the pushchair for too long so this was the perfect place for us.

I think we visited London on one of the hottest days of the year as it reached nearly 30°C. As we had a return ticket which enabled us to use any train back we wanted we decided to head home a bit earlier than planned. We knew Erin would be getting tired on the way home thanks so such a fun day so we wanted to get back as close to her bedtime as possible. After we got home, she was asleep in less than 30 minutes and even slept in a little bit the next day.

We really had such a fun day on our rail adventure with Greater Anglia. I love that there are so many great destinations that are easy to get to by train. I wonder where we’ll discover next!

It would be great if you could take a couple of minutes to fill in this survey: https://www.surveymonkey.co.uk/r/5CG9TGG 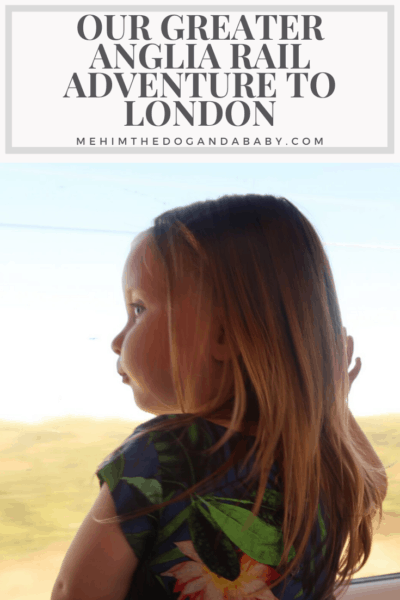