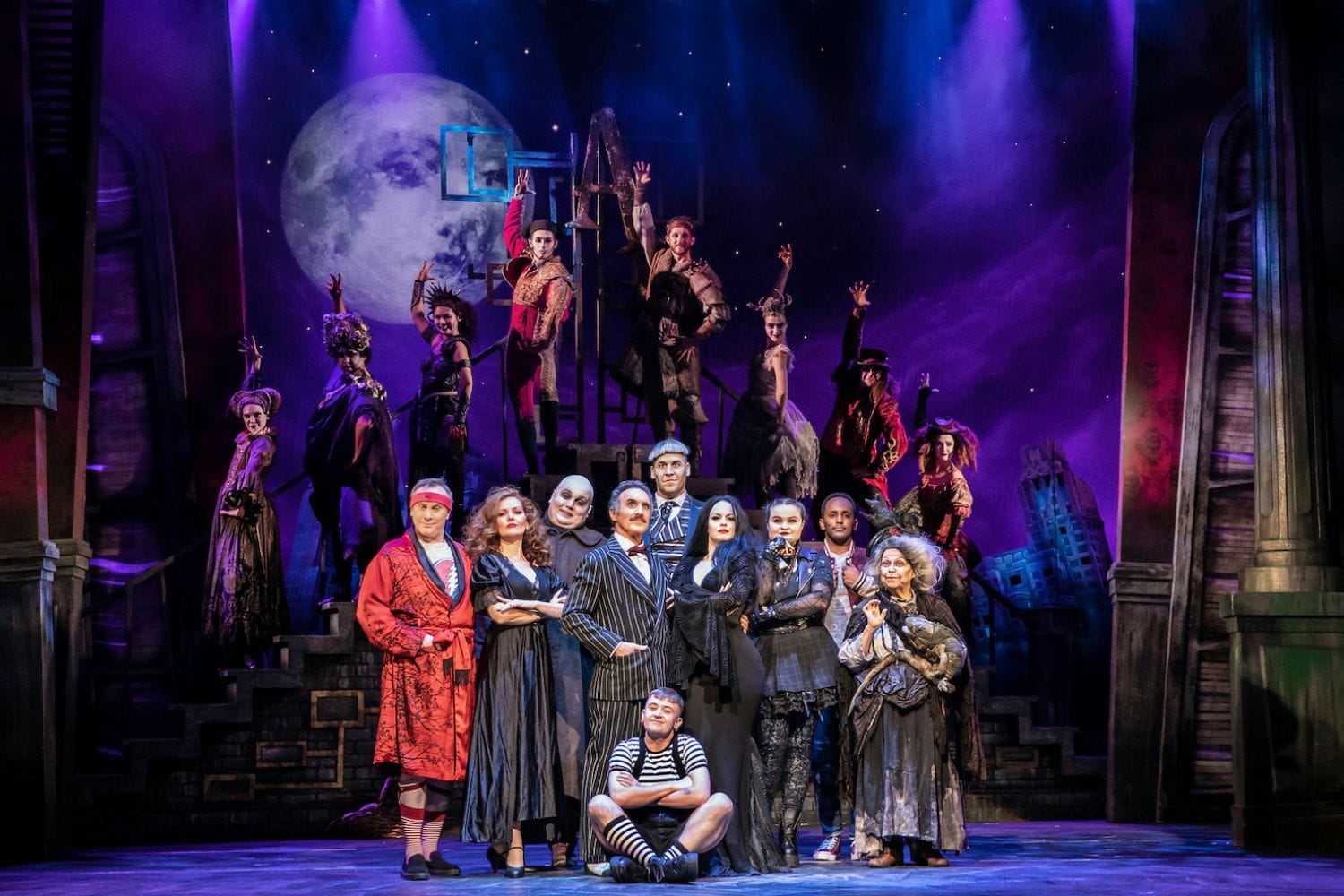 They’re creepy and they’re kooky,
Mysterious and spooky,
They’re all together ooky,
The Addams Family

Growing up I loved The Addams Family and when I heard it had been made into a stage show, I was extremely curious about how it would be done. Along with John, I got to go to opening night at Norwich Theatre Royal.

Look who’s moved into the neighbourhood!

Everyone’s favourite kooky family are coming back on stage in this spectacular musical comedy from the writers of multi award-winning hit musical Jersey Boys, with music and lyrics by Tony Award nominated Andrew Lippa and starring Joanne Clifton (Strictly Come Dancing and The Rocky Horror Show) as Morticia.

Wednesday Addams, the ultimate princess of darkness, is all grown up and has a shocking secret that only Gomez knows. She’s fallen in love with a sweet young man from a respectable family. With his cherished Morticia in the dark, will Gomez manage to keep his daughter’s secret until the two families meet for a fateful dinner with hilarious consequences?

Join them, Uncle Fester, Lurch, Pugsley and more for a heart-warming story of love, family and friendship… with a twist!

Featuring a live orchestra and extraordinary original score The Addams Family is sure to entertain whether you are 12 or 312!

I’ll be honest, I wasn’t sure what to expect from a musical version of The Addams Family. However, the minute that music started and the cast came on stage, I was immersed into the setting and ready for whatever story they were going to tell me. The song “When you’re an Addams” will definitely have you wanting to be a part of the family.

Set in The Addams Family house, be prepared for spooky dead ancestors, torture devices and general madness. The set, although not overly complicated, had everything going on. There were so many different little areas for characters to be, being creepy as you might expect. The whole stage was used and there was so much to look at.

The Addams Family has a live orchestra and a fantastic original score. The songs were not only really funny for the most part but they’ll have you wanting to sing along as well. I only wish I’d known the words beforehand!

This show has an incredibly talented cast. Everyone was an amazing singer, and really got the feel of their character down perfectly. However, for me, Joanne Clifton was the stand out of the evening as she was sensational as Morticia Addams. She had everything from the placement of her fingers throughout the WHOLE show to the way she spoke.

The Addams Family had everything I could have wanted. Be prepared for the spooky and the kooky we all know and love mixed with hilariously catchy songs! 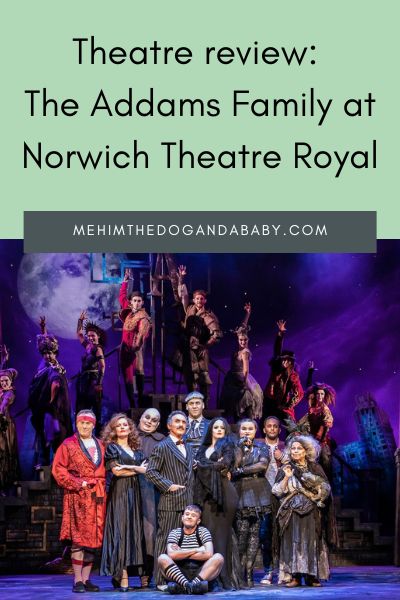