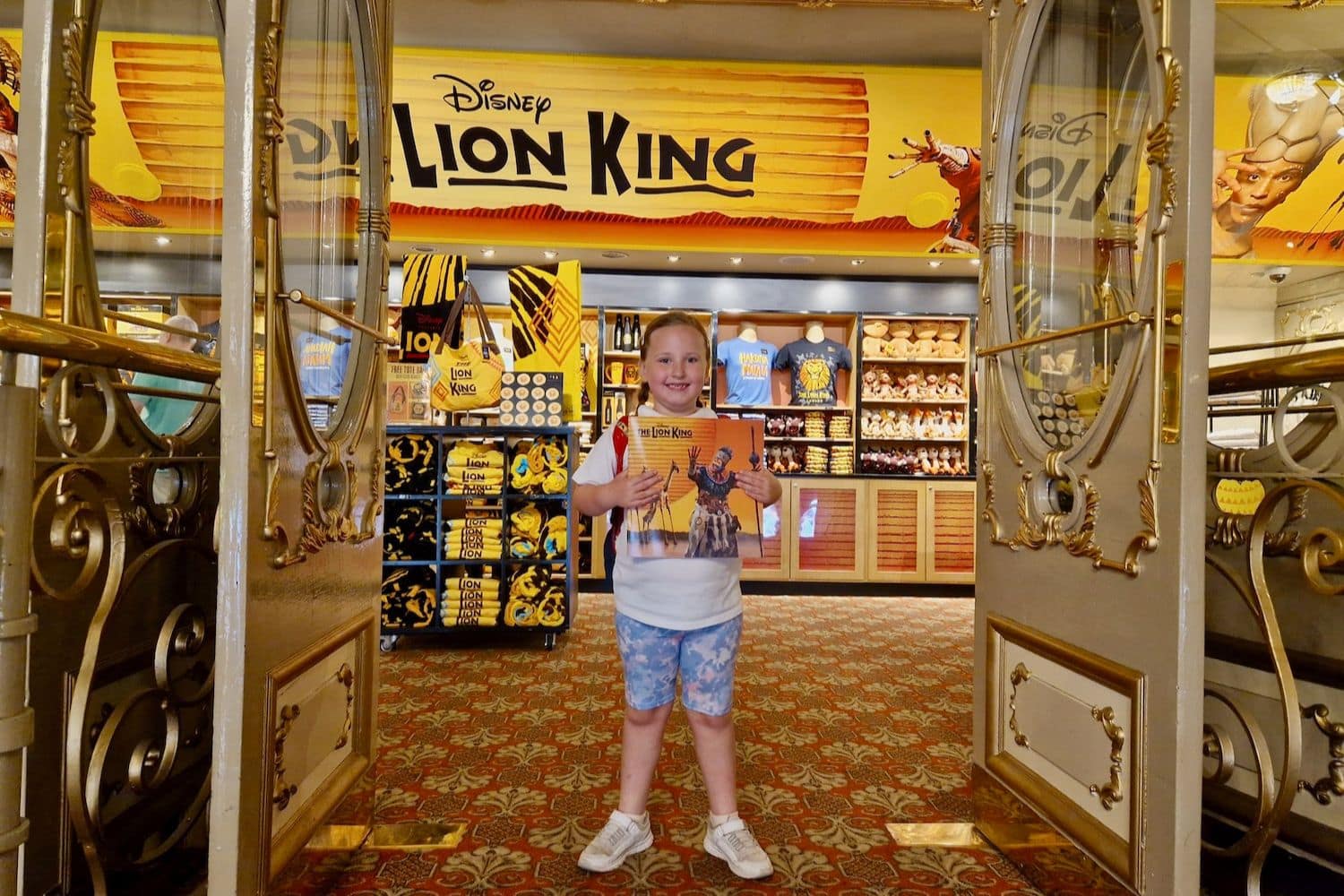 As a family who are big fans of the theatre, Erin couldn’t wait for her second West End adventure after seeing Frozen in 2021. For her second show, I surprised Erin with tickets to see The Lion King at the Lyceum Theatre.

There are quite a few different ways that you can buy tickets for The Lion King however, I booked ours for Kid’s Week. If you haven’t heard of this before, Official London Theatre offers tickets in August where kids go free when you buy an adult ticket.

I bought our London theatre tickets on the day Kid’s Week tickets opened. Although you can get tickets for Kid’s Week at later dates there are only a limited number of tickets and the most popular shows sell out really fast. At the time of booking (in 2022) I paid around £85 for 2 tickets.

The Lion King is currently showing at The Lyceum Theatre.

Getting to the theatre

There are a number of underground stations within easy walking distance of the theatre.

Covent Garden on the Piccadilly line is the nearest tube station to the Lyceum Theatre, with just a 5 minute walk through Covent Garden square.

Charing Cross and Leicester Square on the Northern line are around 7 and 9 minutes walk respectively from the theatre.

If travelling via the Circle line then Temple and Embankment Station are the best options with both around 10 minutes walk from the theatre.

Of course, there are also plenty of buses in London that will get you pretty close to the theatre or you can grab a taxi.

How long is the show?

The Lion King lasts approximately 2.5 hours including an interval.

The Lion King is recommended for children age 6+ and children under the age of 3 will not be allowed in the theatre. Due to the length of the show, I do think age 6+ is a good recommendation. We saw an evening performance that started at 7:30 and ended at 10:10 and Erin was struggling a little bit towards the end. A matinee might be good idea for younger children.

There was so much merchandise that you could buy at the Lyceum Theatre, more so than at any other theatre I’ve been to. We bought a programme for £10 and a Simba soft toy for £20. There were also options such as clothes and more expensive soft toys. You can buy merchandise before the show, during the interval and also after the show ends.

What did we think?

Growing up, The Lion King was my favourite Disney film (until Moana overtook it) so for me the expectations were really high. I’d also heard so many great things about The Lion King and it’s been around in the West End for a really long time now.

As soon as the show started I got a bit emotional. The Circle of Life is such a wonderful song and the opening to the show was amazing. I wish we’d had seats in the stalls as a lot of the performers come down the aisles as animals which was just breathtaking. Those seats are definitely worth paying a bit more for.

Erin was transfixed throughout the whole of the first half. The show does follow the story of the film quite well and there aren’t many additional scenes. This is great for children, especially if it’s their first West End show as they’ll know what to expect for the most part.

The costumes and make-up for the whole cast was absolutely phenomenal. There are so many different animals throughout the show and how they do them is just amazing. I have to say, the huge elephant and the giraffes were some of my favourites. The cast themselves too also could not be faulted. I especially liked the young Nala and Raffiki, who had Erin giggling throughout the show.

Towards the end of the second half Erin was beginning to struggle but this was mostly due to us having an early start, a long day and it being well past her usual bedtime. However, she didn’t want to miss anything and sat up to make sure she got to the end. Afterwards, she declared that The Lion King was better than Frozen so I’d say it was a hit! 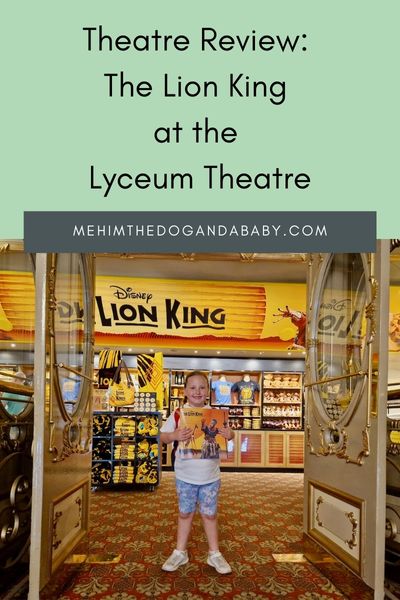