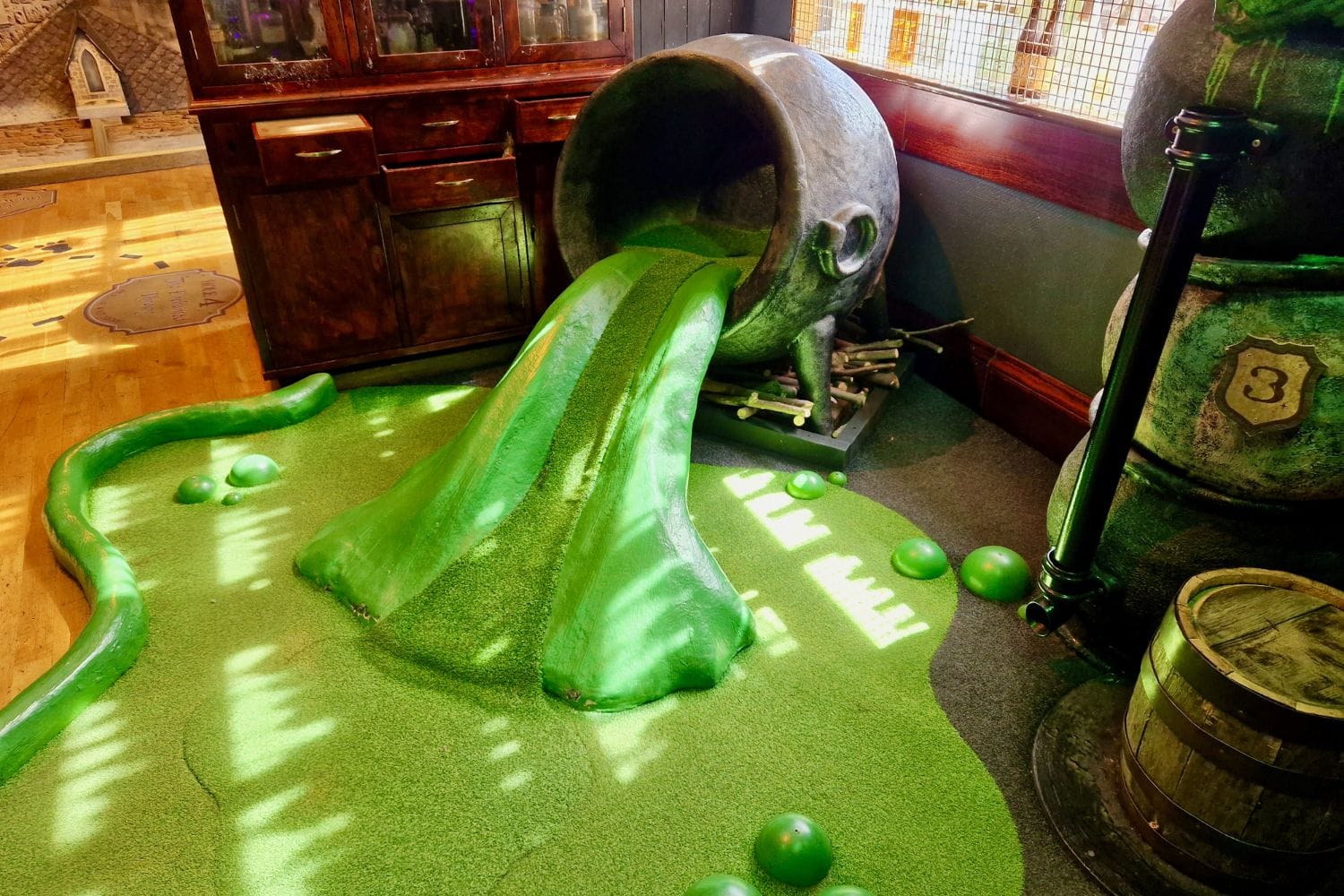 York is full of wizard and Harry Potter inspired activities which are suitable for both adults and children. Take some time out of your day in York to play a round of wizard golf at The Hole in the Wand.

Where is the Hole in the Wand?

What does it cost?

The Hole in the Wand offers various ticket options, including those for groups and couples. Prices are for a round of 9 holes.

Premium – £8.99 child / £9.99 adult. Includes a magical potion drink at the end as well as jelly beans or poison (alcohol) for adults.

Group tickets – varying prices depending on how many players

The Hole in the Wand golf

As soon as you walk through the doors of The Hole in the Wand you’re transported to a magical world and the staff really get into character. You can choose the colour of your golf club and ball and then have some really fun pictures taken with a green screen and some broomsticks before heading off to play golf. Even before playing, we were put in a good mood by the staff.

There’s a 6 shot rule at The Hole in the Wand to ensure that people don’t take ages on each hole and that there aren’t queues of people waiting.  I was glad to see this rule actually because it meant we were forced to stop when we realised we were really bad at some of the holes.

The Hole in the Wand wizard golf is pretty hard and it’s safe to say we struggled on some of the holes. The 6 shot rule came into effect on many occasions! Each hole is obviously wizard themed so think spilling potions cauldrons, plant pots like a scene in Harry Potter etc. The theming of the holes was fantastic and we loved seeing what we would be doing next.

Although the game was quite hard in places, and I resorted to playing it more like hockey than golf, it was so much fun. We laughed and giggled the whole way round the 9 holes and I’m sure there was some children doing better than we were. The 9 holes took us around 45 minutes to complete but it could have been a lot longer had we not had to stick to 6 shots.

Wizard golf at The Hole in the Wand was so much fun and a highlight of my weekend in York. It’s definitely something you can do as a family as well and I know I’ll be taking Erin if we end up on a family visit to York. 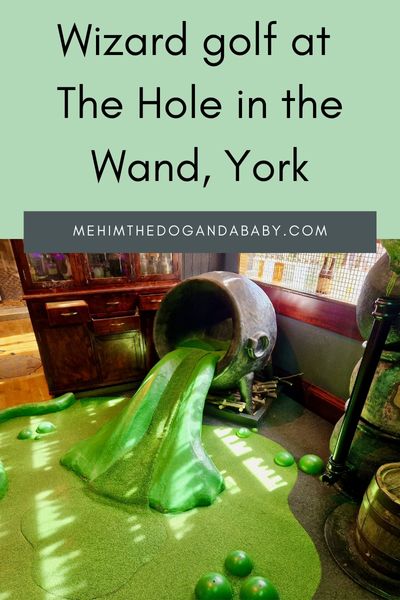