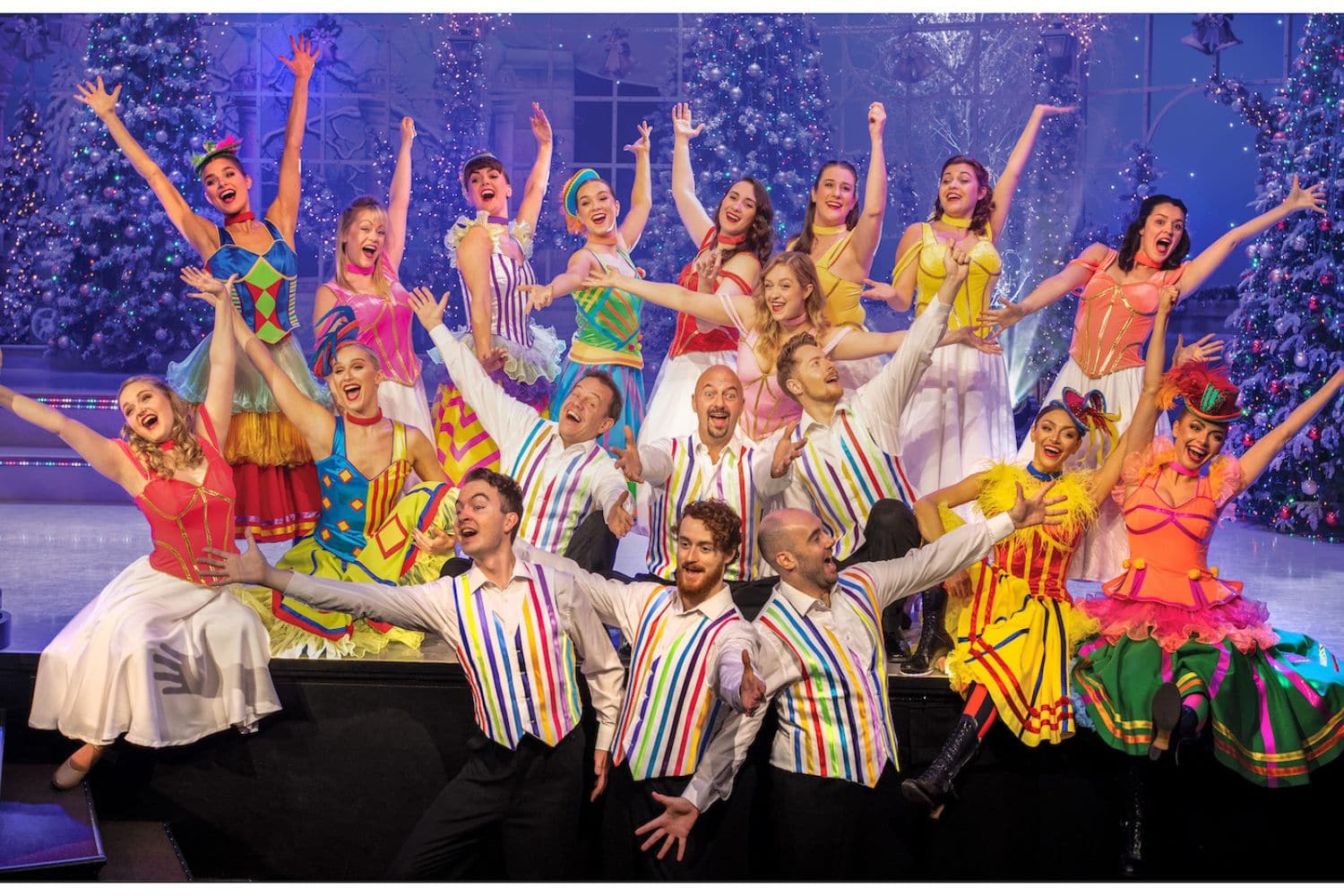 If someone asks ‘what’s the thing to do in Norfolk at Christmas’, the answer is often the Thursford Christmas Spectacular. This year, we got to experience it for ourselves for the first time.

What is the Thursford Christmas Spectacular?

Thursford’s Christmas Spectacular has attracted over 5.8 million visitors to date and is the largest Christmas show in the country.

It is set in the magical surroundings of mechanical organs and fairground carousels, with a cast of 120 professional singers, dancers and musicians – most of whom are straight out of the West End. The three hour performance delivers an extravaganza of non-stop singing, dancing, music, humour and variety. It’s a fast moving celebration of the festive season featuring an eclectic mix of both seasonal and year-round favourites, with famous and much-loved chart toppers being performed alongside traditional carols.

Word of this amazing show has spread and it is now generally recognised as being the largest show of its kind in the country, if not Europe. Up to fifty coaches per day travel from all over the country and many of our patrons have visited year on year, turning the trip into a mini holiday staying in the county’s hotels, guest houses and holiday cottages.

Driving into the car park at Thursford is a bit of a magical experience on its own. There are light beams going up into the sky, festive lights absolutely everywhere and the huge ‘Welcome to Thursford’ sign really will give you goosebumps. Whether you’re going to see the Thursford Christmas Spectacular, or experience the Enchanted Journey of Light (which we haven’t done yet), the entrance will definitely put you in the festive mood.

As you enter the theatre, it really is the most magical feeling. I don’t think I have ever seen anywhere so Christmassy and that is definitely a good thing. The stage is covered in beautifully lit Christmas trees, there are decorations hanging from the ceilings and there are lights absolutely everywhere. I think we got to our seats around 15 minutes before the show started and I did not stop looking around the whole time.

Putting into words just how amazing this show is will not be easy, as I don’t want to give too much away about the show.

Down to the most basic explanation, the Thursford Christmas Spectacular is a Christmas variety show. Comedian Kev Orkian helps to tie the whole thing together, getting the audience to join in and bringing short, snappy sections to keep absolutely everyone entertained. Honestly, I’m not usually a fan of comedians but I was howling with laughter every time he was on stage.

From one act to the next, I couldn’t quite believe each thing that came onto the stage. There aren’t many places where you’ll go from a big west-end musical number to a choir singing in the aisles to Irish dancing or the can-can. I was blown away by how big some of the productions were. The theatre is huge but the whole stage is used so that no matter where you’re sitting, you can see what’s going on.

There are so many surprises throughout the show and you can see just how much work has gone into making it such an amazing show. There’s no wonder it’s been going for 45 years and is still so popular. Every single act was absolute class and the whole cast thoroughly deserved the two standing ovations they got at the end of the show. Sometimes, in these kinds of shows, one or two singers or dancers are featured but I really felt the spotlight was shared around, which was great.

The Thursford Christmas Spectacular is quite possibly the most festive thing I have ever been to and maybe the most magical place next to Walt Disney World. I already want to go again next year and take the whole family.