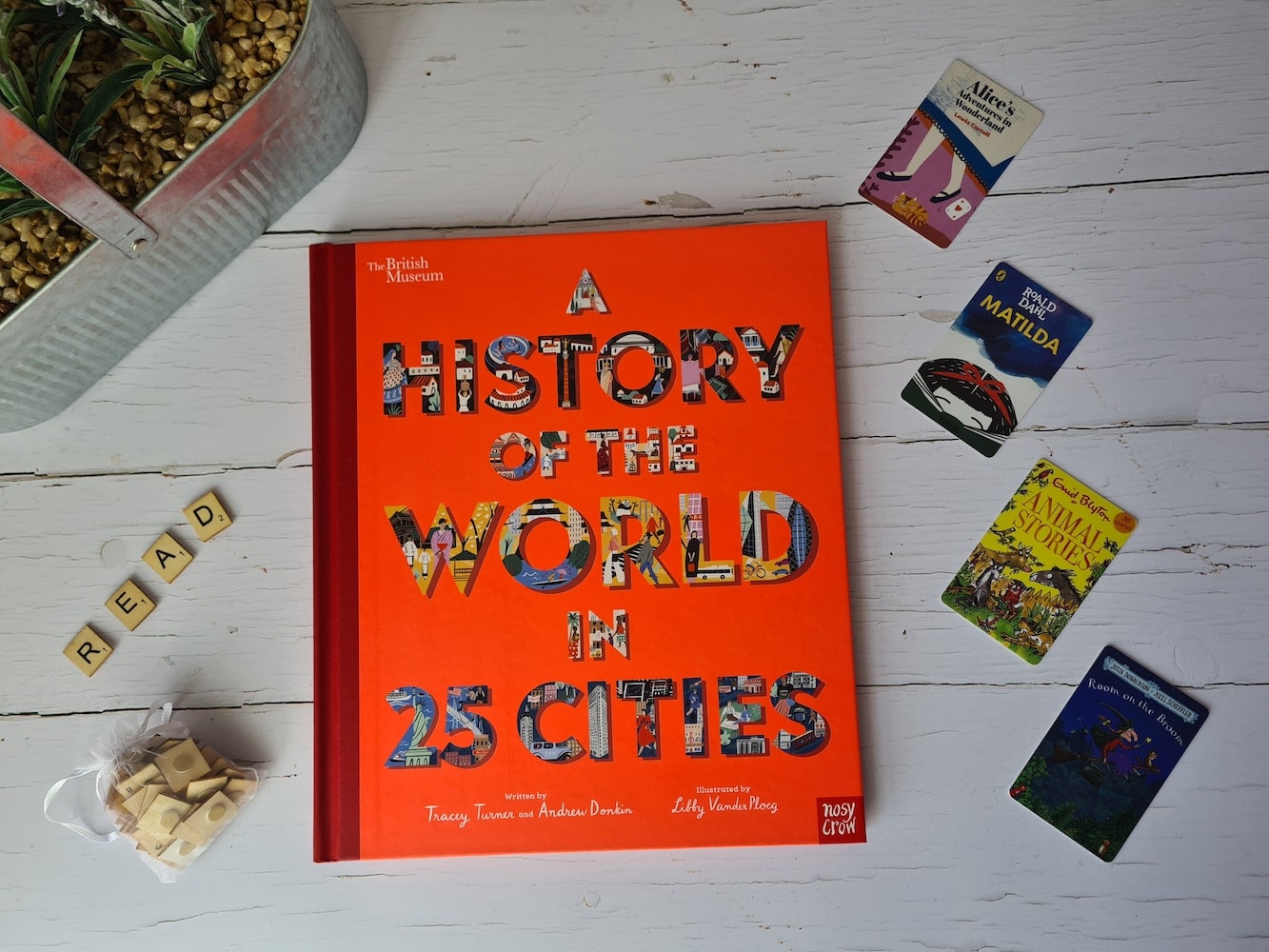 This week’s children’s book review is all about A History of the World in 25 Cities by Tracey Turner and Andrew Donkin. The book was published by Nosy Crow and can be purchased on Amazon.

A stunningly illustrated book of extraordinary city maps, telling the story of human civilisation throughout history.

A gorgeous, large-format gift hardback with a stunning neon cover, A History of the World in 25 Cities features 25 beautifully illustrated city maps from all over the world, from ancient history to the present day.

Co-authored by award-winning children’s authors Tracey Turner and Andrew Donkin in consultation with specialist curators at the British Museum, readers can visit cities from every continent on Earth, from the walled city of Jericho built over 10,000 years ago, to the modern-day metropolis of Tokyo, the most-densely populated city in the world today.

Featuring vibrant, beautifully detailed artwork from Libby VanderPloeg, each carefully researched map takes readers on a city tour at a unique moment in time – from exploring Athens in ancient Greece during the birth of democracy, to walking the beautiful lamplit streets of medieval Benin, deep in the West African rainforest. Readers can even visit China’s long-lost capital city of Xianyang – a city for which no original map exists, which was painstakingly recreated with support from the British Museum’s team fantastic team of experts.

Each map is followed by two gorgeously illustrated pages of fascinating information about what life was (or is like) like for the inhabitants of each city at the time, including a bite-sized look at each city in numbers. Packed with countless facts for curious readers to return to again and again, this is a perfect gift for children who want to explore history from around the world.

John and I have always said that we we really want Erin to learn about different places and cultures, especially as we live in a small town that’s not very diverse. We don’t have loads of money for expensive holidays or exciting trips abroad all of the time though so we need to rely on books to help us teach Erin. When I think about teaching her about new places I’m not very creative or know that much about a lot of places.

A History of the World in 25 Cities really covers a lot from all around the world and in history, and some cities I’ve never even heard of before.

Each city showcased in this book gets 2 double page spreads; the city and the next about what life is or was like there The book also works in historical order starting with Jericho in around 8500 BC and going right up to Tokyo today and what he future might be for some cities. For each city you are going to get to learn something completely different.

The first of each double page spread is quite busy and acts as a sort of map of the city, showing off loads of different things that are there. For example, you can see the city walls in Benin City or the Notre-Dame Cathedral in Paris. There are little snippets of information next to each thing.

The second double page spread has a bit more detail and covers a few topics but in more depth. These are all things from life in that city, such as politics, health, wealth and technology. These pages give you a better insight into the city during that time and what might have been happening there.

A History of the World in 25 Cities is such a fun book for learning more about the world but in a slightly different way. 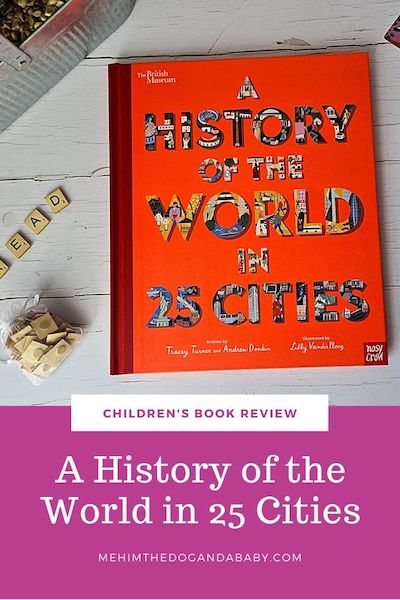