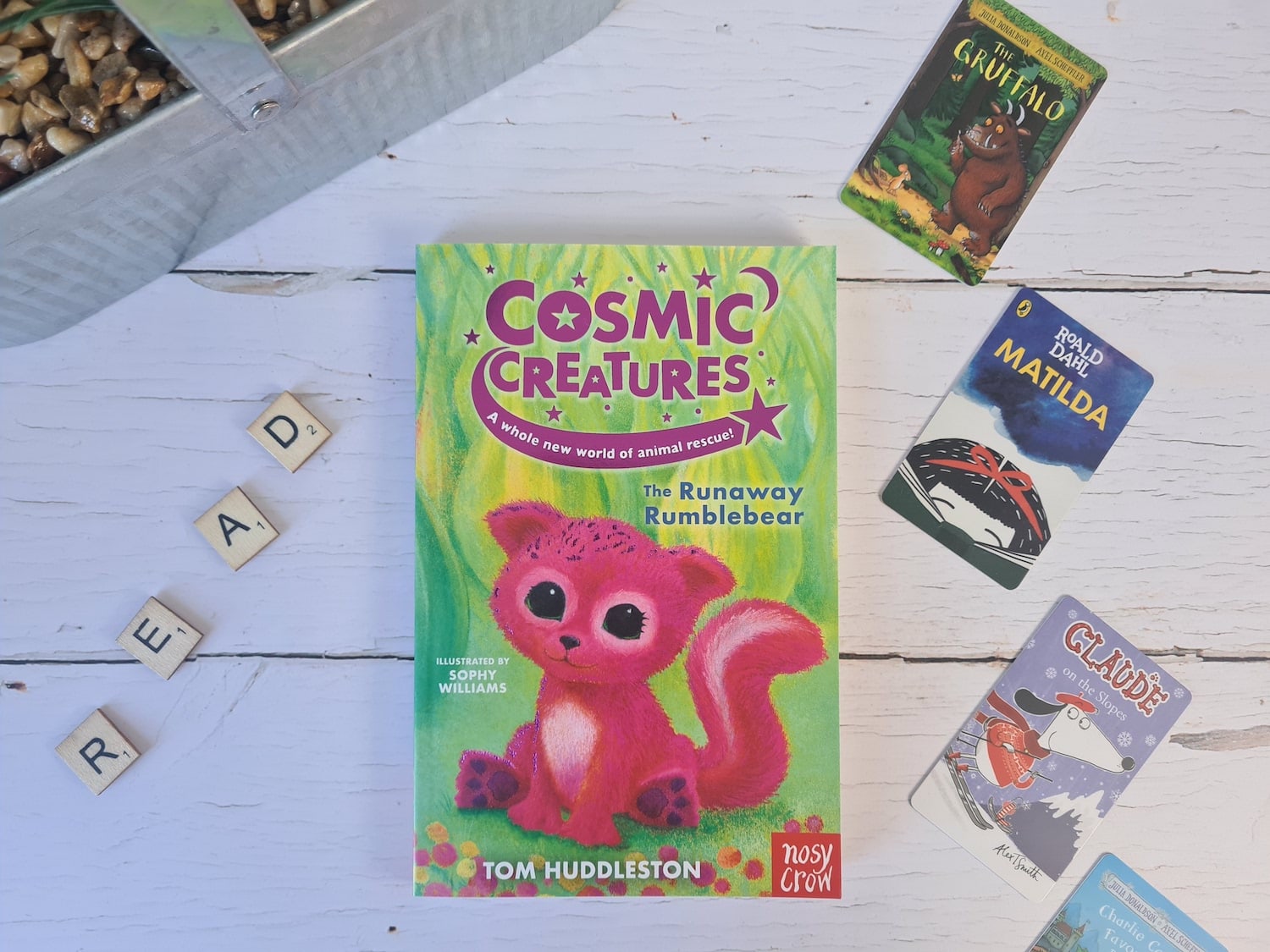 This week’s children’s book review is all about Cosmic Creatures: The Runaway Rumblebear by Tom Huddleston and Sophy Williams. The book was published by Nosy Crow and can be purchased on Amazon.

On a faraway planet, cute alien animals need help! Luckily, Charlie and her robot friend, Random, are ready for any rescue adventure…

Something has been stealing the humans’ food on planet Vela! Charlie discovers the thief – it’s a cheeky, fluffy, hungry rumblebear! The rumblebear has lost its family, and Charlie is sure she can help it find them. But first, she’ll have to hide the rumblebear from the angry mayor, and it’s not easy to hide something that roars like a lion and won’t stop eating!

Look out for the other Cosmic Creatures stories:

Now age 6 and getting to be quite the confident reader I’m always looking for new chapter books for Erin. This particular book is aimed at children 5+ and is a great one not only to try and read themselves but to have an adult read to them. The text is a good size and the chapters aren’t too long so children don’t need to read too much at once if they don’t want to.

Firstly, the Cosmic Creatures have such a fun setting. Instead of being set on Earth, this book is set on planet Vela where cute alien animals need help. If your kids are anything like Erin then they’ll love making up animals and creatures on their own so this is a fun way to help their imagination.

In this book, there is a mysterious animal eating all of the human’s food and Charlie soon figures that it’s a rumblebear who seems to have lost it’s home. Charlie wants to get the rumblebear back to where it belongs but it’s not that easy!

The story is really quite exciting and there’s a lot going on. From Charlie trying to hide her new friend, who is far from quiet, to people not wanting new creatures around especially when they’re eating the food! There’s also the lovely aspect of the rumblebear being reunited with it’s family and back home where it belongs. 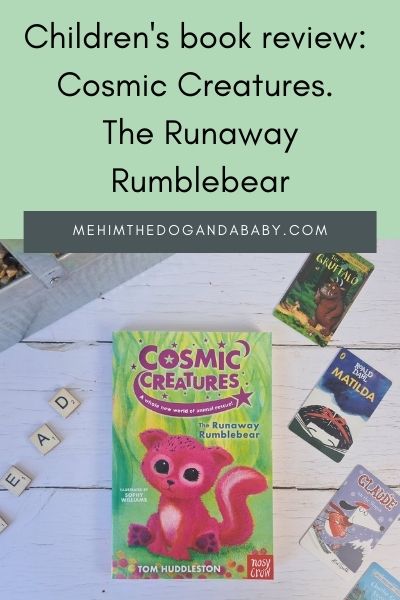