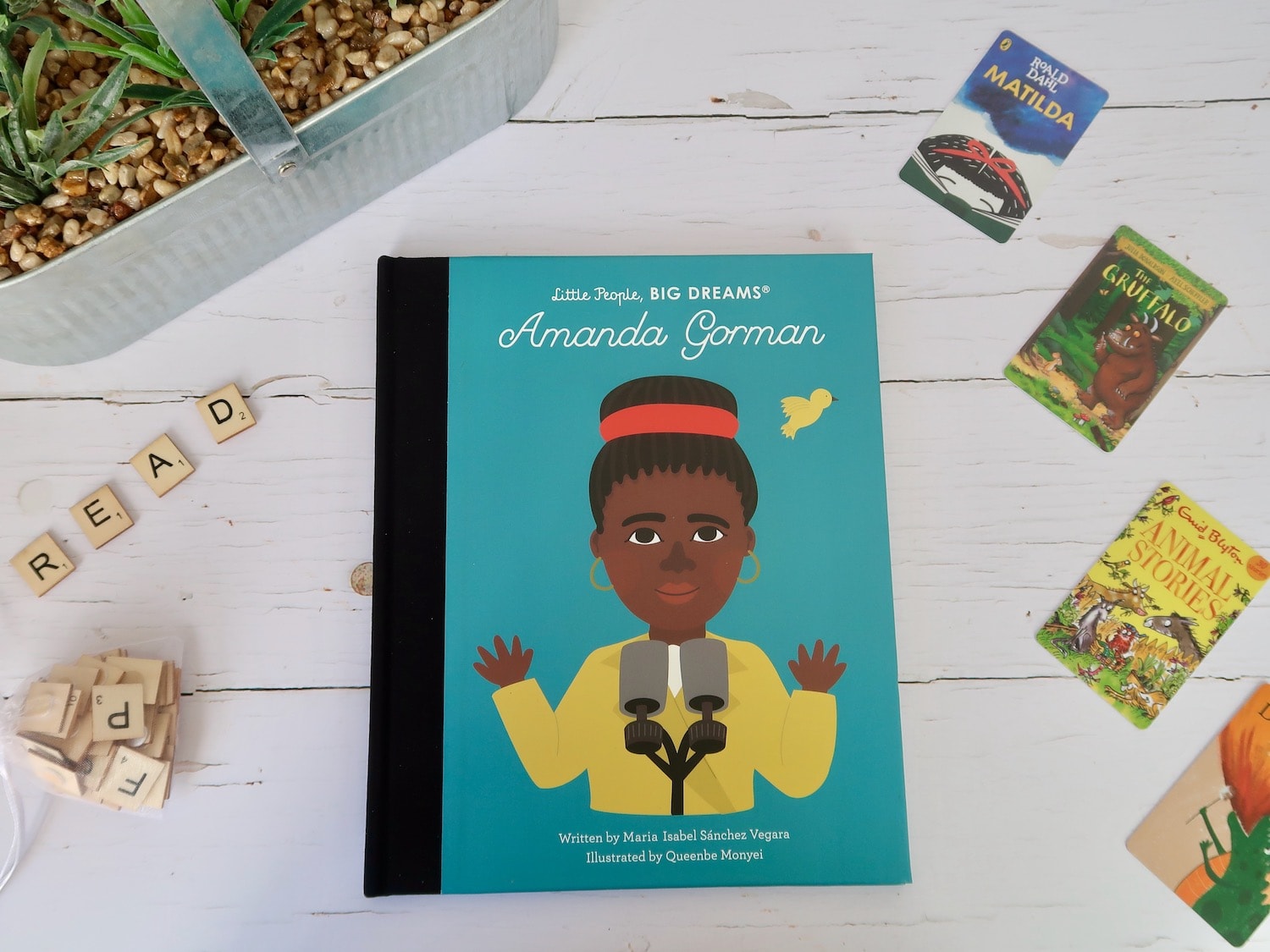 This week’s children’s book review is a book from the Little People, BIG DREAMS series, and is all about Amanda Gorman. The book can be purchased on Amazon.

From an early age, Little Amanda read everything she could get her hands on, from books to cereal boxes. Growing up with an auditory processing disorder and a speech impediment, Amanda had to work hard, but ultimately she took great strength from her experiences.

After hearing her teacher read aloud to the class, she knew that she wanted to become a poet, and nothing would stand in her way. At the age of 19, she became America’s first-ever National Youth Poet Laureate. And, after performing her inspiring poem ‘The Hill We Climb’ at the Presidential Inauguration in January 2021, she became an icon across the world.

This inspiring book features stylish and quirky illustrations and extra facts at the back, including a biographical timeline with historical photos and a detailed profile of the incredible young poet and activist’s life so far.

Our second book in the Little People, Big Dreams series is all about Amanda Gorman, someone I actually hadn’t heard of before. That’s one of the things that I’m loving about this series of books, it’s a chance to read about some amazing people both that I have heard of and some that I haven’t as well.

Erin’s now at an age where she’s noticing differences in people and I think it’s really important to talk to her about these things. Amanda Gorman had trouble pronouncing words as a child, shown in the early pages of this book. That didn’t stop Amanda though, and she went on to read everything and anything she could get her hands on.

Instead of letting her speech impediment hold her back, Amanda Gorman decided to become a poet. The great thing about this is being able to show Erin that no matter what she wants to do, if she works hard she can accomplish it, just like Amanda.

Amanda achieved so many amazing things, such as performing a poem at President Biden’s swearing-in ceremony. She writes about diversity, justice and equality, sharing ideas and thoughts bigger than just her, poems for everyone and books to inspire.

The pages in this book are really bold and colourful, with only small amounts of text. This is perfect for younger readers who might lose interest quickly if there was a lot of words to read. The illustrations really show the different things Amanda has done in life and there’s a lot to talk about in the images. 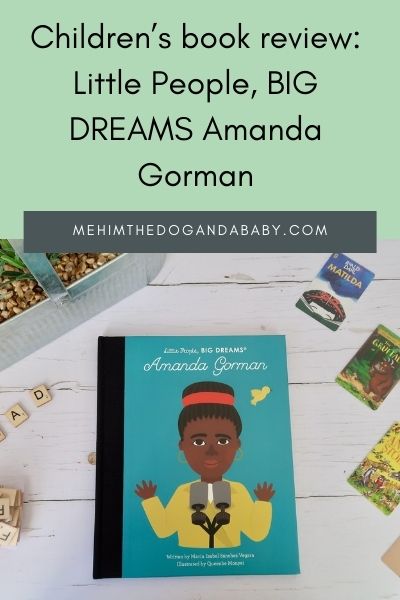