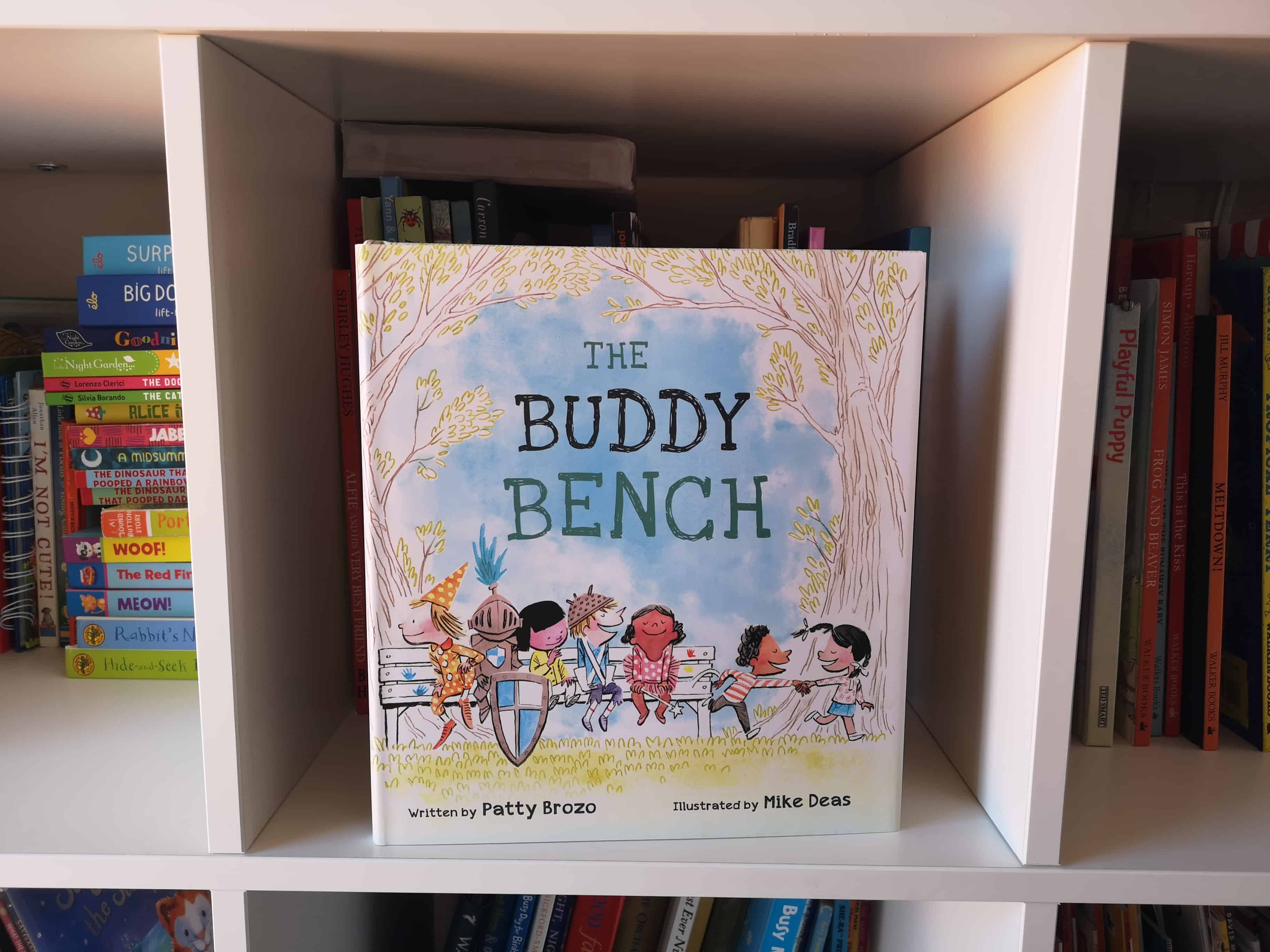 The Buddy Bench by Patty Brozo and illustrated by Mike Deas. Published by Tilbury House Publishers on 13th September 2019. 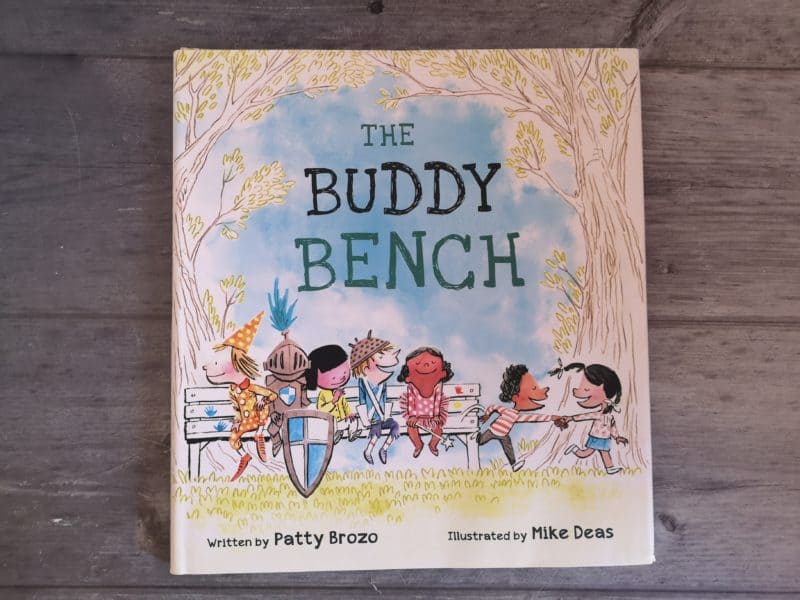 Having seen what being left out is like, children become agents of change, convincing their teacher to let them build a buddy bench.

Buddy Benches were introduced in Germany in 2014. When a child sits on the bench, it signals to other children to ask him or her to play. Patty Brozo’s children bring a playground to raucous life while Mike Deas’s illustrations invest their games with images of planes, dragons and elephants. The children match their imaginations with empathy, identifying and swooping up the lonely. 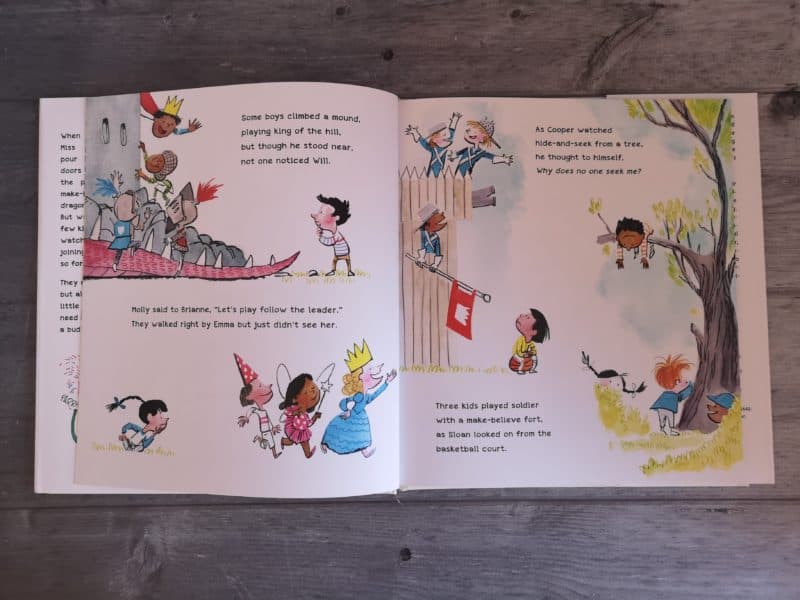 I think something a lot of children worry about when going to either school or nursery is whether they will make friends or if people will like them. Unfortunately, some children don’t make friends as easily as others and can sometimes feel left our or alone. Erin is quite happy where she is at nursery but I worry about how she might feel when she moves up to school next year. 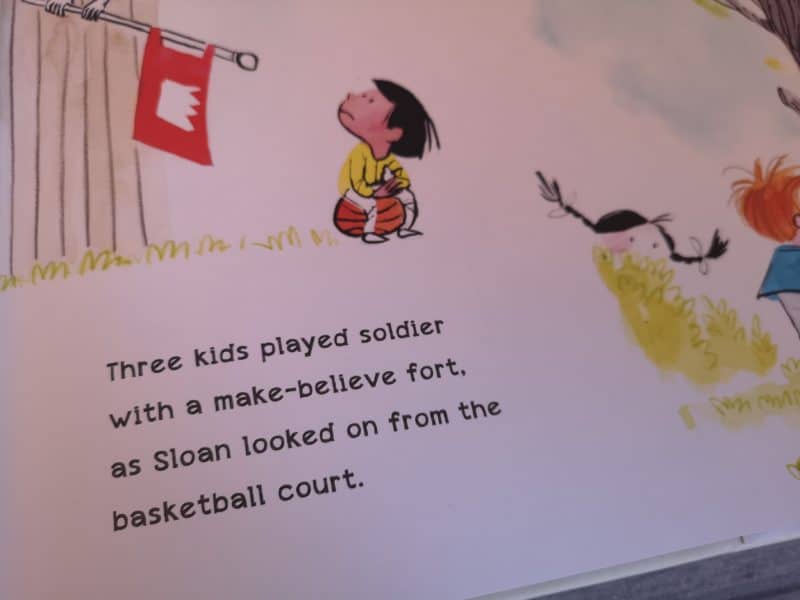 The Bench Buddy is set during break time at school when all of the children go out to play. They go off having their own adventures and fun but there are some children sat watching, along and without friends to play with. It was really quite sad to see the children being on their own. 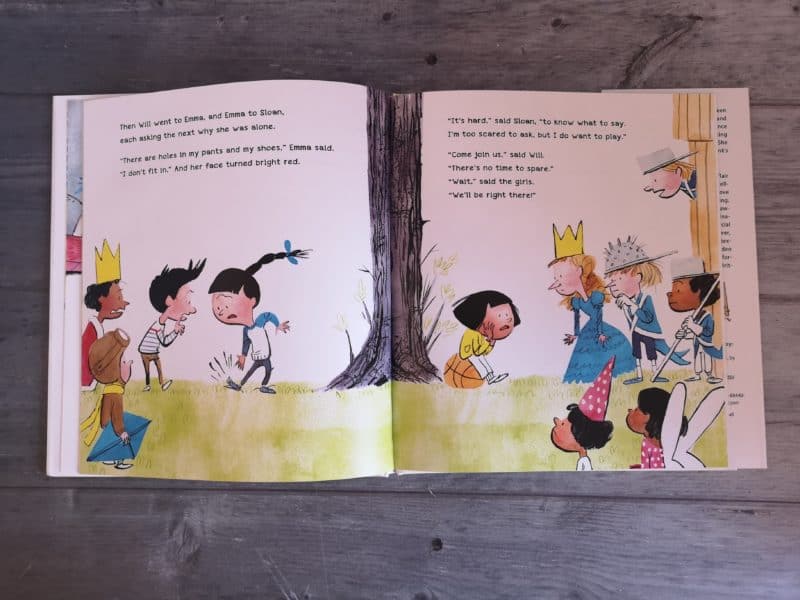 Something I really liked about The Buddy Bench was that it showed a range of children with different ‘issues’. One had a broken leg, one had a stutter and one had clothes that were a bit worn out. I think it’s important to teach children that we don’t all come from the same background and there are plenty of reasons why someone might be different to them. 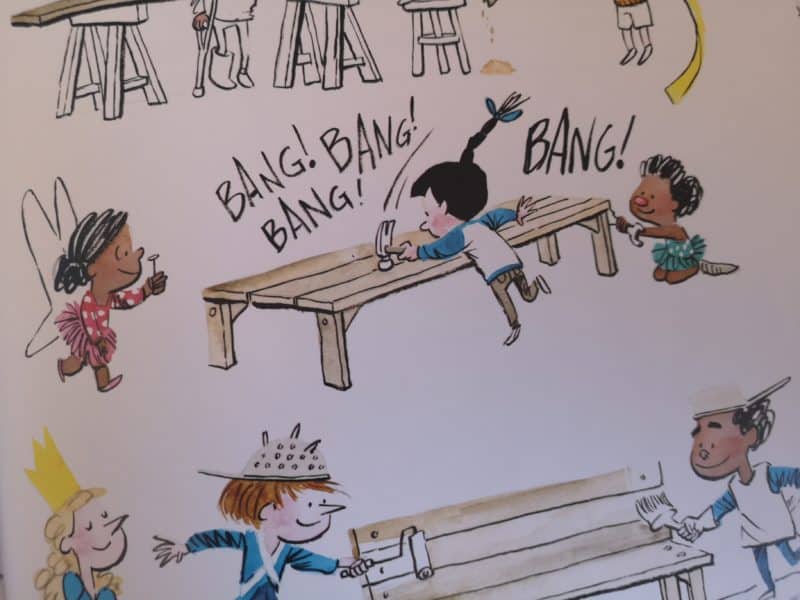 After the children go back in after the break they want to do something to make sure no one feels alone any more and the teacher helps them to build The Buddy Bench. I’m pretty sure that the school that Erin will be going to next year has something similar to this so it’s been great to introduce her to the idea early on. I don’t want her to ever feel like she can’t say she wants to play with someone.

The Buddy Bench can be purchased on Amazon.

Win a copy of The Buddy Bench

Win A Copy Of The Buddy Bench by Patty Brozo 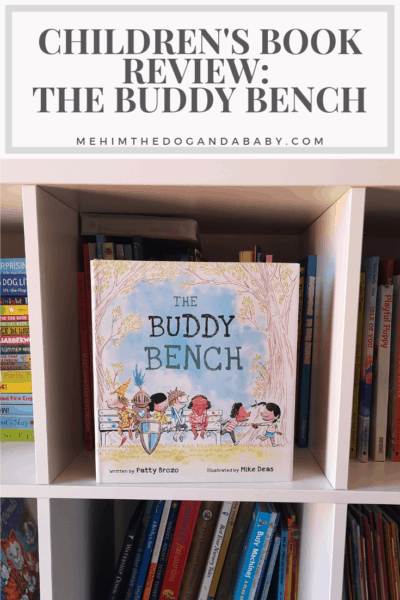