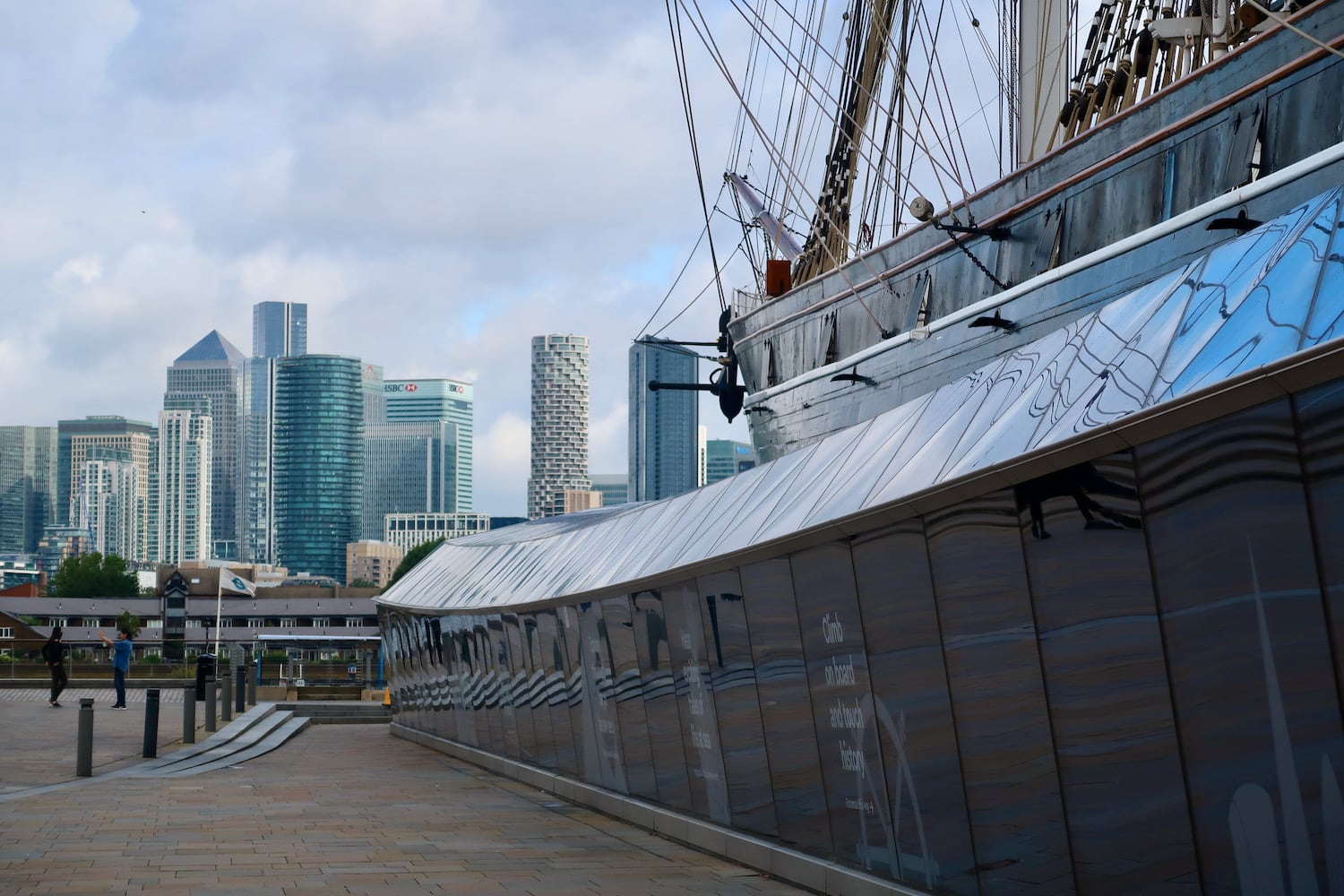 During a visit to London we decided to stay in Greenwich, an area we had never been before. We were keen to discover some of the attractions in the area, starting with the Cutty Sark.

Getting there and prices

The Cutty Sark is situated in the heart of Greenwich and can be reached by a number of public transport stops including Greenwich Station, Cutty Sark DLR and Maze Hill Station. From our hotel in Greenwich it was a 10 minute journey either on bus or DLR.

As of summer 2022, it costs £15 for an adult ticket to the Cutty Sark with children costing £7.50. At the moment you must book a timed ticket online prior to entry but once you are there you can spend as long as you like on board.

As you approach the Cutty Sark it’s a pretty impressive sight. I mean, there’s a huge ship in the middle of Greenwich and it’s not in the water. Erin had quite a lot of questions straight away about why the ship was there, why it wasn’t in the water any more and how people got it on land!

As we already had our tickets we were able to get in as soon as the doors opened (we’d booked for 10am) and were the first ones there. For us, this was great as it meant all areas of the ship were quieter and we were able to have a bit more space while looking around. When we left, it was starting to get quite a bit busier (not busy busy though) so this is something to consider when booking tickets.

Starting our visit inside the ship there was lots of information about the Cutty Sark and it’s history. John was particularly interested in this aspect of our visit as his Grandad was in the Merchant Navy on a cable ship so loves to learn anything about ships.

Throughout the ship there are various things for children to do which was very much appreciated. Erin was able to try to sail a ship herself on a screen although she crashed… a lot! One of Erin’s favourite activities was being able to write a letter or draw a picture in her case, to a sailor who might have been on the Cutty Sark. Really, you were supposed to write a letter from the point of view of the sailor as if he was writing home but Erin wanted to do her own thing.

Something we all enjoyed was seeing inside rooms that would have been used on the Cutty Sark during a journey. We were all pretty amazed to see inside the sleeping quarters and see how small and narrow the bunk beds were. This was to make sure people didn’t fall out or get thrown around in bed if the seas were rocky. I’m not sure I would have even fit in one of them!

Once you get on the top deck there are some pretty amazing views of London across the Thames. Again, up here you could see into some of the rooms on the ship and this was definitely Erin’s favourite part. She loves to get stuck in and really explore everything that she can get into. Some of the rooms are very small though so it was a bit of a case of ducking down for me and John at times.

The Cutty Sark Café is open daily from 10-5 and is located on the lower ground deck of the ship underneath the gleaming copper hull. We didn’t eat in the cafe during our visit as we had other plans for lunch but they serve ‘deli combination sandwiches with classic British ingredients, cakes made fresh for you daily, cream teas, assorted snacks and children’s dishes, with many healthy options.’ The prices are quite high though which is to be expected somewhere like this.

Where the cafe is you can also see the complete underneath of the ship which was pretty amazing. You don’t really get a real feel for just how big the ship is while you’re looking around so I’m glad we made the time to go down here to explore that little bit further.

Visiting the Cutty Sark was something really different for us and we enjoyed our time there. I was surprised at how much there was for younger visitors to do and Erin found herself getting stuck in to something every few minutes. We all found a lot to be interested in however, it didn’t take us very long to go around everything. You may find that you can stay longer if you’re there without a small child who only wants to look at things for 2 seconds. 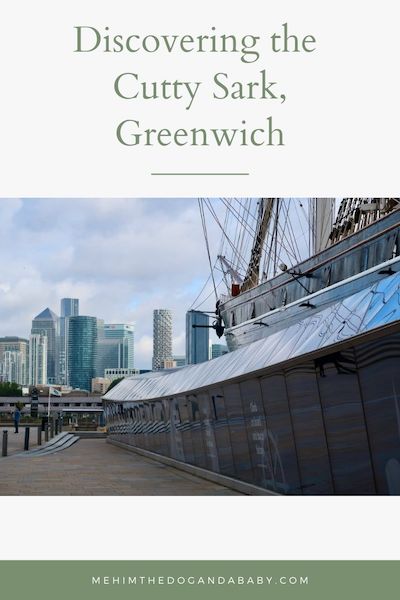