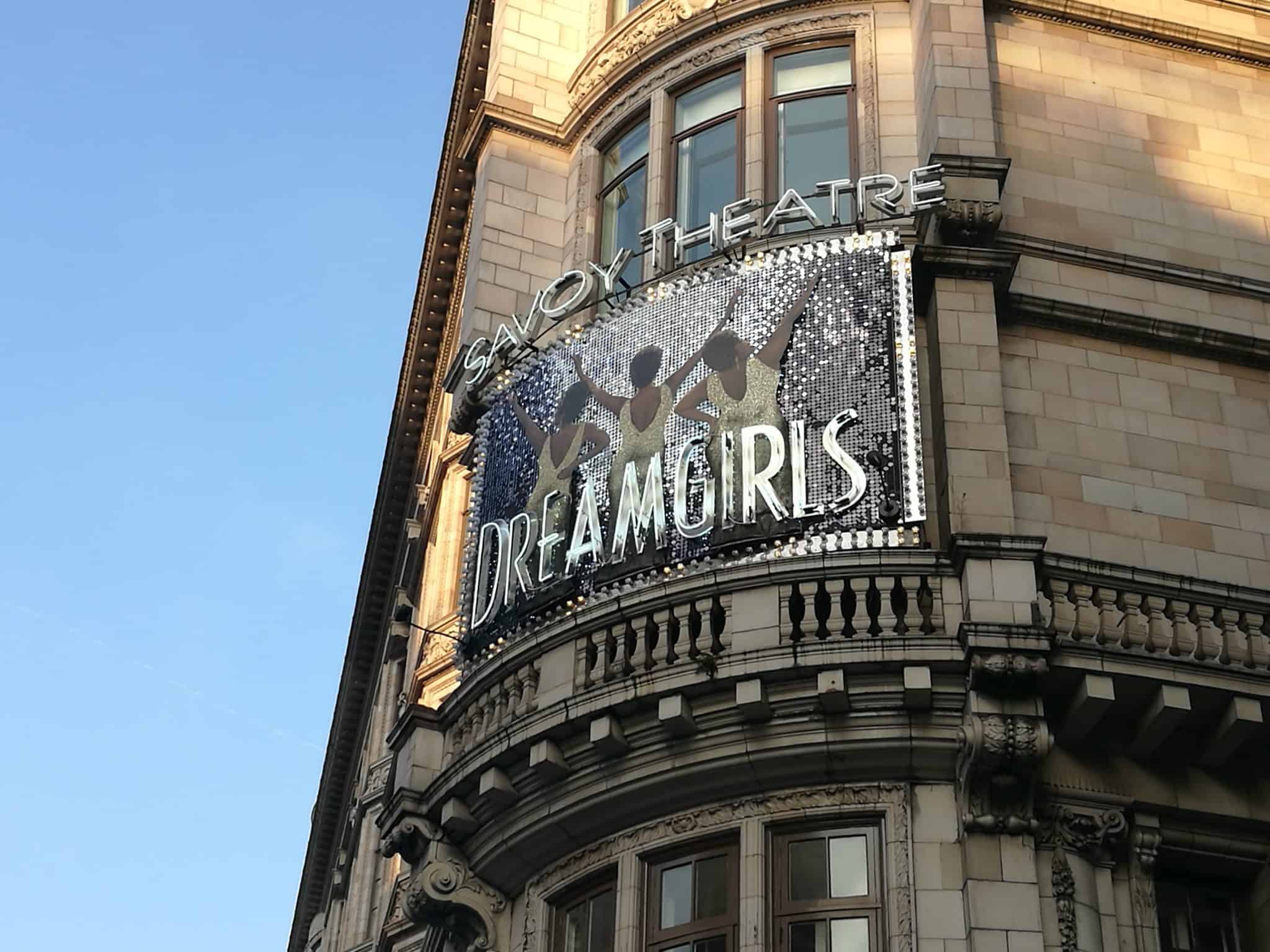 I normally don’t pay too much attention to any plays or musicals that come out in London. However, when I found out about Dreamgirls I was desperate to see it on a stage. It’s one of my favourite musical films and Amber Riley who stars in it is an amazing singer. She recently won an award for her part in Dreamgirls! I recently went on a trip to London without John or Erin and my sister bought me Dreamgirls tickets as a birthday present.

Dreamgirls is currently being performed at the the Savoy Theatre. As theatres go, this one is one of the nicest that I have been to in London but it’s no wonder really is it.

The seats were comfortable and the view was fantastic. We were sat in the front row of the upper circle in what were classes as obstructed view seats. I had no problems seeing at all but I did have to lean over sometimes but that was because I wanted to get closer!!

I’ll be completely honest and say that I was dying to see Amber Riley play Effie White. Imagine my disappointment when we got to the Savoy and read that it was an alternative instead. Heart dropped! However, I soon got over that when I heard Karen Mav sing. I didn’t think you could get much better than either Jennifer Hudson or Amber Riley but my god this girl can sing. When she sang And I Am Telling You I had actual goosebumps and was close to tears. I could not fault her performance in the slightest and I’m actually glad we got to see her play Effie.

The whole cast was fantastic though. I wasn’t sure how Jimmy Early’s character would come across on stage but Adam J Bernard was wonderful. He had the cheek and charm that Eddie Murphy did in the film. He had the audience clapping along and cheering for him which was great!

I did, of course, have favourite moments in the show and some which I wasn’t prepared for. There were a few changes compared to the film version of Dreamgirls and one of the biggest was the song Listen. The theatre version is a duet between Effie and Deena. I was ready to hate it but I didn’t. Don’t get me wrong, I don’t think it was as good as Beyonce singing it on her own but it really worked with the story.

There was nothing I disliked about Dreamgirls. The songs were great, the performances outstanding and the sets/ costumes dazzling. Dreamgirls is now one of the best London musicals I have seen on the stage. I would quite happily go back and see it again tomorrow.

1 thought on “Dreamgirls at The Savoy Theatre”