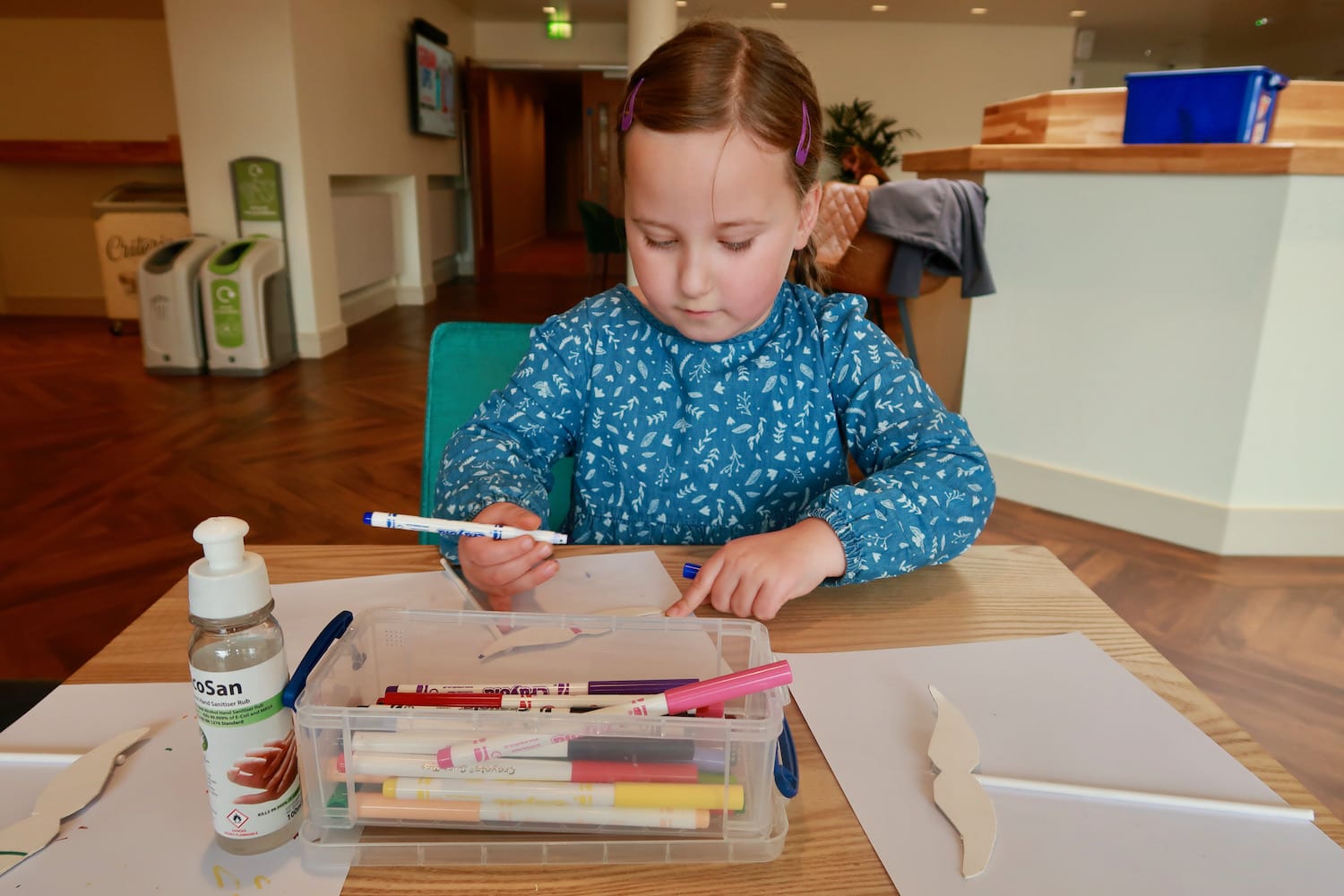 Over October half term Norwich Theatre Royal hosted two family days, which consisted of both bookable and free activities for children and their parents. We were invited along to see what the family day was like and to try out some of the activities.

We started our day with a session called Natural Colour Explorers which ran for an hour in the morning and was held in Stage Two. We didn’t really know what to expect from the session as the description was quite limited but we were excited to do something new and different.

Local artist Genevieve Rudd had set up a great display including some beautiful autumnal produce such as flowers, pumpkins and other vegetables, along with a basket and blankets etc., all set off with some beautiful lights. Even before the session began we talked to Erin about what there was to see and what we might be doing.

Genevieve explained that we would be doing some art but only using a range of different kinds of food and drinks. The children all had paper in front of them and a pencil as well as some petals and a couple of different kinds of leafy items. It was completely up to the children what they wanted to draw but Erin decided she wanted to copy some things from the display.

Erin really loved discovering the different items that Genevieve brought round and figured out how she could use them to colour her picture. Some items were things like coffee, fruit teas, paprika and turmeric. Some were liquids, some were powders and some were still in leaf form.

The Natural Colour Explorers session was so much fun and something that we probably wouldn’t have picked to do before. I got involved and drew a picture myself and I actually had a lot of fun. Erin’s already asking if we can do this again at home sometime.

As we walked back through Norwich Theatre Royal we discovered that there was a Secret Scientist Trail going on, and this was free to do. Erin was given a little goody bag and a trail to follow where she had to do various different activities and collect stars as she completed them.

Staff at the theatre were amazing and really threw themselves into the activities with the kids. Erin really loved being able to design a moustache and say a code in return for a sticker, play a musical instrument and one of her absolute favourites was learning how to make a paper aeroplane and having a bit of a race with other children.

These activities didn’t take too long but it was really fun to walk around the theatre and discover the different things that there was to do. Even better that it was a free activity and they were really simple ideas too.

After a break for lunch we headed back to Stage Two where we were able to go to a screening of Wall-E and this was also free (although needed to be booked online). Erin and I hadn’t seen the film before and we really loved it. I didn’t know films were able to be shown here so I was quite surprised.

Before we headed off we visited Cafe Royal, which is situated on the ground floor of the theatre. It had been quite a long day and we wanted a bit of a treat after watching the film. The cafe offers a lovely range of drinks both hot and cold and a selection of cakes and pastries.

The hot chocolate I had was one of the best I’ve had anywhere and I would go back for that alone. The cafe wasn’t too busy so if you’re looking for somewhere a bit quieter to enjoy a drink pay them a visit, even if you aren’t seeing something at the theatre.

The family day was so much fun and a lot of thought had gone into the activities and what there was for everyone to do. I hope another is hosted in other school holidays as it was great to see other families enjoying what was on offer. 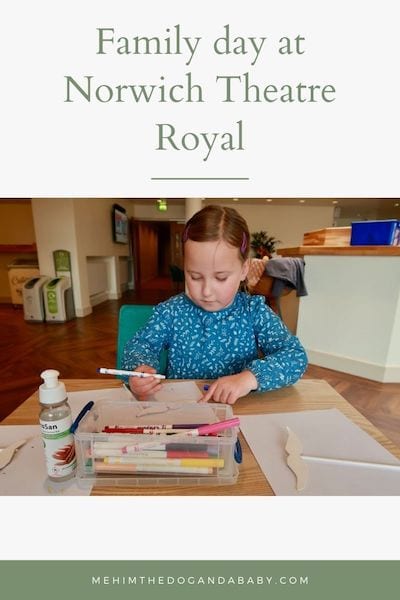