I’ll be completely honest and say that up until this year I have never really been too bothered about Christmas. However, now that we have Erin everything has changed. I am so much more excited this year than I think I ever have been and Erin won’t even know what’s going on. This post is all about some of my favourite things to do with Christmas!

I have always loved All I Want For Christmas Is You by Mariah Carey. My mum absolutely hates this song though, as do a lot of other people I know. I don’t really think it’s Christmas until I hear this song though. It has no special meaning or anything, I just really love it! 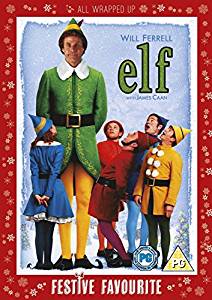 Who doesn’t love Elf? (If that’s you, we may have to stop talking) I don’t think I’d actually seen this until my sister forced me to watch it one year. I have no idea why I wouldn’t have wanted to though. Although I do love Elf, it was quite hard choosing this as a favourite as I do have one other Christmas film that I have to watch every year. Bad Santa. I think this one is because it’s really not the typical, happy Christmas film! 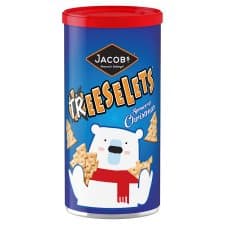 Everyone will probably think that this is a really strange pick. Cheeselets have got to be my favourite Christmas food. Well, they’ve changed them to Treeslets for the season now. I always remember having these as a kid growing up but only around Christmastime. For some reason I can never get these after January so I always tend to stock up a little bit.

I’d love to know what some of your Christmas favourites are. Let me know in the comments!