This is Erin’s first Christmas and John and I have been trying to figure out what we want to tell Erin about Santa. It’s really hard because there are so many things we don’t agree with but we still want her to know the magic of believing in Santa. 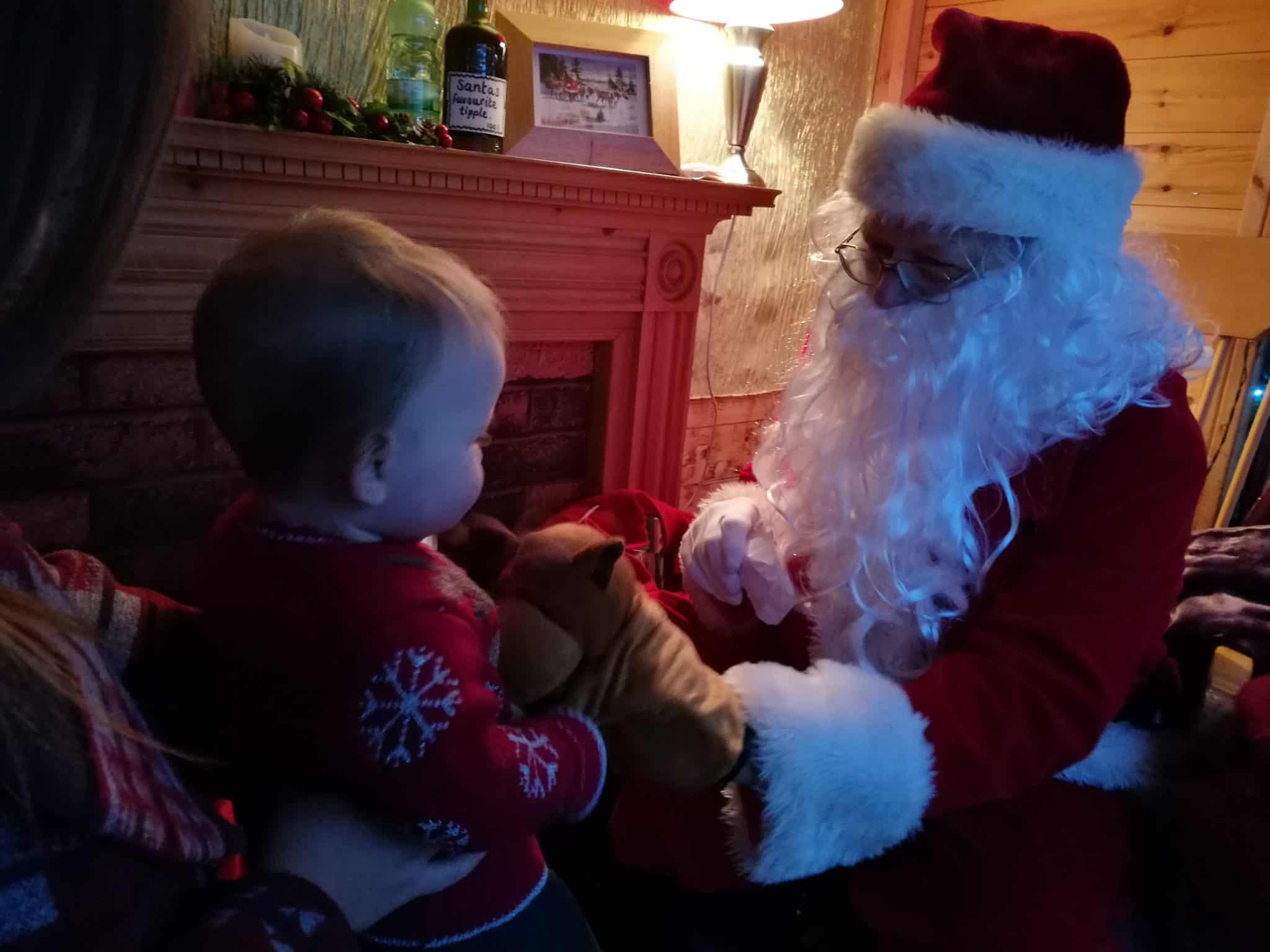 Something both John and I are very adamant about is not telling Erin about the ‘naughty or nice’/ ‘good or bad’ list. I don’t agree with ‘threatening’ a child with something along the lines of ‘if you do (insert here) Santa won’t bring you gifts’. Obviously these are always empty threats. I don’t know anyone who has followed through with this. Santa shouldn’t be something or someone to be afraid of.

Another reason is because neither of us are in any way religious. The Bible says that good people go to heaven and bad people go to hell and we don’t want Erin to think anything along these lines. The idea of the good/ bad list makes you think that anyone who is good will be rewarded and that is, unfortunately, not how life really works.

This also means that we won’t be doing Elf on the Shelf. I actually wanted to do this but John said it was creepy and it doesn’t actually go with what we want to teach Erin. If Santa climbing down a chimney and into your room to fill a stocking wasn’t creepy enough then a bloody elf watching your every move is!

do presents come from santa?

This one has been a bit difficult. John thinks part of the magic is thinking that Santa brings all of your presents. I disagree because not all children get the same. How do you explain to a child why Santa got you a tablet for example, but your best friend whose family don’t have quite as much money didn’t get one as well. What would the reason be? I just don’t think I can bring myself to lie to her in that way.

So, we have come up with this. Erin will be told that Santa exists and brings everyone 1 present; mum, dad, children, dogs… everyone. Any other presents are bought by family and friends. I also don’t think that Santa, a bloody fictional man, should get all of the credit for shopping in crazy, hectic shops and wrapping all of those presents. That just isn’t fair!

I feel like the way we want to bring Erin up to believe in Christmas is best for all of us. While it’s not realistic to tell Erin the complete truth, there are less complicated lies to tell her. When she does finally find out that Santa isn’t real at all, it won’t be as big of a deal as he’ll have only been bringing her one present for years and years.

What do you tell your children about Santa?

7 thoughts on “Teaching Erin about Santa”