When I first met John I quite quickly found out that there was two things he really enjoyed; Harry Potter and Star Wars. I don’t think he was at all impressed when I told him I hadn’t actually seen a Star Wars film at this point (that’s not the case now). With John’s birthday being only a couple of days ago I thought it would be appropriate to write about some Star Wars themed birthday presents from Urban Gifts.

Sometimes I think it’s nice to get gifts that go well together and I found a fantastic set with the Stormtrooper Decanter (£14.99) and the Stormtrooper Glass (£9.99). If you’re buying for both a whiskey drinker and a Star Wars fan then they will really appreciate the design which is taken from the original Stormtrooper moulds for 1977’s Star Wars. 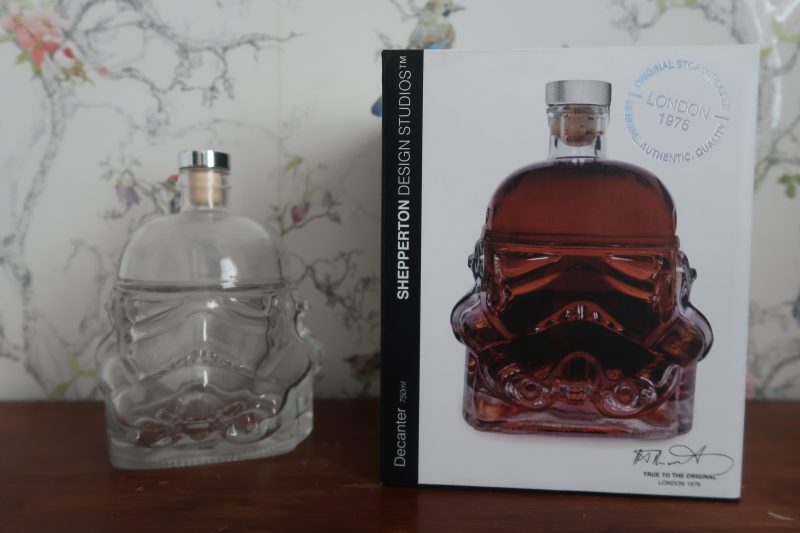 The decanter is really quite heavy and the detail can be seen in the design really well, even without any dark liquid in it. The glass is made from a thinner glass and the design can’t be seen quite as well without it being filled. The glass does feel quite thin and delicate and I think I would have liked it to be a bit heavier but maybe this is just the way that these kinds of glass are because of the way they are made. 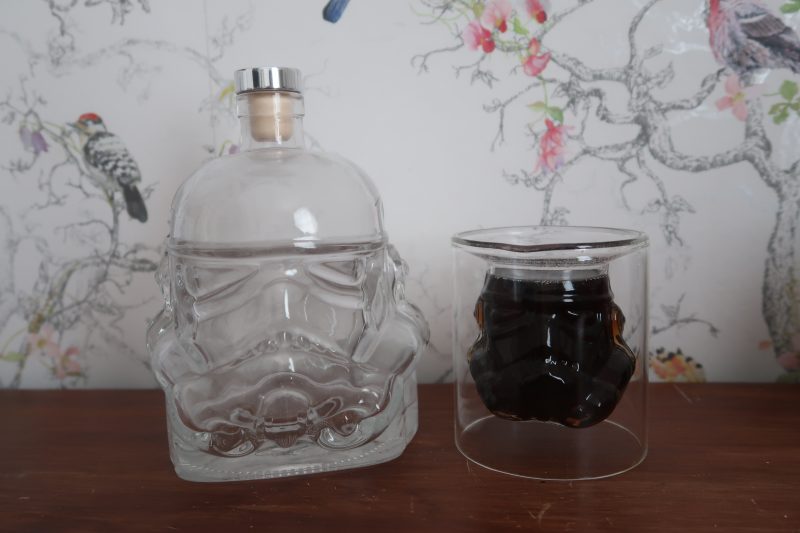 The decanter especially will look fantastic on someone’s shelf or counter where they keep their drinks and I’m sure it will gain a lot of attention from friends and family.

I used to think that Star Wars product could be a bit cheesy and that I wouldn’t really like them in my own house. However, I have quickly fallen in love with this Stormtrooper Wireframe Light which costs around £10.99. 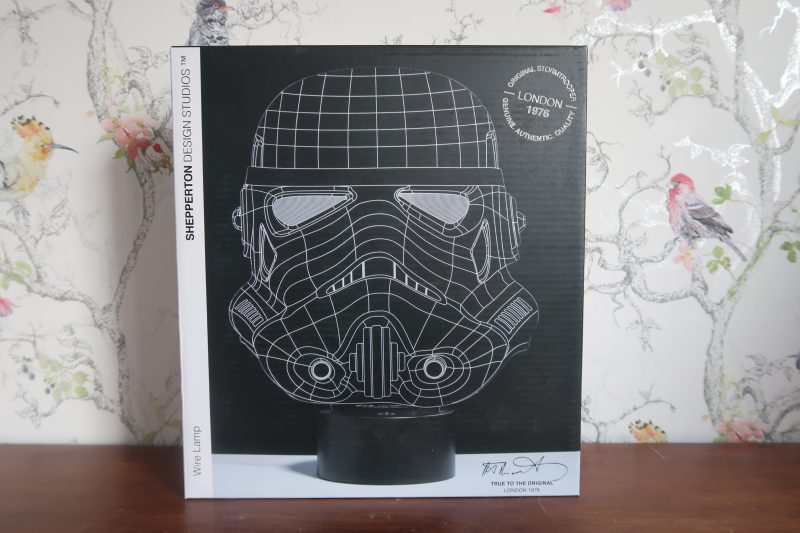 The light comes in 2 pieces; the circular base and the light itself. The light doesn’t come with a plug but it does come with a USB cable so you can either plug it in to a computer, power bank or plug if you have one space. I think this would make such a cool desk lamp but you could really put it in a lot of different places.