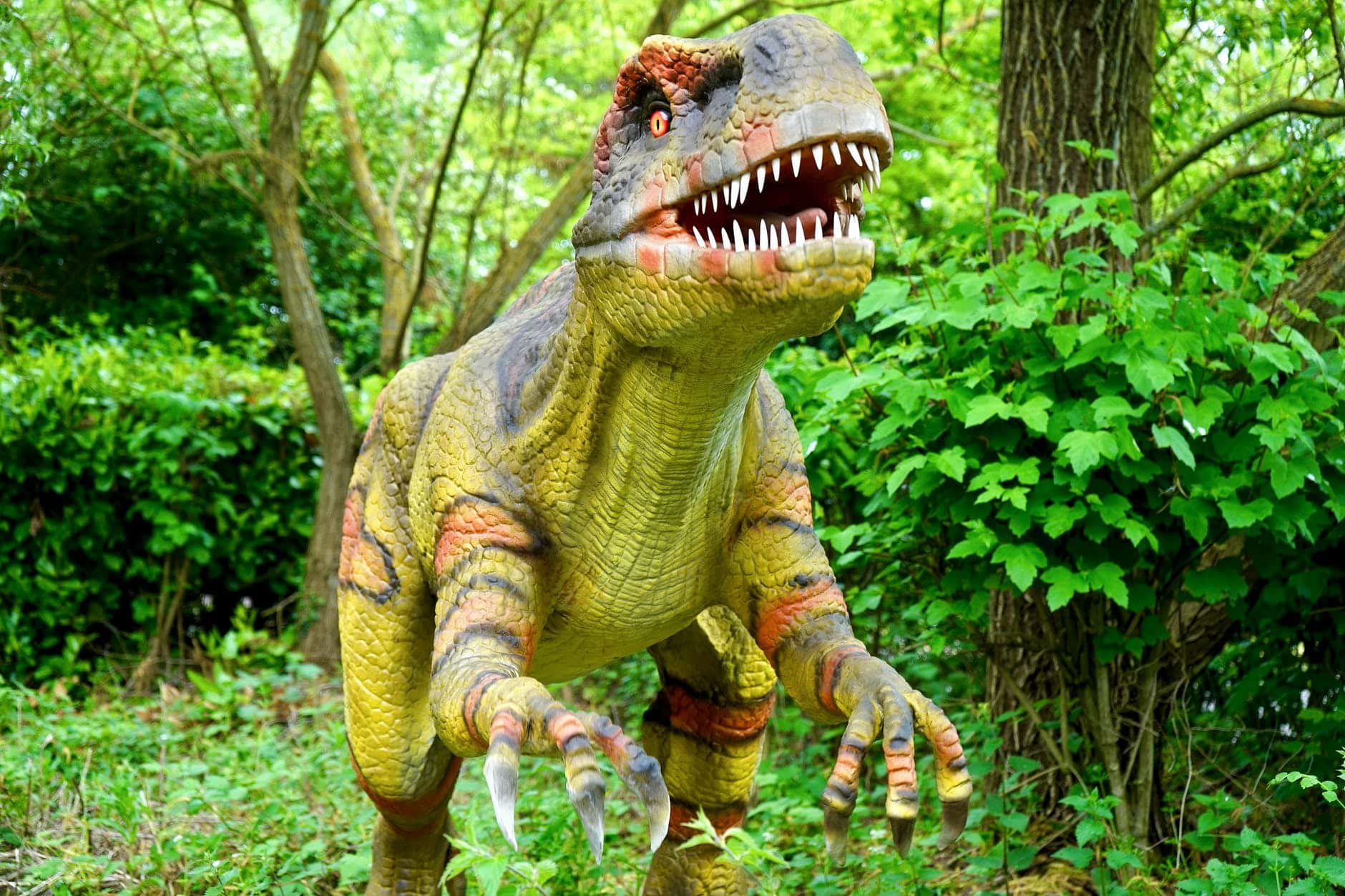 On a recent trip to London I was determined to do something a little bit different. When the opportunity to go to Jurassic Kingdom arose, I jumped at the chance. Who doesn’t want to go somewhere with life size dinosaurs? Me, my sister and her boyfriend most certainly did.

When we headed to Osterley Park, about 25 minutes outside of central London, we had no idea what to expect from Jurassic Kingdom. We didn’t even know if we were really in the right place until we got right up to Osterley House when signs became a bit clearer. Having never been to Osterley Park before, we were all impressed by how beautiful it was. It’s definitely somewhere I would go back to.

Picking up our tickets at the box office was a bit of a pain. There was a queue of maybe 4 or 5 groups in front of us. No one moved for ages. No one said anything. No one from the box office called anyone forward. It was only when I asked the woman in front of us if they were actually waiting that I was told that they were only waiting because they wanted to pay by card and the machine wasn’t working. The queue system wasn’t handled very well and I hate to think how long I could have been stood there for.

Before going through to Jurassic Kingdom there was a few different food and drink stalls as well as VR systems to try out (extra cost) and somewhere to buy merchandise.

It was an absolutely glorious day when we visited. It was also during the Easter holidays which meant Jurassic Kingdom was pretty busy. We didn’t mind this at all although it was a bit strange going without Erin and there being so many children running around. My sister took on the task of taking part in the fun trail task we were given at the entrance.

Honestly, we all really loved Jurassic Kingdom. I don’t care that we’re all 30+ and didn’t have a child with us. It was so fun seeing which kinds of dinosaurs were there, taking selfies with some of them and also learning a bit as we went.

As you can see, Chris was much better at the selfies than me! The sun was blinding and I couldn’t see what I was taking pictures of. I had to hope for the best.

The stars of the attraction, the dinosaurs, were so impressive! Being only 1 Erin may have been a bit scared but the other children running around seemed to love them and were really excited!

All three of us thoroughly enjoyed our visit and we had so much fun and laughed loads! It may not have been what we would have picked to do on another day but it has made us all want to try new things.

Tickets for the London event were £13.50 per adult and I do think this was a little expensive, especially considering the other locations cost £2 less.

19 thoughts on “Selfies with Dinosaurs at Jurassic Kingdom”