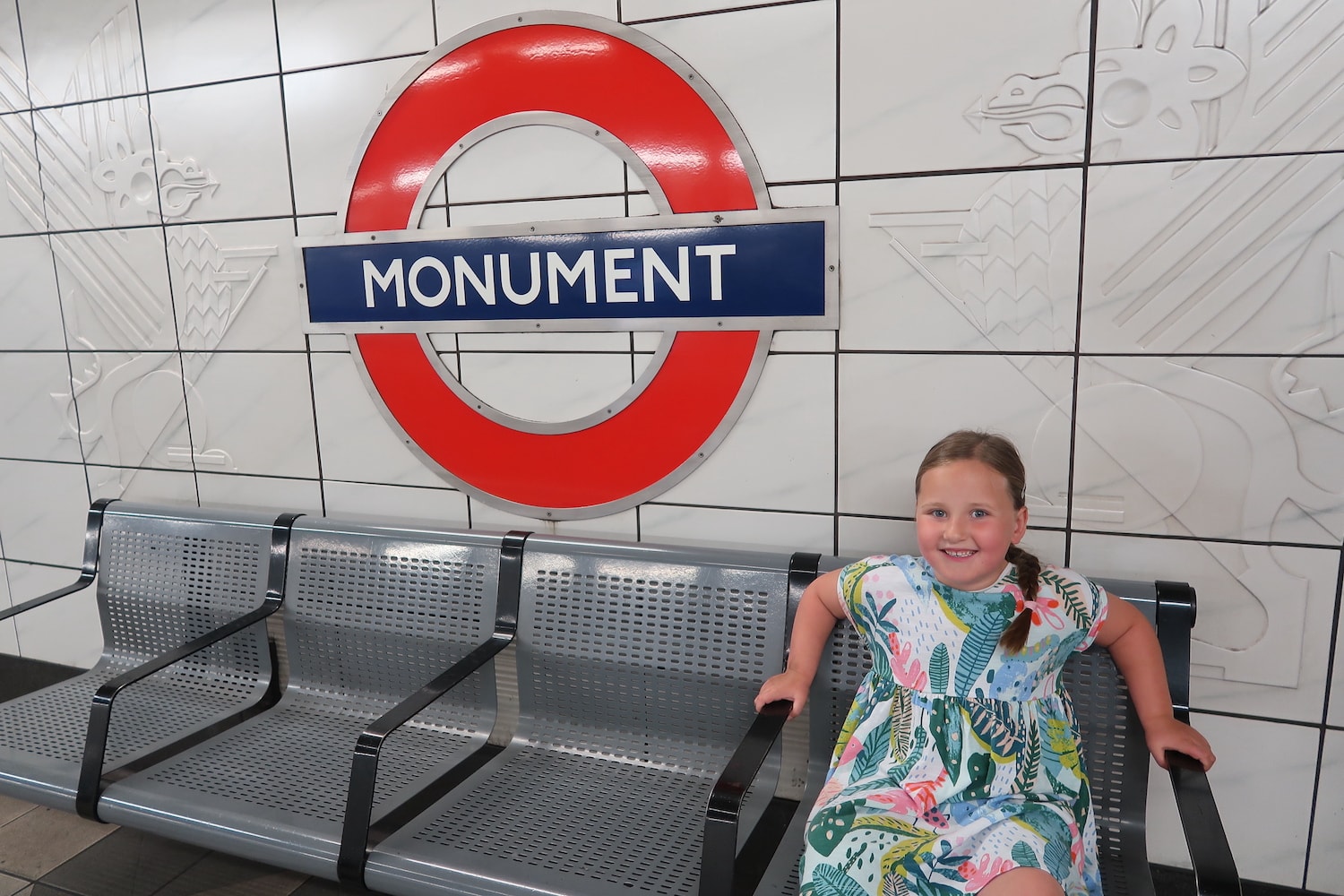 Usually when we go to London it’s not one of those places where we spend a lot of time; 2 days maximum. However, thanks to Covid we hadn’t been for quite some time and there was so much we wanted to show Erin. So, between a rearranged hotel that we didn’t use in lockdown and the addition of a couple of nights at a different hotel, we ended up making it a 5 night summer holiday break in London.

When we decided to extend our trip to London by a couple of nights my main aim was to get a hotel close to where we had already booked and for a good price. Premier Inn London Greenwich was our best find without moving it to central London. The thing with a Premier Inn is that you know what you’re getting so you can’t really go wrong. We found it to be a good first hotel and a good base for exploring Greenwich.

Having never been in Greenwich before we found that there was a lot for us to do, especially as a family. It was great to go to an area of London where there was really something for everyone and somewhere where there was lots for children to enjoy.

The Cutty Sark, something that cannot be missed when in Greenwich… it’s a huge ship in the middle of ‘town’ and if you didn’t know about it before, you will when you’re walking around. We had a great time exploring the ship and looking into some of the rooms that would have been used at sea. There was plenty for Erin to do but it’s not somewhere that we spent a lot of time, making it expensive considering the ticket cost.

The National Maritime Museum was one of our favourites in Greenwich and we spent hours there. What’s even better is that this is a free museum but we did book tickets in advance online. As you can imagine, there is a strong nautical theme here and we really loved looking at different styles of ships and boats and Erin particularly loved all of the cannons that were dotted around. A highlight is the huge map that covers a massive area of the floor upstairs.

Another free place to visit in Greenwich is the Queen’s House (Queen Elizabeth I). I’ll be honest, apart from how nice it was to look at from outside, Erin was not bothered about much once we were inside. There are a lot of portraits and paintings to look at which John and I loved though.

After a 2 night stay at the Premier Inn hotel we had a change just down the road to StayCity Greenwich Highroad. This was a hotel we’d had booked elsewhere but couldn’t go to due to Covid so we rebooked here. This was a bit different for us as we hadn’t ever stayed in an ApartHotel before.

While it was nice to have the addition of a small kitchen, it was no bigger than our room at the Premier Inn down the road and it was a lot more expensive.

The Science Museum was somewhere I was hoping that Erin would enjoy and I was right! We arrived at around 12pm and started with a picnic lunch downstairs and then spent the next 4 hours exploring. Erin’s favourite part was definitely the medicine area even though some of it was quite real and gruesome. We also booked for the Pattern Pod and The Garden which were great for younger children.

The Garden at Buckingham Palace

This trip was a bit of a treat for us all and something I really wanted to go to. The Garden at Buckingham Palace was only open to the public from 9th July to 19th September 2021 and it felt like a really special thing for us to be able to do. Erin loved having loads of space to run around and we all loved looking at the beautiful gardens. A highlight was the lake for us and finding out which area of the main building was the swimming pool that Prince William’s children use regularly!

For such a long time Erin has been asking to go on the London Eye. I managed to get BOGOF adult tickets through Kellogs so it made the price much more reasonable. However, once we got on the London Eye Erin was more bothered about showing other kids her Corgi that we’d bought at Buckingham Palace Gardens. I really loved the London Eye though and the views really were amazing!

Something else that Erin had been asking to do for some time is to go on a boat. We enjoyed a 2 hour trip with GoBoat Paddington down Regents Canal. We were able to drive the boat ourselves and sit back, relax and take in the view. A highlight was going past London Zoo, somewhere we’d planned a visit to for another time. There are other locations in London and we’d love to do another one at some point.

Lunch was a fancy meal at Smith’s Bar & Grill in Paddington, which worked out really well considering we’d been on a boat around the corner not long before. From a seafood platter to haddock and chips, as well as chicken bites for Erin, this was a really nice meal. It was quite posh inside though and maybe somewhere we wouldn’t have picked on our own but it was nice to do something a bit different!

Our last place to visit was the London Transport Museum which was pretty amazing. Children go free and adults can make their ticket into an annual pass for no extra costs. There are some great areas for children inside and fun things to do like sit in a London bus and pretend to be the driver. Of course, there’s loads of history too but if you’re with a young child don’t expect to be able to stop to read much!

We had a pretty exhausting week in London but it was so worth it. We all went to a lot of new places and had some amazing experiences. What’s your favourite thing to do in London? 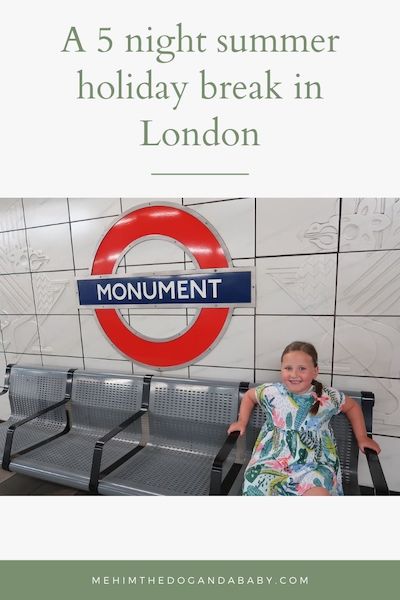 4 thoughts on “A 5 night summer holiday break in London”