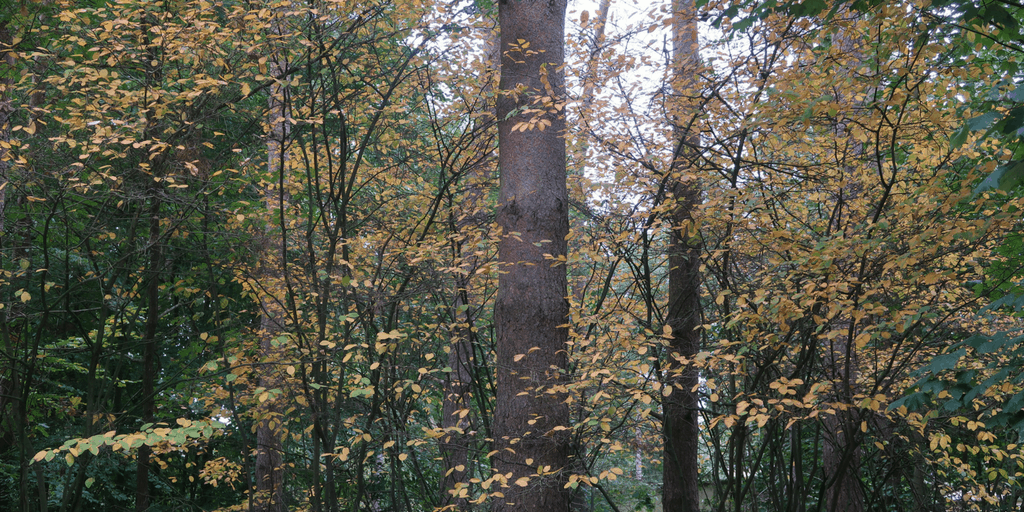 This is the first year that Erin has been walking (more like bulldozing) her way around and over the summer, I felt like there was loads of things for us to do. It was always nice to get out of the house while the weather was nice but it got me thinking about what we could do in autumn, when the weather starts to get wet and miserable. Here are 10 free and cheap things to do with toddlers in autumn

Kick up leaves in the park

Last autumn Erin was only just starting to move about so she didn’t really see much of how fun autumn can be. The last time we went to London we took trips to Green Park and Kensington Gardens and she really found out how much the fallen leaves can be. Going to the park doesn’t have to cost any money, apart from maybe transport if you have to drive or get a bus to the closest one.

Carving pumpkins for Halloween can be a seriously messy job and it’s not really something that can be easily done with a toddler. Instead of having to buy and carve a massive pumpkin why not think about buying some of the smaller varieties and painting them instead? Pinterest has loads of fun ideas for faces to paint on them!

We’re super lucky that our next door neighbour has a massive tree at the back of his garden and it hangs over ours. The back of our garden is covered in pinecones which makes painting them a perfect activity to do in autumn. These can be found in loads of places and if you wanted to do them in glittery colours, you could also save them for putting on your Christmas tree!

Autumn is the season for everything pumpkin related and there are loads of options for baking with your toddler. If you don’t really fancy pumpkin though, why not try apple pies or maybe decorating some cupcakes in autumn colours.

Go for a picnic

Picnics definitely don’t have to be saved for spring and summer. As long as it’s not chucking it down, it’s loads of fun to grab a blanket and go for a picnic in the park. We’re lucky that there is a park less than 5 minutes from our house with a playground so Erin has loads of space to run around and we’re not far from home if it starts raining. Hell, you could even do it in the back garden if you didn’t want to risk the weather!

Have a duvet day

Sometimes, when the weather is especially bad, I don’t want to go anywhere! What better on a miserable day than to snuggle up with your child/ children, get a duvet down and watch some films or cartoons on the sofa. Now, I only wish that Erin would have a bit of a longer attention span to get through half of a film!

Find some puddles to jump in

Of course, Peppa Pig has something to answer for here! One of the good (?) things about autumn is the wet weather that we can pretty much rely on here in the UK. If it’s been raining and Erin sees puddles in the back garden she gets really excited. She loves nothing more than to jump and splash about in the water and get herself soaked!

If you drive, which unfortunately we do not, visiting a pumpkin patch is a big must during autumn. If you’re a blogger, even better because they make for some really amazing photos! One day I will find a pumpkin patch in Norfolk I can actually get to without a car.

When I was the manager of a soft play centre we used to have a big Halloween party every year (until the higher managers decided it didn’t make enough money). One activity that always got loads of interest was some Halloween themed colouring. There are loads of free printables online that are suitable for all ages!

On our last trip to London Erin discovered conkers for the first time when we went to Hackney City Farm. She’s was amazed by them and loved finding them all over the floor. This does have to be done quite early in the autumn before they’ve all fallen off the trees but if you know a good spot, it’s worth doing! 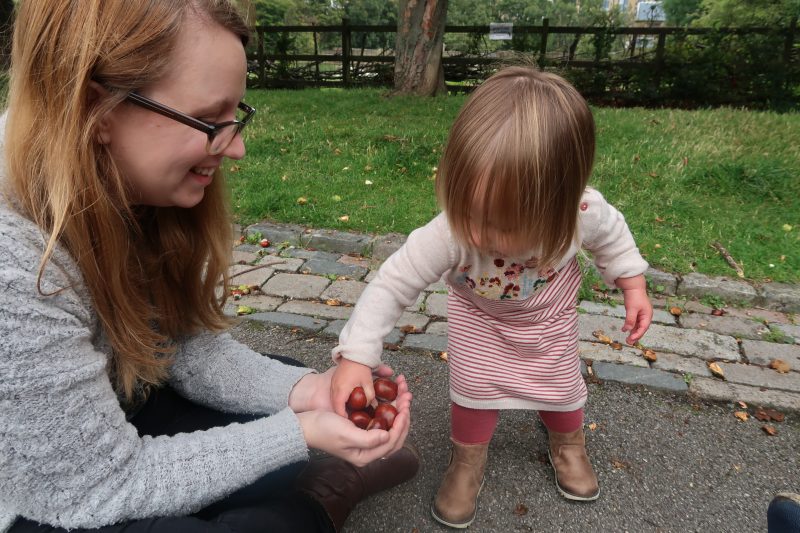 These are just a few activities that you can do in the autumn and apart from baking, none of them really have to cost any money! 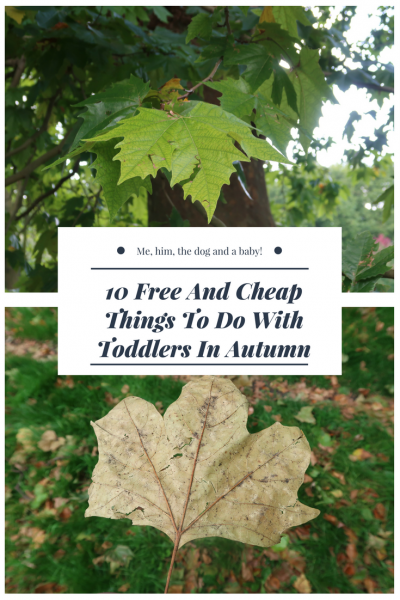