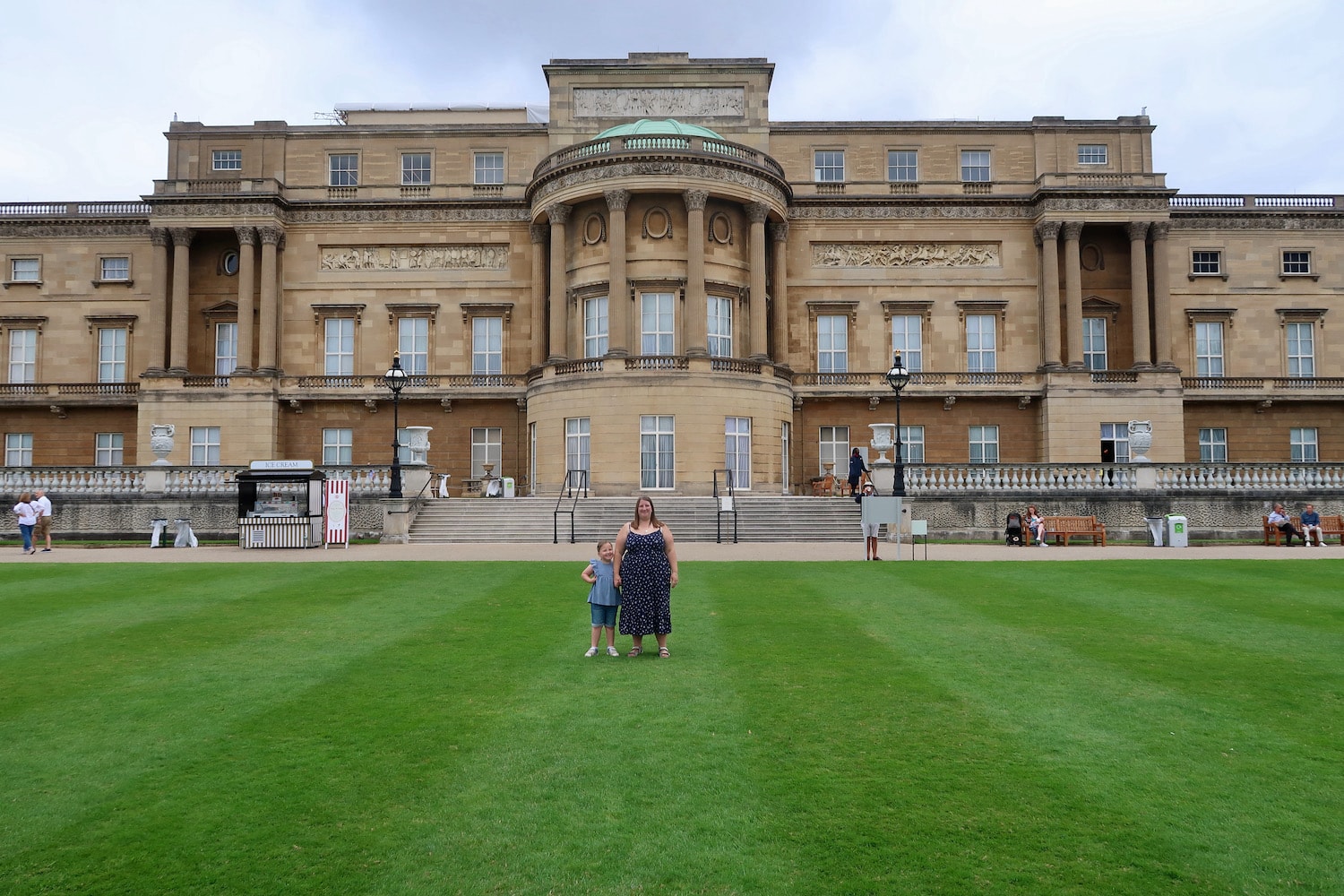 In August we visited London for a huge 5 nights and although a lot of our time was spent in Greenwich we also wanted to do some things in central London. Somewhere that opened up to the public this year for the first time was The Garden at Buckingham Palace so I thought this would be a really nice place to visit.

I have been to London so many times over the years but for some reason I have never been to Buckingham Palace. You are able to book tickets to view some of the State Rooms, Queen’s Gallery and the Royal Mews so this is something that might tie in nicely with a trip to London.

This is the official residence of the Queen and when she is in residence there is a flag raised to signal this. Before heading into the garden we took Erin for a quick look through the gates where she loved to see the Queen’s Guard.

Visiting The Garden at Buckingham Palace

Sadly, The Garden at Buckingham Palace is only open for a few more days until 19th September. The event completely sold out although there were the odd last minute tickets available to book online if they became available.

Time slots were available throughout the day from 10am on Monday, Thursday, Friday, Saturday and Sunday. We opted for the earliest slot so that we could make the most of our day and plan something else for the afternoon as well.

Arriving at The Garden at Buckingham Palace

After showing your ticket you’ll be shown through a gift shop and then on to airport style security. Again, this was something I expected and I’d talked to Erin quite a lot about why there has to be so much security around at Buckingham Palace. Our bags were checked and we had to go through scanners before being allowed through. Just like in an airport, the machine beeped on me so I had to be checked again. This always happens to me so it wasn’t a big deal and Erin thought it was funny.

I’ll be honest, we found it a bit strange to be SO close to Buckingham Palace after only ever looking at it through a gate before. You were allowed to go up on the steps to take pictures and there was also little seating areas just beyond this as well. Looking out to the lawn and surrounding gardens was really something and a great view to take in.

What we really enjoyed was walking around the gardens themselves and following the path around. We spoke about different plants we could see, what colours we could find and which were our favourites. We were also able to take a peek into a lovely looking summer house and to see the gardeners at work. The path is really easy to follow and it’s clear where you can and can’t go.

Staff are dotted around everywhere and really, there was quite a lot of them. Of course, this is for safety and security reasons and we didn’t find them intrusive at all. Actually, we found all of the staff to be super helpful and very nice to chat to. They also were able to tell us one area where we weren’t allowed to take photos (private rooms) so this was really helpful.

Something I want to make really clear is just how good this visit was for Erin. The staff here was amazing with her and really went out of their way to talk to her, engage with her and to ask her questions as we walked around. We were also given a trail when we arrived so that Erin had some things to look out for. This is always great for keeping children busy on a visit somewhere.

The lake is also a really big focal point in the gardens and somewhere not to be missed. Erin had a few things here to try and find from her trial list and we were also able to find some cute little ducklings. The lake is also a great place to take photos!

Whenever we go anywhere the first things I look for is the toilets. If you’re expecting cheap portaloos at Buckingham Palace be prepared for something else entirely. The toilets here are HUGE and pretty upmarket considering they’re not a permanent fixture there. Even the hand soap was fancy.

I think lot of people took picnics to enjoy on the huge lawn which looks on to either Buckingham Palace or the lake, depending on which way you’re facing. The space is absolutely huge so finding somewhere for you to sit is really easy. Loads of people took picnic blankets too so they could spread out and relax.

Although you are welcome to take in your own food there was options to purchase different things there. These included ice creams, cakes and full afternoon teas that came with their own stand! We walked past a few people having these and they looked lovely. The prices, although I didn’t think they were too bad considering where we were, are on the pricier side so if you don’t want to spend loads of money it’s worth taking your own food.

There is a separate gift shop to the one you walk through when entering The Garden at Buckingham Palace. Erin couldn’t wait to see what was being sold but we really had to keep reminding her to stay away from things as there was a lot that was extremely expensive and definitely breakable.

We found the gift shop to have a really nice variety of things to buy from small items like pencils and magnets to large, expensive sets such as teacups etc. We caved in when Erin begged for a corgi and at £20 each, I was glad we only have 1 child!

I’ll be honest, I booked this more for John than anyone because I knew that he would like it. But, I really enjoyed myself and it turned out to be one of the highlights of that particular trip to London. I really hope the garden is opened up again next year and that more people will get to enjoy it for themselves. You can spend as long as you like there once you’re in so on a nice day, it would be a great place for a picnic blanket and a book! 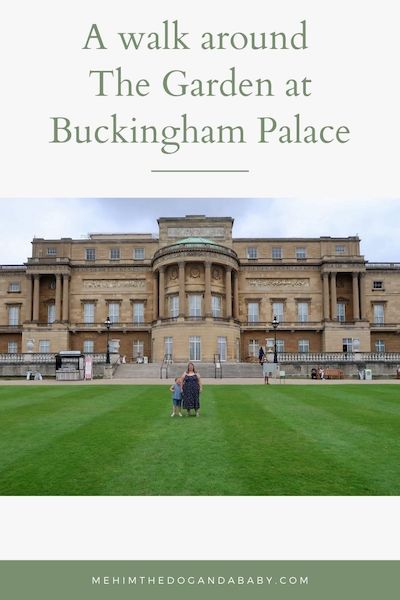