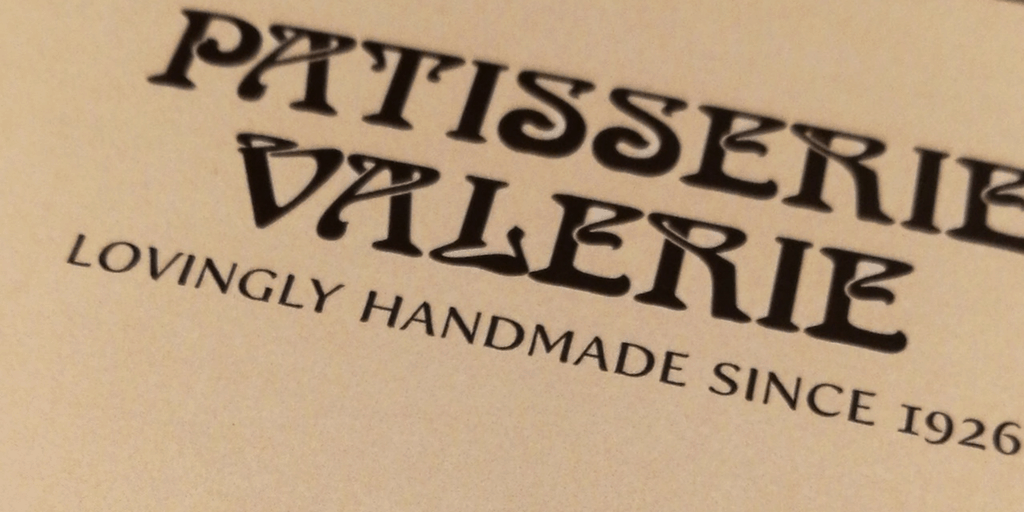 Although I have had cakes from Patisserie Valerie before, it’s not somewhere I ever thought to go for Afternoon Tea. I’m not sure why! My sister came for a visit last week though and had purchased a Groupon voucher for Afternoon Tea at Patisserie Valerie in Norwich! Normally, this would have cost £25 but the voucher was £19, making a saving of £6. It’s not loads but at least it works out at less than £10 each.

When we arrived we didn’t have to wait to be seated and instead just sorted ourselves out a table and high chair and waited for someone to come over, which didn’t take long. Having the Groupon voucher was no problem at all we got sorted very quickly. With my sister being vegetarian and me being a complete fussy bugger, we asked for a few changes to be made to the sandwiches which was no problem at all. In fact, they actually made me a sandwich that wasn’t even on the menu. However, the menu says that one option for sandwiches was ham, spinach and mustard and when I asked for just ham I was told they didn’t do ham in that branch and it was pastrami instead. It wasn’t really a problem but maybe they shouldn’t put out menus offering ham if they don’t actually serve it.

I had gotten Erin all set up with something to play with while we were waiting for our food to arrive. I needn’t have bothered though as we were only waiting 5-10 minutes which was really impressive. As soon as Erin saw the food she dived right in, helping herself to one of my cheese sandwiches. She wolfed that down within seconds which I was so surprised about. Erin has never eaten a cheese sandwich in her life so I guess she was feeling pretty good about food that day.

It wasn’t just Erin that enjoyed the food though. Both me and my sister loved everything! I had plain cheese sandwiches which I shared with Erin while my sister had cucumber and egg mayo. We also had vegetable quiche, a plain scone and fruit scone each and a selection of cakes.

While the food was absolutely delicious and the cakes were so good, I do have a bit of a niggle. The menu does state it but you get 2x eclairs, 1x Victoria sponge, 1x carrot and walnut cake, 1x chocolate mousse slice and 1x mixed berry slice. We found it a bit odd that you get 2 of some things but not others. It’s not the best to have to choose between cakes, especially when there are 2 of you. I think this would be much better if there was maybe 2 Victoria sponges, 2 eclairs and then 2 portions of something else. 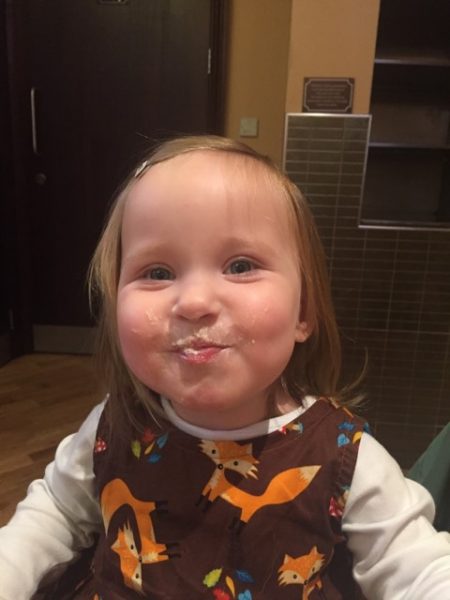 Afternoon Tea At Patisserie Valerie was bloody delicious! Erin was a massive fan, as you can see in the picture above and so we were. I would definitely go back! 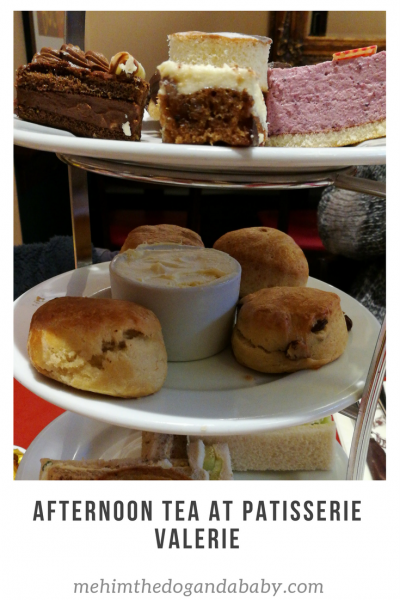