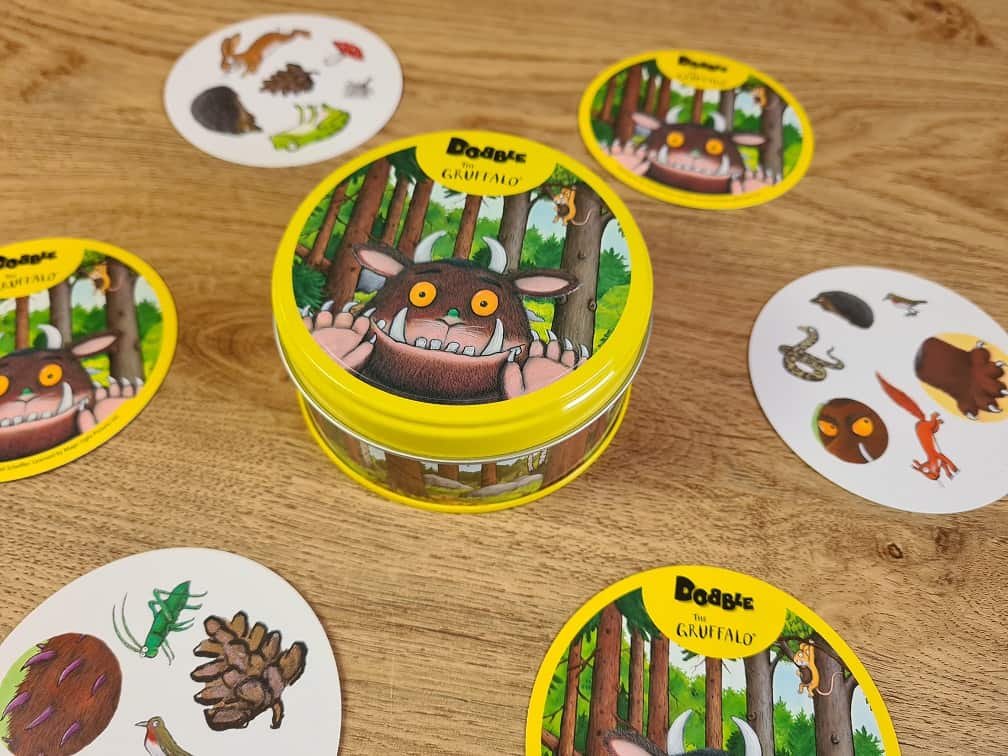 I’m really excited to be part of the Asmodee Blogger Board Game Club. Since March we have been playing more and more games at home. This might be with Erin or it might be on an evening with just us adults but we’ve really enjoyed trying some new things and most importantly, having fun.

One of the games that I chose for us was Dobble: The Gruffalo*. No matter what we’re playing Erin wants to be involved so I thought it was important to get something aimed at her age. If you’re unfamiliar with Dobble then it’s worth noting that there are other versions of this game too, such as Harry Potter or animals. 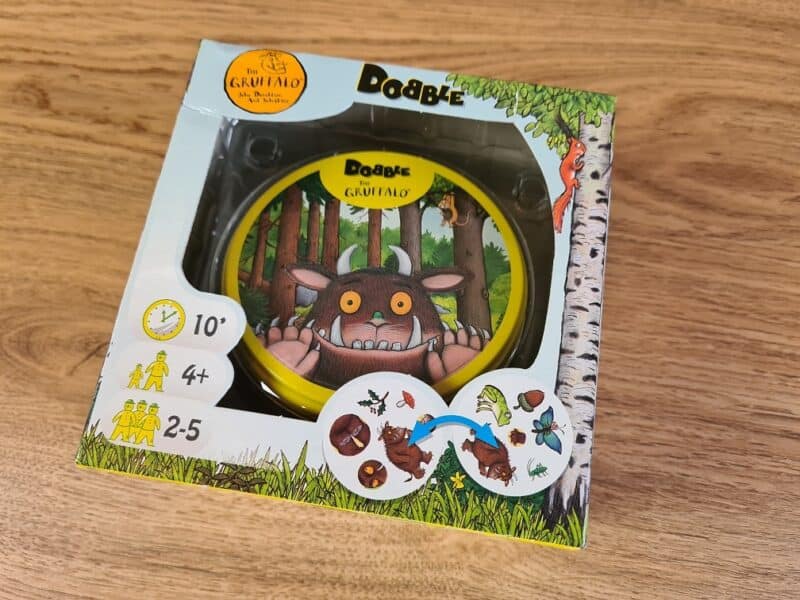 Inside the tin you get 55 cards and a set of instructions. I really like that the game comes in it’s own tin as sometimes you end up buying games and losing bits because it’s hard to keep everything together. The tin also means the game is great if you want to take it away with you, as it won’t take up a lot of space. 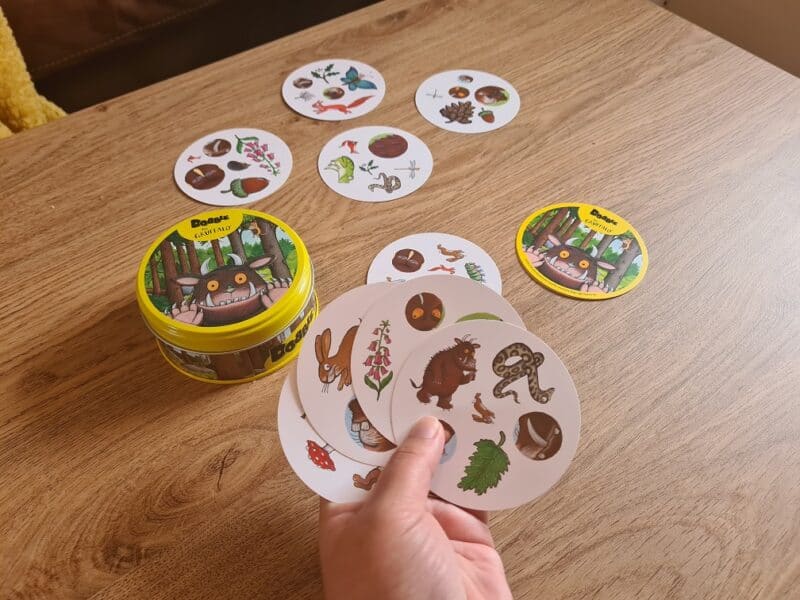 On each of the 55 Dobble cards there are 6 images, all relating to The Gruffalo. On each card there is 1 image that matches something on each of the other cards. The images are in various sizes so on one card there might be a big Gruffalo but he might be small on another card. 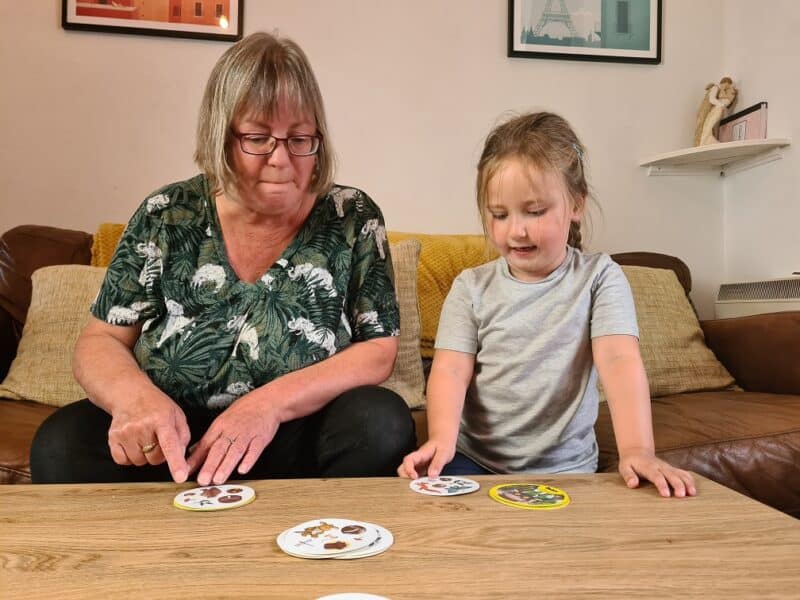 There are numerous ways to play Dobble, each of which are explained in the instructions. The games aren’t long and you can make them a little bit easier or harder depending on who is playing. For Erin, we were able to start with a game that we thought would ease us all in. 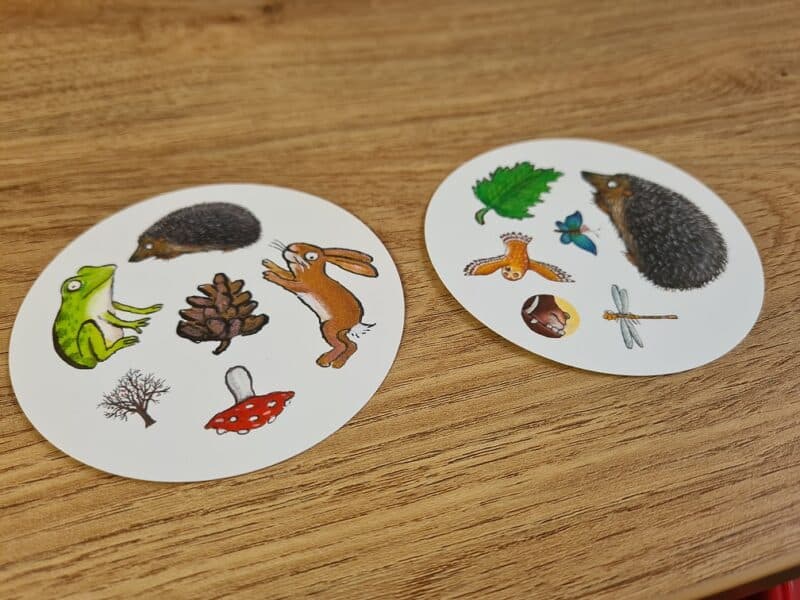 The instructions are really easy to follow, with an aim to the game and how to play. We had a couple of practice goes with Erin just to make sure that she understood the game but really, she picked it up so fast that we needn’t have bothered really. 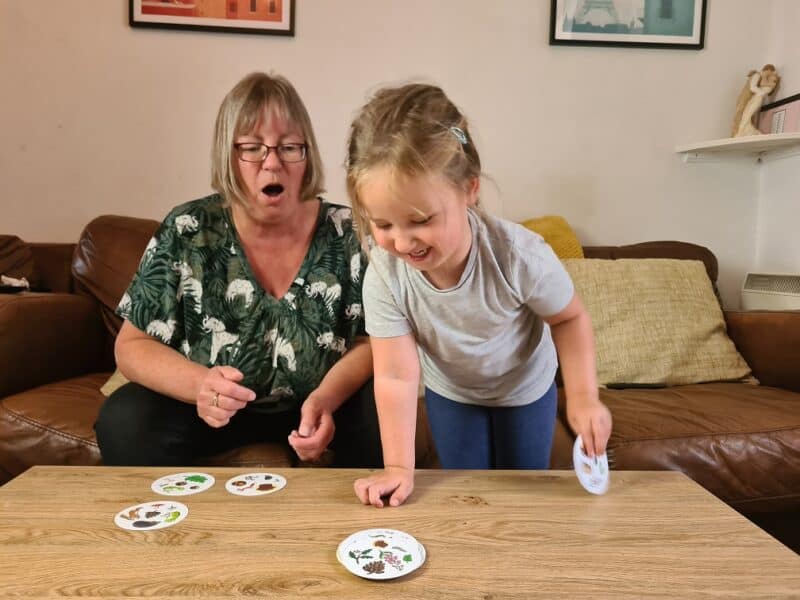 Dobble: The Gruffalo can be quite a fast paced game depending on how you are playing but it’s really a lot of fun. Not only did Erin enjoy playing it but she wanted to learn all of the different versions and see if she could win in other ways. 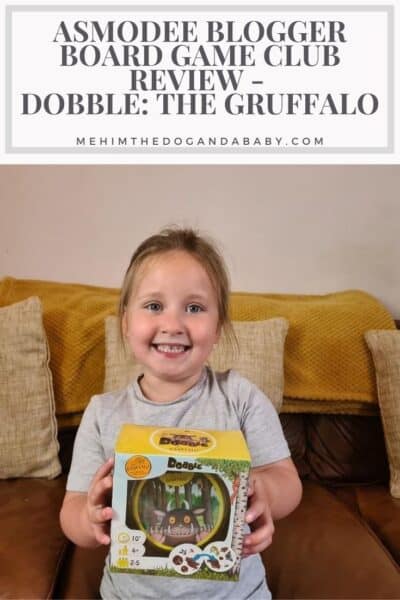