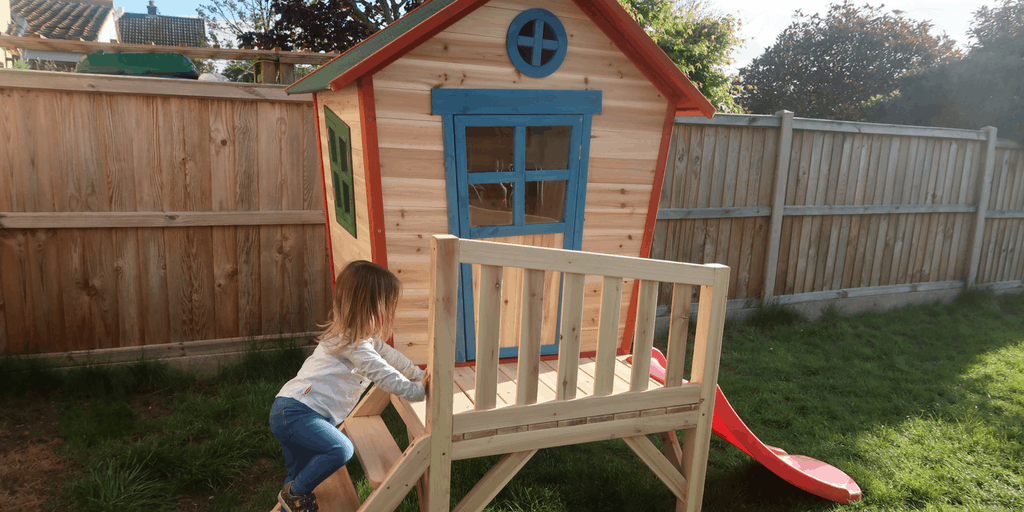 Last summer Erin was only 1 and a half but she developed a real love for being outdoors. We ended up spending most of the summer in the garden and she hardly ever wanted to come back inside. Since then I have been desperate to make the garden somewhere really special for her to play and the one big item I really wanted to get her was a playhouse. Now, a playhouse is a pretty big investment so after a lot of looking around we decided to go with the Redwood Tower Playhouse from Big Game Hunters.

One of the biggest reasons why I chose this playhouse over others was because it is a tower playhouse. This means that instead of it sitting on the lawn, or on paving slabs, the whole playhouse is raised off the ground. Our lawn is already quite damaged and I thought the underneath would make a good storage space for some of Erin’s other garden toys. 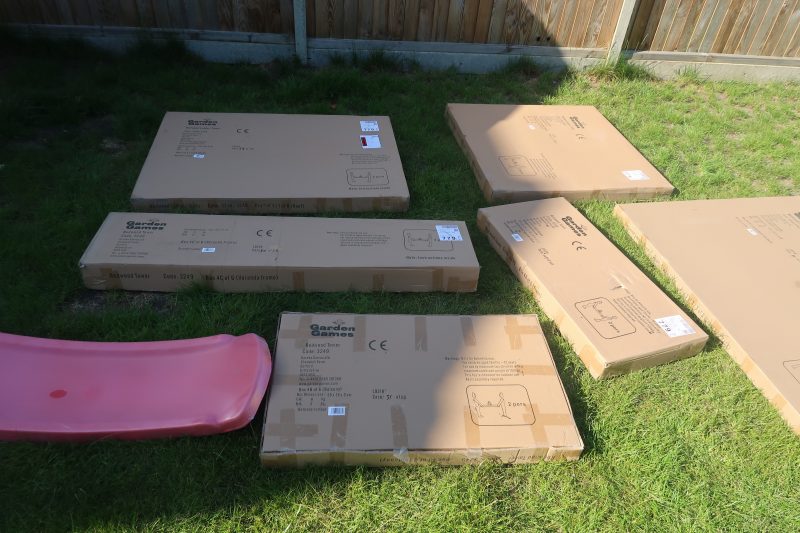 After ordering the playhouse I received an email to let me know when it had been shipped and roughly when I could expect it. The email said it would be roughly 3 working days and was shipped via Royal Mail. The Redwood Tower came in 7 packages, all different in size. We unfortunately didn’t have the best delivery service as it was left outside our back gate even after instruction not to. Now, this isn’t the fault of Big Game Hunters though but the people delivering it instead.

It’s advised that this playhouse is put together by 2 people. We set about putting it together on a Friday evening at around 5pm after Erin had gone to bed. The Big Game Hunters website states that this particular playhouse should take roughly 60 minutes to put together with the 2 people.

After about only 15 minutes John and I were nearly ready to kill each other because we couldn’t even get past the first part of the instructions. Turns out we were sent an old copy of the instructions and ours didn’t actually mention or label certain parts that needed to be put together and it was all a bit confusing. Thankfully we roped in my sister’s partner to help and we got it figured out in the end. 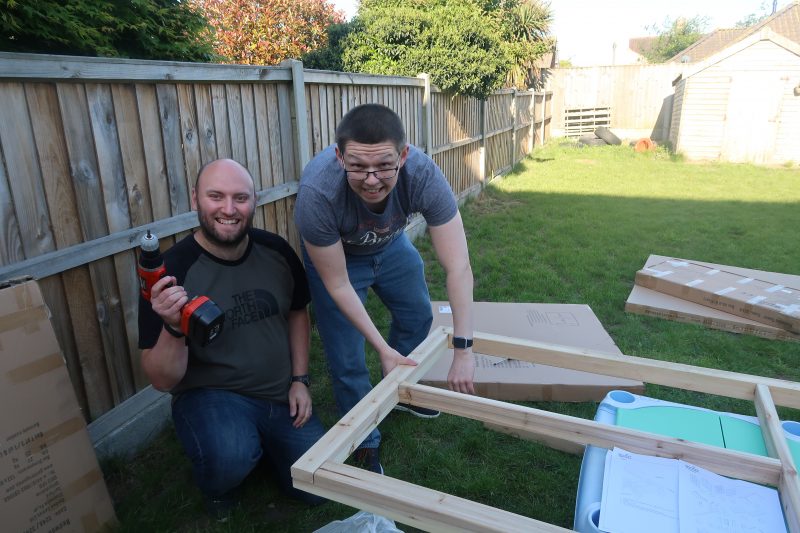 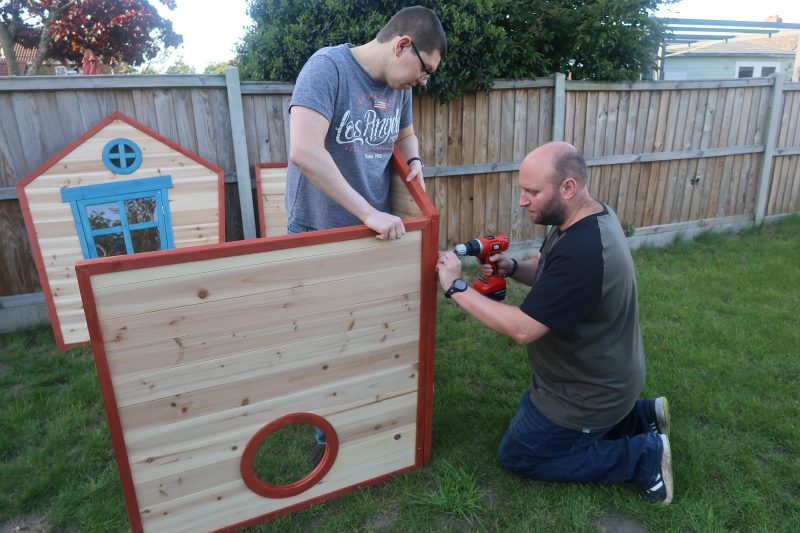 As we had old instructions, the assembly wasn’t quite as smooth as it could have been. This also wasn’t helped by the fact we were missing a good amount of screws and the handles to the door and windows. Assembly ended up taking around 4 hours instead of the 1 hour it was meant to. An email to Big Game Hunters meant that the screws and fixings we were missing were sent out and we had them a couple of days later. When purchasing something as expensive as this I would expect things like this to be checked beforehand. 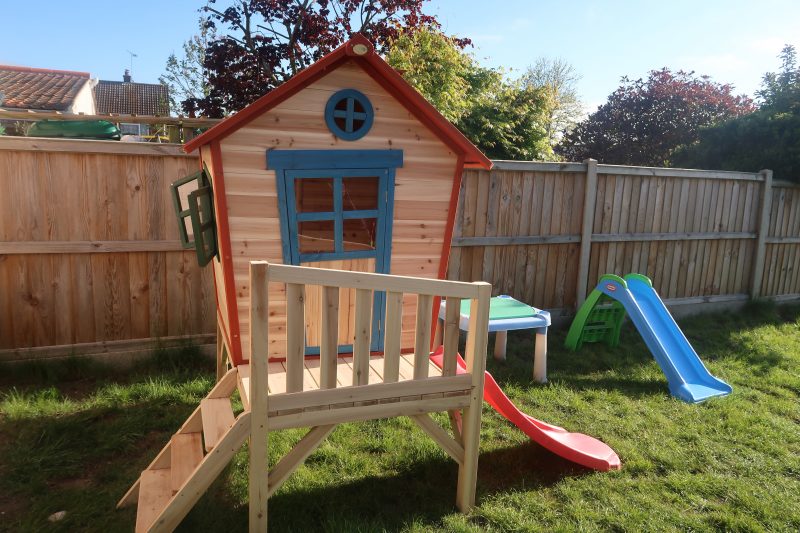 The Redwood Lodge Playhouse, when, finished, is pretty fantastic and all of the hard work was worth it. The whole playhouse has a crooked look to it so it’s not supposed to look straight and ‘normal’ but I think this really helps to add to the charm of it. 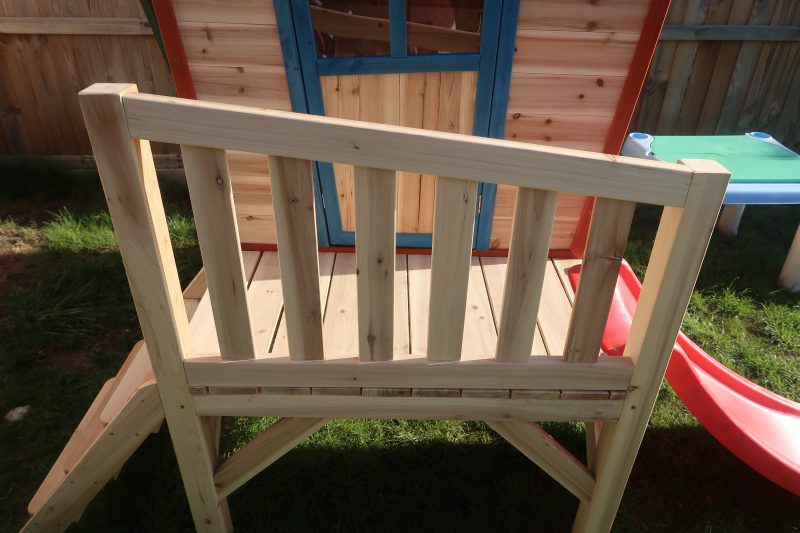 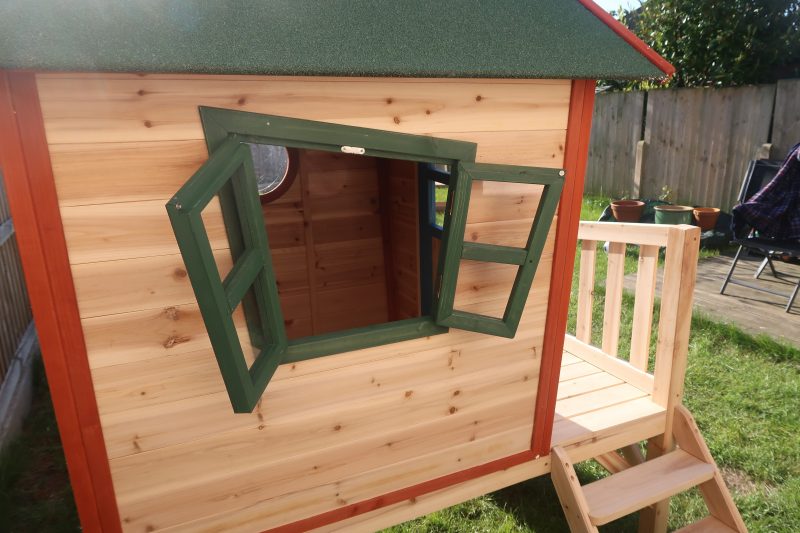 The Redwood Lodge Playhouse comes with anti-slip steps and a slide as well as front door, porthole style window and a window that opens! It even has a little chimney on the roof, making it look like a real house in some ways!

As soon as Erin saw the playhouse she could’t wait to get in it and she ran straight up the steps to look inside. She really loved that she could open and close the door and window herself and loved peeking out at us while we were sat in the garden. 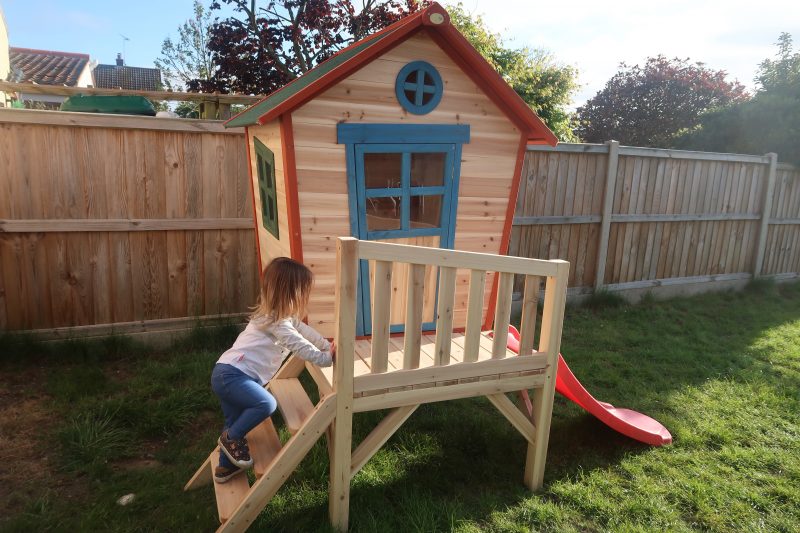 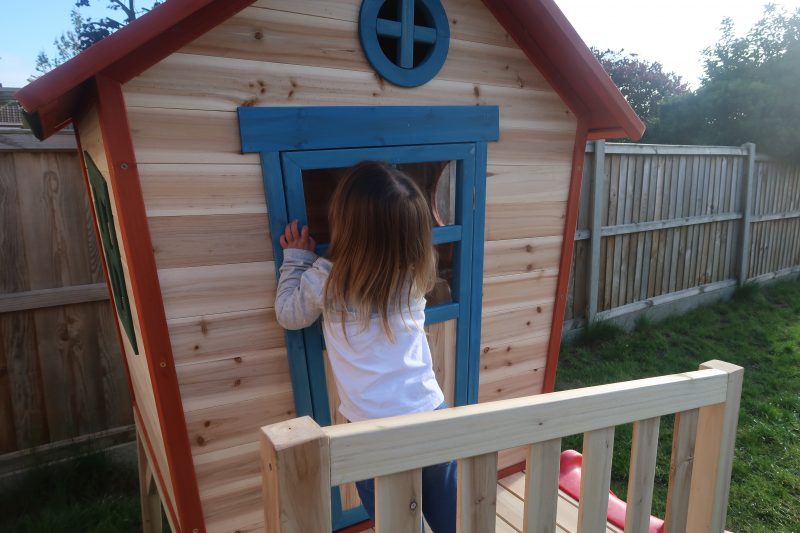 The inside of the playhouse is plenty spacious for Erin but I don’t think I’ll be trying to get in it any time soon. At the minute we don’t have much in there but we’re hoping to get Erin a small table and maybe a big cushion to sit on. Erin has already taken in some of her soft toys so I think a tea set would be a fantastic idea as well! 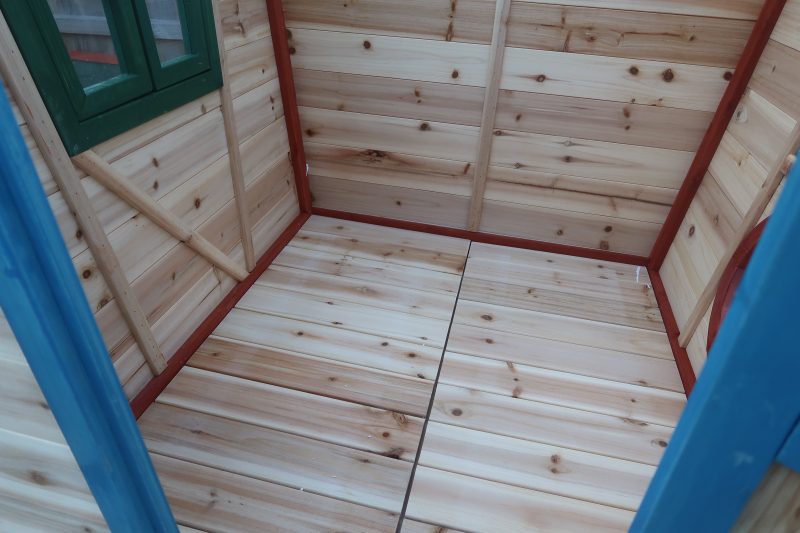 We’ve moved a few bits around in the garden now so that Erin has her very own play corner. It’s nice that she can now go from the playhouse, down the slide and straight to her water table or other toys which are stored underneath with ease.

The Redwood Lodge Playhouse is such a fantastic addition to our garden and even though we had a few issues with assembly, I wouldn’t hesitate to order from Big Game Hunters again. The quality of the playhouse is fantastic and I love how fun it looks. Some other playhouses are just wooden and so boring; not what you want for a 2 year old at all! The Redwood Lodge Playhouse will be played with for many years to come and I’m glad we got it now so that Erin can really get the most out of it! 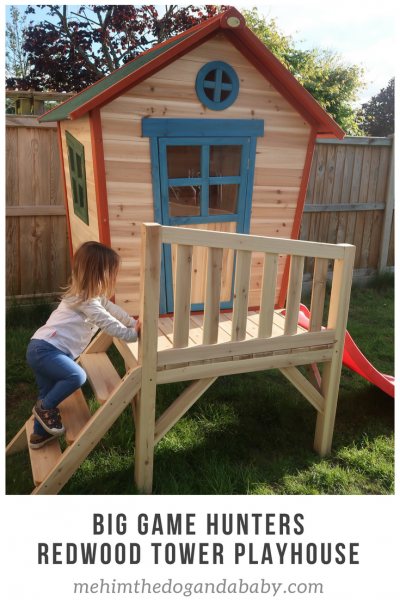 Disclaimer: We received a discounted item for the purpose of this post. All opinions are our own.