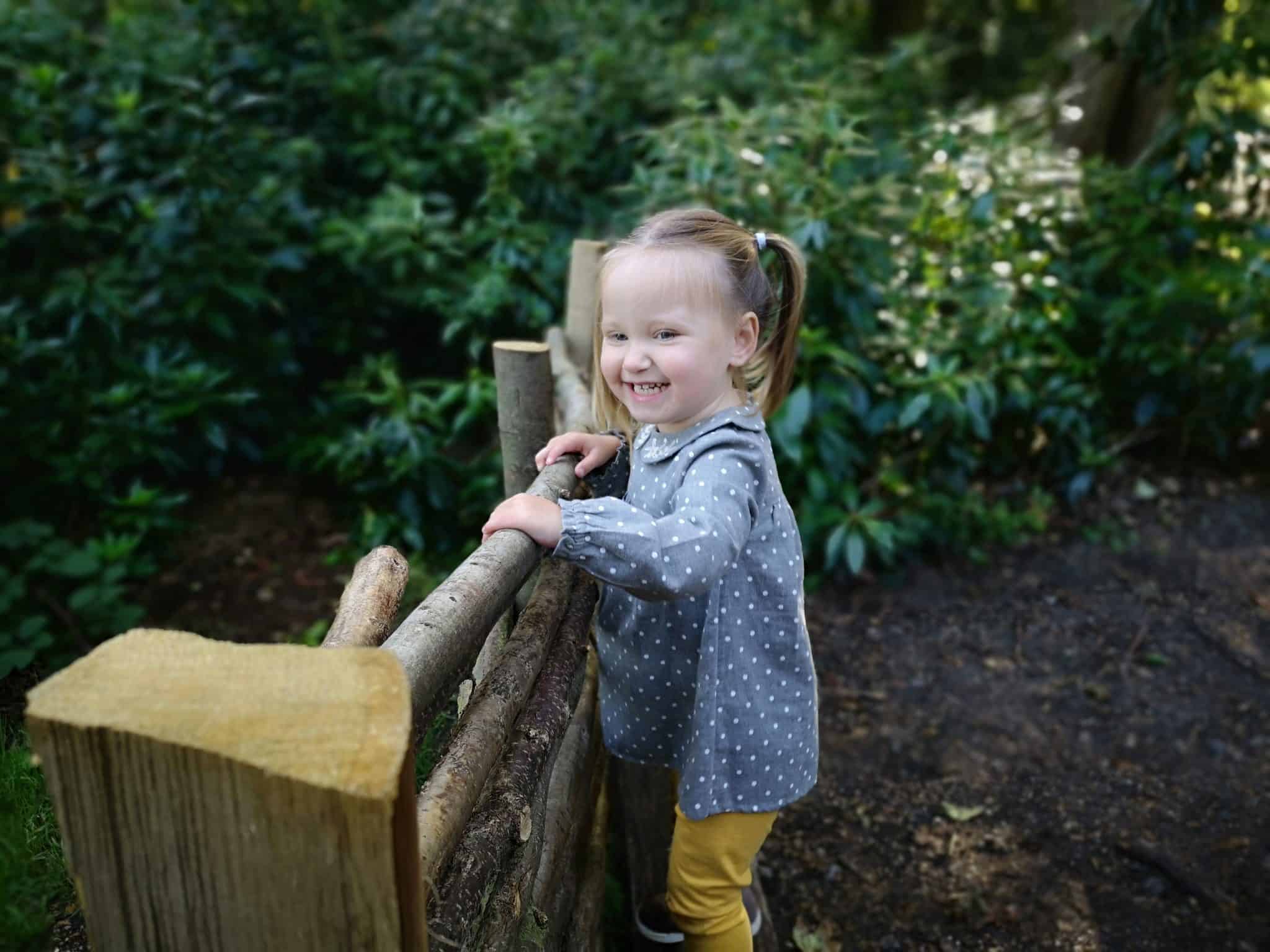 Last week Erin had her 2 year Health Visitor review. Now, I know they don’t really do them spot on 2 years old but they’re supposed to be carried out between 2 years and 2.5 years. Erin had hers at 29 months so the timing was pretty spot on. She was actually supposed to have it a month earlier but we had to reschedule due to the first appointment falling on one of her nursery days.

Before Erin’s appointment I really didn’t know what to expect so hopefully this blog post will come in useful for someone.

When we received Erin’s initial appointment letter we also received a copy of the ASQ-3 questionnaire which needs to be filled out before the visit if possible. If you want a look at what the questions are, take a look at the images below (You might need to save them and zoom in). 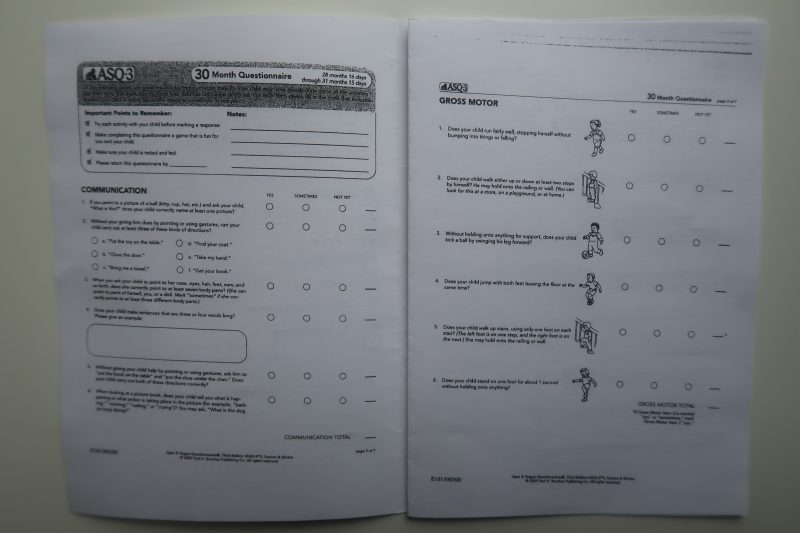 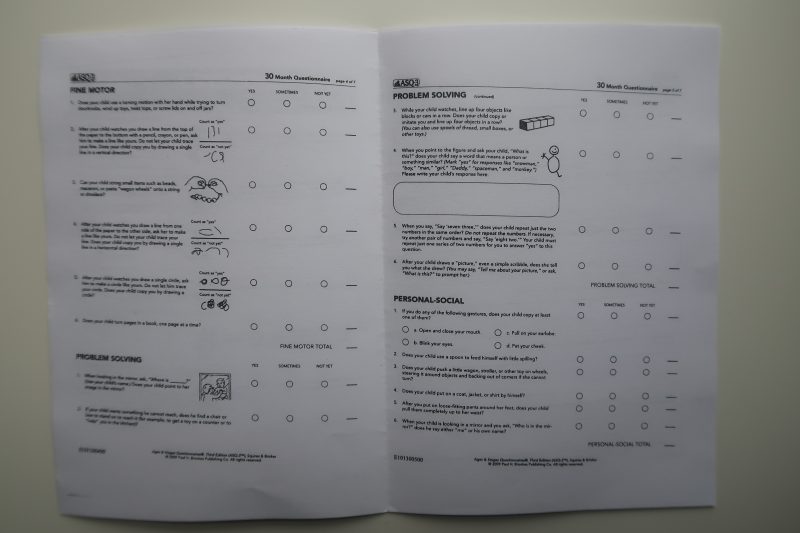 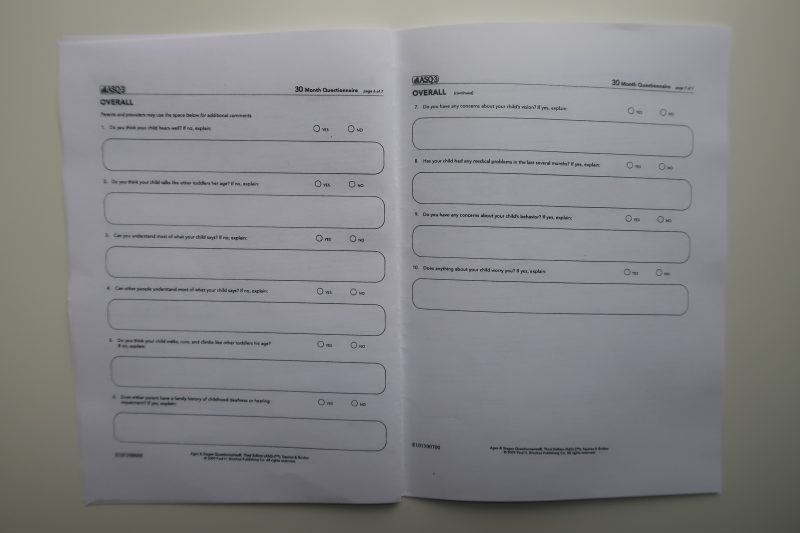 We were given a 3 hour time slot for the health visitor to arrive and it was unfortunately right in the middle of Erin’s normal nap time so we had to keep her occupied and awake! The health visitor arrived at about 1:30 and we had just sat Erin at the table to play with some Play Doh. This was perfect timing really as the health visitor was able to watch Erin interact and play and it helped her to see what she could and couldn’t do.

Before the health visitor even looked at the ASQ-3 questionnaire we talked about any issues we had with Erin and what we could do about them. Erin is having a few issues with bath time and pooing at the moment and she’s terrified of doing one in the bath. She’s also having issues with being scared or worried about having a poo in general.

The health visitor talked about ways we could reassure her everything would be okay and why she might be feeling that way. I found this part of the visit really helpful and while we still haven’t really gotten anywhere with the issue yet, at least we have some things to try.

We also spoke about Erin’s diet as this is something I have changed recently. We realised recently that Erin was having too much fibre in her diet so we cut this down and introduced more healthy fats and I think this is where part of her poo issues are coming from. We’ve gone from one extreme to the other so the health visitor talked us through how to get a nice balance which was really helpful.

After this the health visitor asked us a range of questions about things like if Erin had seen a dentist yet and what we were doing about toilet training. Our health visitor was really quite pushy about the fact that she thought Erin should be toilet trained by now and we should be getting on with it. I explained that we’d tried once and Erin wasn’t able to tell us when she needed to go. The response was that she won’t be able to at this age and we should just get on with it anyway and she’ll have to get used to it. I wasn’t very happy about this attitude at all and there’s no way I’m pushing Erin to do something she isn’t ready for. I spoke to Erin’s nursery manager about it afterwards and she reassured me that it’s fine for us to wait until Erin is ready.

We were also asked about Erin’s activities on a daily basis such as if she went to nursery or play groups/ classes, what we like to play with and what we do to make sure Erin plays outside and exercises. I’d already said that Erin goes to nursery 3 days a week, has 1 swimming lesson a week and goes swimming weekly on a Sunday with her Dad but it didn’t seem to be enough. She was a bit like ‘Well, what else’ and I had to say that Erin is so busy that we like a day or 2 at home relaxing!

The health visitor then went over the ASQ-3 questionnaire and saw that Erin could do most of what it was asking. The only thing I had to tick no for was that she can’t pull trousers up yet. So, because of this Erin got nearly full marks and is exactly where she should be for her age.

Something I was really looking forward to was Erin being weighed and measured. We haven’t had this done for a long time and with her being a preemie, I do like to know where she sits on the charts. She now weighs 13kg and is 87.8cm tall. Erin sits in the 25th centile for height but the 75th centile for weight and she’s stayed on a steady line which we’re told is a good thing.

The health visitor asked Erin to play with a puzzle and to put all of the pieces back as well as getting her to play with some blocks to build a tower. I think these were just to make sure Erin could actually do the things I said she could in the questionnaire. The health visitor clearly witnessed Erin being her cheeky, chatty and energetic self though so she was pretty happy with how she was doing.

Our visit ended up lasting around 30 minutes or so and it went pretty smoothly I think. Obviously there are some things I don’t agree with that the health visitor said but I’m choosing to just ignore those things because we won’t see her again now anyway.

Everyone’s health visitor reviews are completely different and something I have learned is that all health visitors seem to have different opinions on things too. Take what they say with a pinch of salt and remember, you know your child and what is and isn’t okay for them!