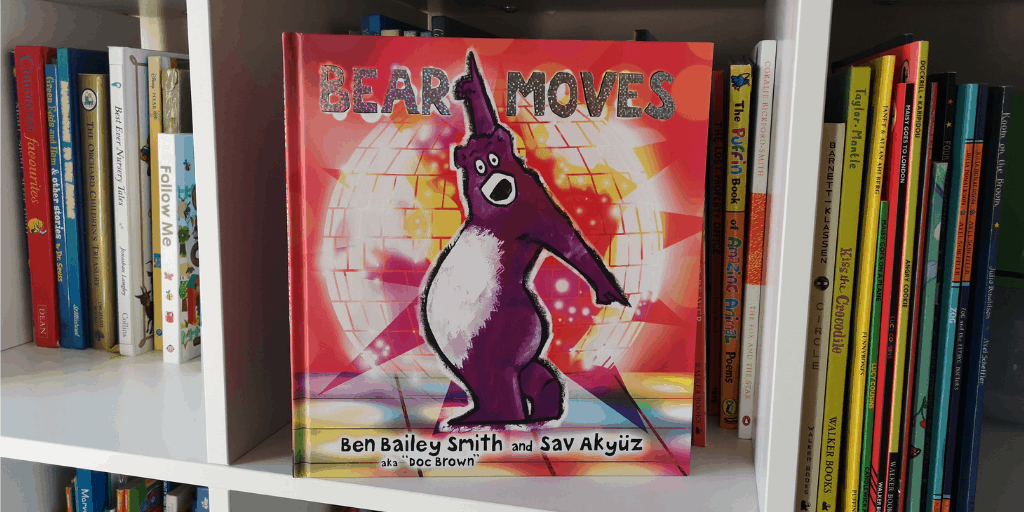 On average Erin will probably have 3-5 books at bedtime so we’re always looking for new titles to keep her interested in the stories. Today we’re looking at Bear Moves by Ben Bailey Smith and Sav Akyuz. 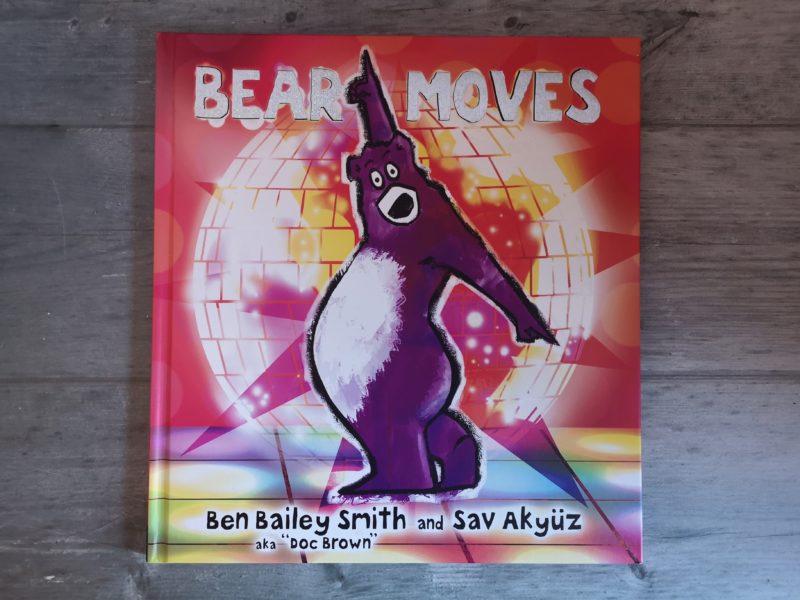 Bear’s in a dancing mood, and his friend Bunny is happy to help out with the boom box. With moves like Furry Breaking, Running Bear (you run but don’t go anywhere), and the classic back spin, who could blame observers who might want to bust a move of their own? 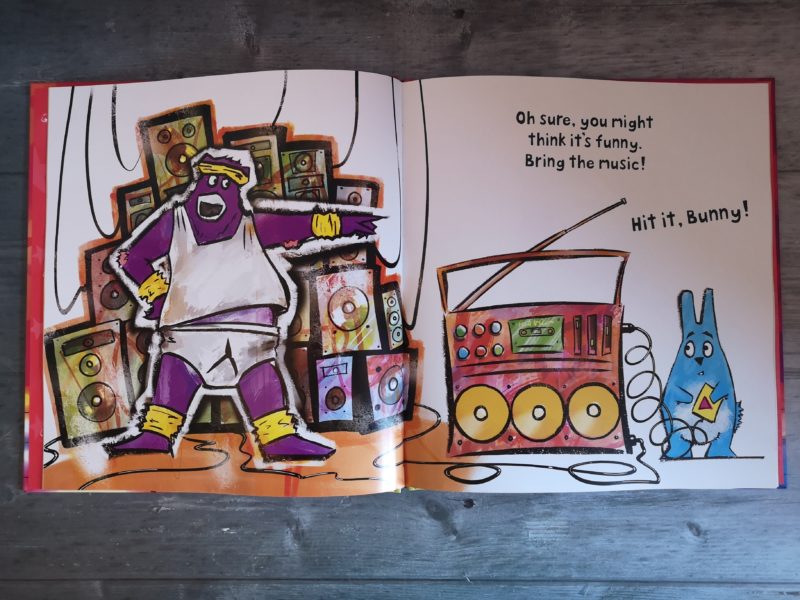 Bear Moves features the same crazy, fun loving, Bear character from ‘I am Bear’ and this time he is bringing the moves! ‘I am Bear’ is one of our favourite books to read with Erin so it was great to get another book with a familiar character for her.

Bear is such a likeable character for children because he’s just so silly and fun. Not only is Bear’s dancing a bit crazy but so are some of the things he wears. Erin laughed at him wanting to dance in his pants! 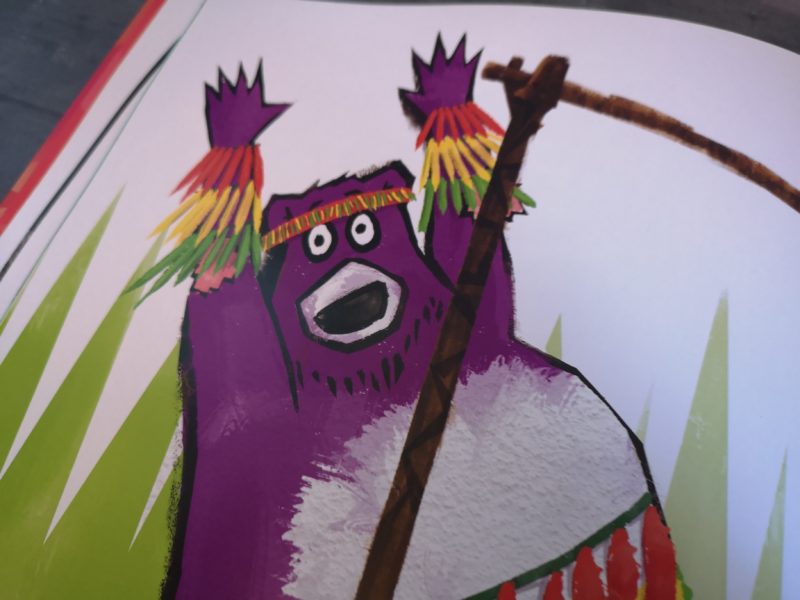 John is the one who usually reads to Erin because he generally takes her to bed if he’s home from work in time. John loves a good rhyme and it’s a great way to keep children engaged and entertained (although Bear’s craziness helps this too).

Certain sections of the book really appealed to John because he likes to make up silly songs for Erin. Lines such as the following helped John to be more animated while telling the story.

But I’m not bare

And this is not my underwear

Erin loves rhyme, especially silly ones, so this book makes her laugh a lot, and I can often hear John giggling too. 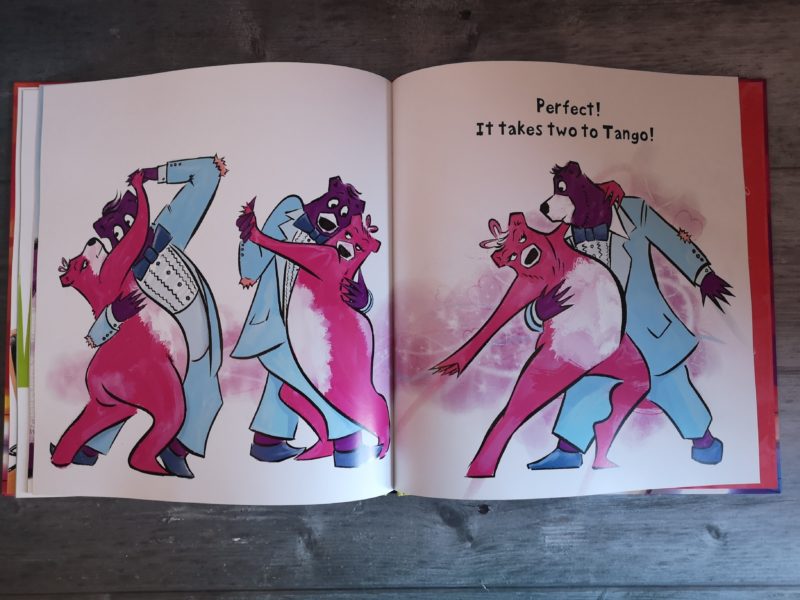 As you can see from the picture above, Bear finds someone to share his love of dance with in this book and I hope to see the new character in another Bear related book! 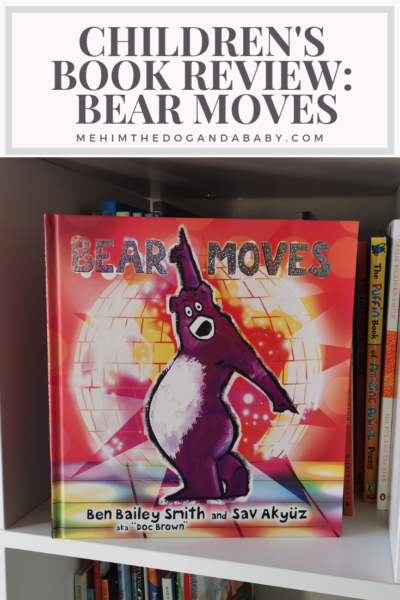