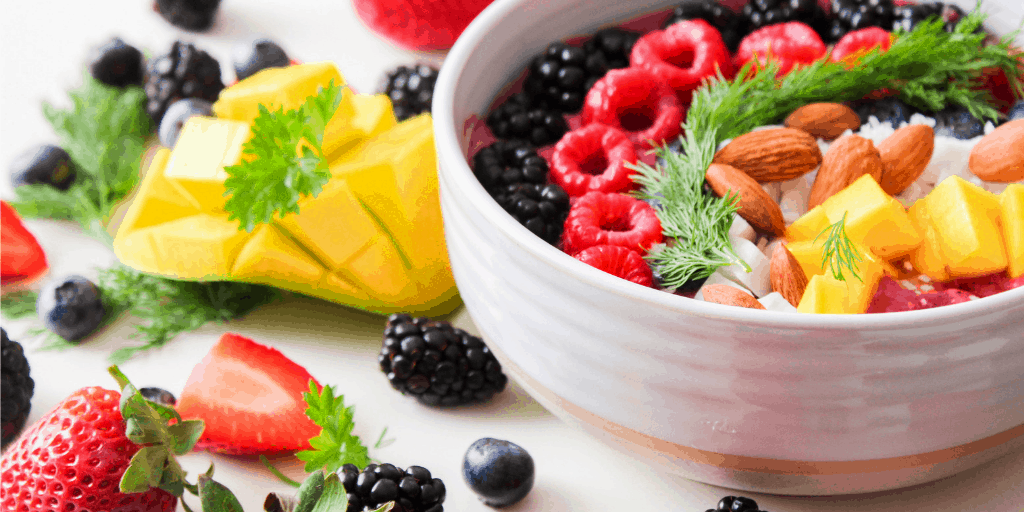 For the longest time now Erin has been a fussy eater and it’s so frustrating sometimes. It’s nice to know I’m not alone though. Nicola from Mummy to Dex is here today talking about her own experience and sharing some things she has done to to help with tackling fussy eating.

Dexter has always been a good eater, ever since he was born. I struggled to get him to breast feed, but he took to bottles really well and would drink 8oz every three hours, on the hour every day.

When he turned six months, we chose to baby led wean him which became the focus of my blog. We both adored this journey, me making healthy and delicious meals and him devouring every single mouthful whilst still keeping up with 35oz of milk every day.

I was so proud of our baby led weaning journey and I believed that contributed to him being such a good eater: he would have whatever you plonked in front of him and never fussed or cried.

I first noticed that he was becoming more and more fussy when his speech suddenly exploded at around two years four months and as his speech improved, his fussiness over food seemed to get worse. All of a sudden, I had a defiant toddler who only wanted to eat chocolate buttons, cake bars and cheesecake. All healthy options were refused and it became a battle of the wills between me, a grown woman and a tiny child who seemed to hold all the power.

As a Mum, you just want your child to eat and you don’t want to see them go hungry, so it’s often easier to give in to the defiance and offer them what they want. This cycle started in the school holidays when I was still in work and my husband was in charge of meal times. Every meal would consist of chips or potato wedges and either chicken nuggets or fish fingers. I was pulling my hair out worrying over this and only consoling myself with the fact that by all accounts he ate well while at childcare and the food she served was always packed with fruit and veggies.

Being pregnant with another child and feeling totally and utterly shattered all of the time didn’t help and I must admit when I started my maternity leave before Felix arrived, I reached to the freezer far too many times. Once Felix was here and those hazy newborn days were out of the way (we were so lucky he started sleeping through really early on) I knew we needed to tackle this fussy eating head on. 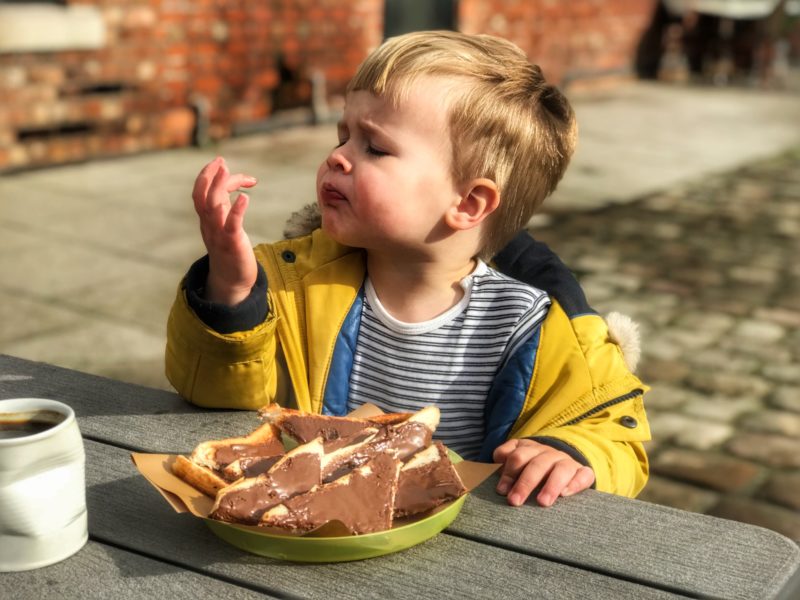 In our kitchen we had a treat cupboard which had cake bars, crisps, cookies and chocolate in it. Dexter knew exactly where it was and would drag one of us to the kitchen, pointing at it and begging for a treat. We knew it had to go, even though it meant us giving up our treats too. Instead I filled the fridge with healthy treats: cucumber sticks, carrot batons, sliced grapes and bought non sugary snacks like mini cheddars, bread sticks and rice cakes.

It took just over a week, but eventually Dexter stopped taking us to that particular cupboard and asking for treats. I let him help himself to fruit and veg from the fridge so he had some control and we very rarely hear the words ‘cake bar’ these days.

I first learnt about this theory on a Gentle Parenting group I’m a member of and I loved the sound of it. Although I love some of the GP theories, I wouldn’t necessarily class myself as a gentle parent because I also use a few mainstream parenting tactics such bribing and rewards.

Division of Responsibility is as simple as this: as a Mum it’s your responsibility to make a healthy and nutritious meal and it’s your child’s responsibility to eat it. If they don’t want to eat it, that’s up to them; the theory suggests they’re able to self regulate and there should be no force feeding or feeling of stress when they refuse to eat.

When it came to meal times I stopped with the freezer food and went back to baby led weaning basics. I tried veggie omelettes alongside florets of broccoli, I made sausage casseroles with beans and spinach and I used the air fryer to make home made popcorn chicken and chips. Some days he would eat a bit, some days he wouldn’t touch it. We were happy to make toast afterwards if he was still hungry, but more often than not, he wasn’t that bothered.

The more variety of foods I offered, the more I found he was willing to try new things. He got used to the broccoli being on the plate and one day I saw him sucking on it. Now he actively asks me for broccoli whereas four months ago we probably wouldn’t have even bothered offering it knowing it was just going to be left. Just having that confidence that yes, I’ve done my part by making the healthy food, made all the difference in feeling more chilled out when he did or didn’t eat it. 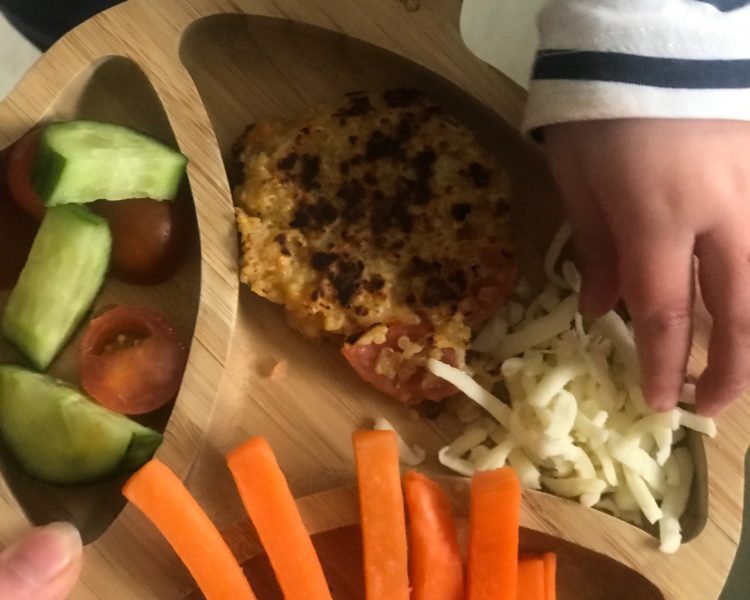 Getting into the Kitchen

Dexter is a typical toddler who just needs to be able to help you, whether that’s hanging washing out badly, sweeping up crumbs off the floor or mixing ingredients in a bowl. To try and get him more interested in the food we were offering, we asked him to come into the kitchen and help us (safely) prepare whatever it was we were making. He particularly likes buttering bread, slicing tomatoes with his Doddl cutlery knife, pressing the button on the toaster and mixing omelette ingredients in a bowl. It also gets him busy practising his fine motor skills and helps him learn new words and phrases. Win-win! (Except for the mess that is inevitably left behind…) 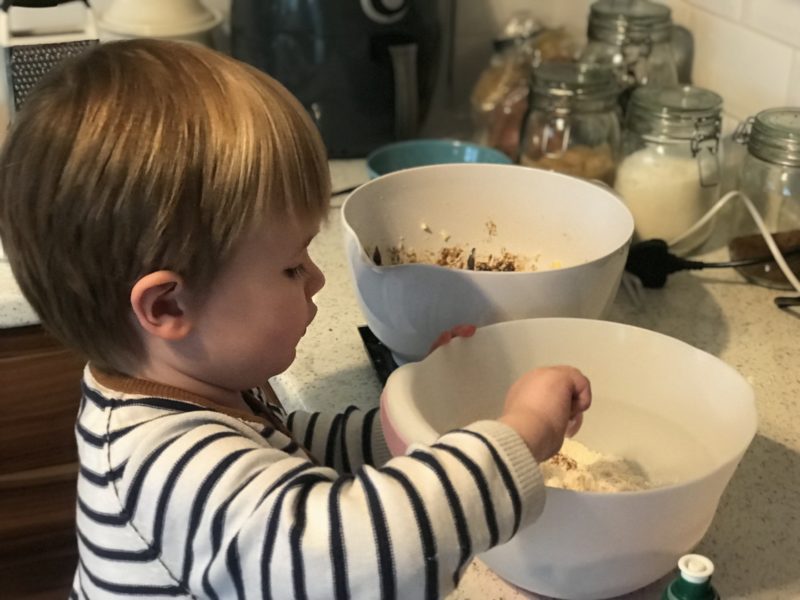 Dexter is now just about to turn three years old and yes, he does still beg on occasion for a cookie or a gingerbread man, but on the whole he’s got a lot better with mealtimes and will happily eat a wider variety of foods than he was eating six months ago. I still struggle to get him to eat a sandwich and he will defiantly pick spinach out of every meal I add it to, but he loves carrots, broccoli, cauliflower and sweet potato and will also pick as sweet corn, peas and courgette. I’m taking that as a win for now! 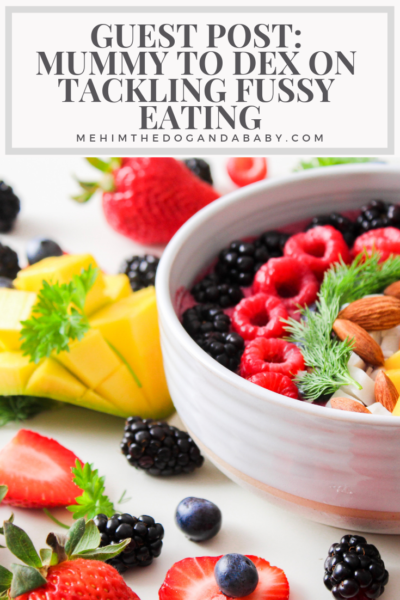