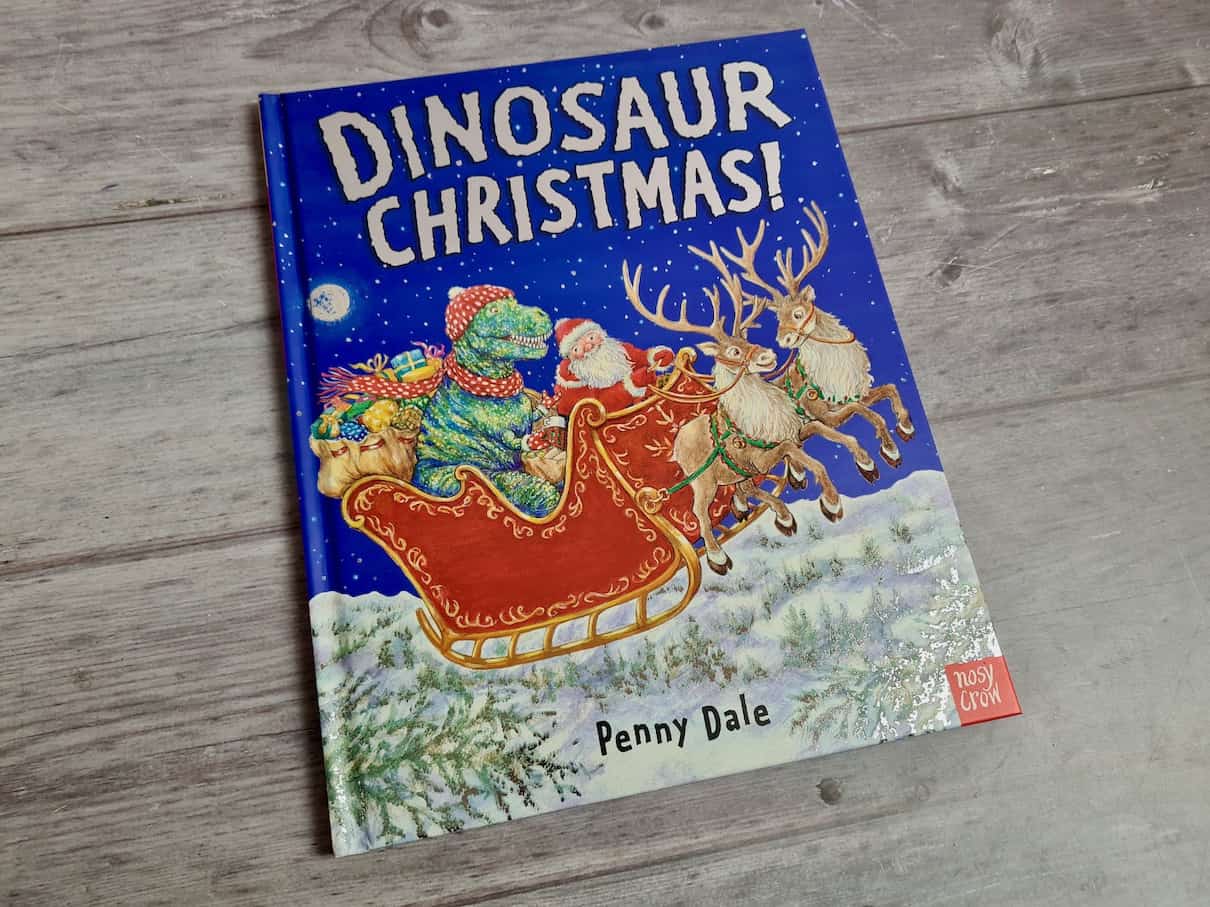 This week’s children’s book review is all about Dinosaur Christmas by Penny Dale. The book was published by Nosy Crow and it can be purchased on Amazon*. 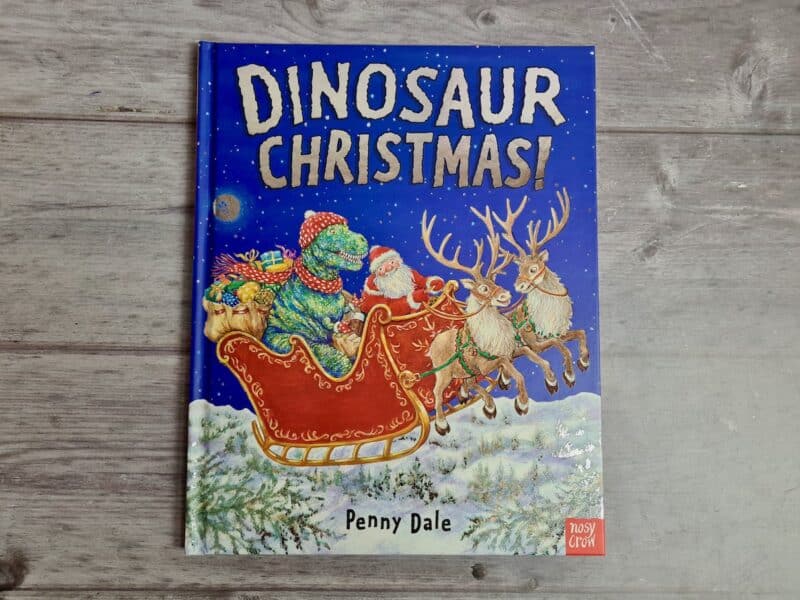 The intrepid team of dinosaurs are back and this time they must save Santa Claus from a snowstorm! Join them as they plough the road, whizz down a mountain on snowmobiles, zoom through the icy water on a hovercraft, dig out Santa’s sleigh with a digger and lower down the presents with a helicopter. And when the dinosaurs finish saving Santa and his reindeer, it’s time to make snowmen, play games and open presents! 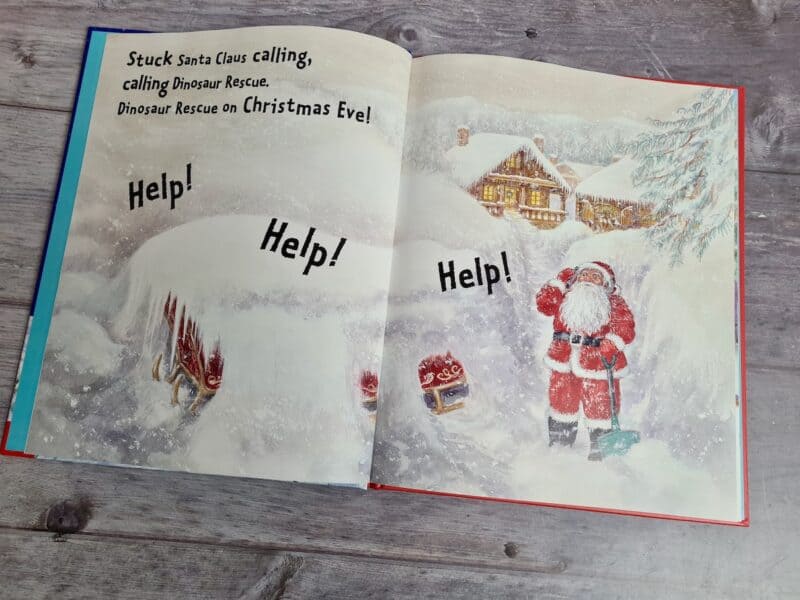 We love to find books that are a little bit different for Christmas adding dinosaurs into the mix definitely does that. To start with, the front of the book has some great pictures of dinosaurs along with their names so this is great for any dinosaur fan. Also, the back of the book has pictures of the vehicles the dinosaurs use in the story, along with their names too. I think this addition really adds something special to the book and gives children a little bit more to do with it. 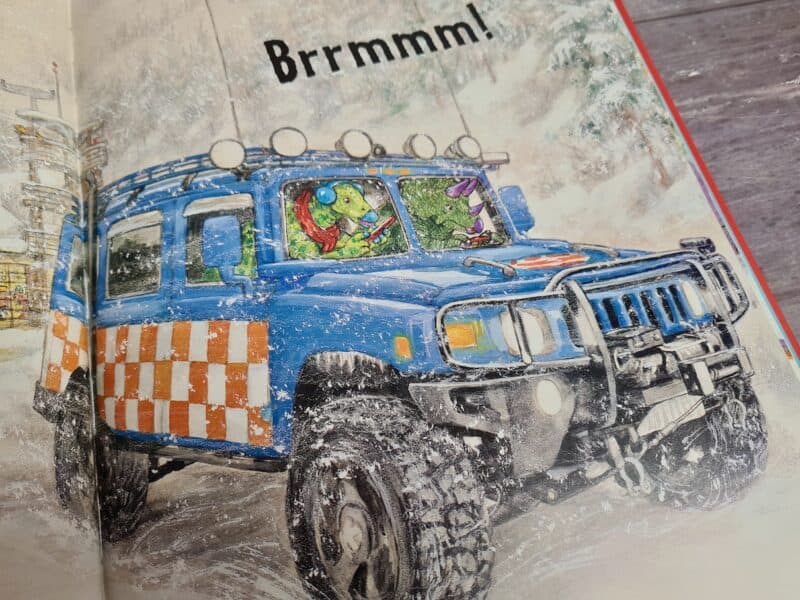 In Dinosaur Christmas, Santa Claus has found himself a bit stuck and his sleigh is covered in snow. He calls the Dinosaur Rescue team to come and help him out so that he can get on with delivering presents for Christmas. The dinosaurs come to the rescue in loads of exciting vehicles like a buggy and big truck, as well as a snowmobile and a helicopter! This is such a fun and exciting book with a lot going happening on each page. 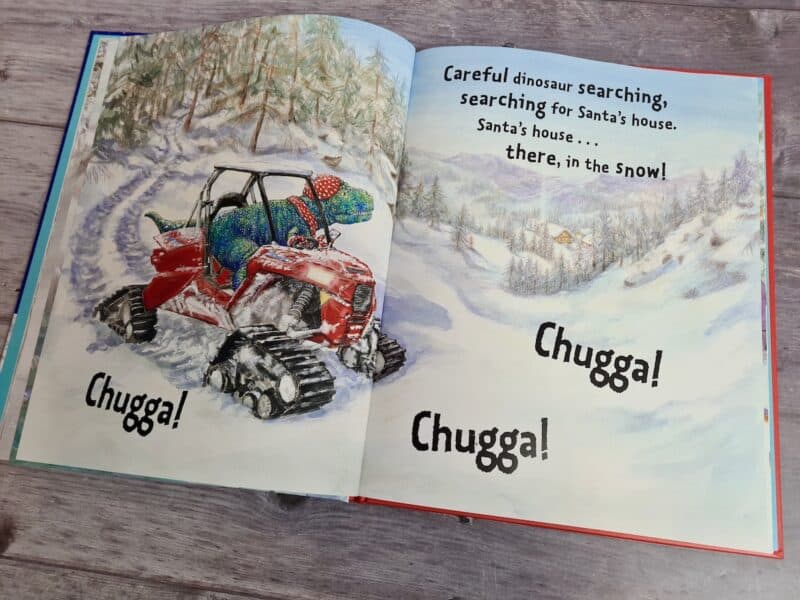 The story is set in a very snowy location, which is how Santa gets stuck and this is obviously quite wintery and Christmassy as it is. However, something I really loved was that all of the dinosaurs were kitted out with hats, scarves and ear muffs and gloves. Children really notice things like this and it means you can spend time with your child talking about what each dinosaur is wearing and what colours they have on. 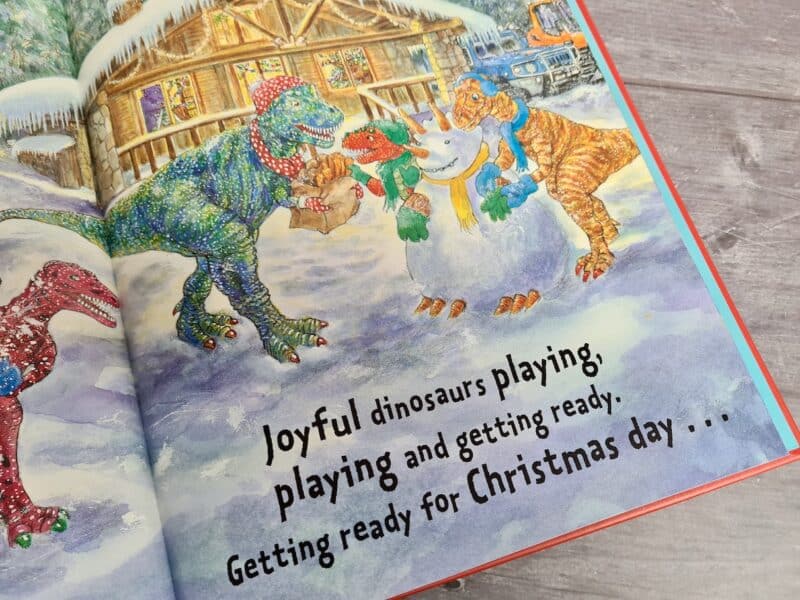 Dinosaur Christmas is definitely different to any of the other Christmas books we have but I love that. Dinosaurs clearly love Christmas too! 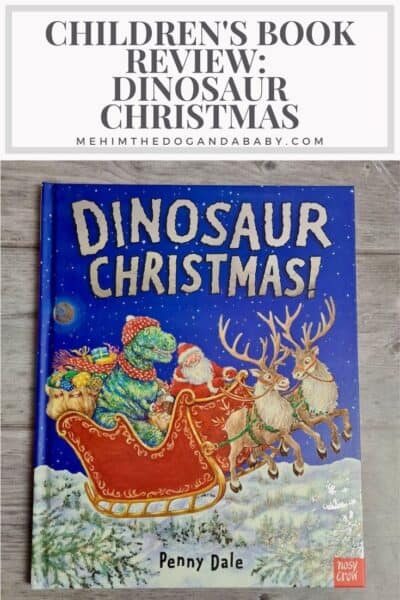