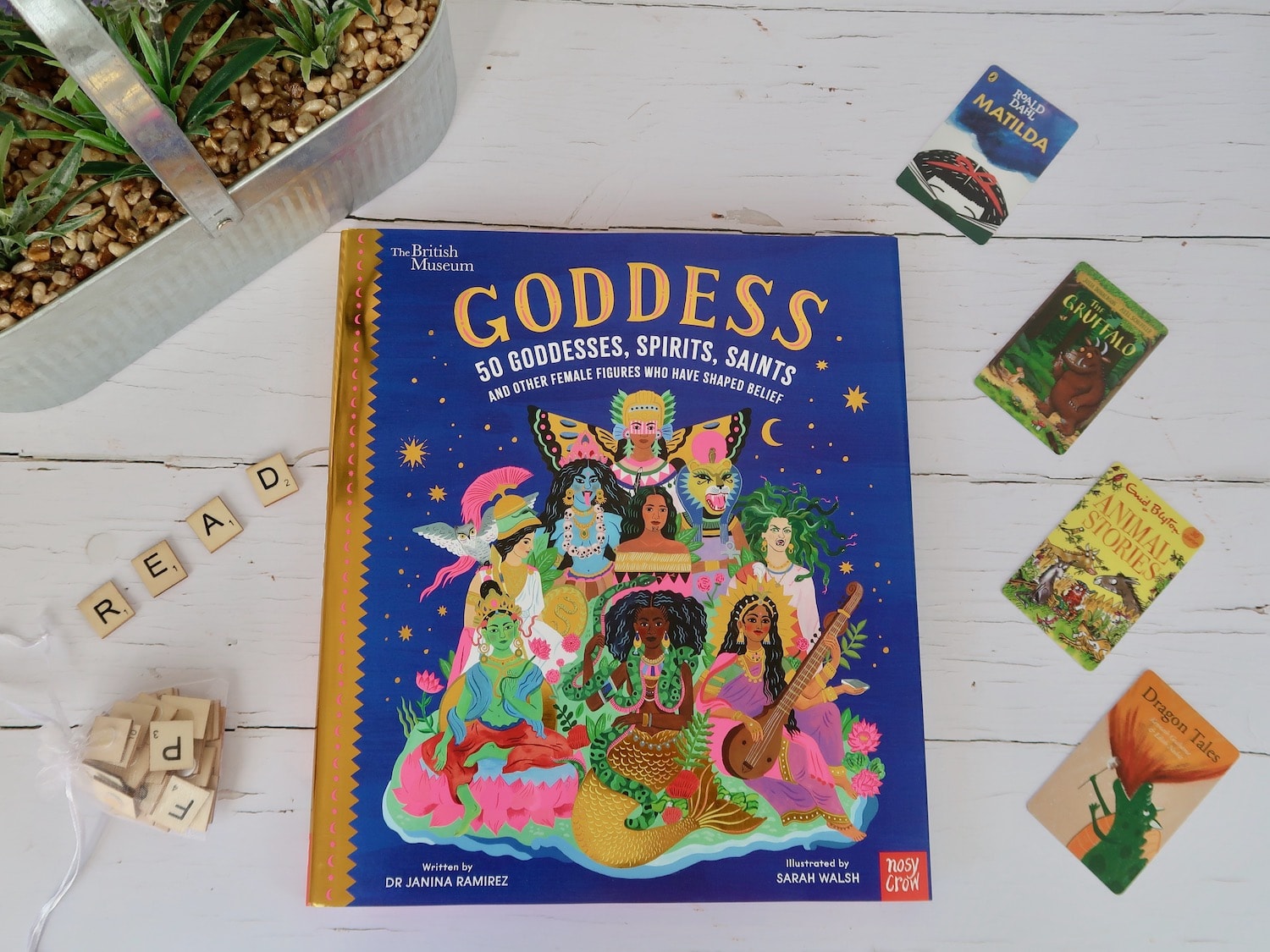 This week’s children’s book review is all about Goddess: 50 Goddesses, Spirits and Saints by Dr Janina Ramirez and Sarah Walsh. The book was published by Nosy Crow with the British Museum and can be purchased on Amazon.

Tales of powerful female figures have been told since the beginning of time and this collection brings together 50 stories from around the world. There are loving creators, wise leaders, fearsome warriors, gentle healers and mystical protectors, and they can each inspire you to find strength within yourself . . .

Beautifully written by cultural historian and broadcaster, Dr Janina Ramirez, and stunningly illustrated by Sarah Walsh, this amazing book contains goddesses, guides, spirits, saints, witches, demons and many more female figures that have played an important role in shaping belief today. Based on original sources and with photographs from the British Museum collection, this incredible introduction to goddesses throughout history will entertain, engage and empower readers everywhere.

Divided into thematic chapters, but connected by the power of the female, there are important stories of creation and love, action-packed stories of war and death, and heroic stories of great adventure and strength. Each gorgeously illustrated spread is a celebration of girl power in its many forms.

This year, being in Reception, Erin has begun to learn about religion and gods. At this point, school only focuses on certain areas but I think it’s so important for children to have a wider education when it comes to subjects like this. Goddess: 50 Goddesses, Spirits and Saints and other female figures who have shaped belief is a great book as an additional resource and it’s filled with fantastic information.

This book is broken down into really easy to understand sections which are Ruling and Guiding, New Life, War and Death, Love and Wisdom and Animals and Nature. If your child is interested in a particular area or subject then this will help you and them to find the right section easily. Not only that, but it also means you could read a little bit at a time and keep track easily of where you got up to.

Everyone in this book gets a beautiful two page spread, filled with lots of information which is enhanced by stunning illustrations. There is a lot of text in this book so if you’re reading with a younger audience then it might be worth just doing a little bit at a time, or maybe picking one or two people to read about in one go.

As an adult, I’ll admit that I hadn’t heard of a lot of the women in this book. Of course, there are were some that I had heard of such as Eve, Athena, Medusa and Freyja. It was nice to be able to learn something new alongside Erin and I think she quite liked that too.

Goddess: 50 Goddesses, Spirits and Saints and other female figures who have shaped belief is one of those books that you can start reading and learn so much from in a short space of time. It’s also one that will be good throughout your child’s education as there are different subjects such as Roman Goddesses, Hindu Goddesses and also covering Ancient Egypt, just to name a few different areas. 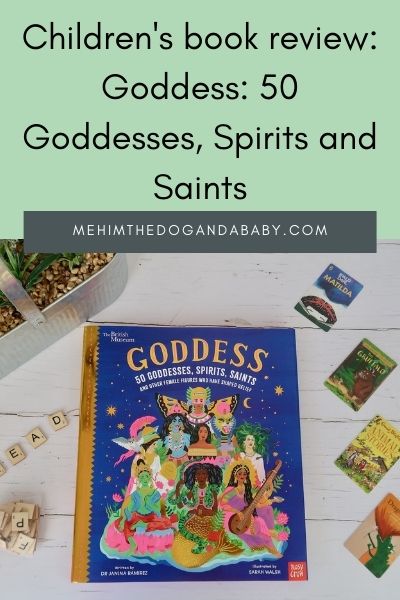