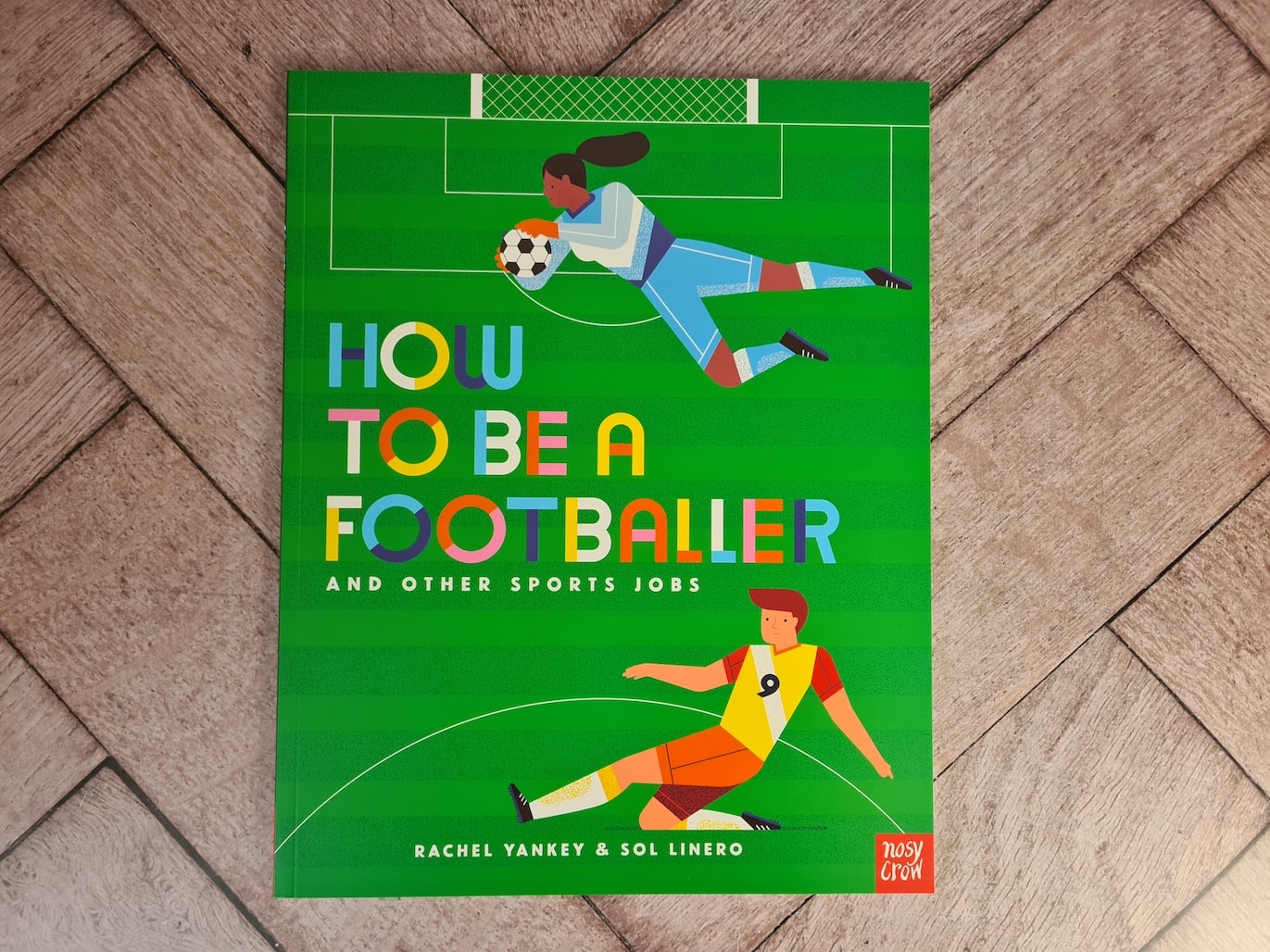 This week’s children’s book review is all about How To Be a Footballer and Other Sports Jobs by Rachel Yankey and Sol Linero. It was published by Nosy Crow and can br purchased on Amazon*. 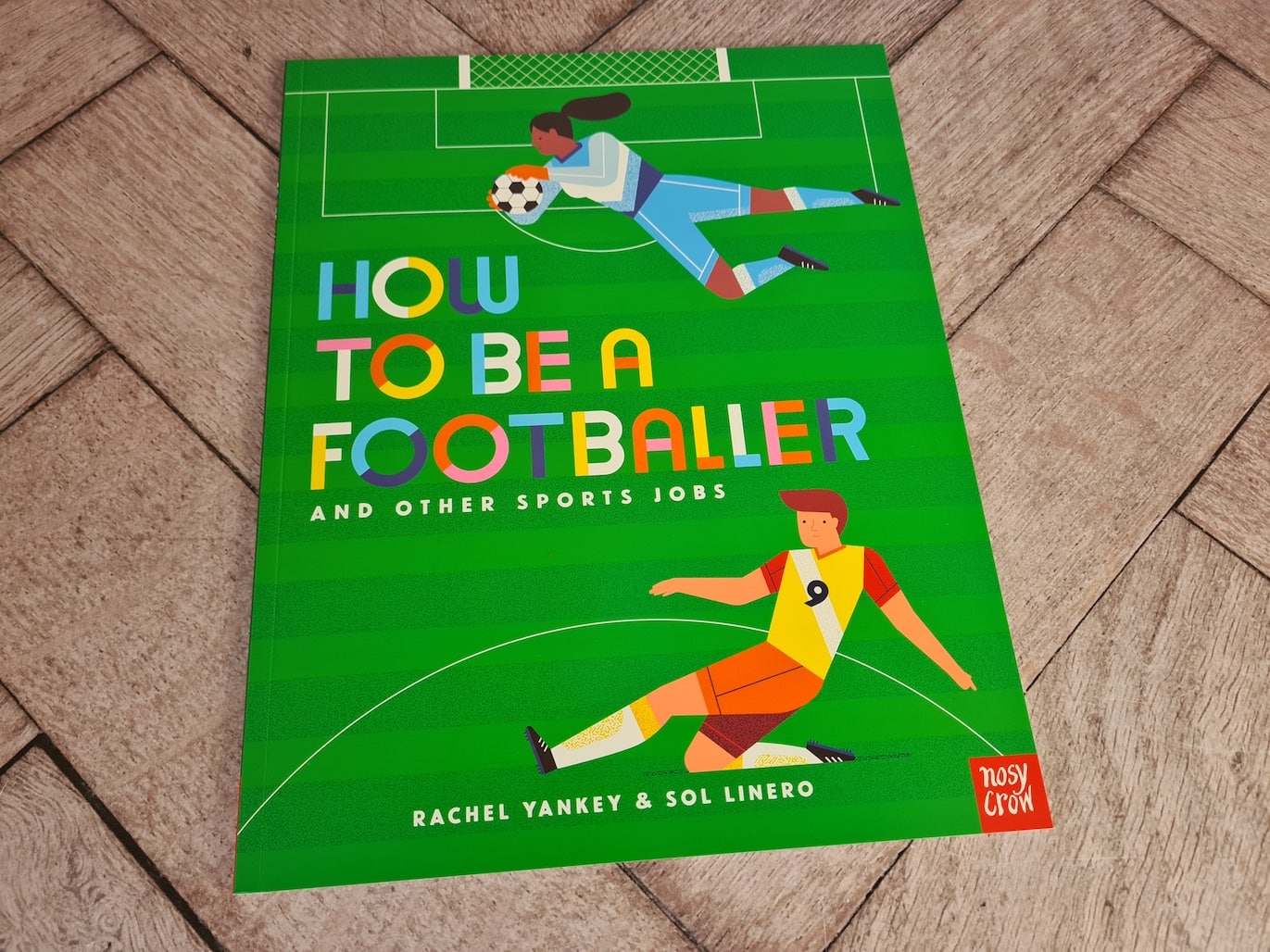 A book for children aged 6+ who want to know the score about football jobs, written by former Arsenal and England footballer and CBeebies TV presenter Rachel Yankey.

Do you have what it takes to become a professional footballer, a manager or even to work in sports TV? Learn all about football and the incredible sports jobs you could do, from training to become a player or team coach to running the game as a referee, scouting young players for talent or even working inside the stadium. 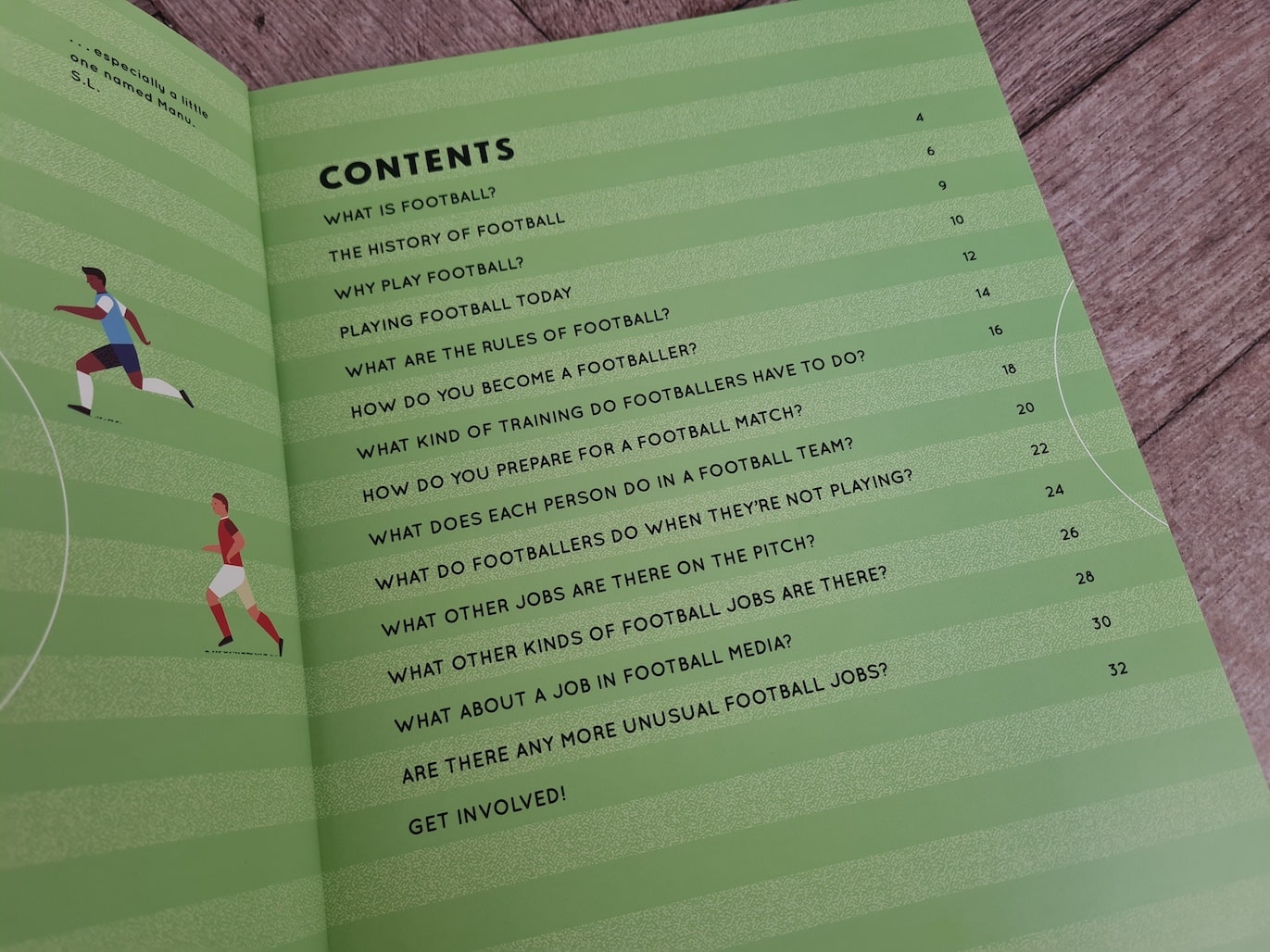 Something I think a lot of us want to teach our children is that there are no boundaries when it comes to what they can be when they grow up. I especially want Erin to know that although some jobs are stereotypically done by men, they are not off limits for her. Something I know absolutely nothing about though is football, or what being a footballer really involves so I really liked the sound of this book. 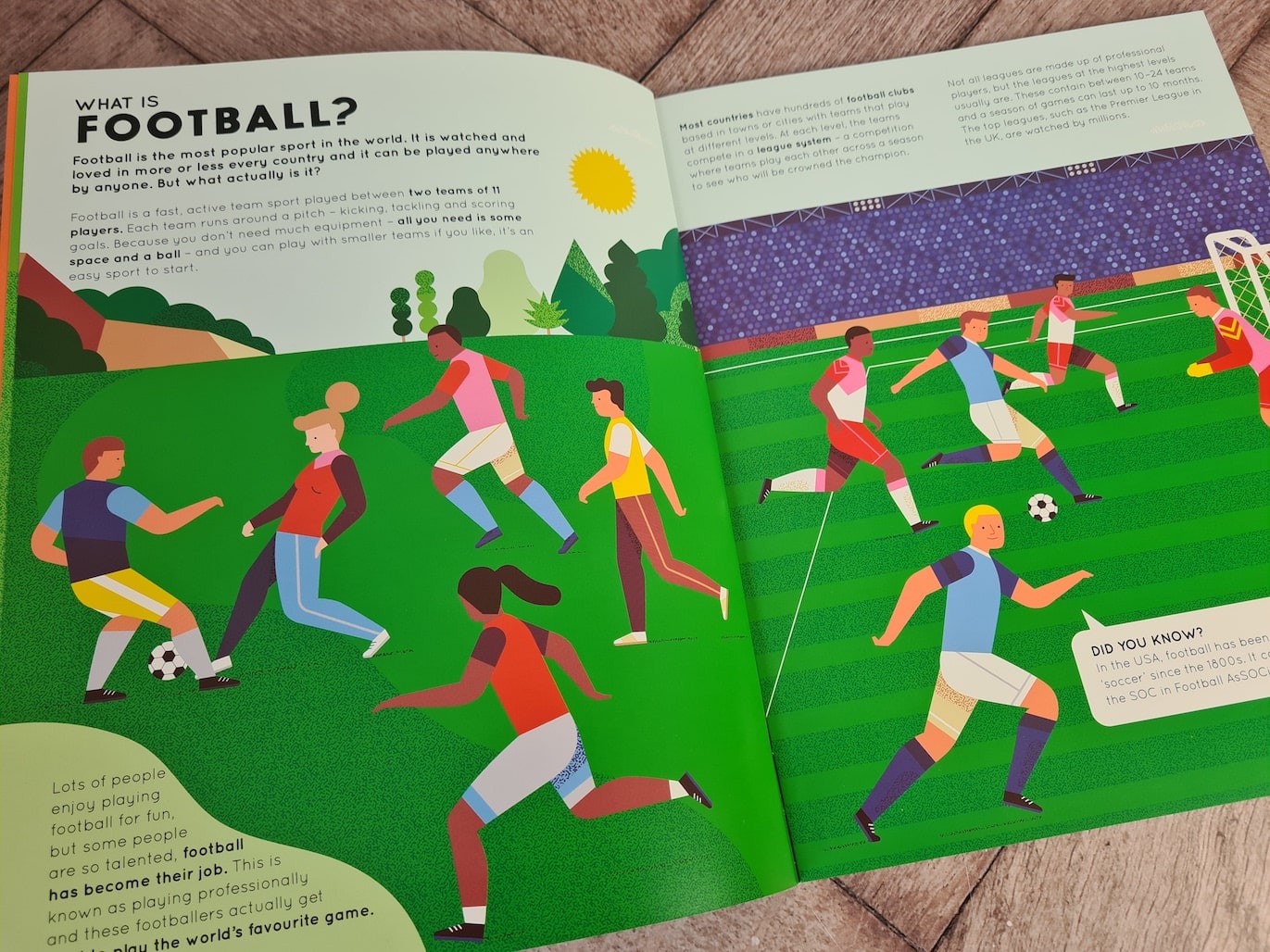 This book really goes right back to basics when it comes to football and that was something I was really thankful for. There are lots of different chapters to explore such as finding out exactly what football is, what the rules are (I didn’t know any of them) and what each person in a football team does, just to name a few. I like that everything is really broken down and it’s clear that someone has thought of the questions that children might ask. 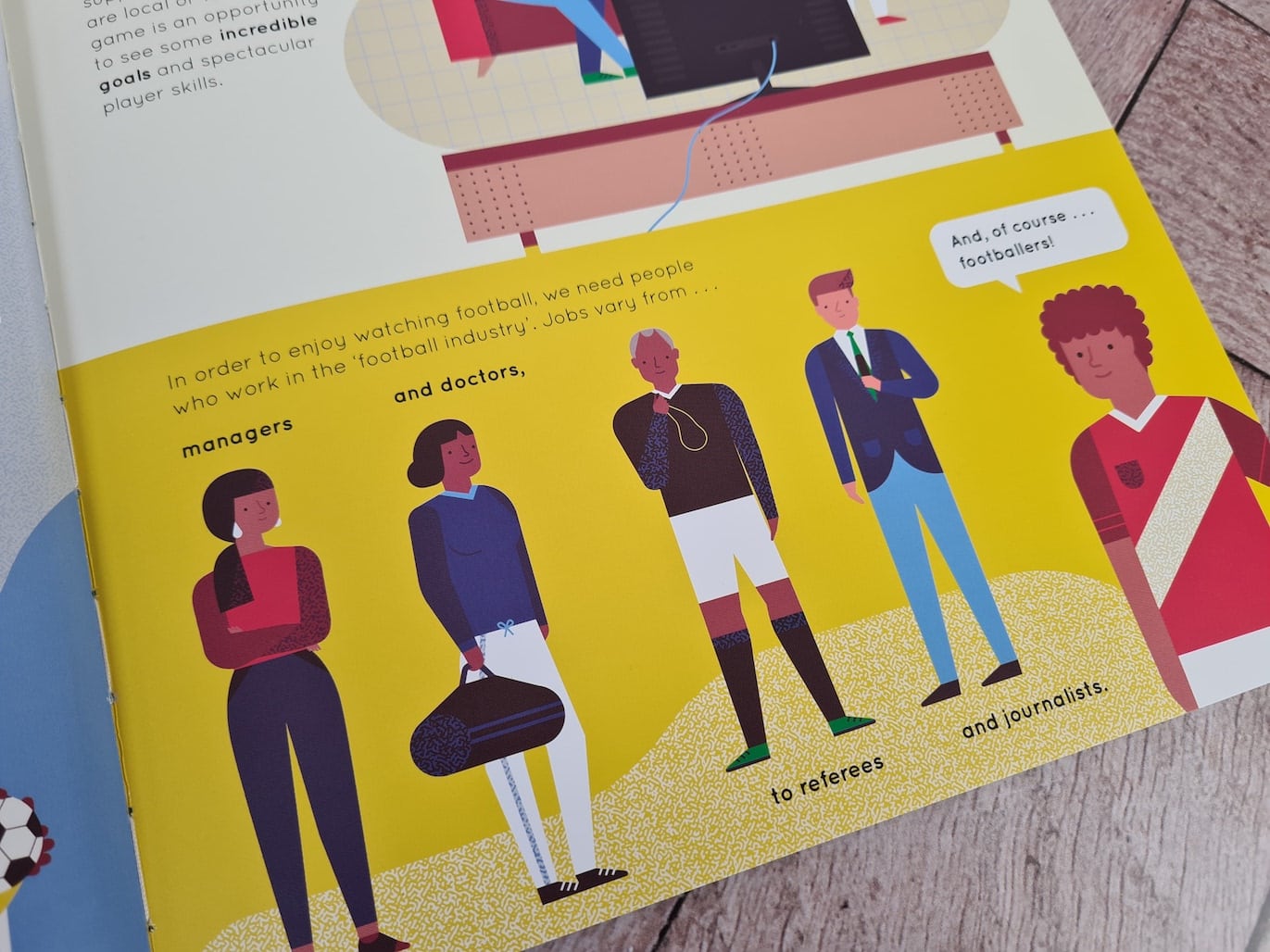 Another thing that this book covers is other football related jobs both on and off the pitch. I think it’s great that the book shows all different kinds of jobs such as managers, referees and journalists who might cover the football match. Not only does it show children that they can be anything that they want to be but that there are also so many jobs out there that they might not have thought about before. It might inspire them to want to learn something new! 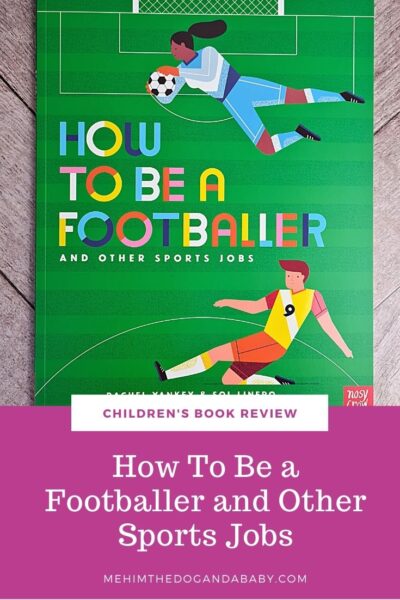