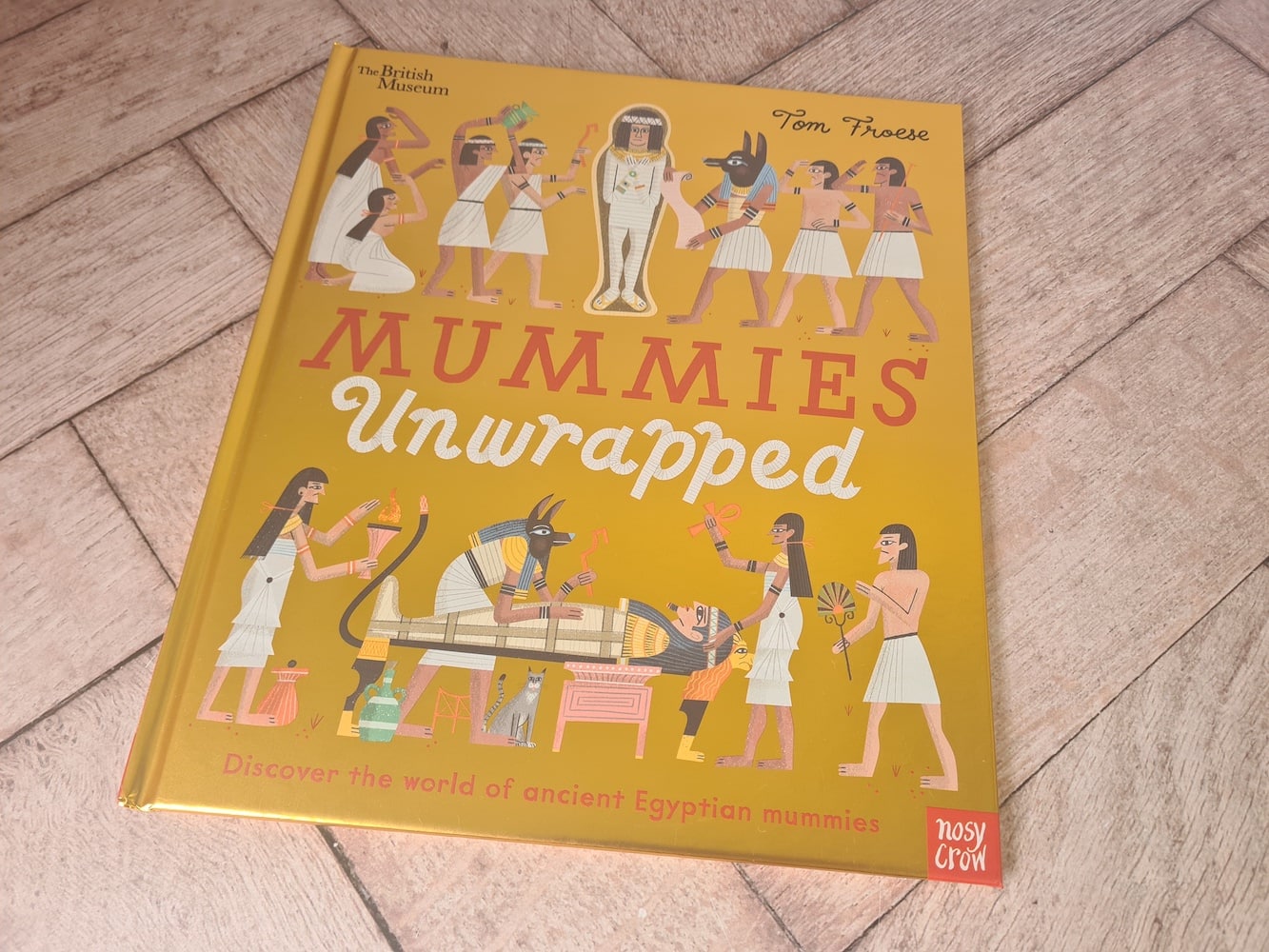 This week’s children’s book review is all about Mummies Unwrapped (The British Museum) by Tom Froese. It was published by Nosy Crow and can be purchased on Amazon*.

Unwrap the mysteries of ancient Egyptian mummies in this fascinating gift book from the British Museum.

What is a mummy? How exactly were they made? And is there really such a thing as a mummy’s curse? Find out the answers to these questions and many more, in this gruesome guide to the mummification process. Filled with grisly detail, you’ll uncover secrets of the embalmers, tales of the tomb robbers and even what happened when pets were mummified! Meet some famous mummies from around the world, from Tutankhamun to the ‘unlucky mummy’, and find out what happened when archaeologists discovered mummies thousands of years after they were buried . . .

With a glorious gold foil cover and quirky colour illustrations on every page, children aged 7+ will enjoy learning lots more about mummies!

On a recent trip to The British Museum in London Erin was fascinated by the Egyptian section and really wanted to learn more about them. It was great to see her so interested in a subject and to ask loads of questions while we were there… questions I didn’t always know the answers to. As this book is in collaboration with The British Museum it was perfect for Erin.

Mummies Unwrapped is set up in really clear sections starting with the most basic, ‘What is a Mummy?’ Egyptians believed that a person had thee spirits which survived after death and it was important for them to protect the dead body as the spirits lived inside. They believed that these spirits would need to recognise the body after death so that they could live forever.

The illustrations throughout the book are fantastic. There was a lot that Erin could recognise from our trip to The British Museum and we could pick these out together as we went through the book. While it’s important to read the text in these books sometimes it can be just as important to look at the pictures and find something a child is interested in.

Mummies Unwrapped has quite a lot of information in it but as it’s split up into different chapters it’s easy to pick this up and only read a bit at a time so that children don’t get overwhelmed. The book covers all kinds of aspects of the mummies such as how they were wrapped, what happened at a funeral and why there was animal mummies as well as humans. It’s a really great resource for anyone interested in the subject but also if children are studying this at school. 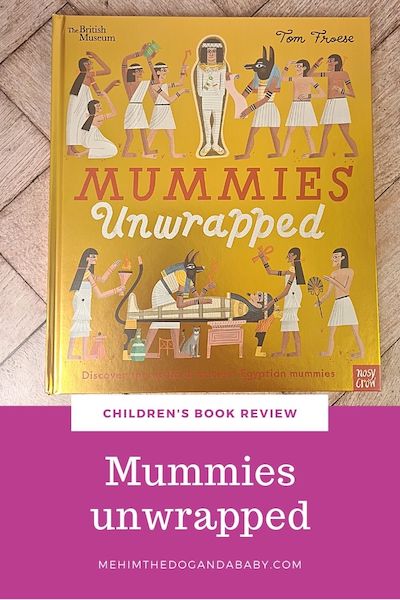