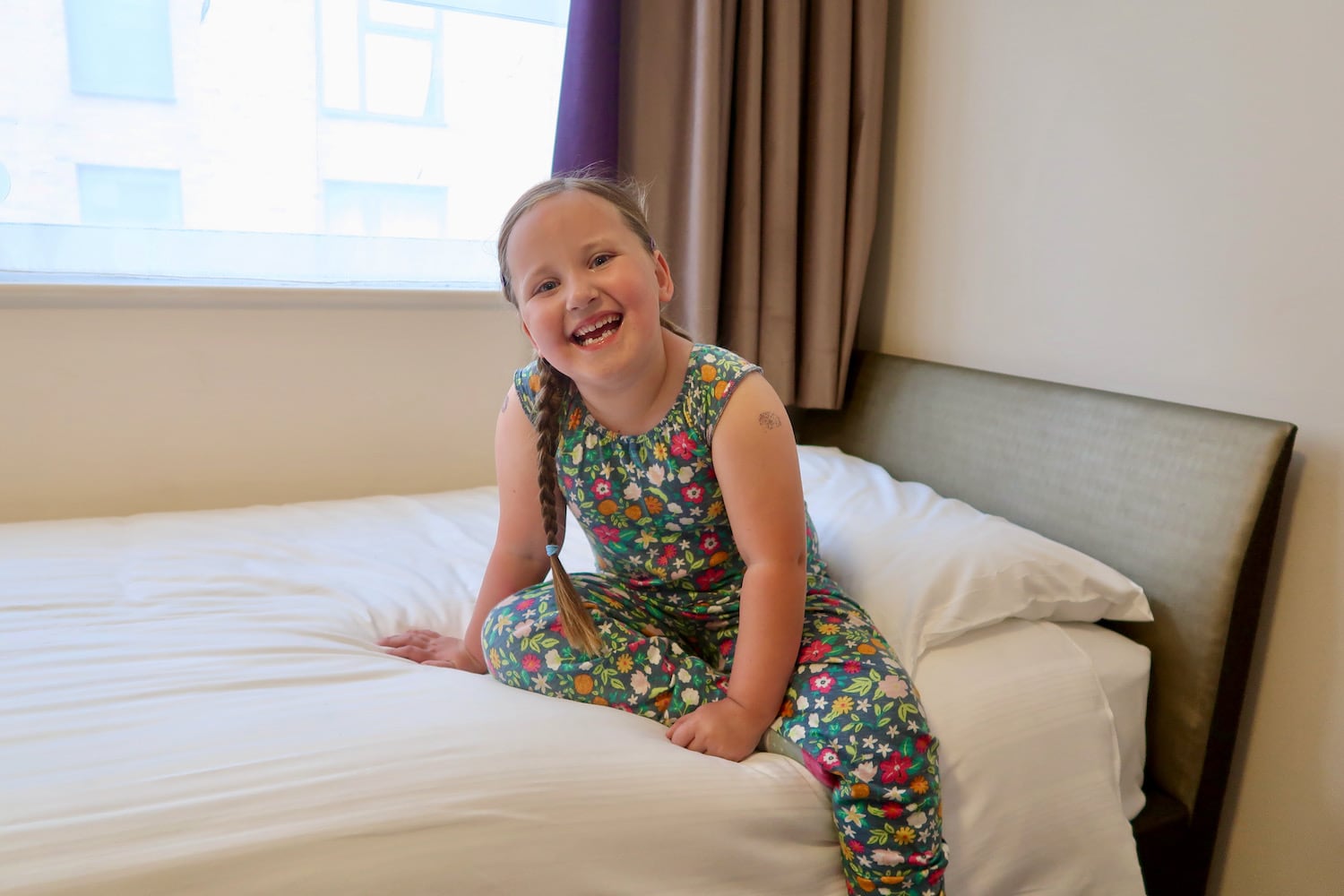 During the summer we had a 5 night break in London and were based in Greenwich. Initially, we had 3 nights booked at Staycity Greenwich High Road but we wanted to extend our stay and the Premier Inn Greenwich came up at a great price.

The Premier Inn Greenwich is located on Greenwich High Road which is only a short 5 minute walk from the Greenwich DLR station. The location was ideal really as it was quick and easy to get to the station and easy enough to get into central London. We also only had a couple of minutes walk back from the DLR after a long day out which was great for Erin as by this point she was tired and just wanted to relax.

We walked into Greenwich on the days we had plans there and this was only about 15 minutes to the Cutty Sark or around 15 minutes also to places such as the Queen’s House and the National Maritime Museum. There is a bus stop a couple of minutes down the road though so this is also an easy option if you don’t fancy the walk.

When we booked initially the check in time was 2pm. However, a couple of days before our trip we were emailed to say that this had now been changed to 4pm and this really would have affected the plans we’d already made.

As we had plans in the afternoon in Greenwich we decided to head straight to Premier Inn Greenwich with the hopes that we can store our luggage until later in the evening when we could check in properly. Luggage storage is something that hasn’t been open in a lot of hotels but luckily it is now at this location. We were able to leave our case and then we checked in later on after our afternoon of exploring.

One of the reasons why we booked with Premier Inn is because we generally know what we’re going to get with a family room. Our room consisted of a double bed as well as a sofa bed which was already made up for Erin. After a long day of travelling and then exploring in Greenwich it was nice to not have to think about this being done.

The room was spotless and very spacious. Sometimes there’s a bit of a misconception that cheap rooms are tiny but that really wasn’t the case here. There was plenty of space to move around, a desk with chair to sit at, space to hang our clothes as well as a mirror and shelf for make-up etc. There was also a hairdryer provided in the room which is really helpful if you forget one or you don’t want to bring one due to added weight in your case.

Something that all of us agreed on was how well we slept at Premier Inn Greenwich. Erin will sleep anywhere and be absolutely fine and so will John but I’m a little bit pickier, especially when it comes to the pillows. Premier Inn Greenwich had super soft pillows though and just perfect for me and I had sleep so well during out 2 night stay.

Whens saying somewhere as a family something I really appreciate is having both a bath and shower in the bathroom and this is what we got at Premier Inn Greenwich. Although Erin likes having a shower when we’re away (as we don’t have one at home) it’s nice to have the option and I also personally like a soak in the bath after a long day of walking around.

Of the two places we stayed while in Greenwich the Premier Inn Greenwich was definitely our favourite. The location was great and the price was a lot better than the Staycity Aparthotel we had for the other 3 nights. 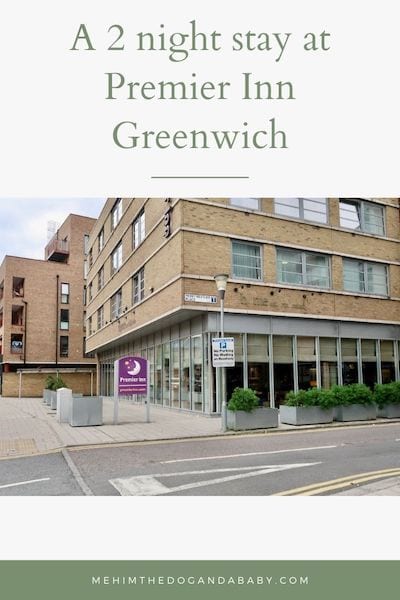