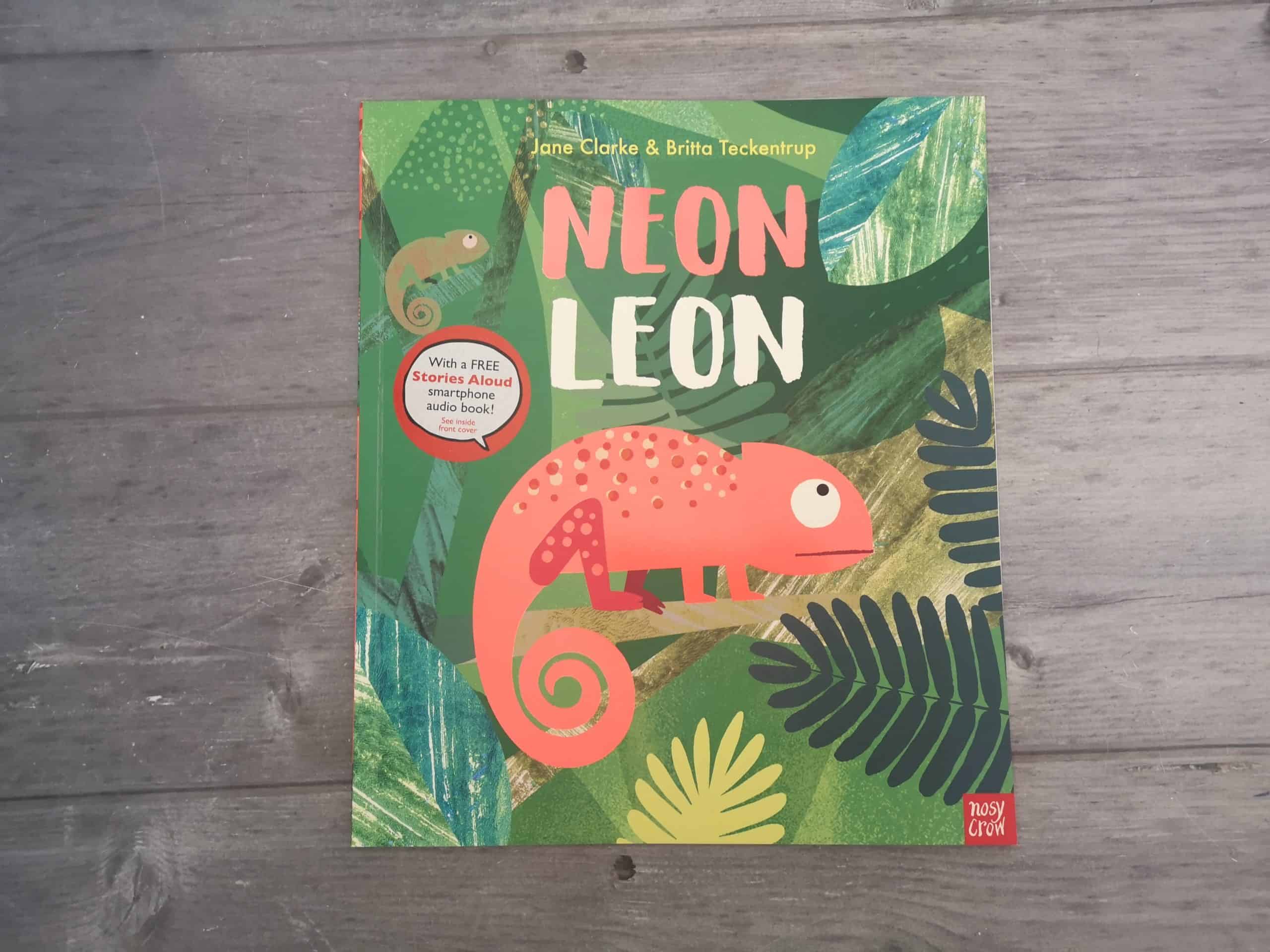 This week’s children’s book review is for Neon Leon from by Jane Clarke and Britta Teckentrup. The book was published by Nosy Crow and it can be purchased on Amazon (AD). 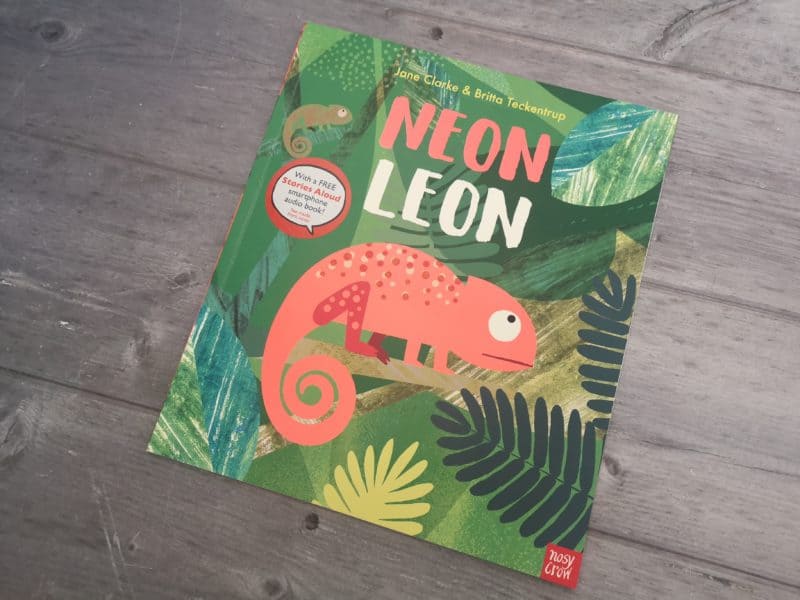 Everyone knows that chameleons are the best at fitting in. But not Leon. Leon is neon! In fact, he’s SO bright that he keeps all the other chameleons awake at night. But poor Leon is lonely, so he goes off in search of somewhere he can blend in. In this delightful interactive book, filled with vibrant neon artwork, children can help Leon on his journey by counting his steps, sending him to sleep and giving him lots of reassurance when he’s feeling down. But will he ever find a place he can fit in…? 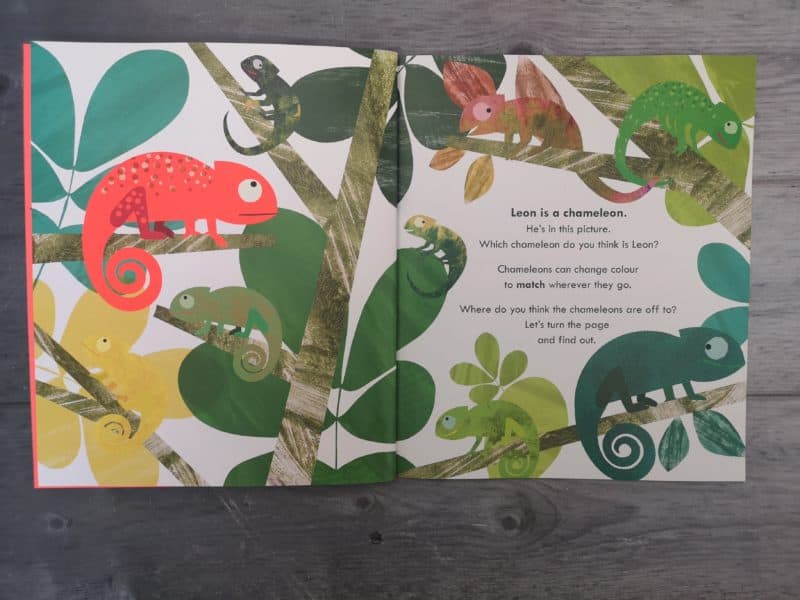 At the start of the book, chameleon Leon lives with a bunch of other chameleons but unlike them, he doesn’t change colour like he should. Leon isn’t even the usual green colour of a chameleon, he’s a super bright neon orange colour. Unfortunately, because he is so bright he keeps the other chameleons awake at night. 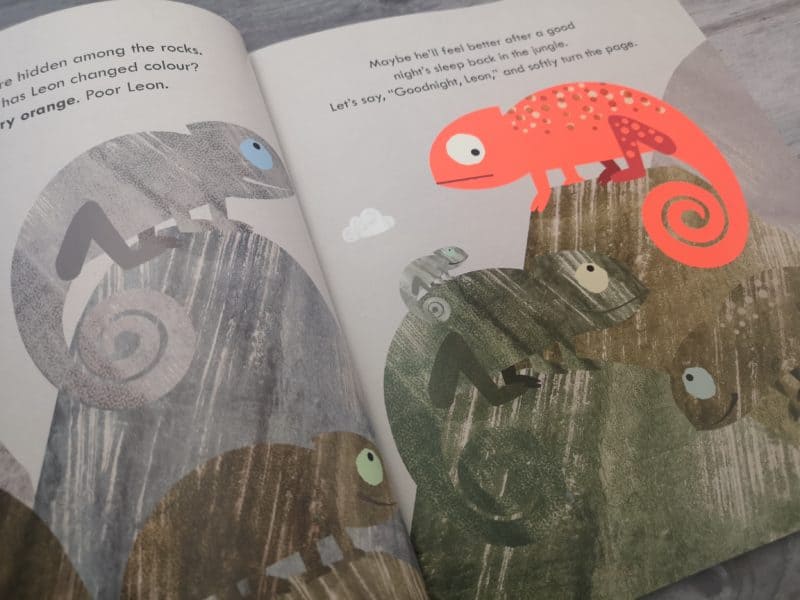 Not wanting to keep everyone awake, Leon goes off on a bit of an adventure to see if there was somewhere better for him to live. He meets all sorts of animals along the way. Erin loved discovering where Leon would go next and to see who he was going to meet. These parts of the book were really exciting for her and we spent some time guessing at what might happen. 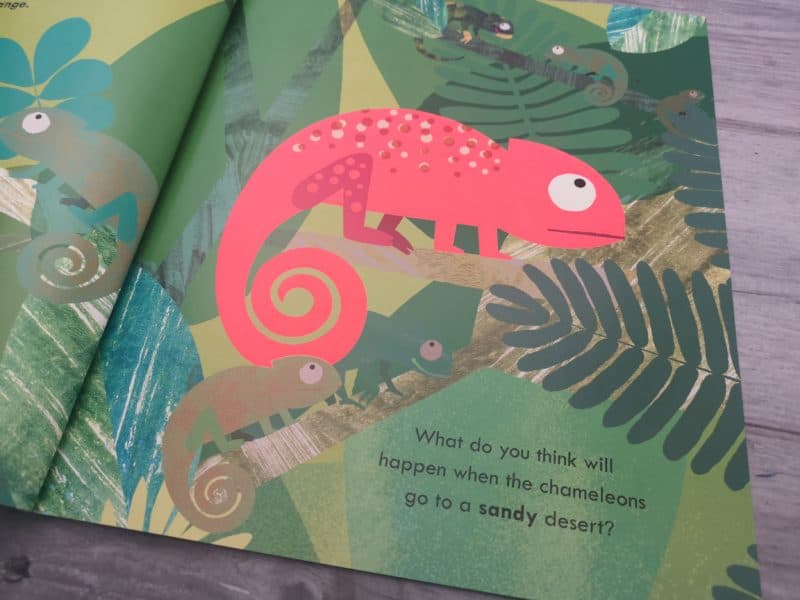 While we have enjoyed this book, I’m not sure it sends out a great message for young children. Leon only seems to be happy with someone the same as him. We try to teach Erin about people having differences and embracing them but unfortunately the outcome of the book doesn’t reflect this. However, as I said, the book has been enjoyed but not because of the outcome. 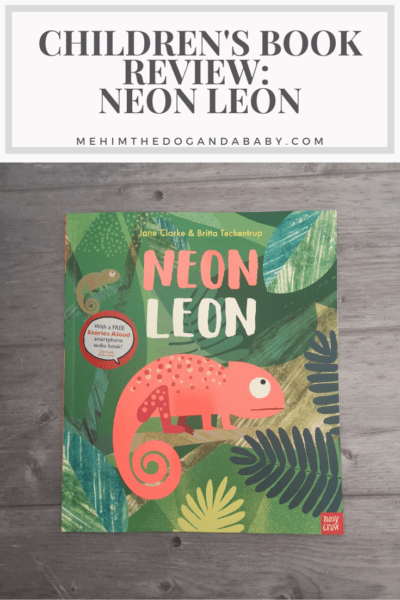