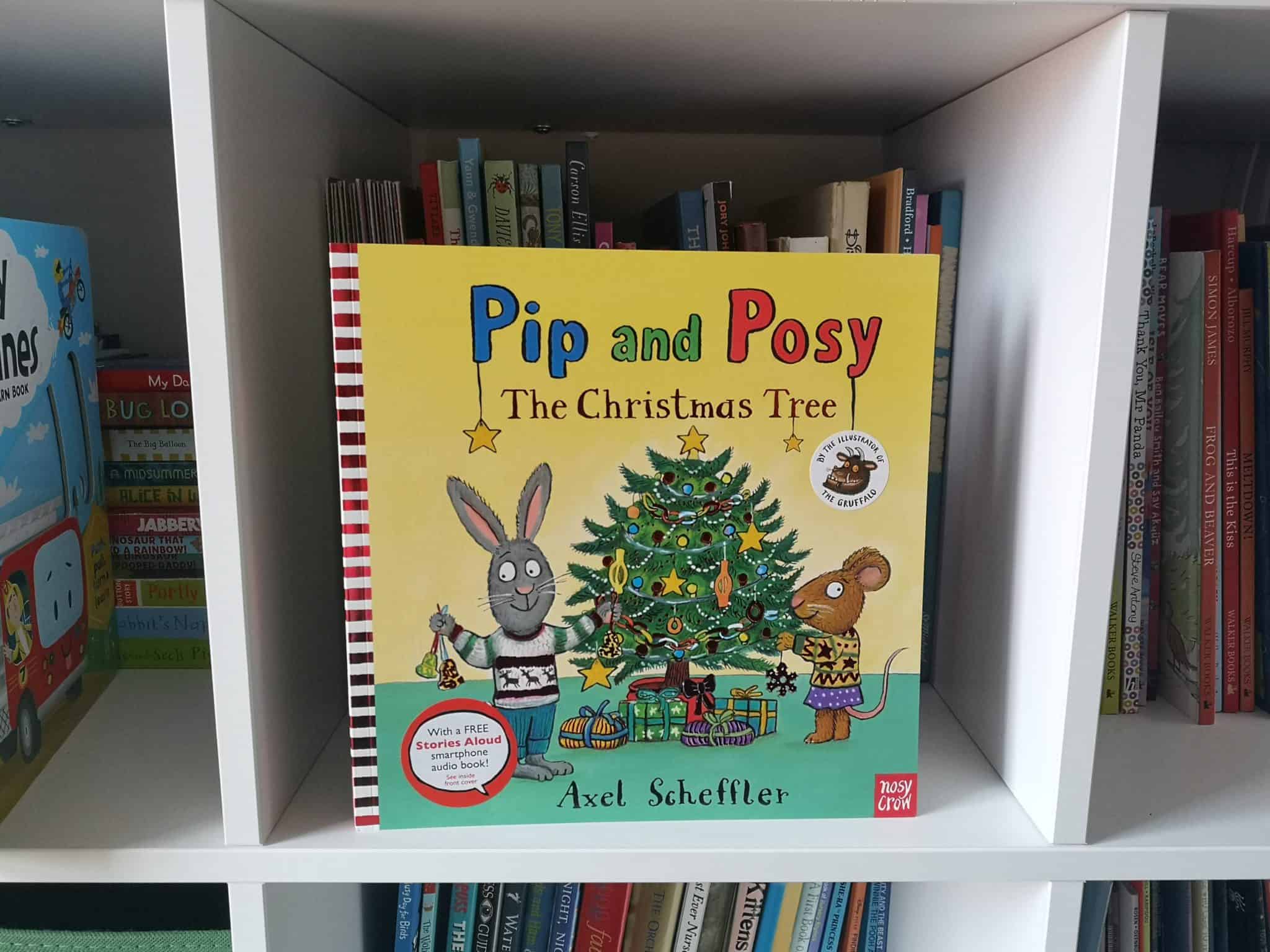 Today’s book review is for Pip and Posy: The Christmas Tree by Alex Scheffler. It was published by Nosy Crow on 4th October 2019 and it can be purchased on Amazon*. 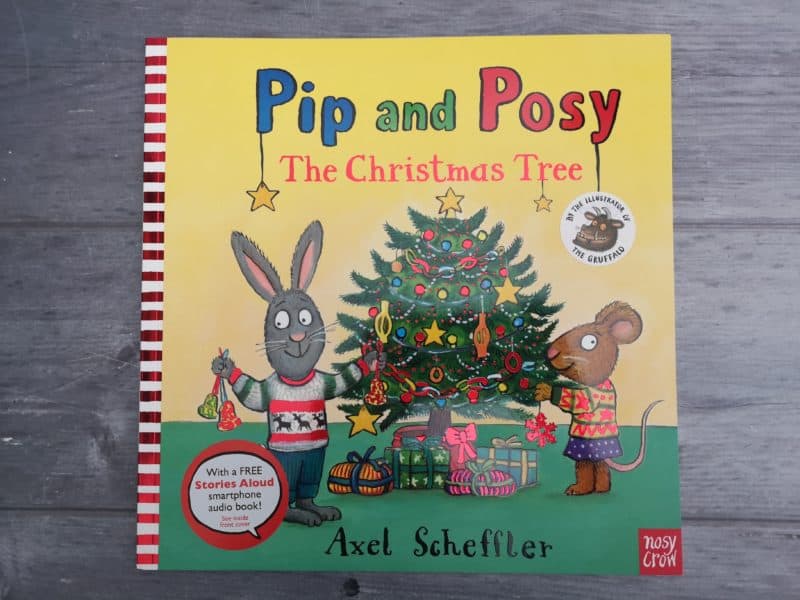 It’s Christmas time and Pip and Posy are busy decorating the tree with candy sticks, and biscuits, and a beautiful sugar star. But the strange thing is that, every time Posy goes out of the room, when she returns, there’s one less decoration on the tree. Eventually, there are NO decorations left AT ALL . . . oh, dear! All young readers will enjoy the moment when Posy finds Pip lying on the sofa, feeling sick, but will they guess how she decides to tackle Pip? 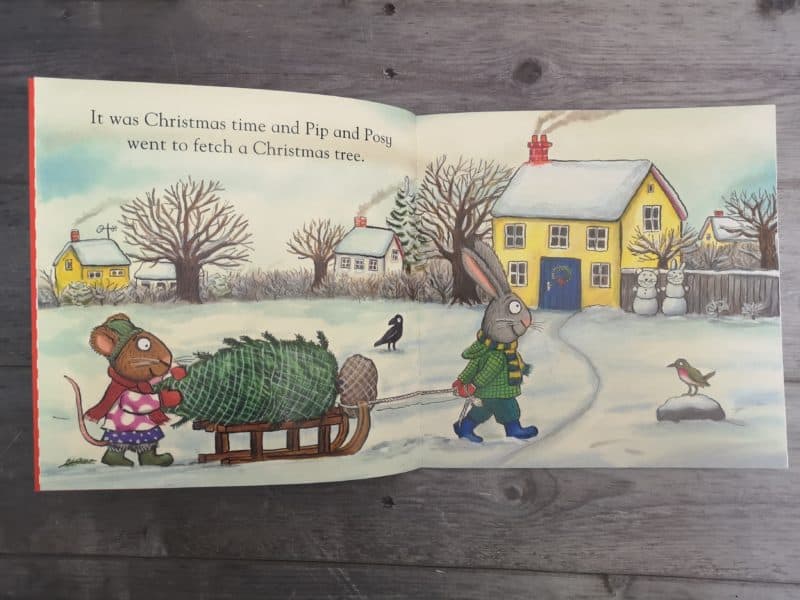 Pip and Posy is a series of books that we’ve read some of before so I was excited to see a Christmas themed book that was released recently. Sometimes with children it’s good to get books in a recognisable series to help keep their interest, or get them interested in reading again. The Pip and Posy series is by Alex Scheffler who illustrated The Gruffalo, which is also a favourite in our house. 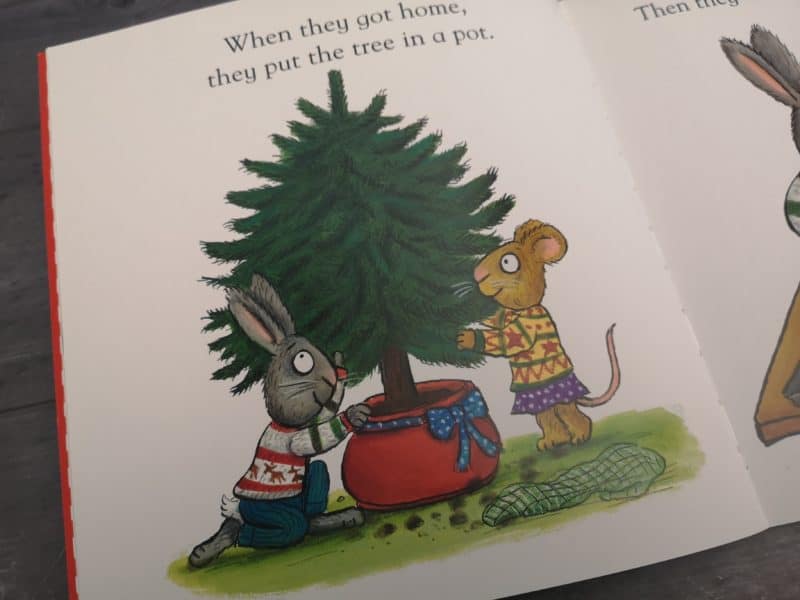 The book starts with Pip and Posy going out to pick their Christmas tree (and exciting thing in itself). The spend some lovely time together picking the tree and then getting it home before being able to put it up ready to decorate. Putting our Christmas tree up every year is such an exciting time, especially for Erin, so I liked the lead up to the story. 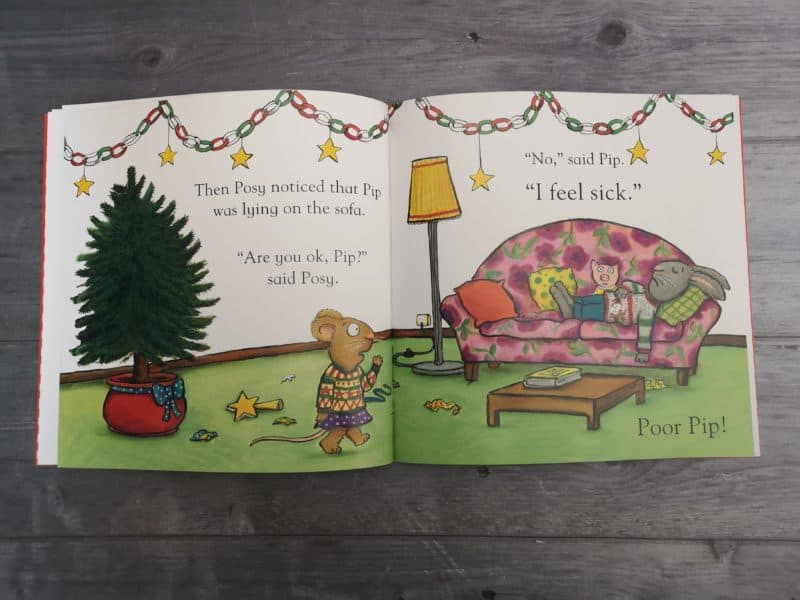 The pair have lots of fun together decorating their Christmas tree, adding on decorations such as biscuits and candy canes. Pip is a bit naughty though and eats the decorations, leaving him to feel sick from eating so much! Instead of being angry, Posy comes up with an idea to decorate the tree again with something else. 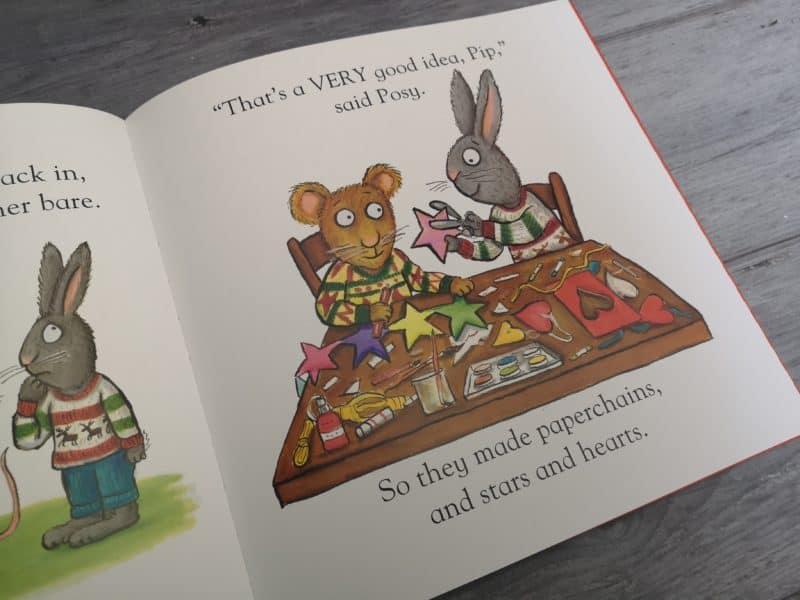 The book, as you would expect from Alex Scheffler, is wonderfully illustrated in a recognisable way. The characters are cute and each page is bright, colourful and interesting for younger readers. There is a lot of white space on the pages but I like that this makes it easy to really pay attention to the illustrations without there being too much to look at. 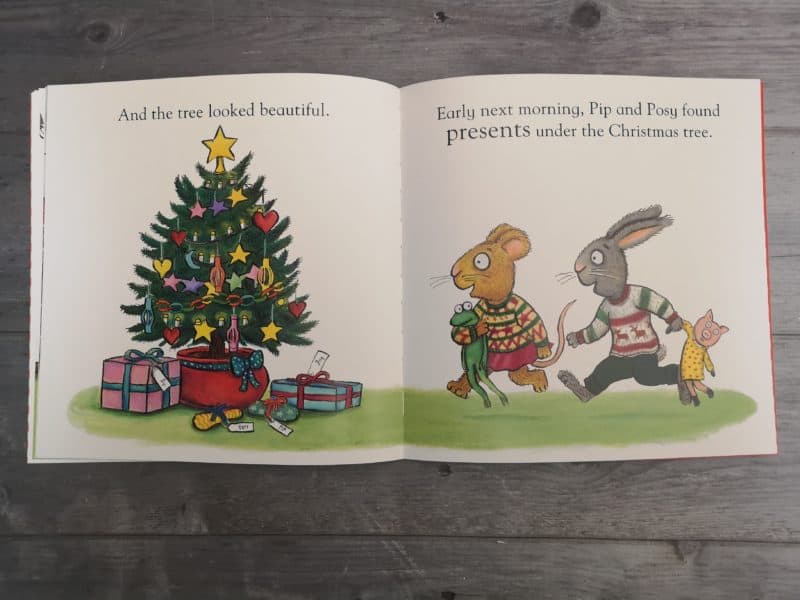 Pip and Posy: The Christmas Tree is a really lovely story of forgiveness, understanding and also trying to see the positive in a situation. Posy could have easily been really angry with Pip but instead she decided to turn the situation into something really fun and different. Not only that but the story is fun and it gave us some ideas for some things to do together as a family. 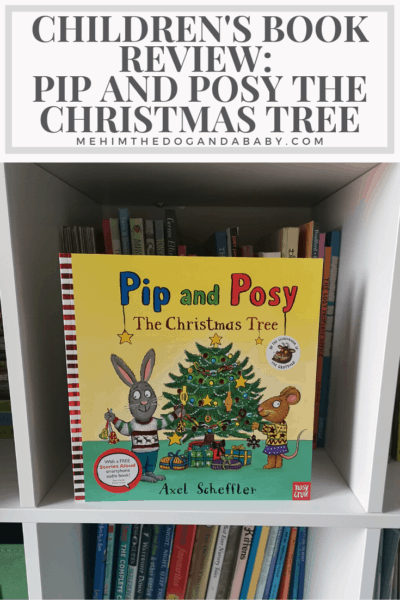