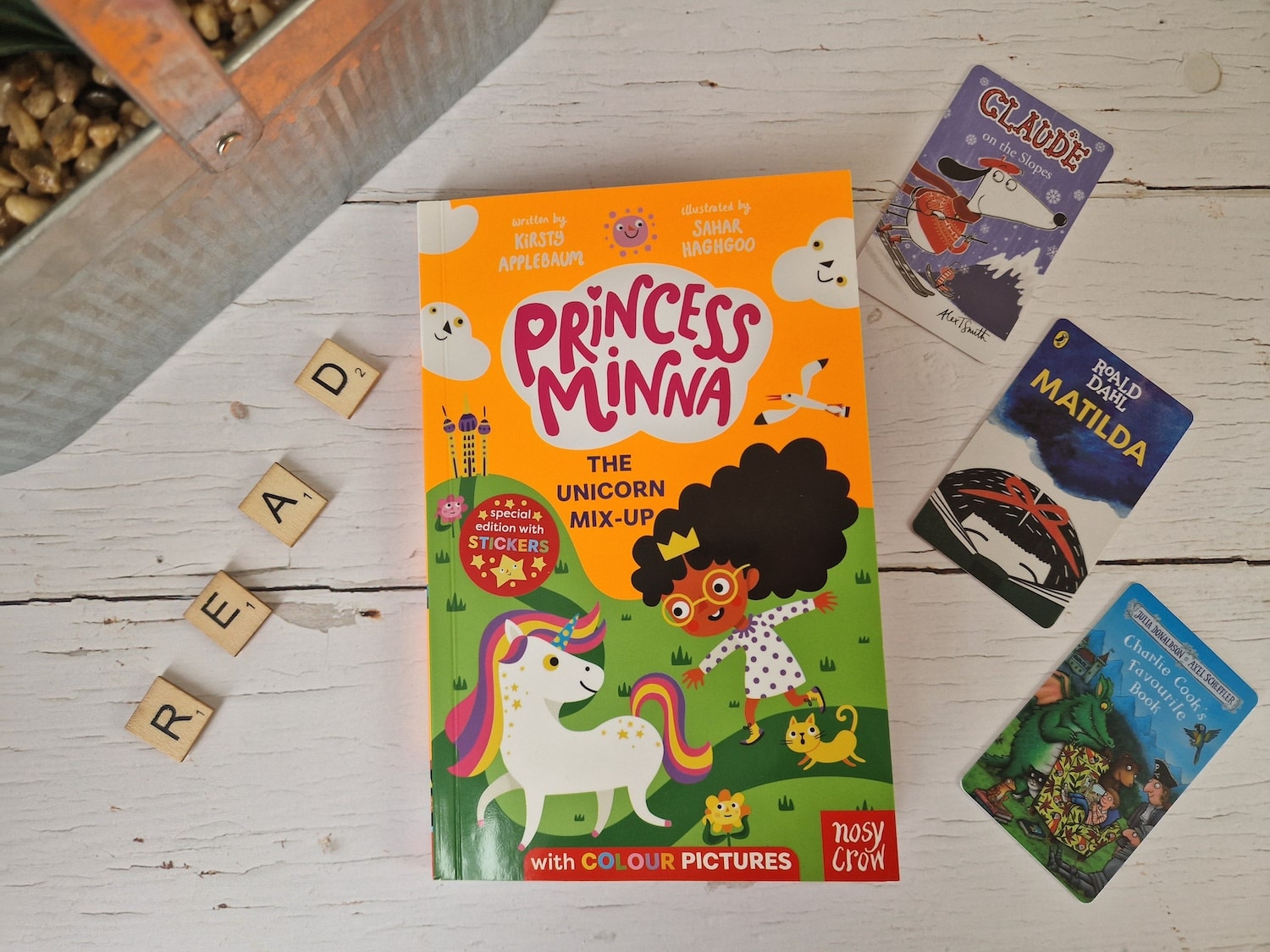 This week’s children’s book review is all about Princess Minna: The Unicorn Mix-Up by Kirsty Applebaum. It was published by Nosy Crow and can be purchased on Amazon.

Princess Minna loves to sort out mix-ups and mishaps in the kingdom! In this full-colour, illustrated chapter book, join her on another adventure to tame a unicorn and much more – all in time for tea.

Princess Minna lives in Castle Tall-Towers with the King and Queen, Raymond the Wizard and her best dragon friend, Lorenzo. There are often mix-ups and mishaps in the kingdom and Princess Minna loves to sort them out!

She can tame unicorns, kiss frogs and fight dragons (apart from Lorenzo) and she is very good at fixing things before it’s time for bed.

In The Unicorn Mix-Up, Princess Minna is so tired she gets a bit muddled and fights a unicorn, kisses a dragon and tries to tame a frog – which won’t do at all! Can she sort it all out and make a new friend along the way?

Full of colourful illustrations, these short, funny stories are perfect for readers just moving on from picture books and visual readers.

The Princess Minna series is a new one to us, and we started with Princess Minna: The Enchanted Forest. Although this is a series, each book can be read on its own so you don’t need them in any particular order. The books all start in a very similar way, introducing Minna and where she lives so you never miss out on knowing what’s going on.

In this instalment, something isn’t right in the kingdom and it’s down to Minna to fix it before Lord and Lady Tunboot arrive to play musical statues! Between a unicorn causing a nuisance and a frog that needs kissing, just to name a few things. But, Minna’s special skills have all gone wrong and she isn’t really managing to fix anything at all.

Princess Minna: The Unicorn Mix-Up is such a fun book with loads to laugh at as Minna gets things all muddled up. There’s a whole host of wonderful characters alongside Minna in the kingdom and we really enjoyed seeing the kinds of things she was expected to do!

The bright, colourful pages are really eye-catching and help to bring the characters and Minna’s adventures to life. For newly independent readers, the text is a nice size and there is also an emphasis on various words. If your child is just learning to read then this is a good one to read together, having the child pick out bits that they might now and work through it slowly! 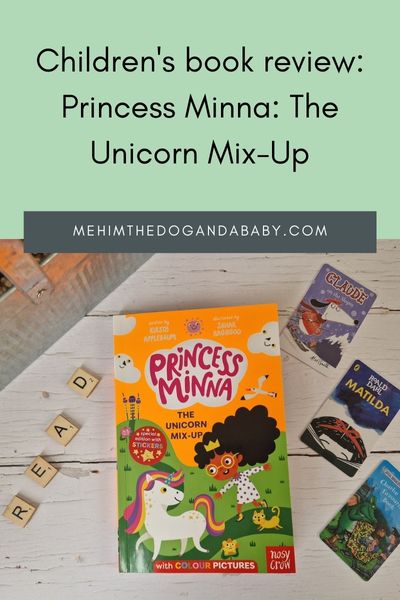