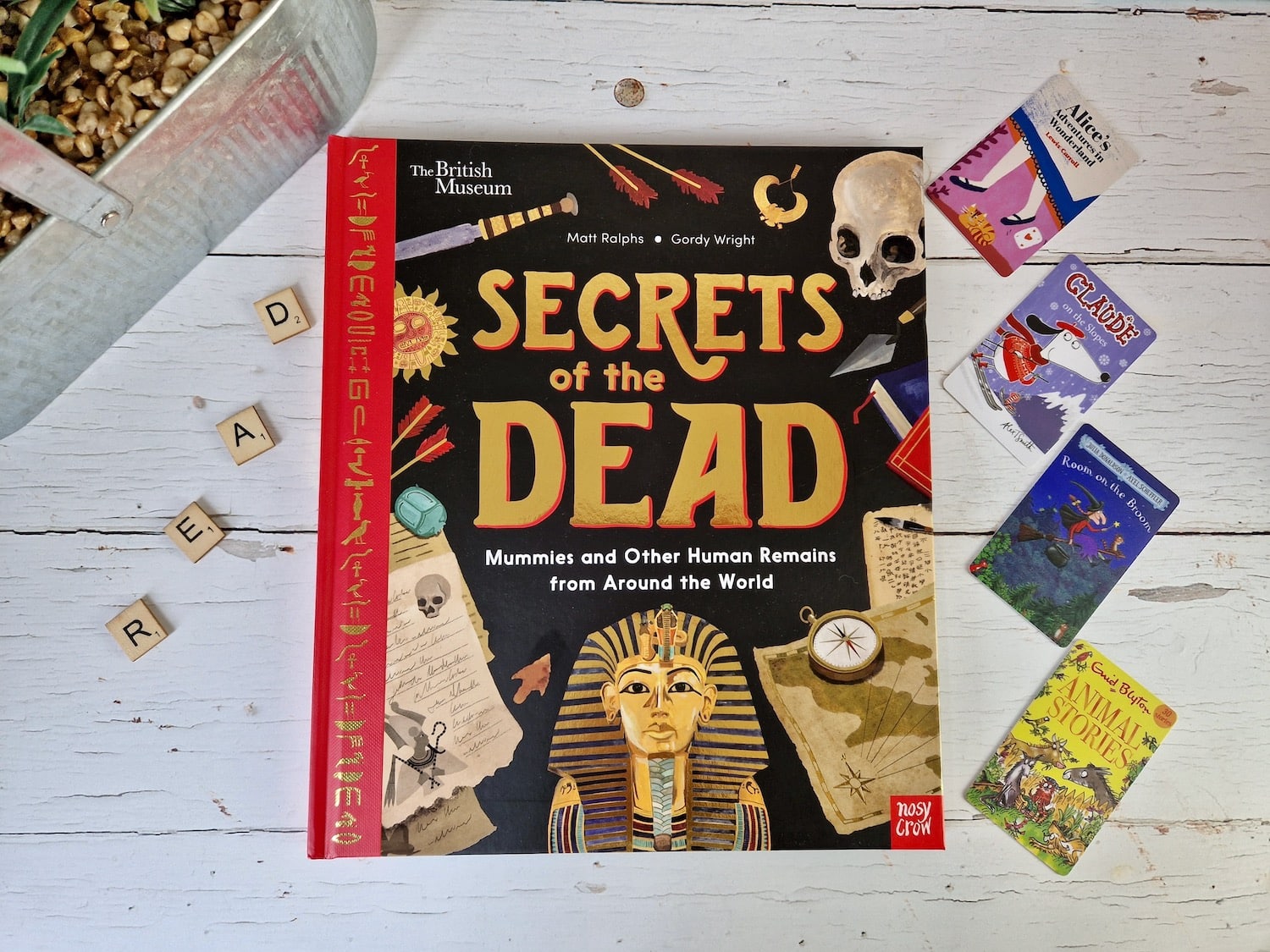 This week’s children’s book review is all about Secrets of the Dead. Mummies and other human remains around the world by Matt Ralphs. It was published by Nosy Crow and can be purchased on Amazon.

Travel back in time to discover secrets of mummies and other human remains from around the world in this fascinating book, publishing 100 years after the discovery of King Tutankhamun’s tomb.

From ancient Egyptian mummies and European bog bodies to the plaster citizens of Pompeii, painted people of the Steppe and Japanese self-mummifying monks, this book reveals what scientists and experts have uncovered about our ancestors’ lives from the bodies they left behind. Find out what these people ate, wore, believed in, enjoyed doing and much, much more in this unique and stunningly illustrated book.

With an engaging text by Matt Ralphs, written in consultation with experts from the British Museum, and beautiful, respectful artwork by Gordy Wright, this is a book that will delight and inspire anyone aged 9+ with an interest in history, archaeology and anthropology.

One of Erin’s favourite topics is Ancient Egypt… and she hasn’t even done it at school yet! We actually took a trip to the British Museum to look at the Egyptian section, which Erin obviously loved. Secrets of the Dead. Mummies and other human remains around the world is a book published through Nosy Crow but in partnership with The British Museum.

Beginning with Africa, the book focuses on some of the mummies we will probably already know. Tutankhamun is maybe the most well-known mummy and of course, has a few dedicated pages. You’ll find the pages filled with really great information, such as things mummies were buried with and why.

Another really interesting page in the Africa section is about the Gebelein Man, which can actually be seen in the British Museum. The body is really well preserved and is a must if you’re visiting the museum.

From other sections in the book children can learn about the first mummies, which were not from Egypt, catacombs, death in bogs and also super cold icy places. This is such a great book for learning about different cultures and how different people thought about the dead. It’s so interesting to find out who preserved the dead like the Egyptians and who didn’t.

At the back of the book you’ll find a great map showing where all the different mummies in the book are from. I think this will really help children to visualise how far apart everything is. There’s also a really useful glossary so children can look up some of the words they might not know as they are reading.

This is definitely one of our favourite books this year.