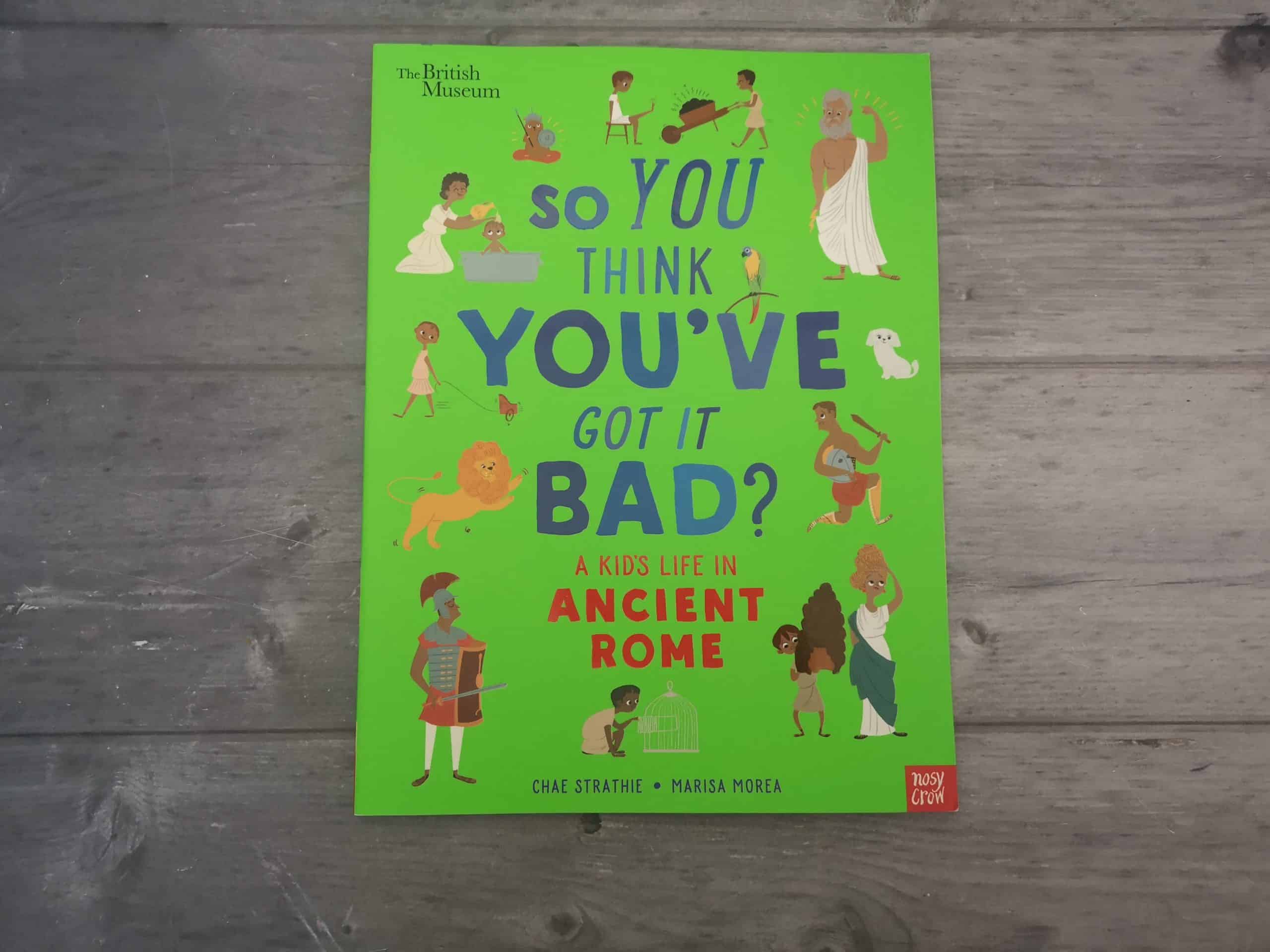 This week’s children’s book review is all about So You Think You’ve Got It Bad: Ancient Rome by by Chae Strathie and Marisa Morea. It was published by Nosy Crow on 1st August 2019. It can be purchased on Amazon (AD). 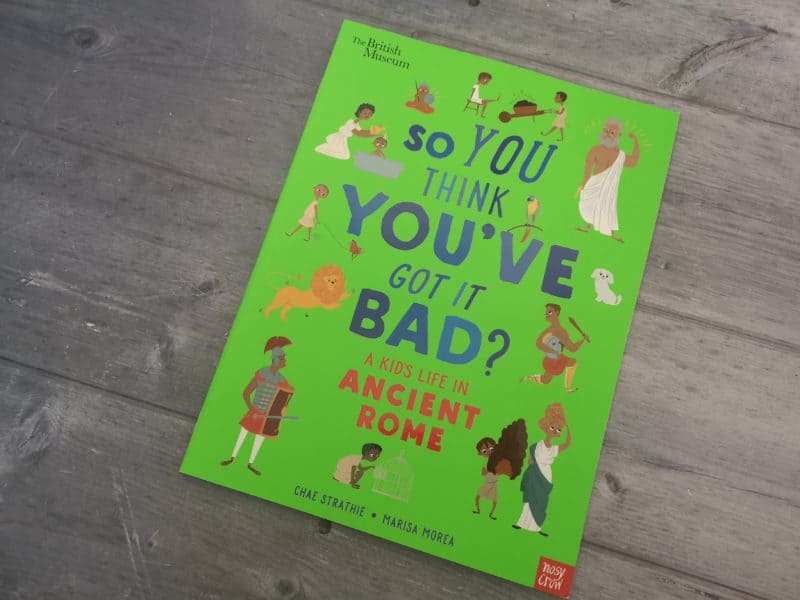 Written by award-winning author Chae Strathie and developed in consultation with experts from the British Museum, this fascinating book reveals what life was really like for kids in ancient Rome, from washing clothes in wee to snacking on dormice . . . and even fighting in gladiatorial combat! Packed with facts and fantastic illustrations, this funny and accessible introduction to ancient Rome is a must-read for kids with a passion for horrible history. 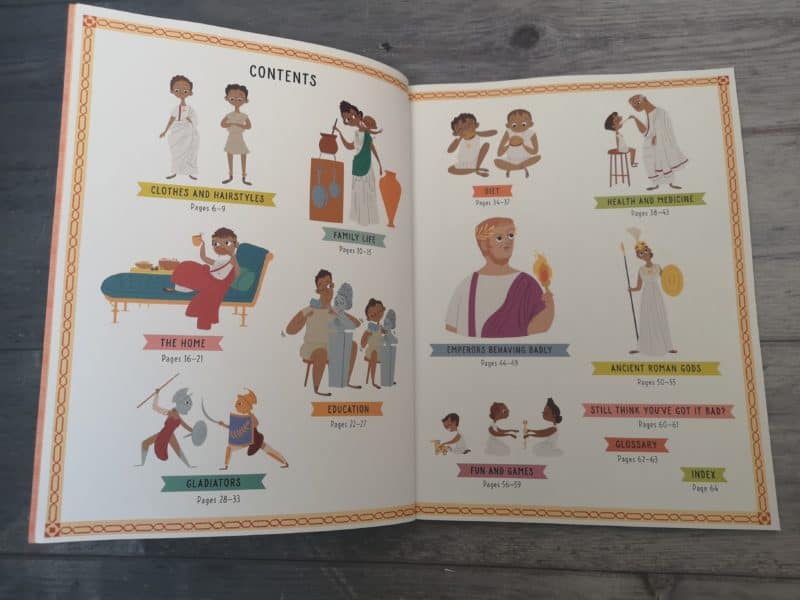 As a child I was always really interested in learning about old places and the things and people that came before us. One of my favourite periods to learn about was Ancient Rome and Erin has been showing an interest in learning about similar things recently. With her only being 4 I struggled to find any book in the library aimed at children her age. When I learned of So You Think You’ve Got It Bad: Ancient Rome I was hoping it would be suitable for her. 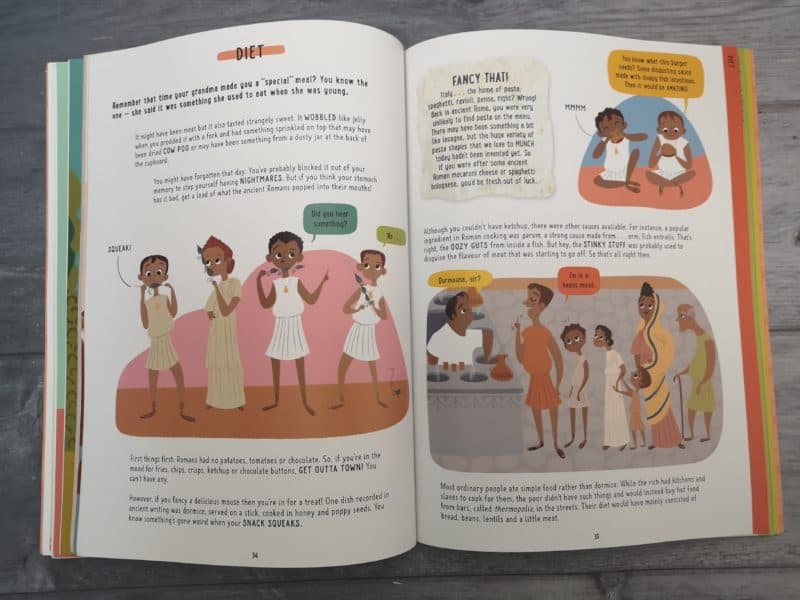 So You Think You’ve Got It Bad: Ancient Rome is laid out really nicely, with a clear contents table at the front of the book. There are 9 main sections covering topics such as education, the home and family life along with a lot of others. The contents page also has some great images so even though Erin can’t read, she can pick out what is in each of the different pictures. 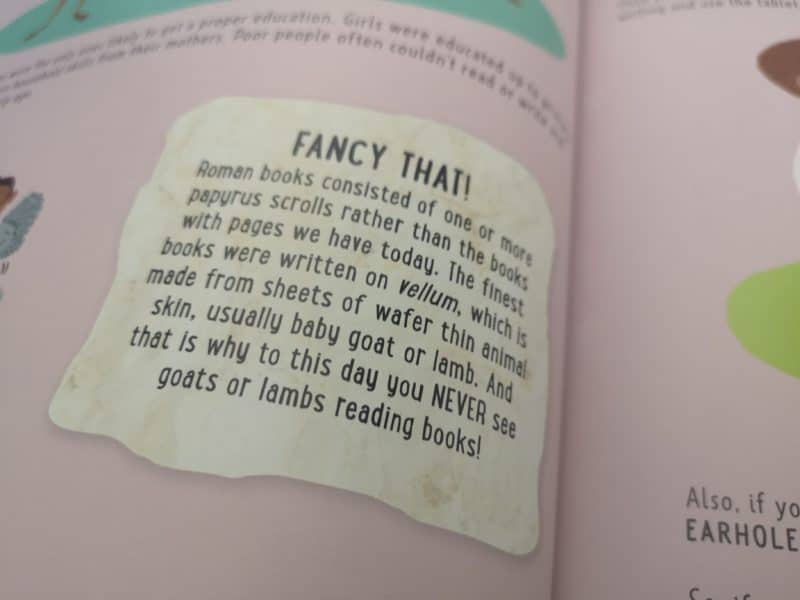 Each page has a couple of areas called ‘Fancy That’ where there is a really fun bit of information. It’s nice that the pages are split into sections so that children aren’t overwhelmed by lots of text but instead can read the bits that they want to. All of the text is quite short and snappy and uses language that children will get on well with, rather than being too serious. 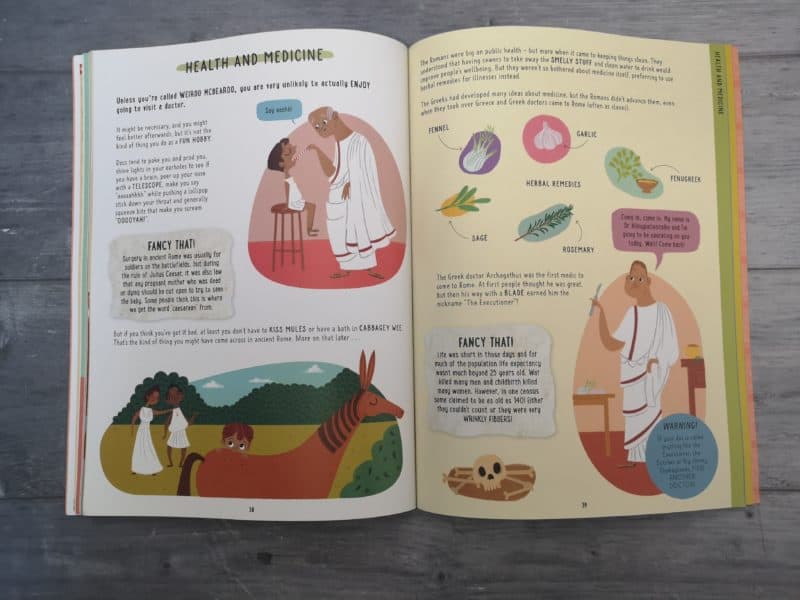 To match the fun facts there are lots of great images to help illustrate what happened in Ancient Rome. This is a great way for children to match up what they are reading, or being told, and the pictures can be a really good talking point.

So You Think You’ve Got It Bad: Ancient Rome is a really interesting learning resource for children but it also makes history a lot of fun! 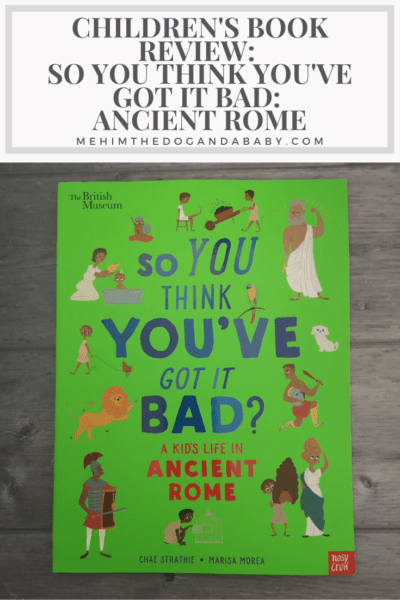