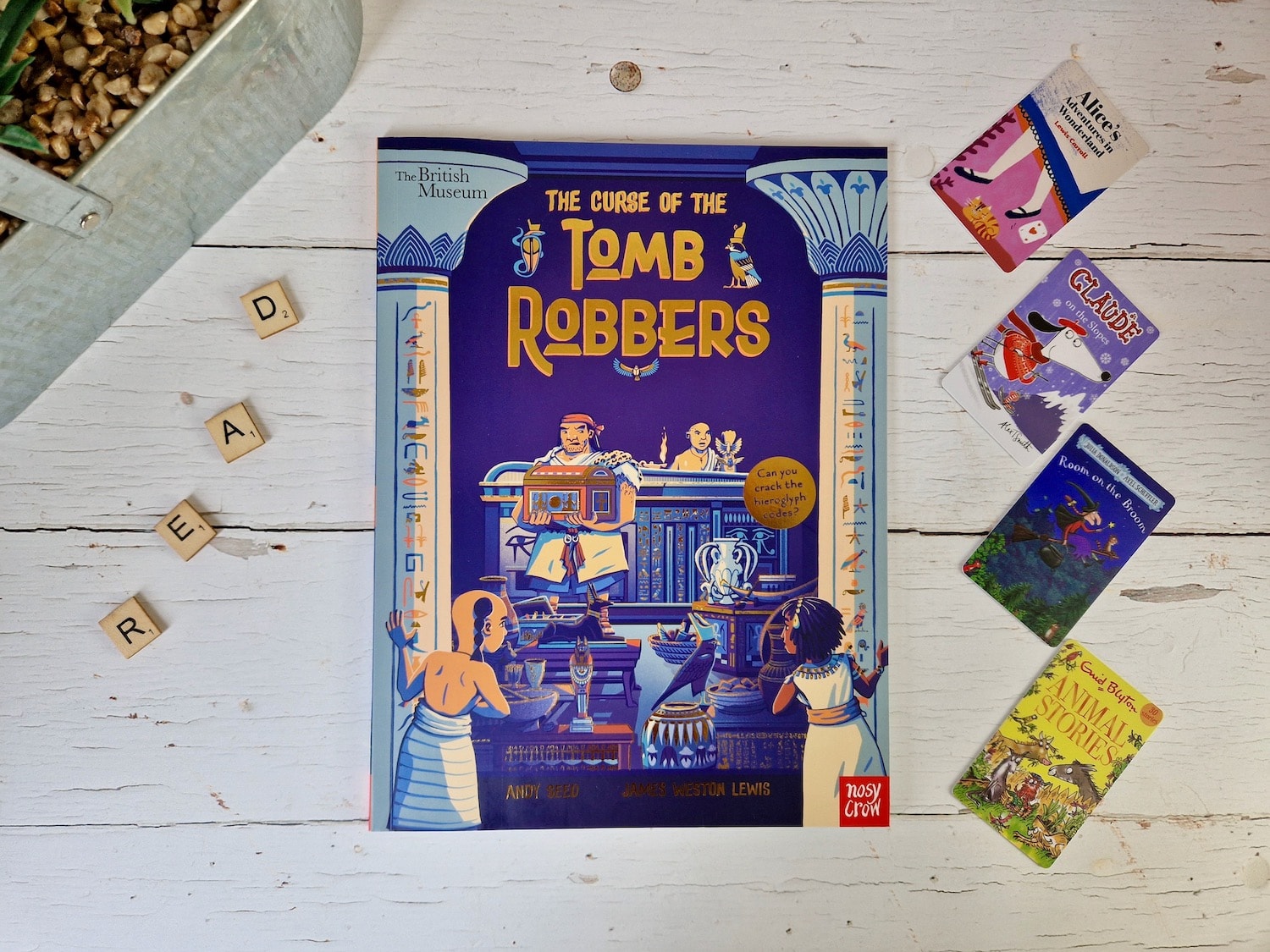 This week’s children’s book review is all about The Curse of the Tomb Robbers by Andy Seed. It was published by Nosy Crow and can be purchased on Amazon.

When ancient Egyptian friends, Nub and Iteti, overhear a gang of tomb robbers plotting to raid Queen Neith’s tomb, they set off on a quest to stop them. But there are lots of clues and puzzles to solve along the way, from a suspicious list of hieroglyphic words found in the marketplace to a confusing maze across the River Nile. Will they get there in time to stop the robbers unleashing a terrible curse? And who was behind the evil plot all along?

With breathtaking artwork, fascinating facts about ancient Egypt and a fold-out guide at the back of the book which explains how to read hieroglyphs and contains an easy-to-use hieroglyphic dictionary, this is the perfect book for children who love history and hair-raising adventures.

Featuring hieroglyphic messages, mazes, logic puzzles and more, children will enjoy immersing themselves in ancient Egypt and taking part in the story.

One of Erin’s favourite things to learn about is Ancient Egypt as she is fascinated by mummies. This book, although filled with loads of information, is also in a storybook style. I really liked the mixture of story with the characters Nub and Iteti, as they discover tomb robbers in Ancient Egypt. The story is a real adventure, with characters following the tomb robbers to find out what they are up to.

There are lots of different things for readers to do throughout the book, as well as follow along with the story. On each page, there is a scorpion to find and there are also six cats hiding somewhere in the pages. Not only that but there are 11 puzzles to solve throughout, written in Egyptian hieroglyphs. There’s a chart in the back of the book so children can translate it into English to find out what each symbol means.

Sometimes educational books can be a bit boring, with too much information for children to take in but that’s definitely not the case with this one. The Curse of the Tomb Robbers makes learning about Ancient Egypt really fun and in a way that I’ve not seen before. Children will not only learn from the challenges and the story but also the really detailed illustrations throughout.