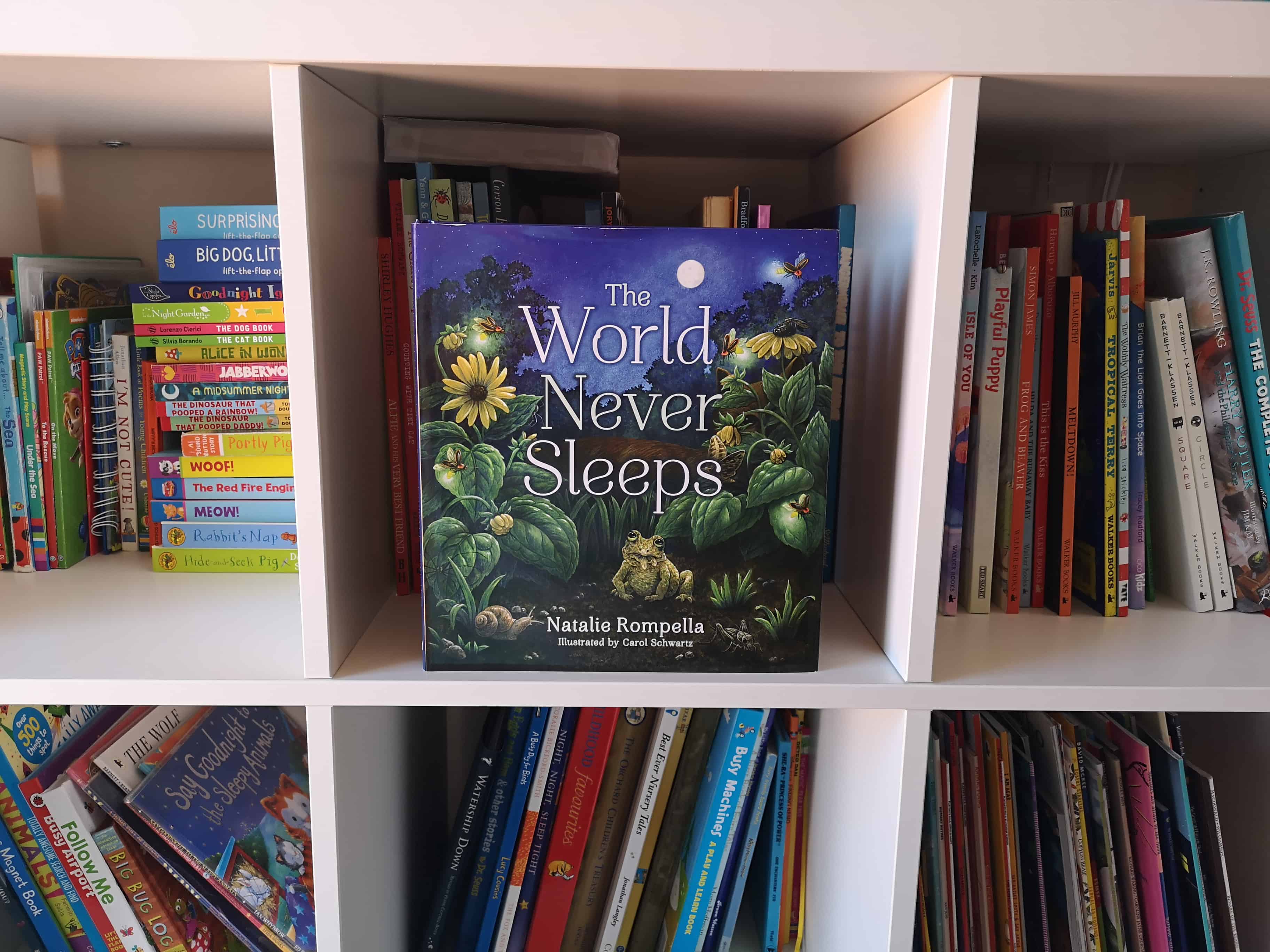 The World Never Sleeps by Natalie Rompella, published by Tilbury House Publishers on 1 July 2019. Available to purchase on Amazon. 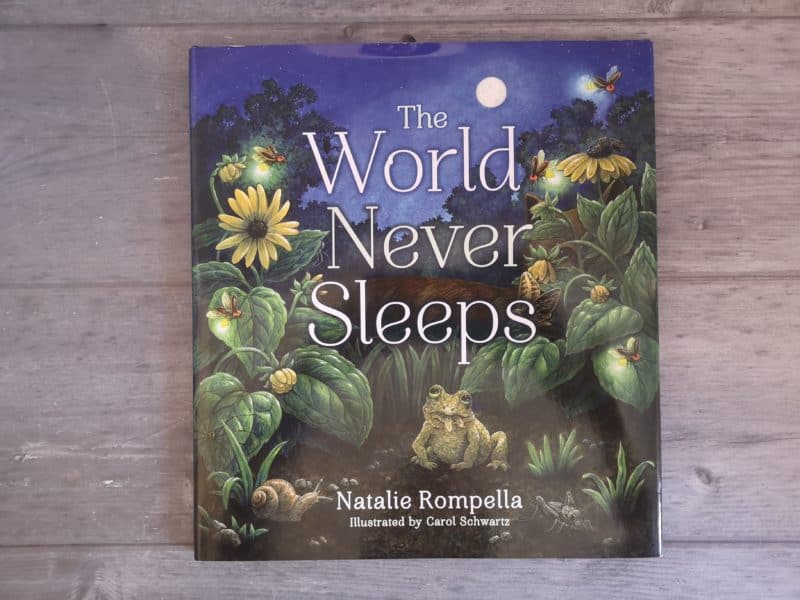 Midnight. Stars speckle the darkness with bits of light.

A cockroach skitters across the kitchen floor to snatch a forgotten breadcrumb. In the backyard, a spider weaves an intricate design on the fence. Winged insects dance and flicker in the porch light. 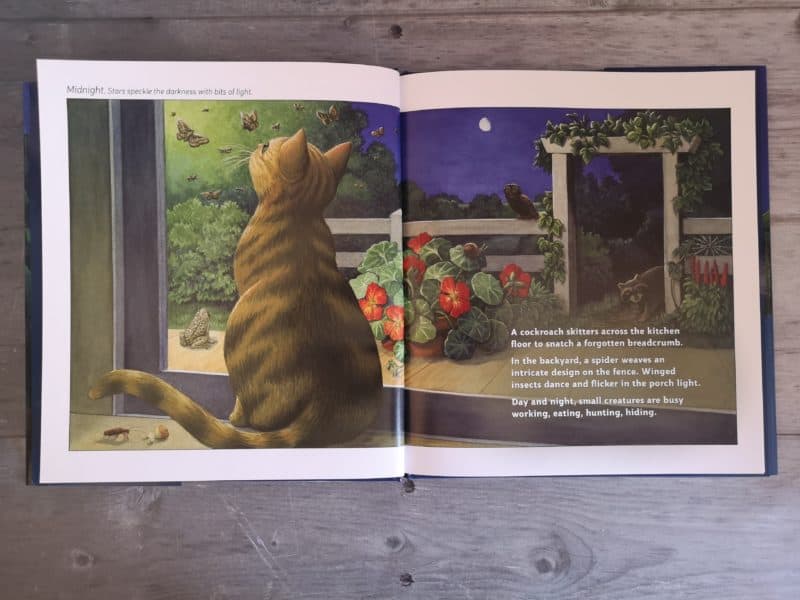 Just recently Erin has been a lot more interested in all different kinds of animals and bugs. While we have a few books for her that are either just about bugs or just about animals, we haven’t come across anything about what happens with animals during both the night and day yet and that’s where The World Never Sleeps by Natalie Rompella fills a gap! 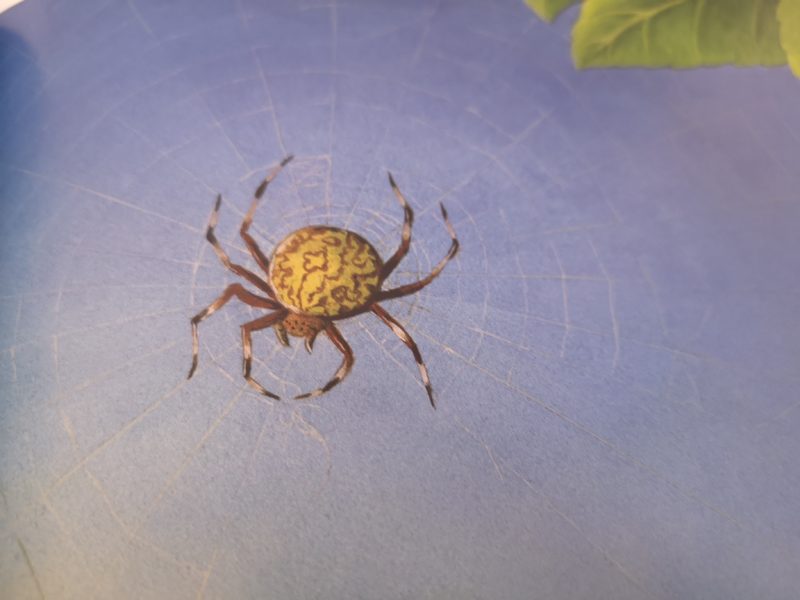 Unlike some other books about bugs and animals, this one isn’t just full of facts and figures. The World Never Sleeps introduces new animals and creatures on each page by telling a story about where they are and what they are doing. We start off with centipedes in the basement, both big and small and we learn about what they like to eat! We are later introduced to spices un their webs and dragonflies in the pond! 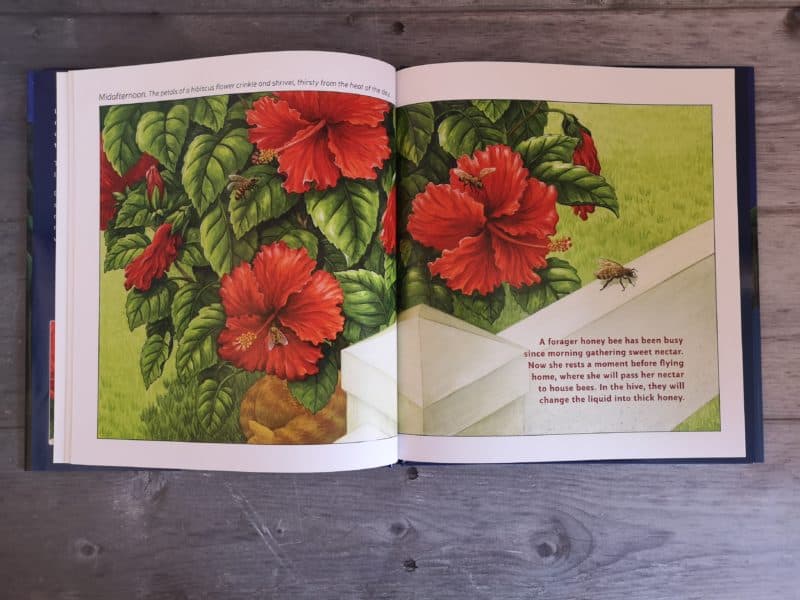 There is a really nice mix of seeing the creatures in both the night and day. In the day there are the likes of butteries or forager honey bees as well as wriggly worms underground. The illustrations not only show what animal we’re looking at but their surroundings and where they like to live/ what they like to do. Each page is bright and colourful, even when the creatures are being seen at night. 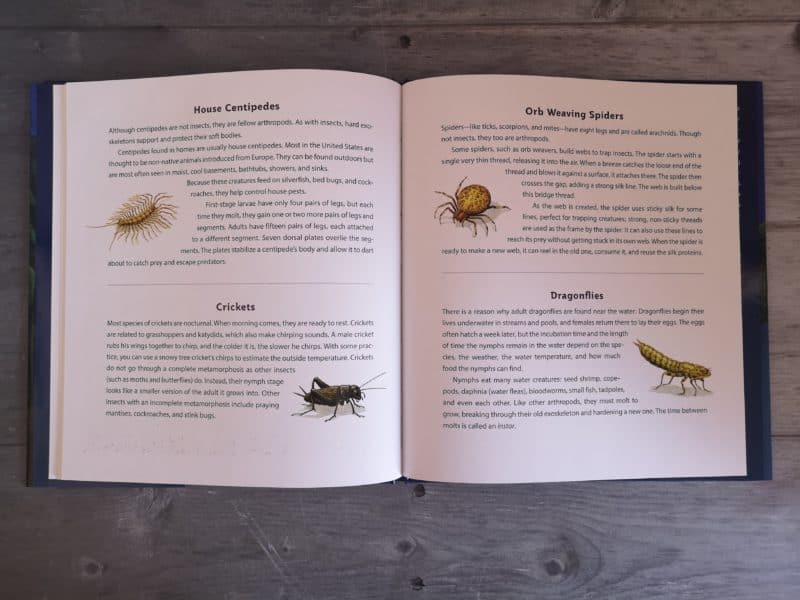 At the end of the book there are a few pages with more information about each creature that was shown in the book. There are pictures to support the text and great detail about what that particular animal does or likes to eat. I think this part of the book is a great addition to the rest, as it will help children to learn that little bit more about any of the creatures they might be interested in specifically.

The World Never Sleeps by Natalie Rompella is such a lovely book about the animal world and different to others we have read! 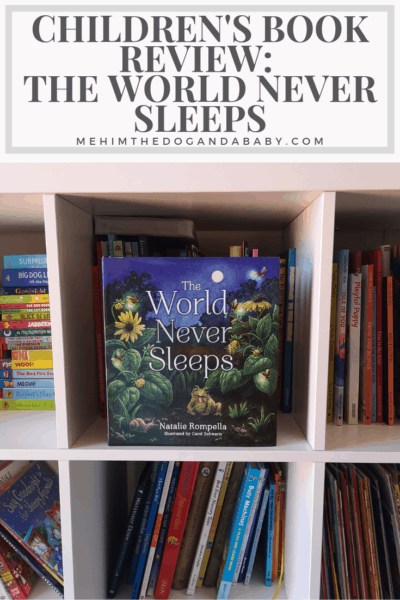