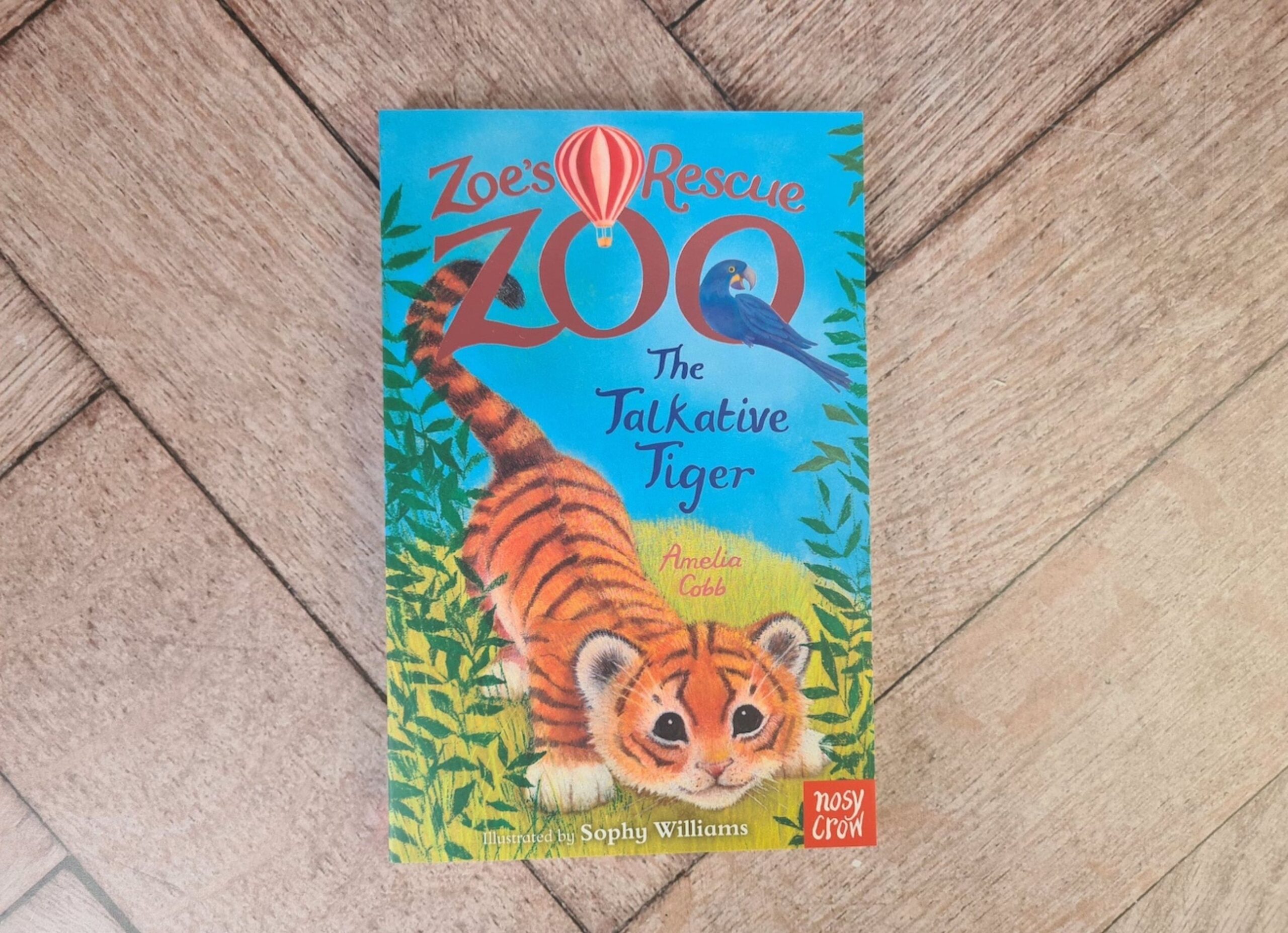 This week’s children’s book review is all about Zoe’s Rescue Zoo: The Talkative Tiger by Amelia Cobb. It was published by Nosy Crow and can be purchased on Amazon*.

Zoe loves living at her uncle’s rescue zoo because there’s always something exciting going on. And Zoe also has an amazing secret… She can actually TALK to the animals!

Zoe is thrilled to welcome a new animal to the rescue zoo – an adorable tiger cub! The talkative cub loves to make friends but his stories are keeping the other animals awake all night. Can Zoe come up with a sleepover solution that makes everyone happy?

The Talkative Tiger is a chapter book and the first one that we’ve read with Erin. As we generally only read a chapter or two before bedtime I was a bit worried about Erin forgetting where we were or what was happening between chapters. However, this wasn’t an issue at all and Erin very quickly recapped what had happened last time before we carried on reading.

To start with, this is a long running series of books and The Talkative Tiger is book 21. Prior to this, we hadn’t read any of the other books in the series but I don’t think it really matters. We didn’t feel like we’d really missed out on anything as there is a sort of recap at the beginning about the setting of the story and what’s going on.

Main character Zoe is a bit special as she is able to talk to animals! This is a pretty amazing skill to have, especially as her Great-Uncle owns a zoo! The book introduces the setting really well and Erin couldn’t wait to find out more about Zoe and the animals, especially the new tiger cub! The story was really fun and Erin got really involved while we were reading it, asking questions herself about animals, zoos and other things like that.

This book is recommended for ages 5+ and I think this is spot on. Erin is 5.5 and while she can’t read the whole thing herself, we read most of it together with her recognising words throughout. The Talkative Tiger is a great place to start if your child is new to chapter books and I think we’ll now be getting others in the series. 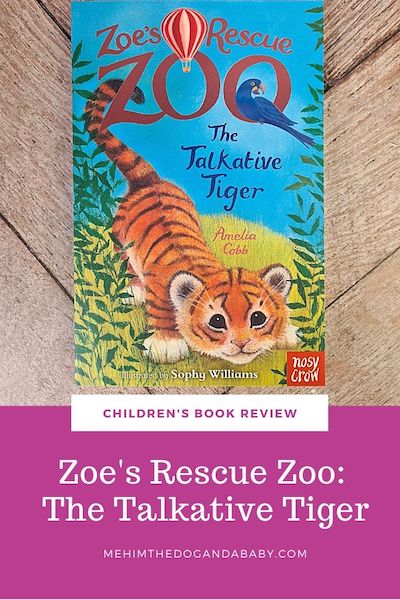