A couple of weeks ago when John was off work we got to have a day out with some good friends which was long overdue. The weather was supposed to be nice so we planned a day to Wroxham Barns which is in Hoveton, Norfolk. Unfortunately, we don’t go here very often because we don’t drive and you can’t walk there from the Hoveton/ Wroxham train station due to there being no footpath.

The weather forecast told a big fat lie and the morning was actually pretty miserable. Erin had cried during the whole 15 minute car journey and it was also raining when we got there. Not a great start but we figured we’d go anyway! Wroxham Barns has quite a lot to see but we went for the Junior Farm. It was actually not a bad thing that it was raining slightly really though as it meant there not being very many people about. We had the place to ourselves near enough for the first 20 minutes or so. 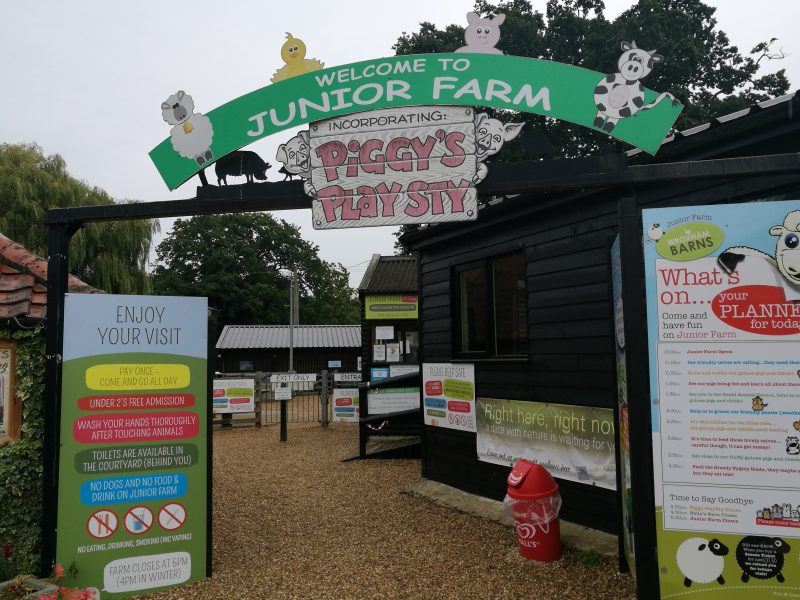 Entrance to Wroxham Barns is free but you do have to pay for activities such as the Junior Farm or the Circus. Entrance to the Junior Farm is free for under 2s but costs £6.50 otherwise. I think it’s a little bit unfair to charge the same amount for a 2 year old and an adult though.

When you pay to enter the Junior Farm you are able to buy bags of animal feed for 50p each. Trust me when I say you will probably need at least 4 or 5 bags.

The Junior Farm has loads of animals to see and feed. I have been once before with Erin back during the Easter holidays but Erin wasn’t too sure about the loud animals then! Not this time though! She ran straight up to the sheep and was so curious about them. She didn’t get close enough to feed them herself but was happy putting stones through the fence. She thought she was feeding them so that’s something I guess. 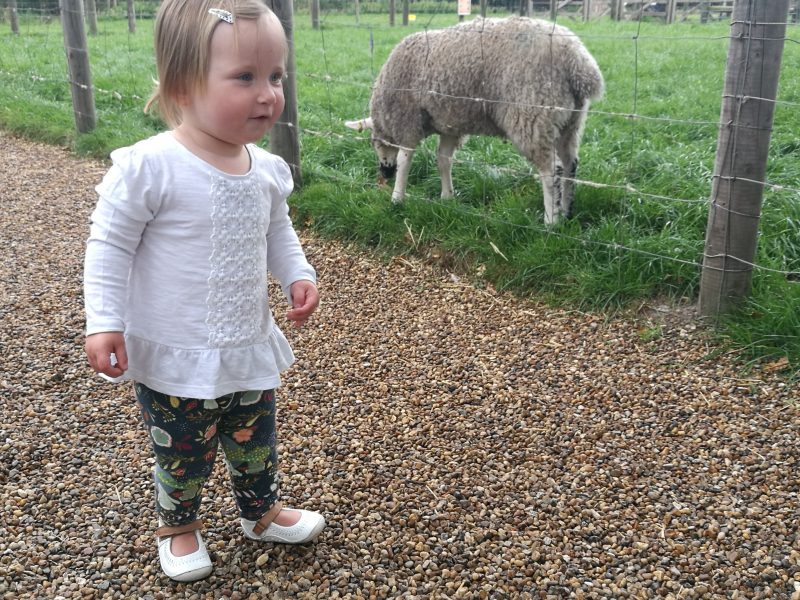 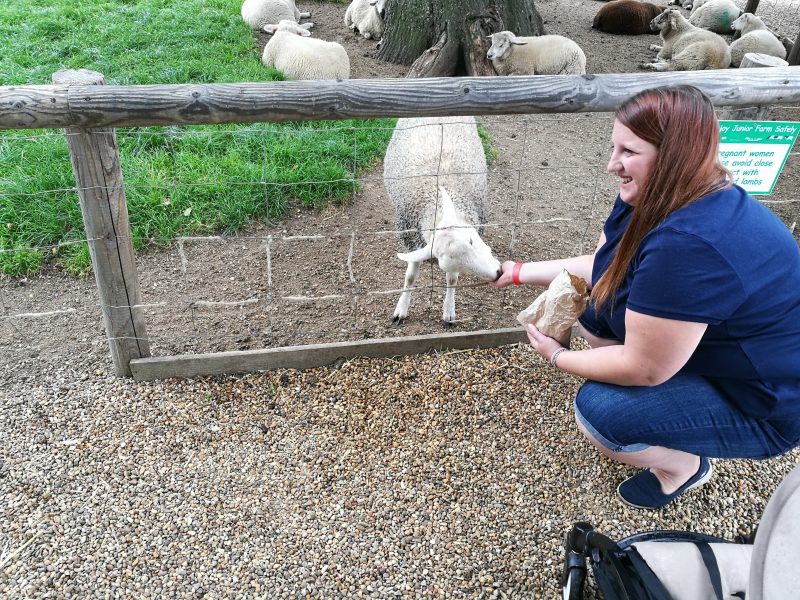 The Junior Farm has some pretty crazy goats. There is a warning on the enclosure to say that they will try to steal bags of food… and they do! Erin would only go in here with me holding her and even then, she was less than impressed. I thought it was really quite fun though! 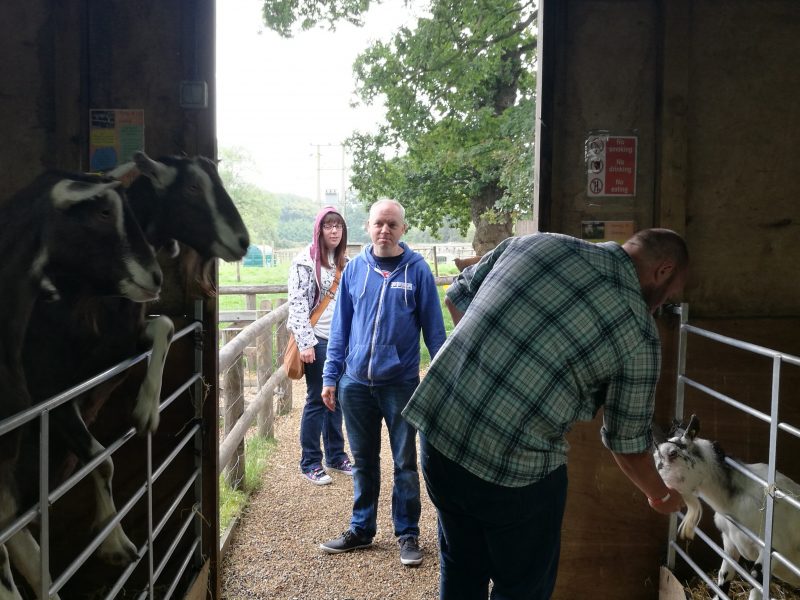 Something I really love about the Junior Farm is that they have a small soft play area inside. This is really great if the children are getting a bit bored of animals or if you just need something different. Our friends headed off to find some caffeine while Erin dived head first in the ball pit! 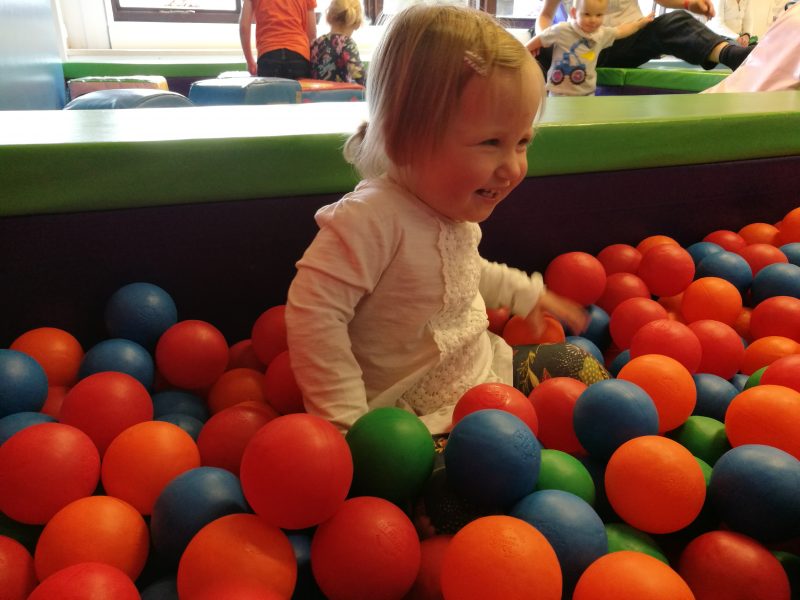 We probably had about 15-20 minutes in the soft play area which wasn’t long but it was enough to make Erin happy and it also gave us a chance to get a snack in her! I think she’d have loved to have had a bit longer really but she’s like a little bomb of tiredness sometimes and we still had other things to see!

Along with sheep and insane goats, there are also some super cute and fluffy animals to see. There are different feeding and holding times throughout the day and we managed to catch one of them! 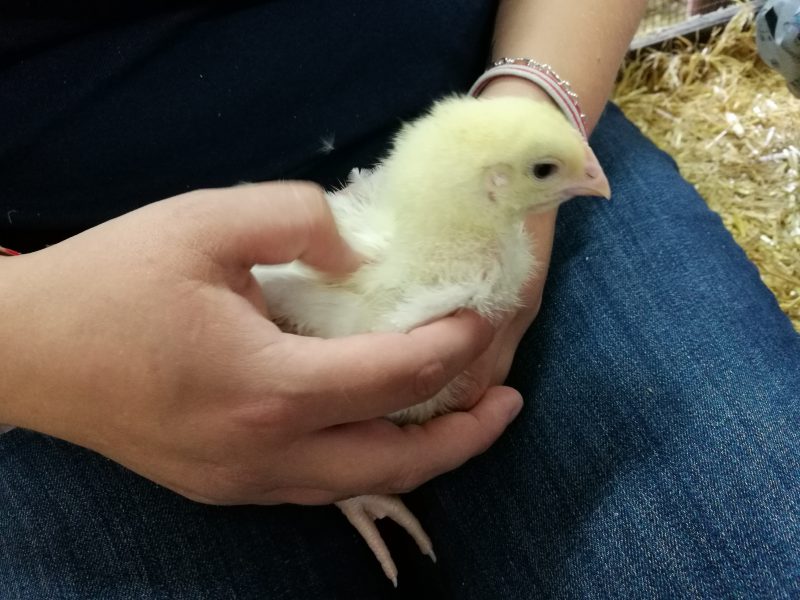 Erin was not at all bothered about the adorable fluffy chicks but I was! I was so happy to have a little cuddle. We also got to hold a guinea pig, which Erin was a bit more bothered about! 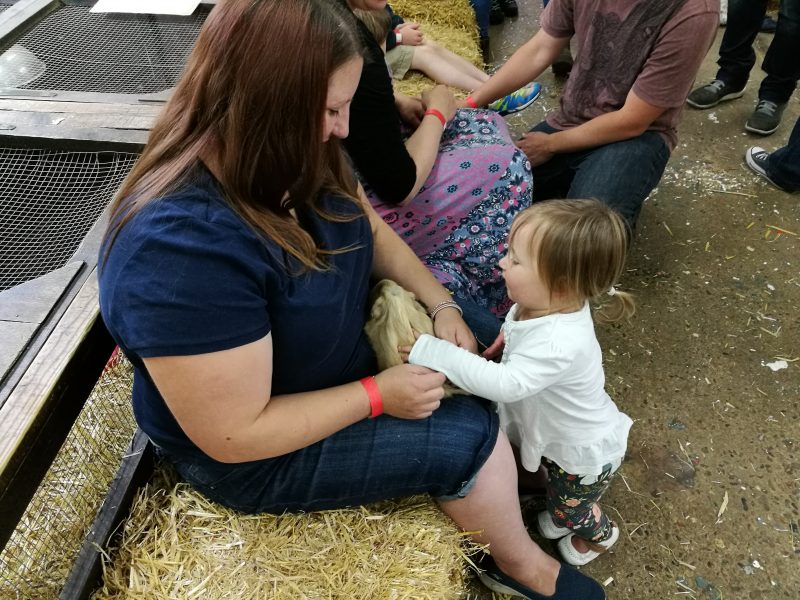 After the chicks and guinea pigs, Erin was clearly getting a bit annoyed as it was lunchtime so we didn’t stay much longer. We had enough time to quickly see the sheep again on our way out, which Erin was really happy about!

Wroxham Barns does have a cafe, restaurant and also quite a few different shops but we chose to go elsewhere to eat. I really want to go back again when Erin can cope with it for a bit longer. We got there shortly after 10 and left about 12. If you have older children who can cope with more time, there is so much more to see!

Have you been here before? I’d love to know what you thought of it.

2 thoughts on “A Day Trip To Wroxham Barns, Norfolk”