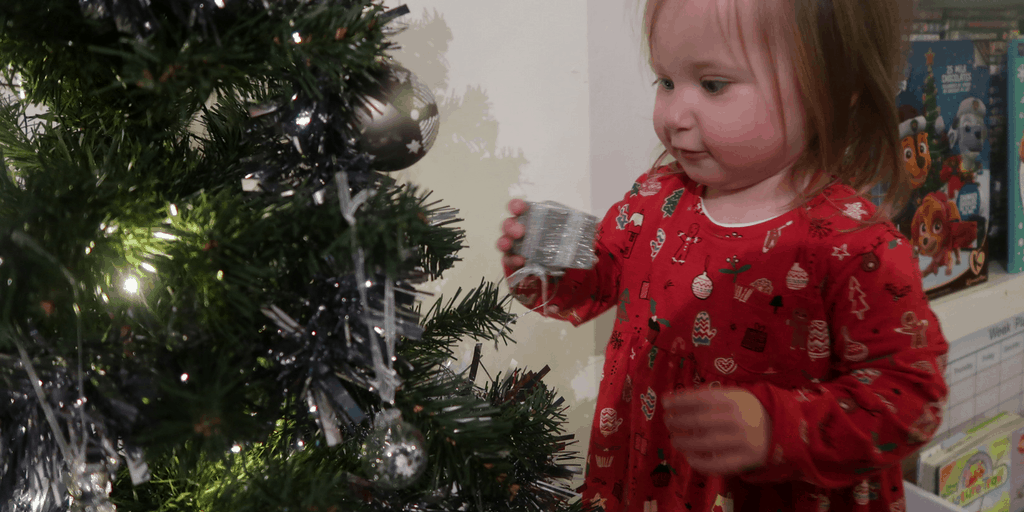 With Erin now being nearly 2 this is the first year that she has really gotten into the idea of Christmas. She started getting excited about seeing the lights and the decorations in the shops as soon as they were put out even if she didn’t know what they were for. So, this year I decided that although I would put up all of the house decorations I would let Erin help us decorate the Christmas tree.

I had already put the tree up the night before as I knew that this was something Erin couldn’t help with… but would want to. I also put on the tinsel and the lights because again, it was a lot easier to do so without Erin trying to get her hands into everything and trying to help. As soon as I got the box of decorations out Erin was instantly interested. Of course, what toddler wouldn’t be interested in a box full of silver, shiny baubles! 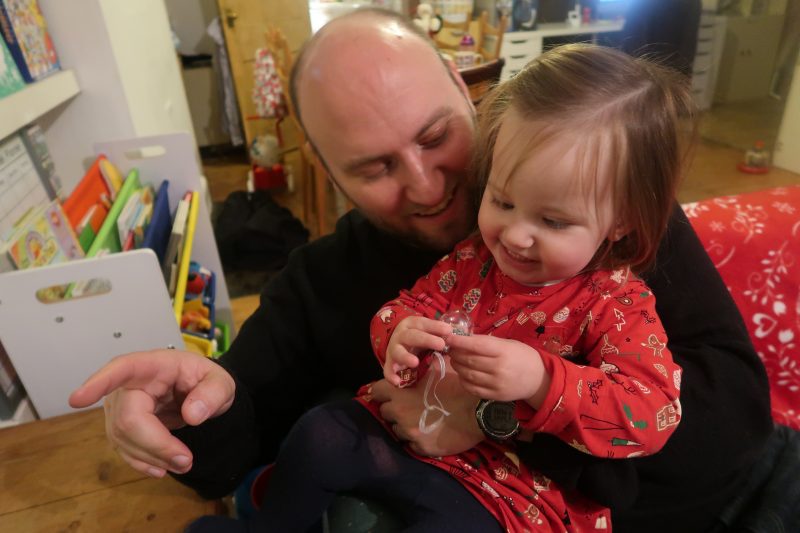 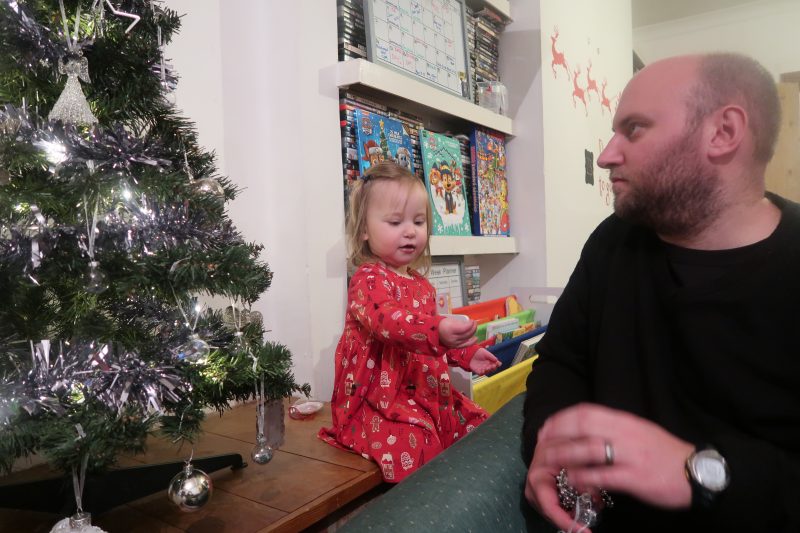 John tried to help Erin to put the baubles on the tree but she’s a very independent girl at 23 months old and didn’t want any help at all! Instead, she wanted to stand next to the tree and do everything herself. She did a pretty good job too! 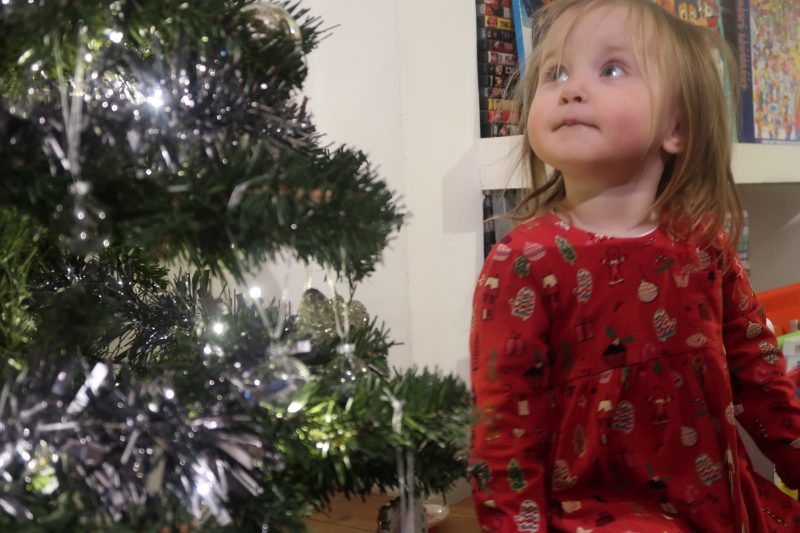 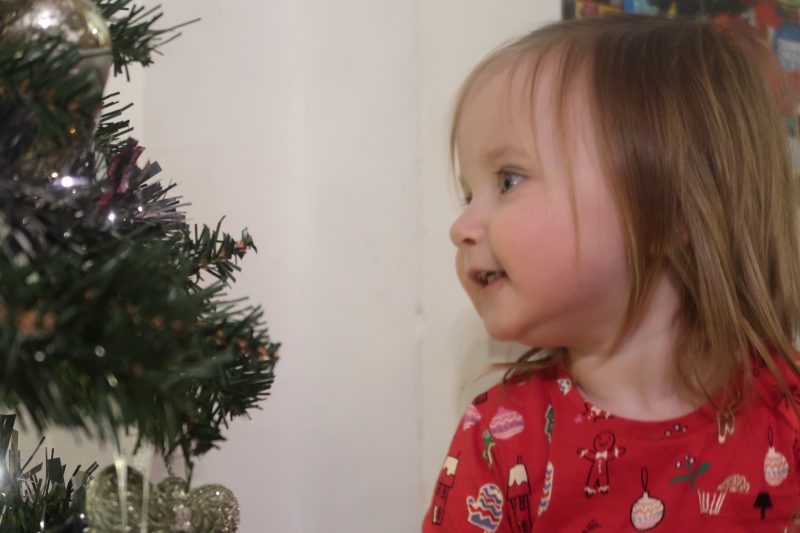 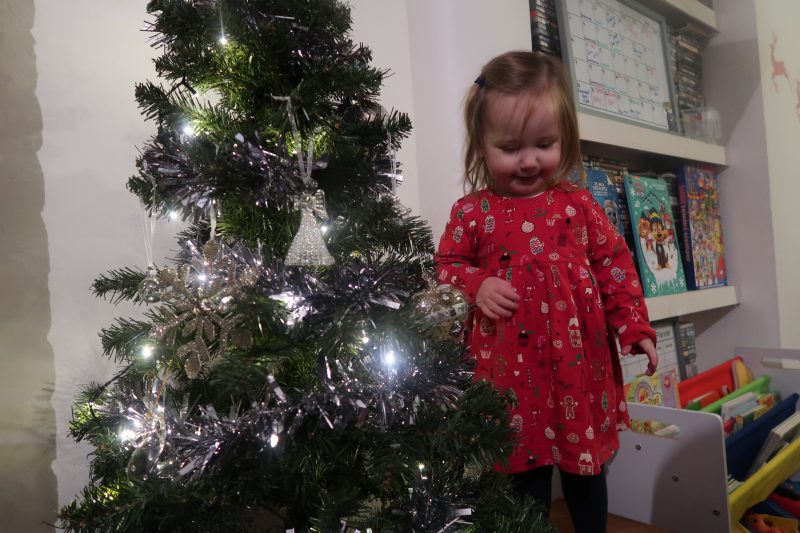 Unfortunately, Erin didn’t realise that there was only so much space on the tree and we couldn’t keep going indefinitely. She kept asking for more baubles or trying to take them off the tree when we said no. Erin did get the most important job though of putting the star on top of the tree with the help of her Daddy. Erin LOVES stars so I think this was her favourite part and yes, she did try to do it a million times. 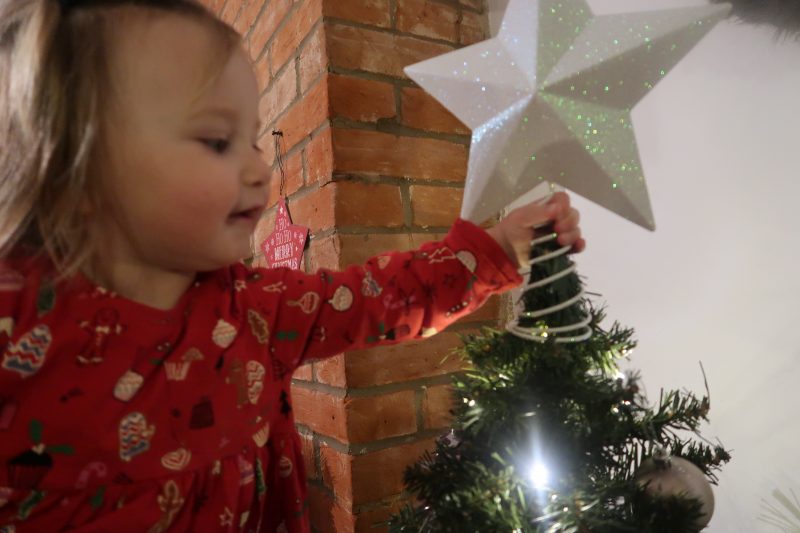 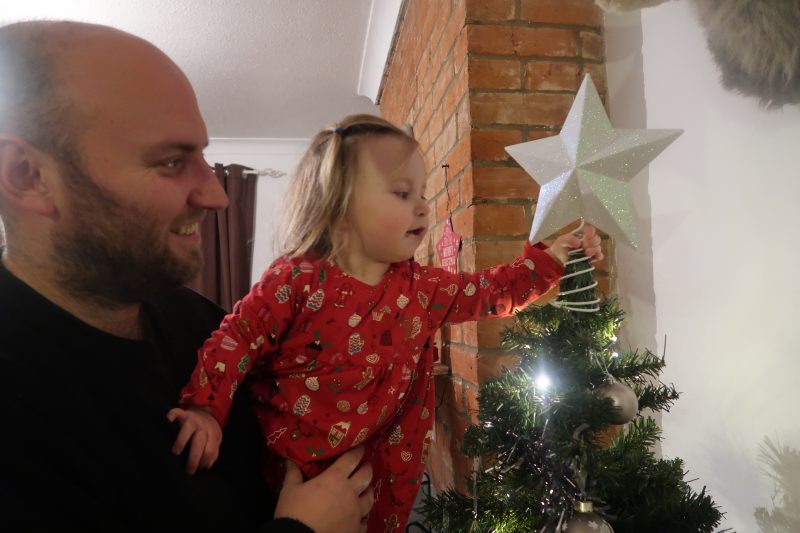 We had so much fun decorating the Christmas tree as a family this year and it will be something we do together every year now. I can only imagine what Erin will think when we finally use the 7ft tree we have in the loft!

If you fancy having a look around our house at our Christmas decorations, take a look at one of our recent Youtube videos! 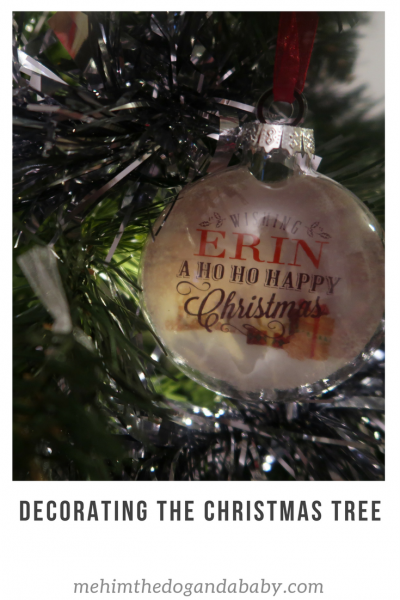